A new and efficient tool for optical designs

The idea of so-called solid telescopes was originally proposed in 1936,1 and the first attempt at the implementation of one was made in 1963.2 The technology, however, was not yet sufficiently mature and the results were unsatisfactory. With today's state-of-the-art coating techniques, lens shaping, and availability of innovative materials, most of the known difficulties can now be overcome. Exciting new development programs can thus be proposed, with promises of cutting-edge solutions for several applications in the fields of innovative science (i.e., astrophysics) and industry (e.g., small- to medium-scale manufacturing of advanced compact devices).

In the past there have been severe limitations to optical designs, especially in the geometry of optical surfaces. Modern techniques and machinery, however, allow the production of advanced surfaces and shapes that are far from the traditional spherical or rotationally symmetrical optical elements. Optical designers can now use the ‘optical equivalent of a potato chip,’3 i.e., a completely freeform surface. The availability of such techniques provides optical designers the potential to solve any problem.

We recently proposed a new concept for a solid telescope that uses multiple reflections between the faces of a single lens.4 Our solid telescope contains all the optical surfaces in a single object (i.e., the glass). We have built our proposed telescope by polishing only two surfaces (S1 and S2), which are surfaces from the same piece of glass.4 Light enters through S1—at the regions labeled A in Figure 1—and is then reflected twice by both S1 and S2 inside the glass (at the annular regions labeled R1, R2, R3, and R4). Since the lens has an axial symmetry, the corresponding reflections in the upper and lower parts of the telescope are shown in Figure 1. We place a reflective coating on the central part of S1 and a transmissive coating on the external part of the surface. In contrast, S2 has a transmissive central region and a reflective external one. The light beam exits from the lens at the central region (E) of S2.

Figure 1. Optical scheme of the proposed solid telescope. The reflective glass surfaces (S1 and S2) are shown in red. Light can enter the telescope at the points labeled A. Reflections occur at annular regions R1, R2, R3, and R4. Light exits the lens at the point E.

The key parameters of our design were detailed previously,4–7 and we illustrate, as an example, the telescope's point spread function (PSF) in Figure 2. The main advantage of our solid telescope is that its PSF is almost unaffected by the instrument operating conditions, i.e., the instrument response is particularly stable. The alignment of the two lens surfaces is guaranteed from their manufacturing, is not affected by integration, and is only marginally modified by relatively large variations. These variations include the ambient temperature, which affects mechanical properties such as volume, geometrical characteristics (e.g., curvature), and optical properties (e.g., refractive index). 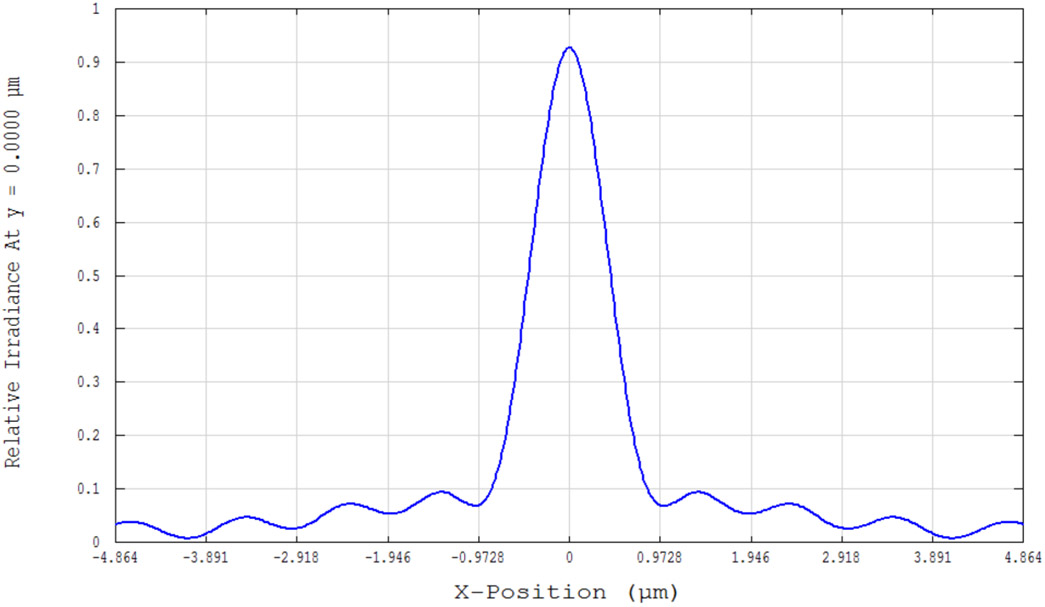 The ultimate goal of our project is to develop an effective tool for multiple applications, where compactness and stability are key parameters. We have therefore validated several issues during our development of the solid telescope. First, since photon collection is an important factor for many astronomical experiments, we have searched for a viable aperture value, or at least a reasonable obscuration/clear area ratio. The total transmissivity of the telescope is also a key issue. This parameter depends on the total thickness of the telescope (i.e., the thickness of the glass piece), on the choice of glass, and on the bandwidth of the instrument. In particular, we have tuned the thickness so that it is balanced with the instrument's field of view (FOV). We have conducted optical simulations, which indicate that larger FOVs require a greater distance between S1 and S2. This leads to an increased lens weight and therefore a degradation in transmissivity.

We have also tested and verified the stray light contribution associated with the solid telescope. So far, we have conducted ad hoc calculations and laboratory tests to determine the correct dimensions for proper baffling of each experiment. This is an important issue because our telescope design does not include a field stop, which means unwanted field input could be a significant problem. The final issue we have studied is the potential impact of thermo-elastic instrument variations on image quality and focal plane stability. This is a key parameter for potential space mission payload experiments. Our prototype instrument, which we have used for our various tests, is illustrated in Figure 3. 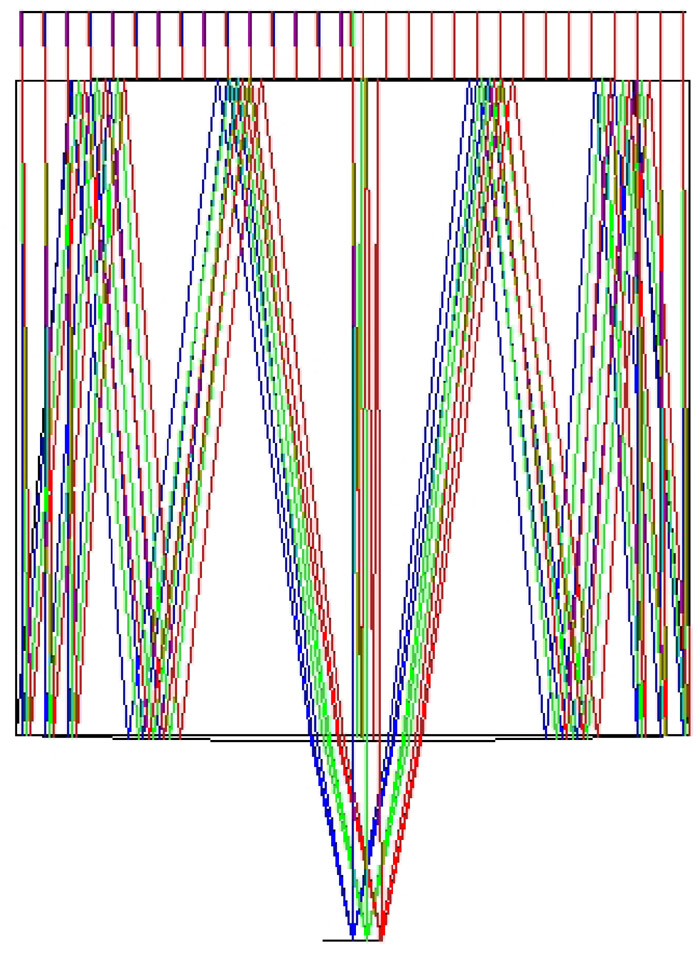 Figure 3. Drawing of the versatile solid telescope configuration, made using Zemax software. This picture shows a version of the design where the wavelength coverage has been stressed (i.e., from 350 to 1000nm).

We have developed a new solid telescope that can be an effective tool for several optical design applications. We have built a prototype instrument that has been used for several tests and validation experiments. One of the most promising potential uses for our novel design is as a solution for common problems that occur during space mission launch vibrations. We now plan to conduct further research on our surface coating materials, and to focus on specific innovative technologies such as ion beam sputtering or plasma ion-assisted deposition.8, 9

This work is supported by the Italian Space Agency through contract I/058/10/0 to the Italian National Institute of Astrophysics.

Alberto Riva has a nuclear engineering degree and obtained his PhD in physics and astronomy in 2008. He works on the Basic Angle Monitor instrument on the Gaia mission as the work package manager, an optomechanical expert, and a payload expert. His research specialties are optics, IR astronomy, and cryogenic environments.