Of the 40 solar observatories in Europe, only a handful are at sufficient altitude to deploy a coronagraph. This device, which is attached to a telescope to block solar light, allows the observer to study the sun's corona—the plasma atmosphere surrounding our nearest star—with high spatial resolution. A good understanding of the corona offers insight into the processes that are common in stars and elsewhere in our universe. It also facilitates study of the solar wind, a flux of particles from the sun that is accelerated in the corona. Interaction between these particles and Earth's atmosphere can cause magnetic storms and auroras on our planet.1

Since the 1980s, investment in coronagraphs has prioritized space-based systems, and the existing Earthbound platforms now need upgrading. Therefore, we have enhanced a ground-based coronagraph using a liquid-crystal-based spectro-polarimeter (which couples spectroscopy and polarization measurement for highly accurate characterization of light) developed at the INAF-Turin Astrophysical Observatory in Italy. The system is installed at the Lomnicky Peak Observatory, 2633m above sea level in the High Tatras mountains of Slovakia.

Our aim is to study the ‘ green line,’ an emission from the sun's corona, at 5303 angstroms (Å). From this we could determine the star's excitation mechanisms (the ways in which atoms absorb energy in collisional processes, resulting in the emission of photons at specific wavelengths). The green line is one of the strongest emissions at visible wavelengths, and can be seen from Earth during a total solar eclipse, or at high-altitude observatories with a coronagraph. The line was first observed in 1869 during a solar eclipse by C. A Young and W. Harkness, independently, using spectroscopes,2, 3 although it is strong enough to be seen easily in images of total solar eclipses. In the the 1930s astronomers determined that the line was associated with strongly ionized iron (Fe XIV).

Our system uses a Zeiss-200/3000 coronagraph manufactured in 1962 by Carl Zeiss Jena for the Astronomical Institute of the Slovak Academy of Science. Figure 1 shows the telescope's optical setup.4 At the front of the system is a single objective lens (BK7 glass, R1 = 1.71m, R2 = 17.0m, D = 224mm, f = 3m) and a primary diaphragm, which obscures the lens to a final clear aperture of 196mm. The focal lengths of the objective for the wavelength of the green line are 2975 and 2980mm for the axial and outer light beams, respectively. The central part of the optical system has an artificial moon, a thick mirror inclined with respect to the optical axis to obscure the sunlight (as would the moon in a solar eclipse) and that reflects the solar disk light out of the coronagraph tube. The artificial moon is fixed in front of a field lens in a hole at the center of the lens, and can be modified for various diameters. Behind the field lens there is a re-imaging triplet lens to partially correct geometric aberrations of the primary lens and to focus a diffraction image of the primary diaphragm on a Lyot's stop (an optical stop that reduces flare from diffraction caused by other parts of the system). The stop lies between the second and third lenses of the triplet and blocks the scattered light coming from the primary diaphragm. A notable feature of the system is a four-lens imaging objective of 9cm aperture. The combined action of both objectives creates the final image of the corona with a solar disk/artificial moon diameter of around 40mm. The coronagraph is equipped with a fast optical automatic guider that detects offsets of the actual pointing using two photodiode pairs in an anti-parallel connection, and provides closed-loop correction signals to the drives. The guider maintains the relative position of the obscuring disk against the solar image, ensuring a stable position of the field of view (better than 3 arcseconds).

We have installed a liquid-crystal-based spectro-polarimeter in the focal plane of the coronagraph. This device, originally developed for space applications, is a four-stage Lyot filter, which creates a narrow passband of transmitted wavelengths. Each calcite element of the filter includes a nematic liquid crystal variable retarder for active polarization. The system is able to scan the Fe XIV line with tuning steps of 0.1Å, and by moving away from the line can take measurements of the background. An additional liquid crystal polarization rotator provides the polarimetric capabilities. This device has a free spectral range of 25Å and a finesse of 17.5 A narrow band prefilter limits the bandpass in the range 5297.5–5316.3Å. Further details of the device's performance are available elsewhere.5,7,8 Figure 2 shows a schematic view of the filter, and Figure 3 the layout as a ray trace. 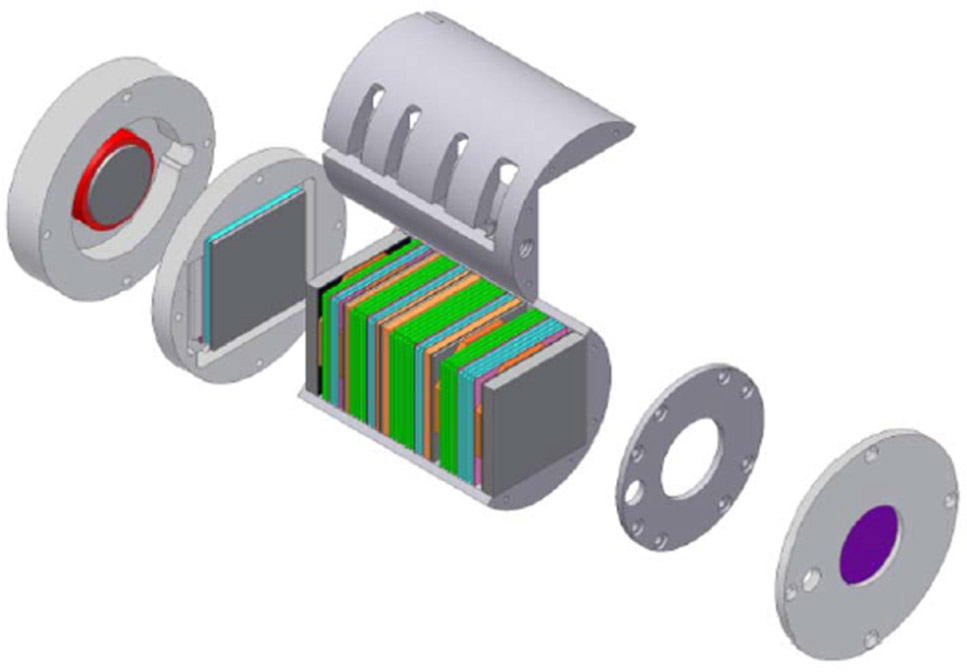 Figure 2. Schematic view of the liquid-crystal-based Lyot filter. The bandpass filter and liquid crystal polarization rotator are shown in front of the main filter.5

Figure 3. Ray trace of the coronagraph and the liquid-crystal-based Lyot filter.6

We installed the system and made the first acquisition of light in winter of 2013–2014. Debugging is now under way, and we expect to collect the first data in the summer or fall of 2014. In future work, we will seek to coordinate our studies with other coronagraphs observing different lines (for example, the COMP-S observing the Fe XII at 1074.7nm).

Part of this work has been supported by the COST action MP1104 Polarization as a Tool to Study the Solar System and Beyond. In particular, we gratefully acknowledge funding for Short Term Scientific Missions at the Lomnicky Peak Observatory, Slovakia. The Lyot filter was developed under the European Space Agency StarTiger program for the coronagraph of the formation-flying Proba-3 mission. This work was supported by the Slovak Research and Development Agency under contract APVV-0816-11. The work was also supported by the Science Grant Agency, project VEGA 2/0108/12.

Gerardo Capobianco is a member of the Solar Physics group. His research interests include the solar corona, with observations from Earth and in-flight. He also participates in activities to apply active optics in high-energy astrophysics.