A 28m-long light engine constructed with mid-power LEDs on a polyethylene terephthalate substrate has the potential to be a cost-efficient alternative to linear fluorescent tubes.
05 June 2014
Ming Li, Robert Harrison, Sridharan Venk and Keng Chen

In recent years, solid-state lighting (SSL) products have been increasingly sold in place of traditional incandescent or halogen lamps. The replacement of linear fluorescent tubes by SSL devices has lagged behind, however, due to a number of challenges.1 First, the efficacy advantage of SSL linear products compared with fluorescent products is small. Competitive initial costs are therefore required to ensure a return on the investment of an LED upgrade. Second, there are many different types of existing luminaires (electrical devices that create artificial light) that require different-length LED modules. Linear LED modules could thus be built in several lengths for each of these applications, but this is not a cost-effective solution. Finally, upgrading a fluorescent luminaire to an LED usually requires additional wiring and mounting of multiple LED modules during installation, which is time-consuming and also not cost-effective.

A typical LED module (light engine) contains packaged LEDs, a rigid FR4 (fiber glass and epoxy resin composite material) printed circuit board (PCB), and other miscellaneous components. Although the LEDs are currently the most expensive component of the modules, their price has been rapidly dropping over time.1 The PCBs and their constituent materials are the second most expensive components, but their costs have remained fairly stable. This means that the proportion of the PCB within the total cost of the light engine will become increasingly high (see Figure 1). Flexible polymer materials are potential low-cost alternatives for the fabrication of PCBs. Moreover, their flexible nature provides additional advantages such as design freedom for curved geometries, and the ability to support roll-to-roll (R2R) manufacturing (creating electronics on a roll of material). An ideal candidate PCB material should have high dielectric strength, high optical reflectance, and high mechanical strength at various temperatures. In addition, it should be chemically stable, able to withstand wet etching, and ecologically friendly. A specially formulated polyethylene terephthalate (PET) material with fillers is the leading PCB material as it meets all the requirements and is significantly cheaper than fiber glass-based FR4.2, 3 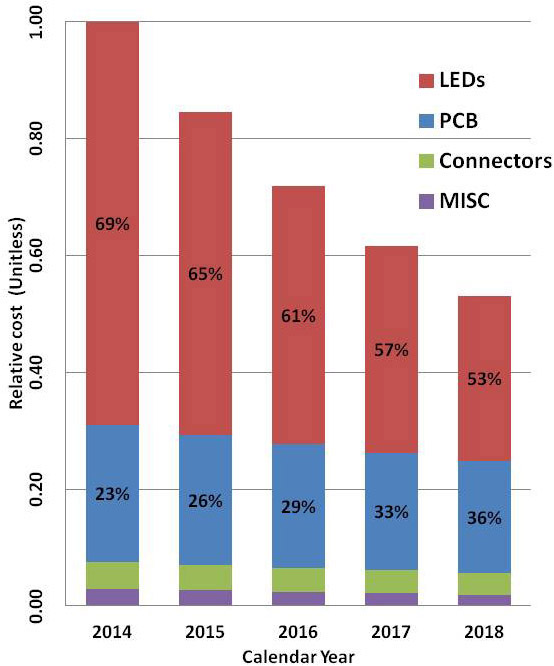 We have built a three-layer flexible PCB in which a thin copper layer is sandwiched between two white PET layers (see Figure 2). As for typical FR4-based PCBs, we selectively wet-etched the copper layer to form the desired circuitry. The bottom PET layer serves as an electrical insulator, and the top PET layer provides better protection than a traditional solder mask. It also has a very optically reflective surface (more than 90%), which could increase the amount of light recycling in a luminaire. 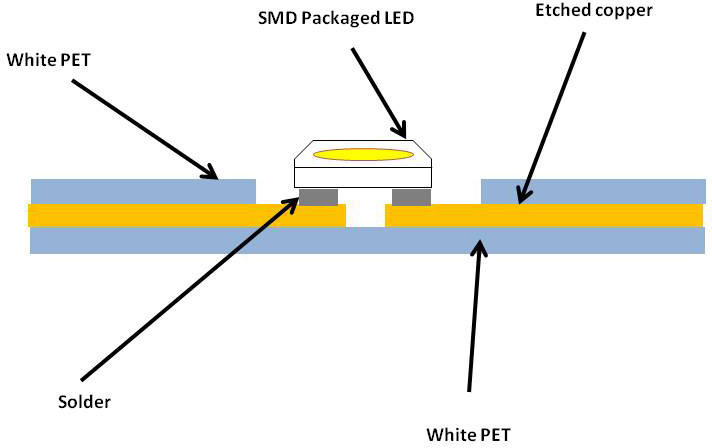 It is generally accepted than an LED driver should be designed as a constant-current source because of LED sharp voltage-current characteristics.4 Unlike constant-voltage LED systems, a constant-current source system does not require a power-consuming linear regulator and therefore creates a 10–20% efficiency advantage. These system designs, however, require all parallel strings to have nearly the same forward voltage to prevent current imbalances between the strings. Most existing flexible LED module products are therefore based on constant-voltage systems.5 We address this problem by adopting a sophisticated LED binning and mixing process to support the more efficient constant-current approach. With our constant-current design it is possible to cut one or more of the parallel strings from the layout without unbalancing the current levels in the strings. This would allow a user to customize the length of the light engines for their own applications. Our continuous bus line layout allows current to be injected at almost any point along the bus line (see Figure 3). We assign every cuttable segment with one or more current locations. To power up the entire light engine, we attach a removable snap-on connector to any of these locations. 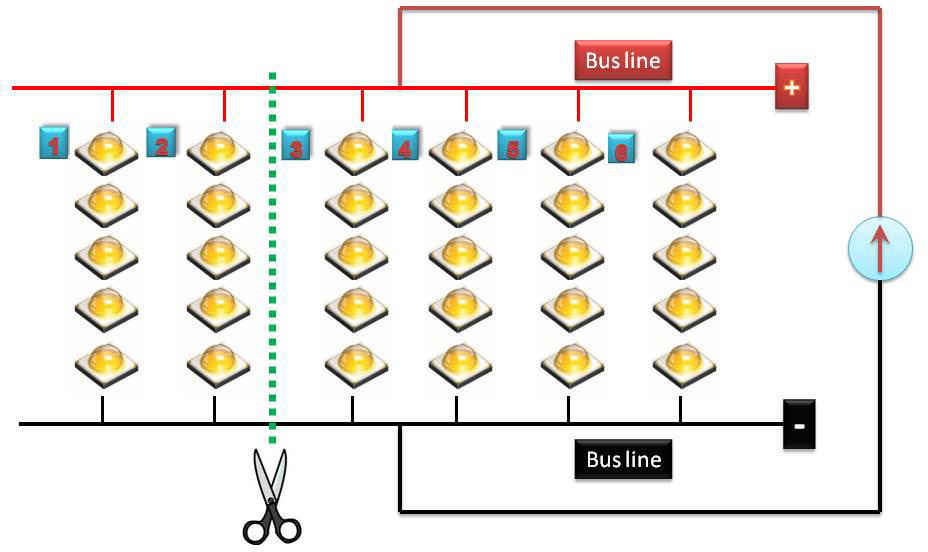 Figure 3. Cartoon illustrating the design of a constant-current light engine with an array of LEDs. Current can be injected into the engine at any point along the bus line.

We constructed the PrevaLED Flex Linear light engine with 30 mid-power LEDs per 280mm, which formed three 10-LED parallel strings. We designed this continuous flexible light engine to be 28m or longer, with a cutting resolution of 93.3mm (see Figure 4). Our device supports an efficacy of more than 160lm/W at a correlated color temperature of 4000K and a color rendering index above 80. We are able to achieve this high performance level using convection-based self-cooling and without the need of a heat sink.

Figure 4. Cartoon illustrating the design of the PrevaLED Flex light engine. The length of the device can be customized by cutting at the points marked by the dashed lines. Yellow boxes: LEDs. Blue and green units (lower left): Snap-on connectors.

We are able to build our product at a low cost without compromising performance due to our use of PET materials and R2R manufacturing. The ‘endless’ roll of PET material can be customized to support lengths that are required for many different applications. Installation of our continuous single-piece flexible light engine does not require any mechanical or electrical interconnect between electronic boards, unlike typical FR4-based light engines. Our light engine can be glued or taped directly onto a lighting fixture, which significantly simplifies the installation process and leads to an estimated installation cost reduction of about 30% compared with an equivalent FR4 light engine. Our flexible product can be bent to a radius as small as 7cm so that it can be directly mounted on flat or organic surfaces. This permits novel designs, such as organically shaped luminaires (for example, see Figure 5). 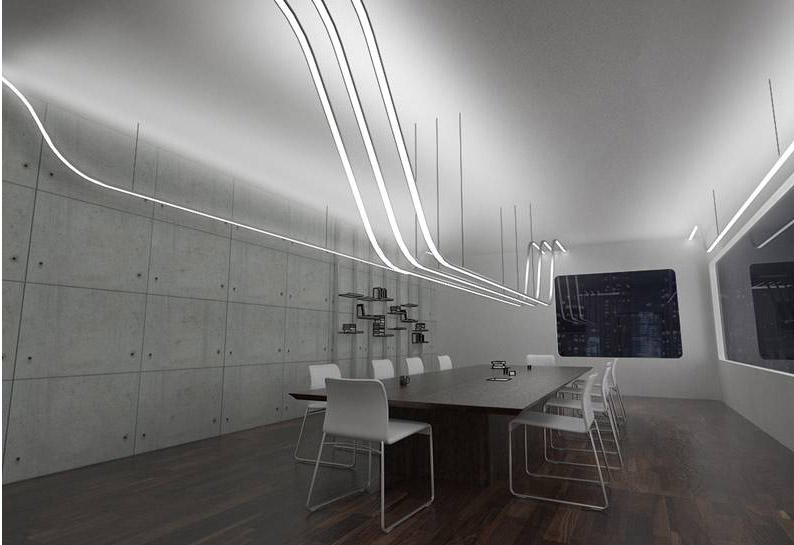 Figure 5. Novel lighting geometries, such as illustrated here, are possible with the flexible light engine design.

We have designed and built a novel light engine that has a high performance and a low cost of production. The modules include flexible PET material and can be customized to meet the requirements of several lighting applications. For the next stage of our project, we plan to explore other novel flexible materials that can be used as alternative solutions for LED and power electronics applications.

Ming Li is a global system architect in the LED Lamps and Systems business unit, before which he was an engineering manager. He received his PhD from the University of Connecticut, holds 25 US patents, and has published more than 20 journal papers. He has also been the co-chair of symposia at the Materials Research Society and International Congress on Applications of Lasers and Electro-optics conferences.

Robert Harrison is director of marketing for Osram's solid-state lighting (SSL) light engines in the North/South American Region. He previously held a number of technical management positions within the company. He has been the principal investigator on three Department of Energy SSL projects and holds six US patents.

Sridharan Venk is a senior project manager for research and development processes in the LLS business unit. He was previously the chief developer for the materials assembly technology that was used in the PrevaLED Flex Linear product. He received his PhD from the University of Cincinnati.