High-power fiber amplifiers enable use of large-mode-area (LMA) microstructured fibers for both scientific and industrial applications in ultrafast laser systems. In industry, for example, ultrafast laser systems are used to mark or scribe materials such as glass, ceramics, or aluminum, which requires short pulses and high peak power. In the semiconductor industry, these systems are useful for cutting or writing electrodes, and in high-power experiments in research, ultrafast lasers find use for ultra-short pulses, investigating nonlinear effects, pulse stretching, divided pulse amplification, and so on. Fiber amplifiers can generate megawatts of peak power and hundreds of watts in average power using direct amplification, while having diffraction-limited output with good pointing stability for delivering precise and stable performance. This demands a large effective area to mitigate nonlinear effects such as four-wave mixing, self-phase modulation, and stimulated Raman scattering, which can distort pulse amplification due to spectral and/or temporal broadening.

However, a high extracted average output power causes thermal-optical effects to significantly influence the waveguiding mechanisms, both by a thermally induced refractive index increment across the fiber cross section and a mode-beating intensity grating along the fiber. These index perturbations can cause very LMA fibers to also support higher-order modes (HOMs) at high power operation, which leads to mode degradation, and eventually transverse mode instability (TMI) setting in at a threshold power level.1–4

TMI manifests itself as rapid output beam fluctuations on the millisecond time scale, where the fundamental mode (FM) and the first HOM interact.5 TMIs appear when the extracted average output power reaches a certain threshold and currently set the upper limit for power scaling of fiber amplifiers. Previous experiments have shown that the TMI threshold decreases during operation as the threshold is reached multiple times, and that the initial threshold can be recovered by photobleaching.4 The threshold degradation indicates a memory effect in the fiber, which may be due to increased absorption or a permanent inscription of refractive index changes.

To identify the origin and dynamics of TMI formation and evolution, a simple and cheap method is required to quantify origin and dynamics. We have experimentally investigated the onset of TMIs as well as the frequency dynamics in different TMI regimes.6 We tested a batch of three rod fibers—DC-285/100-PM-Yb-ROD (known as 285/100)—in a single-pass amplifier setup reaching average power levels well above 200W (see Figure 1). We considered the frequency evolution of the output with increasing average power to uncover underlying dynamics by imaging a fraction of the mode profile onto a photodiode. 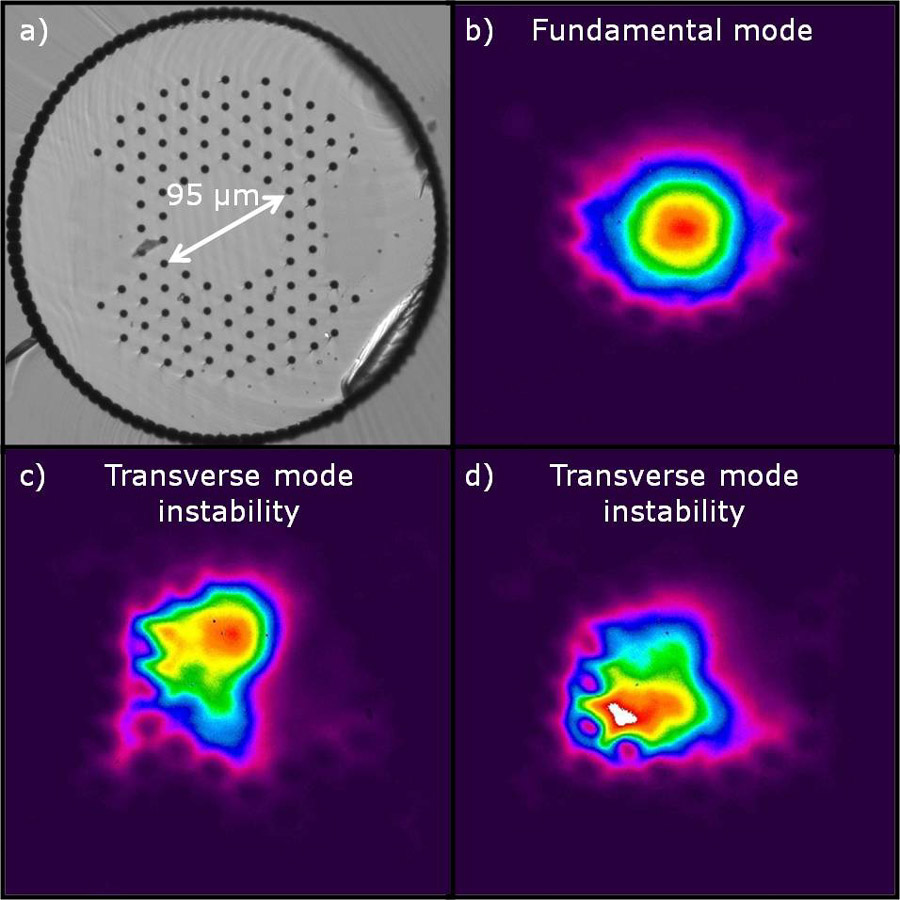 Figure 1. (a) Microscope image of the 285/100 rod fiber and modal output showing (b) the fundamental mode (FM) below the transverse mode instability (TMI) threshold and (c–d) beam fluctuations above the TMI threshold.

We first increased the average power well above the TMI threshold level for the three rod fibers (FUT1, FUT2, and FUT3) and repeated the measurement 10–15 times, after which the rod fibers were thermally annealed. We then tested again to consider the evolution of the modal output and determine the TMI threshold. The recorded output spectrograms show the frequency evolution of the modal output as a function of increasing average power (see an example in Figure 2). Up to ∼170W average power the FM signal dominates the spectrum, named the stable regime. Above ∼170W in the transient regime, TMI sets in with a clear extra frequency component caused by beam fluctuations between the FM and first HOM (see Figure 1). The spectrogram changes character above ∼195W becoming a continuous span of frequencies, denoted the chaotic regime. 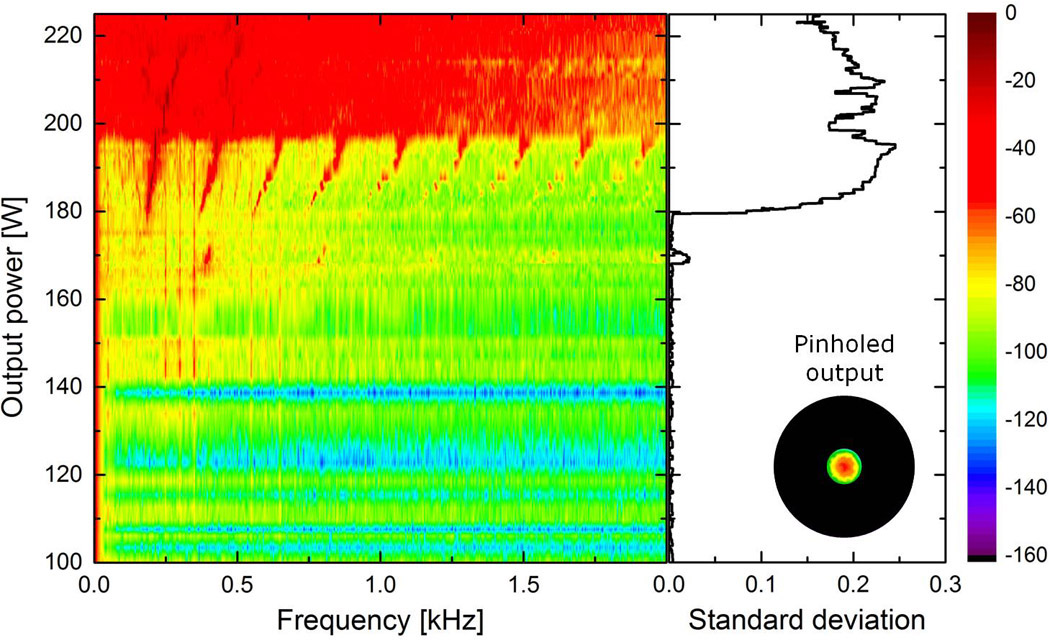 Figure 2. Example of a spectrogram with TMI setting at ∼170W of average output power.

In summary, TMI currently limits the employment of fiber amplifiers for power scaling in ultrafast fiber laser systems. The properties of TMIs have been investigated to identify the underlying dynamics important for mitigation strategies. Three different operation regimes were identified: stable, transient, and chaotic. The TMI threshold for the 285/100 rod fibers decayed during operation, but was fully restored by a thermal annealing step in the experimental procedure. Our next step will be a more detailed investigation of TMI for high-power fiber amplifiers using numerical modeling.

Mette Marie Johansen graduated with a master's in physics and nano- technology from the Technical University of Denmark in 2011. She is now pursuing a PhD degree focusing on transverse modal instabilities in fiber lasers and amplifiers.

Jesper Lægsgaard was awarded a PhD in physics from Aarhus University, Denmark, in 1998. Since then he has been employed at the Technical University of Denmark, where he is now an associate professor. He has done theoretical research within condensed matter physics, glass chemistry, and fiber optics.

Thomas Alkeskjold obtained his PhD in 2005. In 2007, he joined Crystal Fibre, where from 2008–2012 he headed photonic crystal fiber amplifier development. In 2012, he became fiber technology manager at NKT Photonics. He has (co-)authored more than 150 scientific papers with over 1800 citations and is a winner of the Young Elite Scientist award.