Falls are the primary cause of accidental death and injury-related visits to emergency departments in the elderly population. In 2010 alone, 2.3 million nonfatal fall injuries were treated in emergency departments, and approximately 21,700 of those culminated in death, with direct medical costs totaling $30 billion.1 Accordingly, fall prevention requires techniques for accurate assessment of fall risk of individuals, whereas traditional diagnostics entail retrospective observation and rudimentary subjective inspection. Thus, the greatest need for elderly individuals—and health care in general—is arguably predictive techniques and technologies to distinguish elderly individuals at risk of falls.

Postural stability measures have been used to determine the risk of fall for a given individual to provide optimal prevention, diagnosis, and treatment.2, 3 Assessments typically occur periodically, performed by physicians who rely on patient self-reports and visual inspection in their diagnosis, measures that lack objectivity and sensitivity, and consequently often culminate in data inaccuracies. Advanced assessments likely include a referral to a laboratory force platform that may be travel-dependent and economically unfeasible. Accordingly, we investigated the potential of inexpensive wearable wireless sensors as an alternative to the force platform.4

One hundred community-dwelling elderly volunteers (56–90 years old, mean age 74.3±7.6 years) participated in this study. Subjects' histories of falls were recorded for the previous 2 years, with an emphasis on frequency and characteristics of falls. Subjects with at least one fall in the prior year were classified as fallers and the others as nonfallers. The study was conducted in four different community centers using a force plate and an inertial measurement unit (IMU). This study was approved by the Virginia Tech Institutional Review Board and was conducted in collaboration with Northern Virginia Fall Prevention Coalition and Inova Loudoun Hospital. All subjects provided written consent before participation.

The subjects wore comfortable attire, and their foot placement was standardized while standing on the force plate. All measurements were performed in quiet standing in bare feet. Participants were asked to stand in two visual conditions: eyes open and eyes closed. Each measurement lasted for 60 seconds and was repeated twice for all participants. The wearable IMU was affixed to the wrist, ankles, and trunk (see Figure 1). This article focuses on trunk sensor measurements. Both the force plate and the IMUs were set to a sampling rate of 100Hz. Analysis of performance employed traditional linear (postural sway mean radius, circular area, elliptical area, path length, mean velocity, and RMS) and nonlinear measures of postural stability, including fractal analysis—detrended fluctuation analysis (DFA)—and regularity measures: approximate entropy (ApEn) and sample entropy (SaEn). 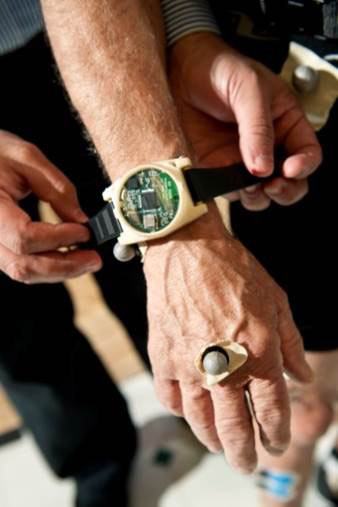 Figure 1. Placing the fall risk monitor on an elderly person during the motion-capture experiment.

The magnitude of center-of-pressure (COP) displacements is associated with the adaptive capacity of elderly individuals to maintain balance: participants with greater COP area, length, velocity, and RMS are linked with less stability and, consequently, greater fall risk (see Figure 2). The wireless accelerometry sensors produced valid, reproducible results that coincide with these characteristics. Moreover, while the entropy-based estimations for fall risk did not reach significance, the IMU did reveal characteristics that equate with falls. Specifically, SaEn values for fallers were lower compared to nonfallers in both instruments in accordance with the theory of loss of complexity.5, 6 Lower SaEn values evince greater regularity in the system signal, signifying inefficient postural balance characteristics (a topic for future investigation). 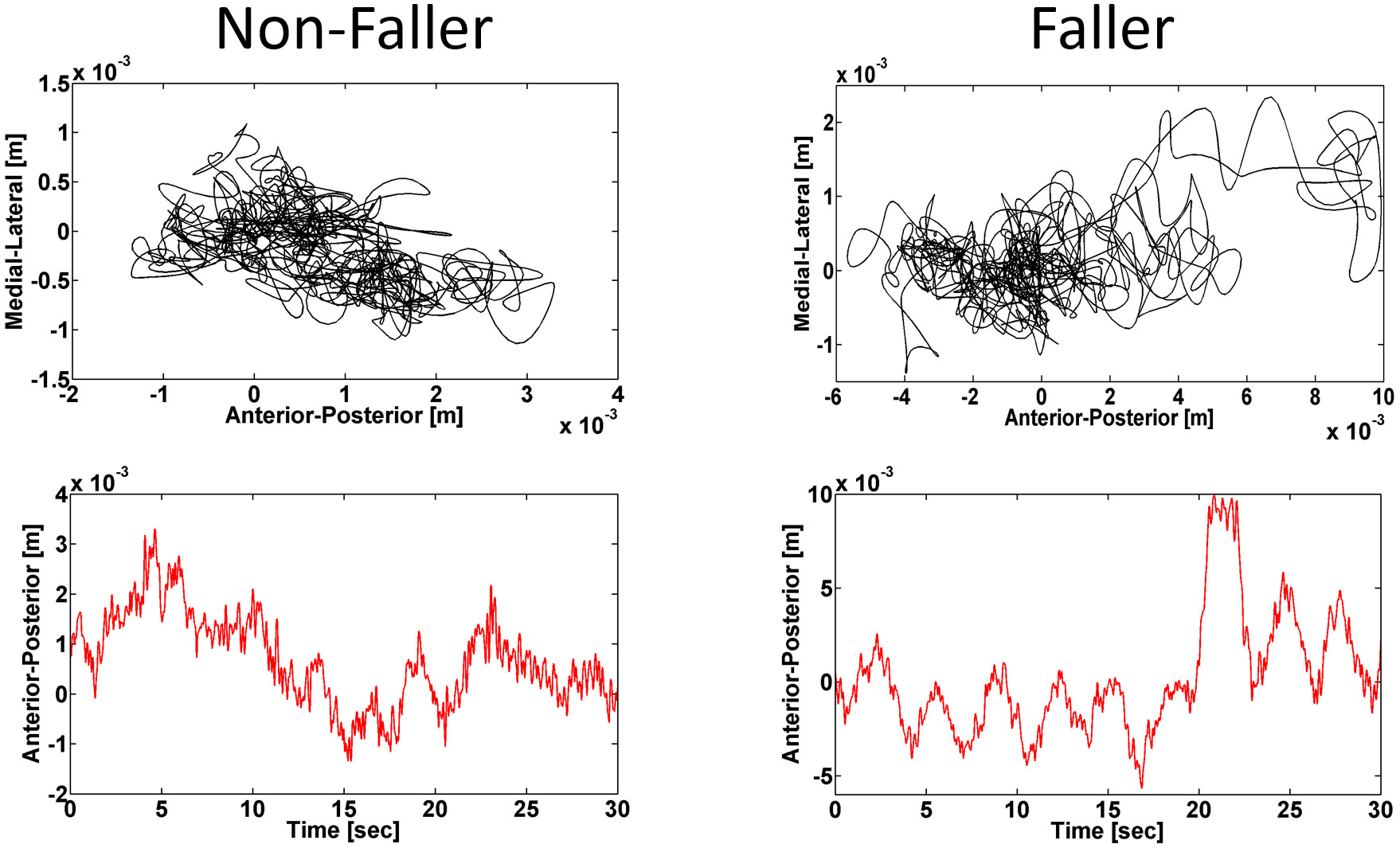 Figure 2. Sway patterns of fallers and nonfallers: center-of-pressure patterns and complexity as measured by approximate entropy. Fallers exhibited increased sway area and speed with loss of complexity. ‘Medial-lateral’ and ‘anterior-posterior’ refer to directions of sway.

In summary, wireless sensors were found to predict fall risk similar to standard criteria (force plate). Moreover, given their noninvasive and inexpensive nature, these sensors provide an optimal assessment tool for fall risk identification in the elderly population. We are currently conducting a prospective study to refine our predictive fall risk model.

Thurmon Lockhart is currently a professor in the Department of Industrial and Systems Engineering. He is internationally known for his expertise in biomechanics associated with fall accidents.

John Lach is a professor and chair of the Charles L. Brown Department of Electrical and Computer Engineering.