In general, the electrical characteristics of solar cells are evaluated at a measurement facility before the cells are brought to an accelerator facility for irradiation (by protons or electrons) and subsequently returned to the measurement facility for remeasuring. However, this ‘sequential method’ needs relatively high quantities of samples that can be irradiated by different amounts of electrons/protons with different accelerating energies to fully reveal the degradation behavior of solar cells.

Solar cells are used as the primary energy generators for devices in space satellites and are thus one of the most important parts. Modern satellites need more electricity than previous ones because they have more challenging missions and require more equipment. Solar cells with high conversion efficiencies are required to keep weight and launch costs low. They are also required for outer space missions (i.e., far away from the Sun) where light intensity is lower.

Modern ‘triple-junction’ (3J) space solar cells contain three kinds of solar cells (subcells) made from different materials, stacked in layers.1 Their degradation behavior is more complicated than conventional ‘single-junction’ solar cells, which consist of one material.2 Consequently, many costly and time-consuming irradiation experiments are required, with different amounts of electrons/protons with a range of energies.

Solar cell manufacturing companies or space agencies do not usually have their own accelerators. Instead, they use specialist accelerator facilities for irradiation. Such facilities usually pay attention only to qualities of proton/electron beams, such as uniformity and stability. As a result, no advanced irradiation techniques to evaluate radiation degradation of solar cells have been developed. In addition, to minimize the number of irradiation experiments, it would be useful to model radiation degradation. The US Naval Research Laboratory has modeled degradation for single-junction solar cells by calculating the radiation energy deposited for damage (non-ionizing energy loss, NIEL).3 However, until now there has been no degradation model of 3J solar cells. We have been working to develop both an advanced irradiation technique and a model of degradation in 3J solar cells.

We have proposed and tested an in situ evaluation technique by which the electrical characteristics of solar cells can be measured under simulated sunlight during proton/electron irradiation.4 Figure 1 shows the proton irradiation chamber for this ‘simultaneous’ method at the Japan Atomic Energy Agency. A cryogenic system is installed in the irradiation chamber to mimic conditions of low light and temperature, similar to space conditions farther away from the Sun than the Earth/Mars region. We measured the short-circuit current (ISC), open-circuit voltage (VOC), and maximum power (PMAX) of a 3J solar cell as a function of 10MeV-proton fluence (see Figure 2). All 18 data points were collected from one solar cell by the simultaneous method, which represents a great saving of time and cost compared with the 18 samples required for that number of data points when using the previous (sequential) method. 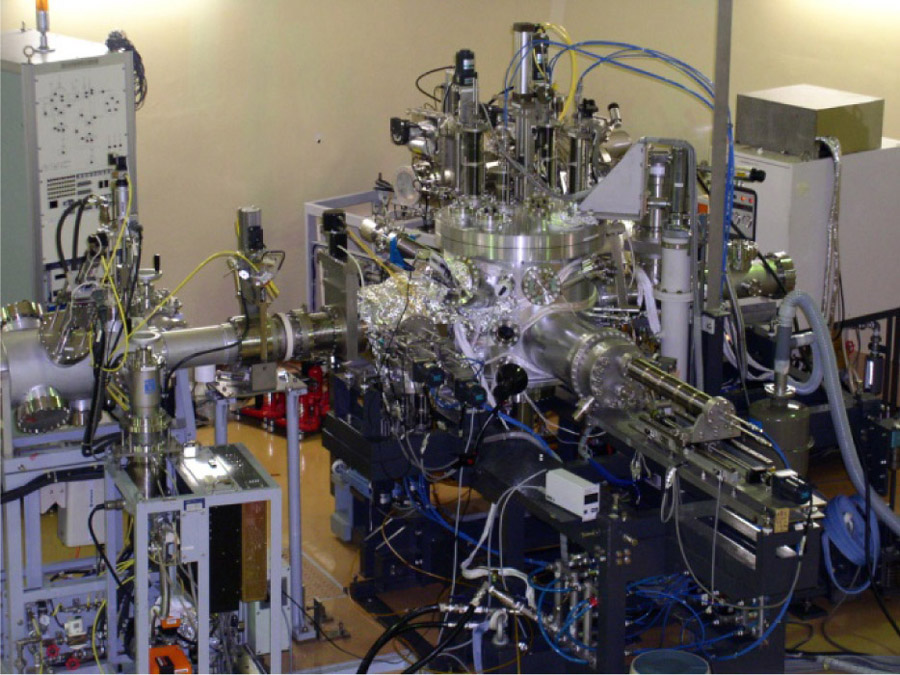 Figure 1. Photo of the proton irradiation chamber for the simultaneous method. 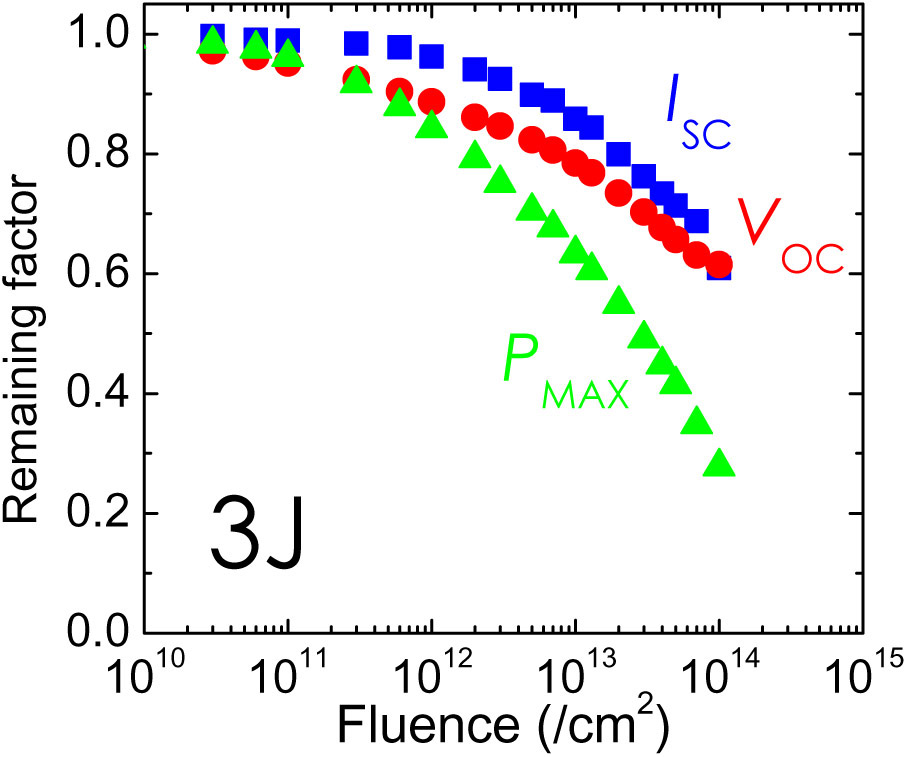 We have also devised and tested a method to model the radiation degradation of 3J solar cells using a 1D photovoltaic device simulator.5 We first obtain the minority carrier diffusion length and majority carrier concentration by fitting the external quantum efficiency for each of the 3J subcells before and after irradiation. We then estimate the damage coefficient of the minority carrier diffusion length (KL) and majority carrier removal rate (RC) from the fitting results. The degradation of solar cells is described by the ‘displacement damage dose’ (based on NIEL), and KL and RC are also described as a function of NIEL.

Higher conversion efficiency, higher radiation resistance, lighter weight, and flexible shape are key concepts for the development of space solar cells. In future work, we will modify the simultaneous method and degradation modeling to optimize future generations of these cells.

Takeshi Ohshima received a PhD in engineering in March 1994 from the University of Tsukuba in Japan. He currently leads the Semiconductor Analysis and Radiation Effects Group at JAEA, and lectures part time at Gunma National College of Technology, Japan.