High-contrast images can be obtained with space telescopes that are equipped with microelectromechanical systems deformable mirrors.
24 February 2014
Kerri Cahoy and Anne Marinan

In the last decade, more than 1000 candidate exoplanets have been discovered.1 About 5% of Sun-like stars host an Earth-size exoplanet with an orbital period of 200–400 days, which could support liquid water and life.2 By observing the spectral signatures of these planets' atmospheres over a range of visible wavelengths, it is possible determine the gases they contain. However, it is difficult to measure light reflecting off a dim planet positioned next to a bright star. The contrast level required to image an Earth-like planet around a Sun-like star is about 10−10.3 High-performance coronagraphs can be used to block light from a star and allow observation of an orbiting planet. Any speckles in the background of the image, however, may still be brighter than the planet.

Speckles in astronomical images are the result of wavefront corruption caused by effects such as atmospheric turbulence (a primary concern with ground-based telescopes), optical imperfections, thermal distortions, and diffraction. Aberrations in the pupil plane of a telescope can lead to degradation of the point spread function and speckles in the image plane. The higher the spatial frequency of pupil-plane aberrations, the further off-axis the corresponding speckle will be in the image plane. The speckle may then be located at the expected position of a planet. Microelectromechanical systems (MEMS) deformable mirrors (DMs)—such as the Boston Micromachines Corporation's Kilo-DM—have high actuator counts and densities (see Figure 1). These are used to change the shape of the mirror surface to match the incoming wavefront, and can therefore be used to aid exoplanet imaging. 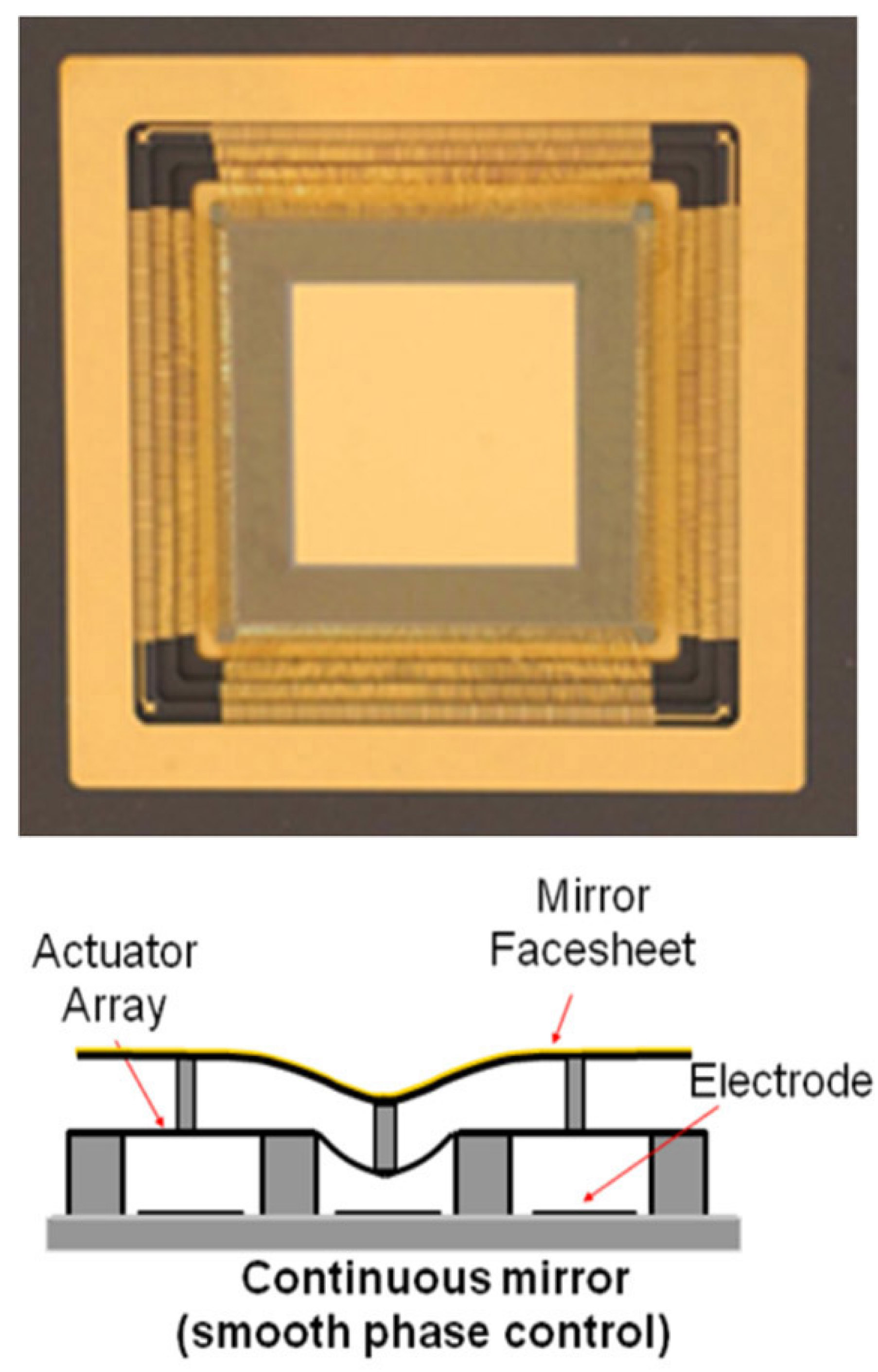 Figure 1. An example microelectromechanical systems (MEMS) deformable mirror (DM)—the Boston Micromachines Corporation's Kilo-DM.4 The 1020 electrostatic actuators are arranged in a 32×32 array, with a 300μm pitch in a 9.3mm aperture, and have a stroke of 1.5μm. The actuators change the shape of the mirror surface to match the incoming wavefront. For direct imaging of exoplanets, it is best to have a continuous facesheet mirror, which is controlled by the interaction between the electrodes (on the substrate) and the electrostatically actuated diaphragm (on the middle sheet). The diaphragm and facesheet are connected with post attachments. These devices require high-voltage, low-current drivers.

Although the performance of MEMS DMs in high-contrast imaging has already been demonstrated on ground-based telescopes (see Figure 2), even higher contrast levels should be achievable with space-based telescopes as atmospheric turbulence does not need to be compensated. An effort to demonstrate the use of a MEMS DM in space with a sounding rocket—the Boston University Planet Imaging Concept Testbed Using a Rocket Experiment5—was inconclusive due to a communications system malfunction. In place of using a sounding rocket, we are developing a MEMS DM characterization and wavefront control system that will fit on a CubeSat.6 With this payload, we will be able to demonstrate that a MEMS DM can be used for wavefront sensing, reconstruction, and control. It will also be used to evaluate wavefront control algorithms on a set of bright target stars. Our design has minimal complexity, low risk, and avoids using additional mechanisms. 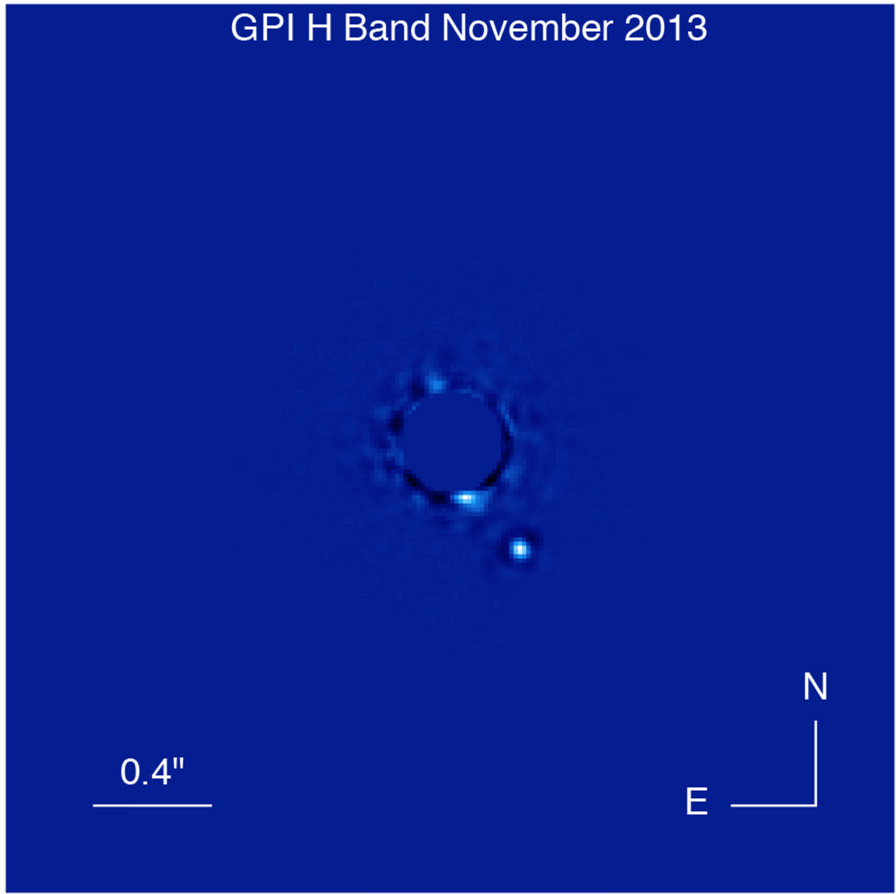 A CubeSat is a type of nanosatellite that can operate in space for periods of months to years. Suborbital platforms (e.g., sounding rockets) can only operate for a few minutes. CubeSats are hosted secondary payloads, and can therefore be easily launched into space. They are based on a 10×10×10cm, 1.3kg cube form factor.6 For instance, ‘3U’ CubeSats form 30×10×10cm nanosatellites—see Figure 3(b). After accounting for the supporting CubeSat subsystems, their optical payloads can have 15×10×10cm volume, 1.5kg mass, and 10W average power.7

We would like to use a Boston Micromachines Kilo-DM in our system, but its current drive electronics do not fit within the limited CubeSat optical payload space. The drive electronics for the 32-actuator Mini-DM, however, do satisfy the requirements. The mirror technology for both devices are identical, so we are using the Mini-DM technology in our designs until the Kilo-DM drivers can be further miniaturized, e.g., by using compact low-power application-specific integrated circuit drivers.8

We use a Shack-Hartmann (SH) static wavefront sensor (WFS) in our design, which allows characterization of a wavefront to better than about 5nm rms.10 Although this SH WFS is not as accurate as an interferometer, it is simple and robust: see Figure 3(a). In our design, either a laser diode or a star can be used as the light source. A nonpolarizing beamsplitter in the system receives the incident light, which is then linearly polarized and transmitted through a polarized beamsplitter (PBS). The polarized light reflects off the beamsplitter and passes through a quarter-wave plate (QWP) that is mounted between the beamsplitter and the DM. The beam that reflects off the DM travels through the QWP, the PBS, a series of lenses, and finally through a lenslet array placed in front of the detector. 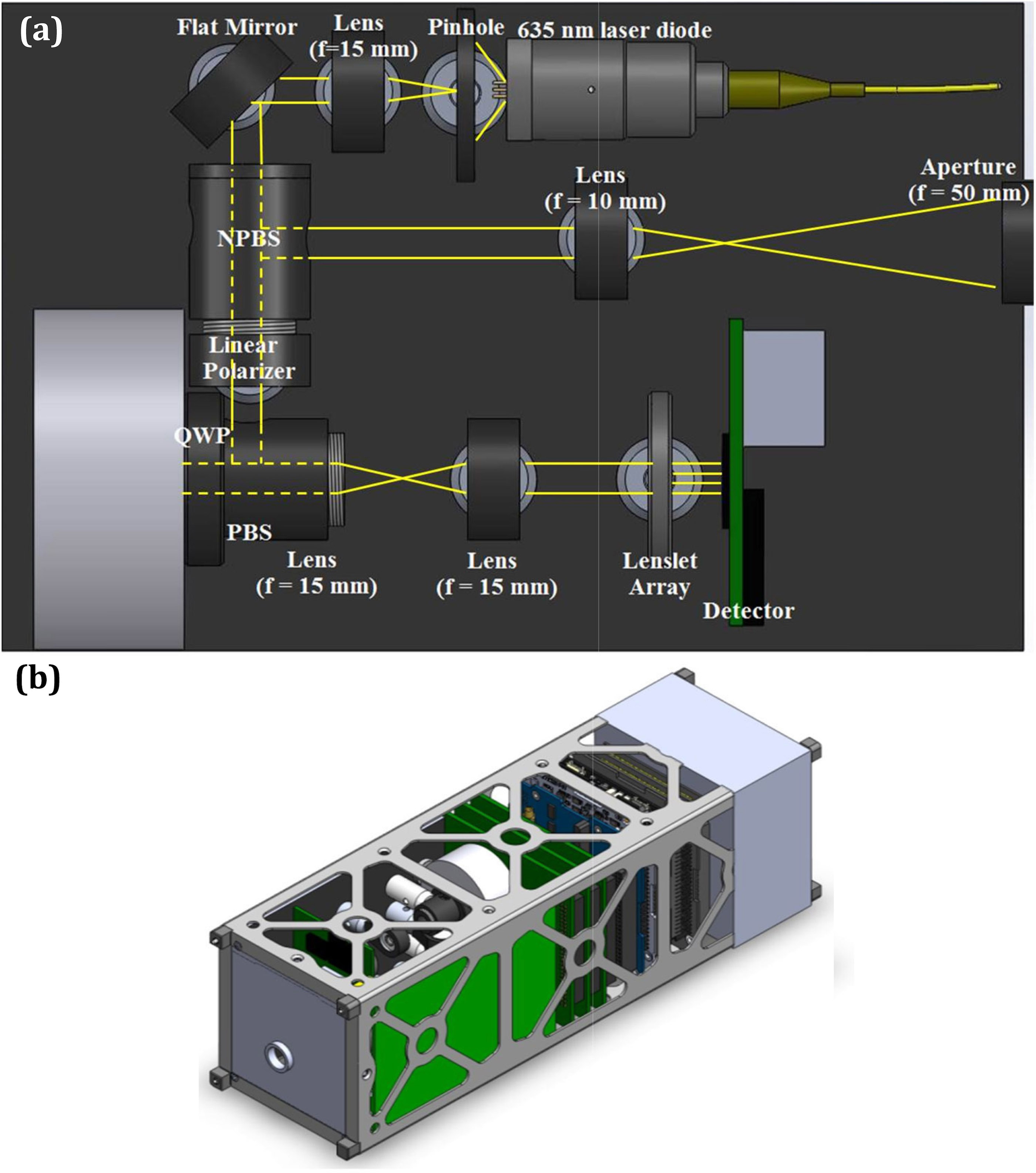 Figure 3. Renderings of a CubeSat-sized optical payload. The design includes a Shack-Hartmann wavefront sensor, a Boston Micromachines Mini-DM, and both an internal laser diode light source and an external aperture for imaging bright stars. (a) Top view of the optical payload. (b) The optical payload integrated into a 3U CubeSat (in the left half), along with boards and components for supporting power, communications, avionics, and attitude control subsystems. QWP: Quarter-wave plate. PBS: Polarizing beamsplitter. NPBS: Nonpolarizing beamsplitter. f: Focal length.

We have developed a CubeSat-scale SH WFS that can accommodate a MEMS DM and driver for the purpose of characterizing its long-term performance in orbit. We aim to create a platform that will enable rapid evaluation and development of DM technology for future space telescope applications (e.g., the search for Earth-sized exoplanets). We are continuing to develop and test a payload prototype in the laboratory. We will evaluate the wavefront reconstruction and MEMS DM characterization accuracy, as well as refine models of the system with disturbance sensitivity analyses.

Kerri Cahoy received her BS in electrical engineering from Cornell University in 2000, and her MS and PhD from Stanford University in 2002 and 2008, respectively. She is currently a Boeing Assistant Professor.

Anne Marinan earned her BS in aerospace engineering from the University of Michigan, Ann Arbor, in 2011. She is currently a third-year doctoral candidate.