Modern electronics, which often include thin transistor gates, can be susceptible to electronic interference and malfunction due to incident electromagnetic waves. For this reason, electronics are often encased in metallic packaging to eliminate such interference. However, it is difficult to measure electric fields inside these shielded devices (as is required, for instance, in high-power microwave weapon testing) without making significant changes to the packaging, or perturbing the fields that are being measured.

We have produced a new type of non-intrusive electric field sensor with a small cross-sectional area called a slab coupled optical fiber sensor (SCOS).4 With this technology we couple a nonlinear optical crystal of lithium niobate (0.05 × 0.3 × 1mm) to the surface of an optical fiber and thereby eliminate the need to couple an optical fiber to other (i.e., non-dielectric) materials. The optical fiber we use has D-shaped cladding, and is etched in acid to bring its core close to the flat surface (i.e., of the D-shaped optical fiber). We then attach the small nonlinear optical crystal to the flat surface. Light passes between the optical fiber and the crystal when their modes (particular pattern of electromagnetic wave propagation) match.

With our SCOS devices (see Figure 1), the incident light is coupled to the nonlinear lithium niobate crystal and is transmitted out through the optical fiber. This results in a decrease in the power of the transmission spectrum from the SCOS (see Figure 2). In addition, the wavelength of the transmission spectrum is shifted when the SCOS is in the presence of an electric field because of the nonlinear optical crystal. We measure the strength of the electric field by tuning a laser to wavelengths that are close to the transmission minimum. We find that the power of the light from the laser transmitted through the SCOS is proportional to the measured electric field.

Figure 1. Illustration of a slab coupled optical fiber sensor (SCOS). The incident light is coupled to the nonlinear crystal and is transmitted out through the optical fiber. The devices have dimensions of 0.1 ×0.3 × 1mm, but this drawing is not to scale.

Our SCOS devices are non-intrusive because they consist of only a thin slab of the nonlinear lithium niobate crystal placed on top of a D-shaped optical fiber. In fact, the crystal is only slightly larger than the width of the optical fiber. We are also able to configure our SCOS technology so that an electric field can be measured in any of the three orthogonal directions, relative to the optical fiber orientation. We achieve this by changing the orientation of the nonlinear crystal's optical axis.5

We conducted experiments that demonstrated the non-intrusive nature of our SCOS device. We inserted the SCOS into the 1.2mm-diameter ion injection hole of an ion trap. Controlled electric fields, within a vacuum system, are used in an ion trap to capture and release ions, e.g., to perform mass spectrometry.6 In our tests we used a Paul-type ion trap (which uses direct current and radio frequency oscillating electric fields) to achieve a specific electric field distribution. The electric field we measured across the entrance of the ion trap is shown in Figure 3, compared with simulated results. The close match of the two fields illustrates the applicability of our technology. 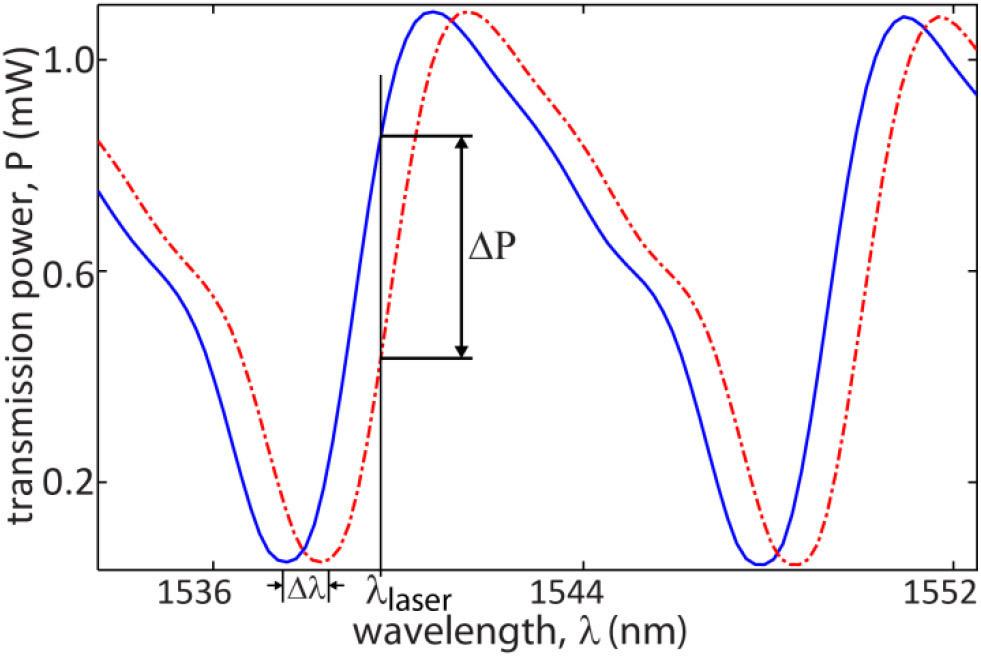 Figure 2. The transmission spectrum from a SCOS (blue line). The presence of an electric field causes the spectrum to be shifted in wavelength (dashed red line). The shift here has been exaggerated to illustrate the effect. At wavelengths when the light is coupled between the optical fiber and the crystal slab, the power of the spectrum falls to a minimum. 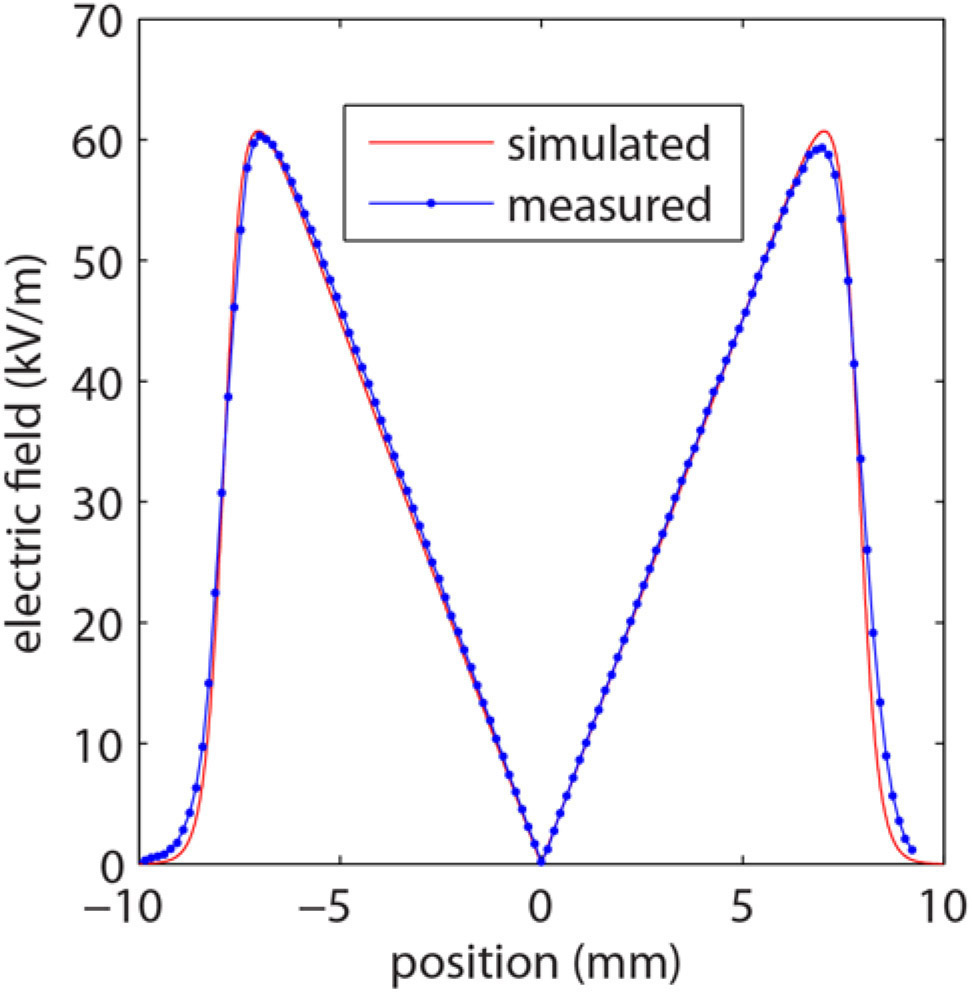 Figure 3. The strength of the electric field across the entrance of a Paul-type ion trap, as measured by a SCOS (blue line) compared with a simulation (red line).

We have developed and demonstrated a new SCOS technology that can be used for non-intrusive electric field sensing. Our device includes only dielectric materials and is based on the use of optical fibers. We now plan to improve the sensitivity of the SCOS technology by optimizing the electro-optic crystal orientation and by increasing the slope of the transmission spectrum.