The concept of using lasers to drill through rock has been discussed in the oil and gas industries since the development of the high-power laser. Mauer's book on advanced drilling techniques summarized the early attempts to develop a CO2-based laser drill in the 1960s, but concluded that the technology was premature because of its size and complexity.1 In 2002, Ramona Graves from the Colorado School of Mines (CSM) demonstrated the potential of laser drilling by destroying a rock with a mid-IR advanced chemical laser, and later characterized the ability of a high-power diode laser to drill through rock.2 At the time, however, there were still substantial gaps in the technology that prevented commercial development. The innovation that opened up the prospect of commercializing laser drilling was the introduction of a 10kW fiber laser by IPG Photonics in 2008. A year later, with the assistance of CSM, we started developing a laser drilling process capable of creating a commercial grade borehole, along with the supporting technology necessary to field a laser drilling system.

The first major advance in the drilling industry was the invention of a twin-roller-cutter drill bit by Howard Hughes in 1908.3 The drill bit revolutionized the drilling industry and allowed the Hughes Tool Company to dominate the drill bit market. The original concept of a twin roller was improved upon by a researcher at the Hughes Tool Company and resulted in the introduction of the tri-cone bit 24 years later, which has been the workhorse of the drilling industry for the last 80 years. The next advance in drilling technology was the introduction of the polycrystalline diamond compact (PDC) bit by General Electric in 1971. Over the last 30 years, this bit has proven to be more reliable than the tri-cone bit in certain rock types.4 As a result, the PDC bit has overtaken the tri-cone bit as the market leader in recent years. However, both bits still struggle with ultra-hard crystalline rocks such as dolomite, basalt, and granite. We have developed a new type of drilling system that combines a precision heat source with a PDC bit, and we have shown it to be more effective at drilling rocks with compressive strengths exceeding 30ksi than either a conventional tri-cone bit or a PDC bit (see Figure 1). 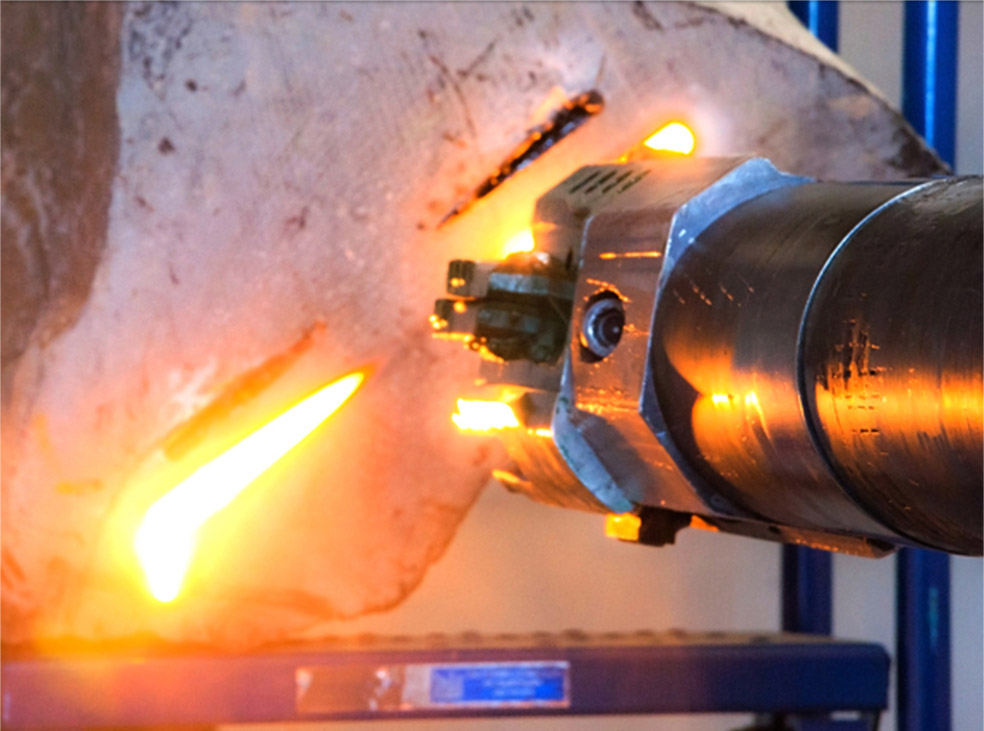 Our drill bit features a rotating laser beam that fractures and weakens the rock, combined with a set of PDC cutters that scrape the weakened rock from the area that is exposed to the laser beam.5, 6 The laser energy that exits the drill bit creates a unique pattern on the rock that is rotated—much like a radar sweep—to heat up the bottom surface of the borehole (see Figure 1). The laser effectively spalls the surface of the rock, and in doing so introduces microfractures that enable easy removal of the layer of fractured rock. Since the strength of the rock is reduced from its >30ksi compressive strength to less than a few hundred psi during this process, it takes very little mechanical energy to ultimately remove the rock. For example, a conventional tri-cone bit requires over 25,000lbs of weight on the bit to penetrate rock with >30ksi compressive strength. Our drill bit is capable of penetrating the same rock at 2–3× the rate of penetration, but with less then 1500lbs of weight on bit while being rotated with less than 100ft-lbs of torque and using less than 10hp during the drilling process. We have successfully drilled through all of the rocks found in oil, gas, and geothermal applications with 4, 6, and 8.5” diameter bits. We have also successfully integrated the laser drill into a drilling rig and demonstrated boring a 12' hole through dolomite with a compressive strength of 30ksi (see Figure 2). 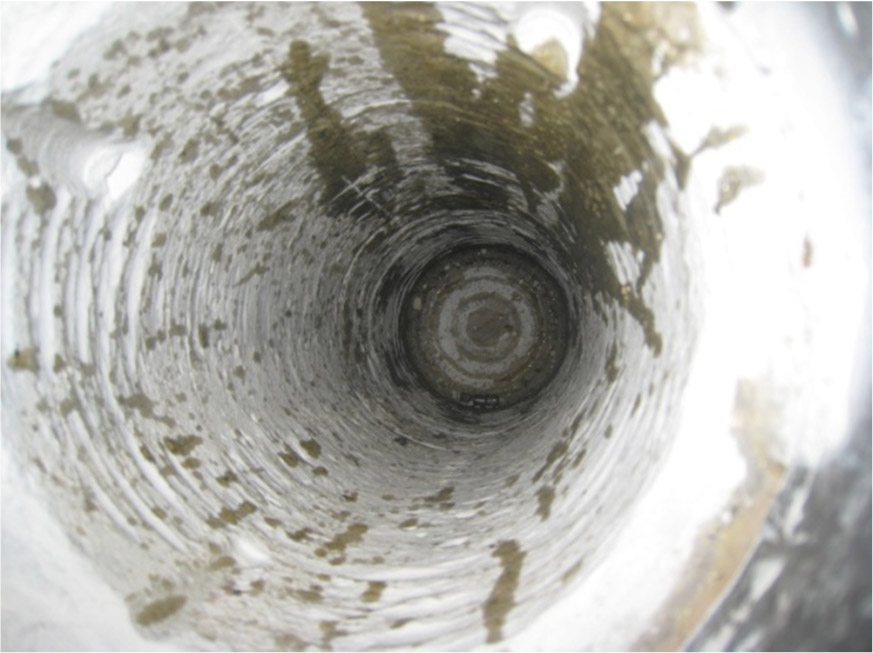 Figure 2. A test hole drilled 12' deep in dolomite rock with a compressive strength exceeding 30ksi. The discoloration of the rock is oil discarded by the drilling motor.

The goal of this work was to demonstrate improved speeds for drilling through ultra-hard crystalline rock compared to a conventional drilling system, which in turn reduces the cost of drilling geothermal wells. With our partners the Department of Energy's Advanced Research Projects Agency - Energy (ARPA-E) and CSM, we have demonstrated a laser-based drilling process with a faster rate of penetration (2–3×) and substantial decrease in the weight on bit (>25×) that ultimately leads to a longer bit lifetime. Our next step is to perform drilling tests at higher power levels to characterize the scalability of the drilling process.

Mark Zediker gained his PhD from the University of Illinois in 1984 and worked at McDonnell Douglas from 1983 to 1998 on high-power laser systems. He founded Nuvonyx in 1998 to bring high-power diode laser technology to the industrial marketplace, before co-founding Foro Energy in 2009 to develop high-power laser applications in the geothermal, oil, and gas industries.