To ensure safe and cost-effective train operations in the transportation industry, it is essential to monitor both traffic levels and the condition of railways. Effective railway maintenance and inspection techniques must provide information about defects in rails and wheels.1 In the field of railway monitoring, optical fiber sensors are receiving increasing attention. These sensors use optical fibers either as the sensing element itself, or to relay signals from a remote sensor to the signal processing electronics.

We have used a distributed optical fiber sensor to identify trains and measure dynamic loads on a rail.2 We selected a continuous welded rail sector near the San Menaio station, which is part of the San Severo–Peschici regional line in southeast Italy, for our tests. This railway line belongs to the Ferrovie del Gargano network and is used by only one type of train (the ALE 200-LE 200). These trains are composed of a four-axle motor car and a four-axle trailer car, which are permanently connected. For our tests, we attached about 60m of single-mode standard optical fiber along the rail using a fast-curing epoxy adhesive (see Figure 1). 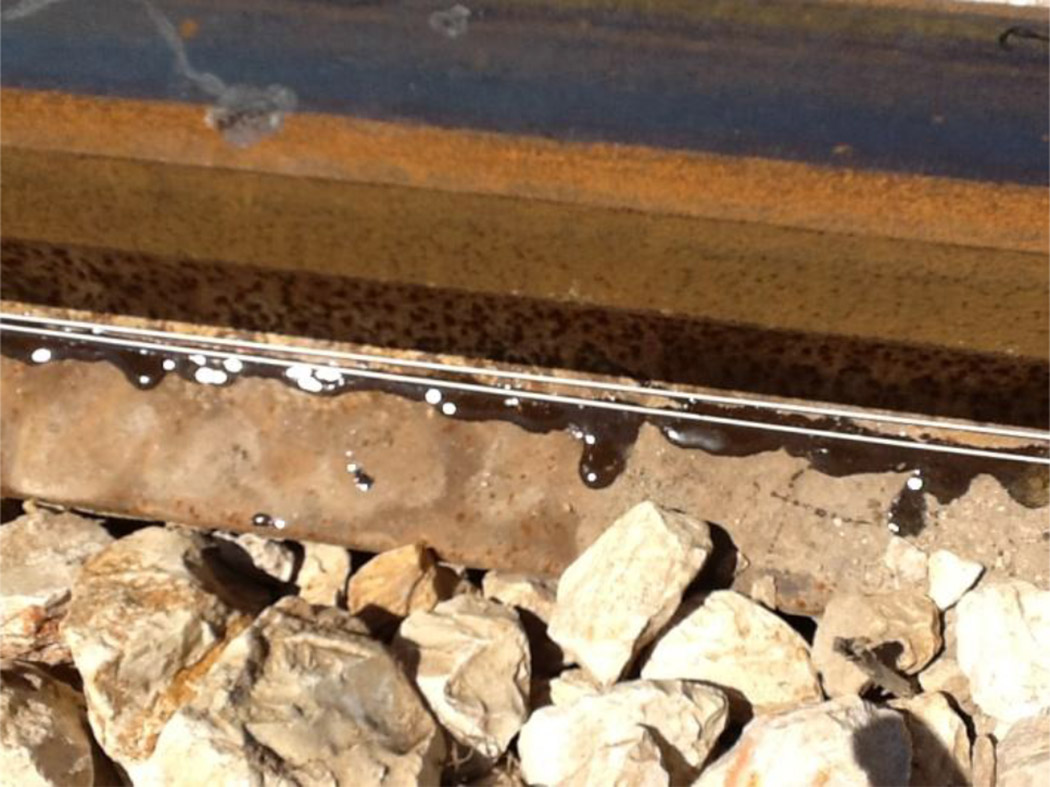 Figure 1. Photograph of the optical fiber laid out on the railway track for the monitoring tests.2

We employed a fast Brillouin optical time-domain analysis (BOTDA) sensor to measure rail deformation that is associated with the passage of a train.3, 4 This type of sensor uses stimulated Brillouin scattering (changes in the energy and path of light as it interacts with time-dependent density variations of the fiber glass core) of an optical fiber. Pulsed light is pumped from one end of the fiber and interacts, via Brillouin scattering, with the continuous-waveform probe beam that propagates in the opposite direction. The pump-probe spectral shift is kept fixed at a frequency equal to the Brillouin gain spectrum of the optical fiber. Strain changes in the rails are recorded as variations in the intensity of the transmitted probe. We obtained dynamic strain measurements along the rail, with a spatial resolution of 1m and an acquisition rate of 31.4Hz. Our results (see Figure 2) illustrate how passing train axles produce localized strain peaks at each rail position. 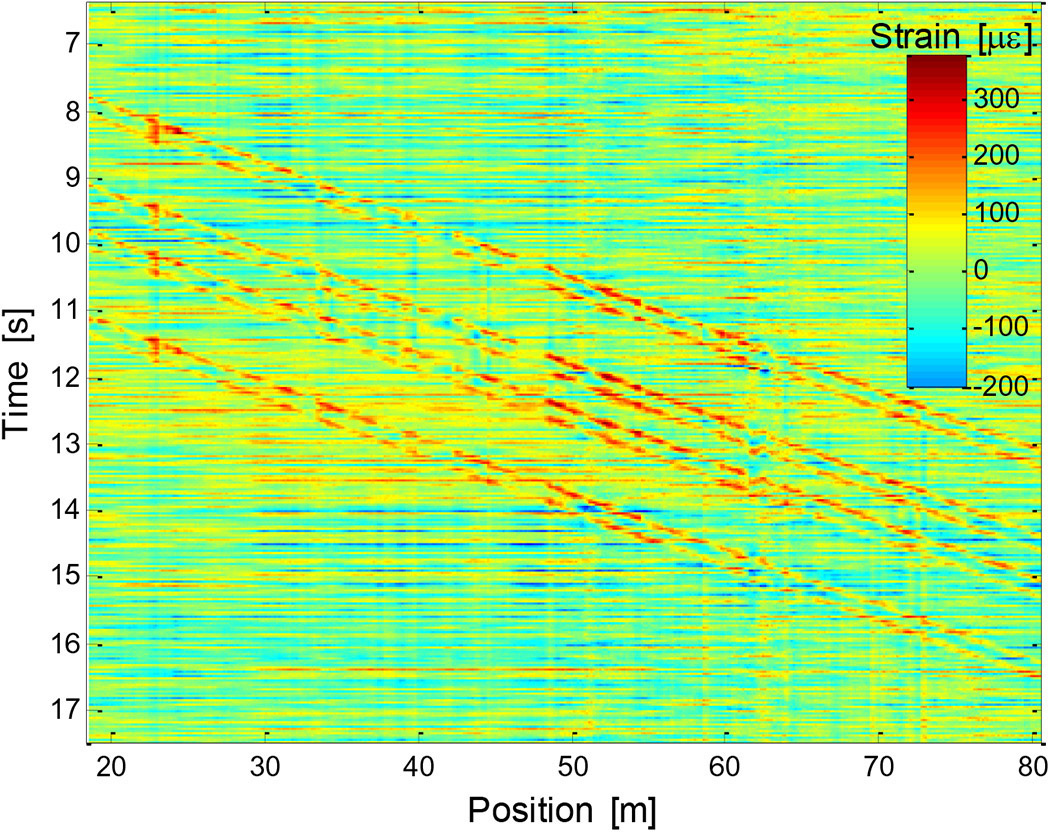 Figure 2. Strain in the railway track induced by a passing train, as a function of time and optical fiber position.2

We are able to extract several pieces of information about railway traffic from our data. We have estimated the axle distance (spacing between axles) in each car, as well as the first-to-last axle distance, by identifying the moment at which the strain peak occurs on the acquired traces at each fiber position (see Figure 3). We also calculated the speed of passing trains, by finding the slope of the axle traces. A linear fit to an example trace (the fourth from the bottom in Figure 3 was chosen because it has the highest signal-to-noise ratio), to find the slope, provides an estimated train speed of 42.40±0.04km/h. The strain data can also be processed to estimate the dynamic load of a passing train. 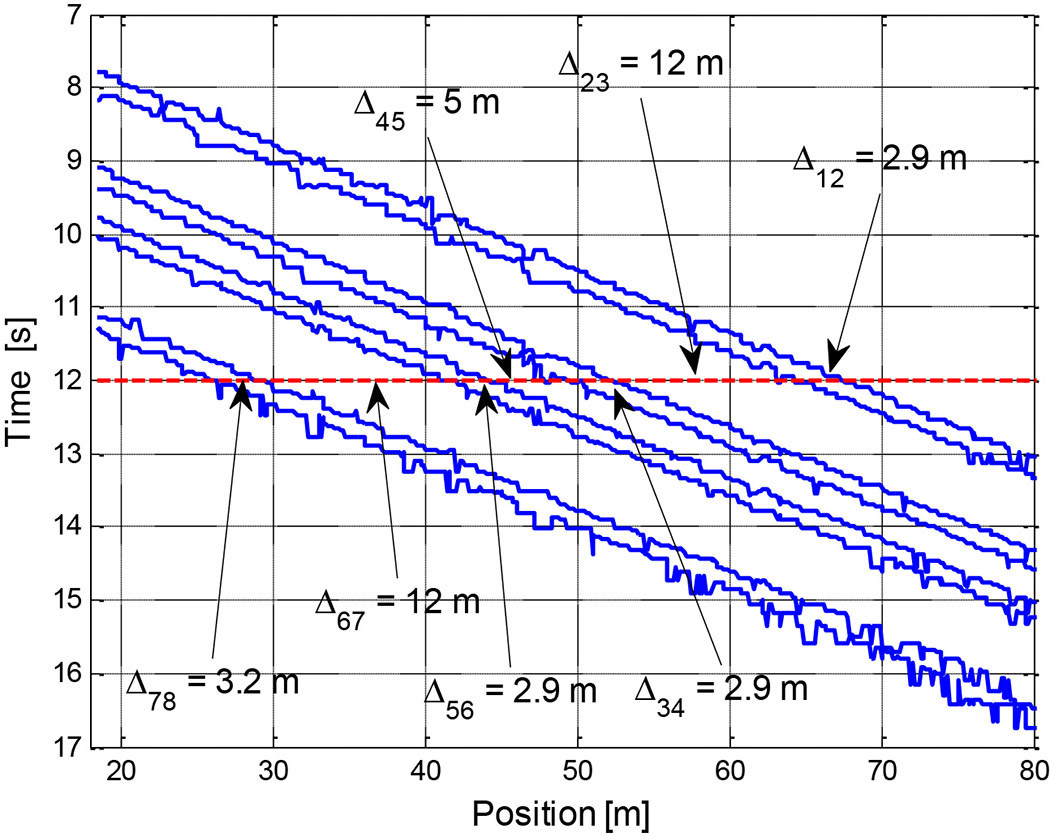 Figure 3. Axle traces retrieved from the results shown in Figure 2. Δ: Distance (spacing) between car axles. Subscript numbers refer to the axle numbers; the train has eight axles, so Δ78 is the distance between axles 7 and 8. The horizontal dashed line indicates the time instant chosen for the estimation of axle distances.2

Excessive loads in railway vehicles cause degradation to both the cars and the underlying infrastructure. Dynamic load is therefore an important parameter in the management of railways. We estimated axle load using the Winkler theory,5 in which a rail is modeled as an infinite uniform beam that is subjected to vertical loads and rests on a continuous elastic foundation. With this model, the overall load we computed for the motor car was 29.3±5.6t, and 28.8±5.1t for the trailer car. These measurements agree well with the train's nominal load values.

We have successfully demonstrated that a distributed optical fiber sensor network can be applied to railway safety monitoring. In the future, we aim to improve both the spatial resolution and acquisition rate of our sensors. These improvements will increase the accuracy and reliability of our measurements, especially our dynamic load estimations. With such improvements to the sensors, it may also be possible to detect rail and wheel defects.

This work was supported by the European Community's Seventh Framework Program (FP7, 2007–2013) under Grant Agreement 265954.

Luigi Zeni is a professor of electronics and president of the Research Consortium on Advanced Remote Sensing Systems. He is the author of more than 100 papers published in international journals and about 90 papers presented at international conferences, and he holds 10 patents. He is the founder of the company Optosensing, which is a spin-off from the university.