The near-IR spectrograph for the James Webb Space Telescope

The James Webb Space Telescope (JWST), due to be launched in 2018, will be a follow-on mission to the Hubble Space Telescope.1 JWST has a 6.5m-diameter primary mirror and will be the largest astronomical telescope in space. Two of the main scientific aims of the mission are to study the birth and evolution of galaxies and to understand the formation of stars and planets. A key goal of the JWST's five-year nominal mission is therefore to observe a sample of several thousand distant galaxies.

The design of JWST has been optimized for the observation, in IR wavelengths, of extremely faint and distant objects. These measurements will be conducted by the Near-IR Spectrograph (NIRSpec), which is one of four JWST instruments and is part of the European Space Agency's (ESA) contribution to the mission. The galaxies that JWST will measure are so faint that despite its unprecedented sensitivity, tens of hours of NIRSpec exposure time will be required to obtain high-quality spectra. It is therefore only possible to observe the full sample of galaxies if spectra are obtained in parallel.

We designed and built NIRSpec (see Figure 1) so that it can be operated in three modes: a classical slit spectrograph, an integral-field spectrograph (IFS),2 or a multi-object spectrograph (MOS). In MOS mode, NIRSpec will be able to obtain the spectra of up to 100 objects simultaneously (see Figure 2), which represents a large improvement in observing efficiency compared to classical slit spectrographs. NIRSpec is the first space application of a new MOS type that uses programmable micro-shutter arrays (developed at the NASA Goddard Space Flight Center, GSFC). These allow light from selected objects to pass through to the spectrograph, but block light from all unwanted objects. NIRSpec has four of these arrays, giving a total of 250,000 micro-shutters, which are each 180×80μm in size (see Figure 3). 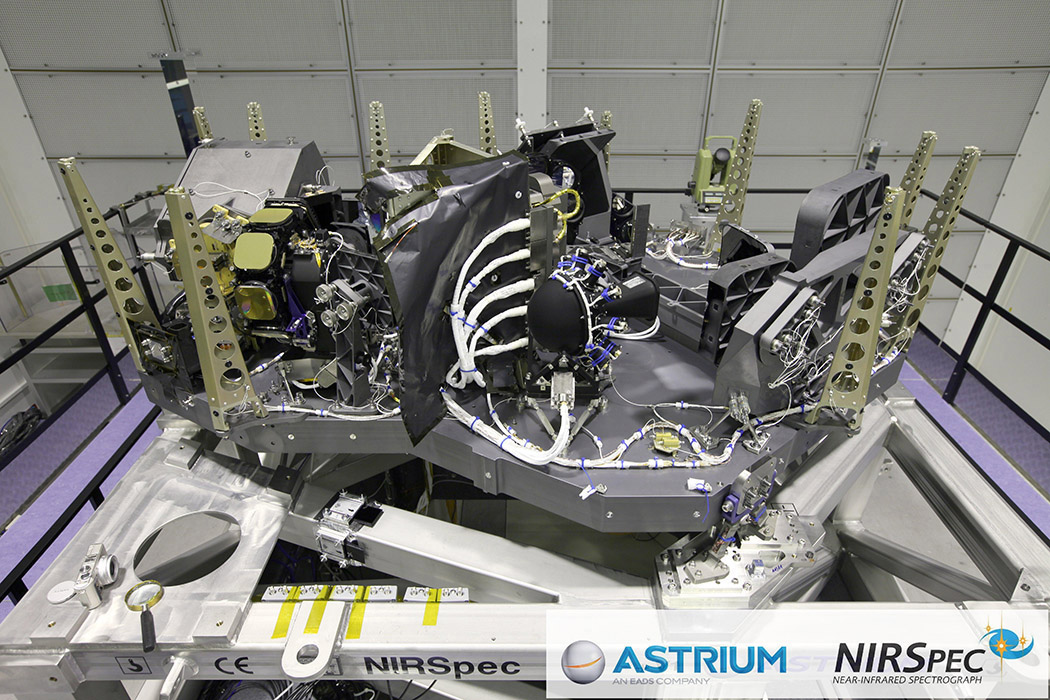 Figure 1. The Near-IR Spectrograph (NIRSpec), pictured without its cover. The instrument is 1.9×1.5×0.7m in size and has a mass of 190kg. An annotated sketch of the instrument is shown in Figure 4. 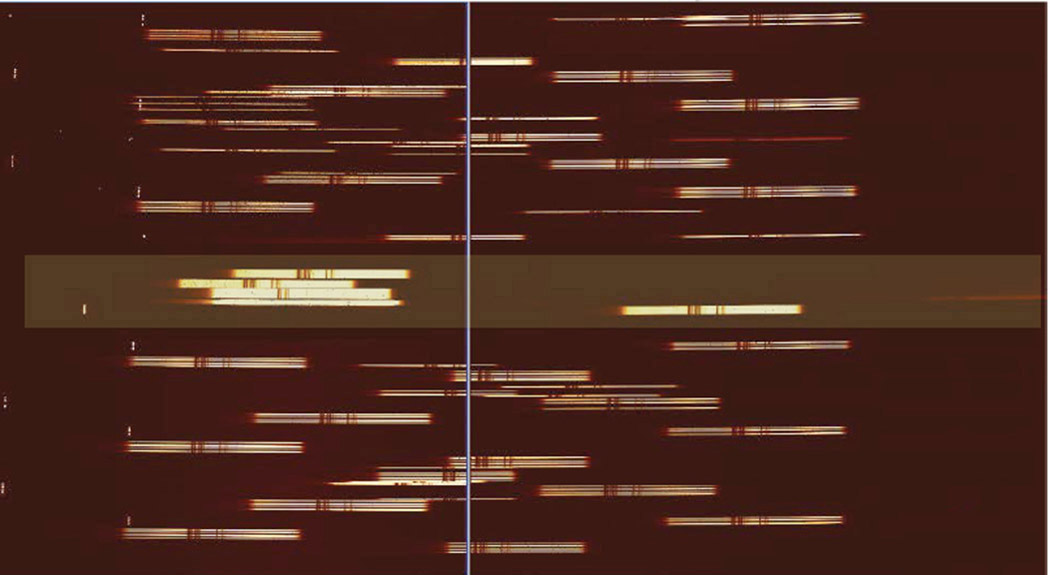 Figure 2. Multiple spectra in a single NIRSpec exposure obtained during the instrument's pre-flight ground calibration. About 100 micro-shutters were opened in this test, which simulated the simultaneous observation of about 100 astronomical objects. Each yellow bar is the spectrum from one of the opened micro-shutters, all of which were illuminated with the same source that contained some absorption lines. 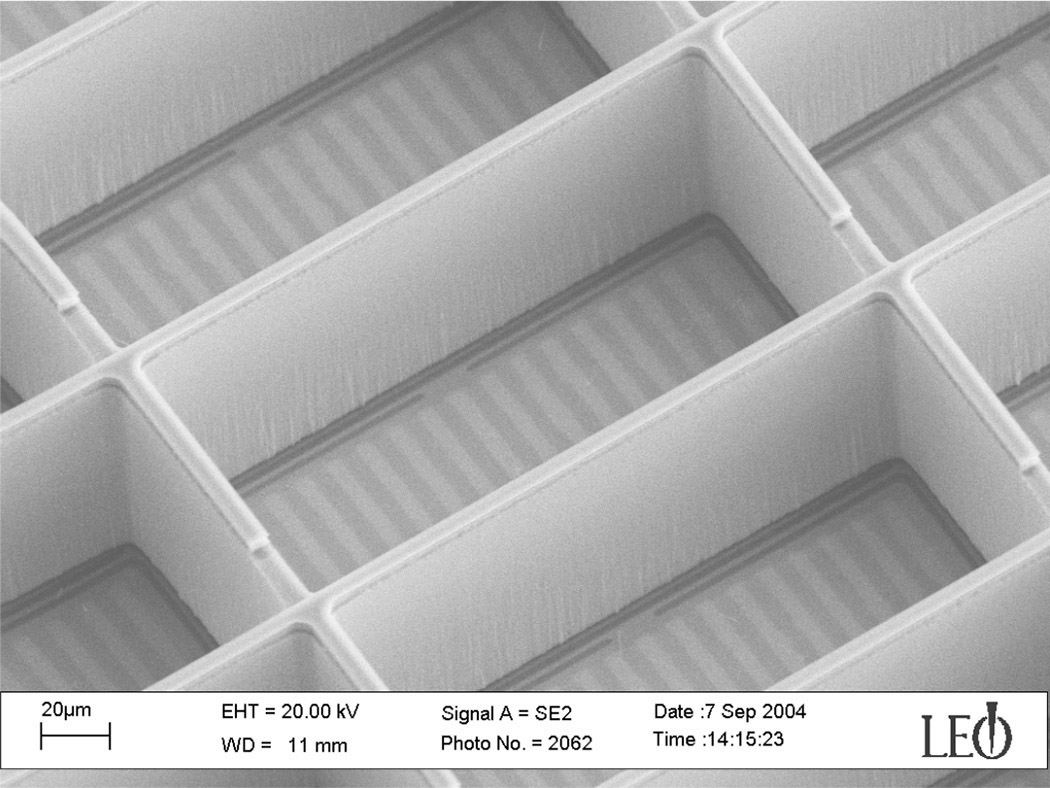 NIRSpec has a modular design (see Figure 4).3 A two-mirror ‘periscope’ redirects the incoming light beam into the plane of the instrument's optical bench. The light then enters a pre-imaging stage that contains a three-mirror anastigmatic (TMA) fore-optics system,4 a filter wheel, and a refocusing mechanism. The micro-shutter assembly (MSA) is located in an intermediate image plane, with the integral field unit positioned behind it.5 The spectrographic stage has a fold mirror, two TMAs, a grating wheel, and the detectors (provided by NASA).6 The instrument also includes internal calibration sources. By manufacturing several of the instrument components (mirrors, mounts, and optical bench base plate) from silicon carbide, we were able to create an athermal concept that can meet the demanding image quality and stability requirements at cryogenic temperatures. 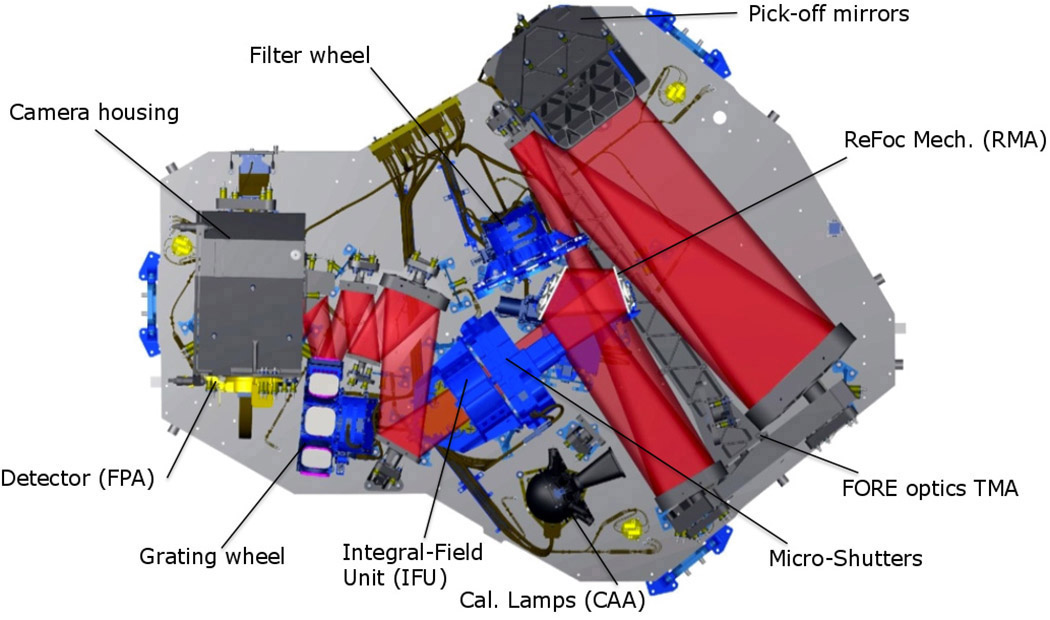 Figure 4. Illustration of the modular optical design of NIRSpec.

Before we delivered the NIRSpec flight instrument to ESA and NASA in September 2013, we carried out an extensive set of environmental tests.7 We conducted electromagnetic compatibility and interference testing, as well as comprehensive performance and calibration tests at operating temperatures using dedicated optical ground support equipment. We also carried out acoustic and vibration tests that simulated the conditions NIRSpec will encounter during the JWST launch. Additional tests at cryogenic temperatures confirmed that the acoustic noise and vibration testing did not affect the instrument performance or optical alignment.

Overall, the measured performance of NIRSpec is excellent. The instrument wavefront error, measured in the MSA plane, is less than two-thirds of the specification (at both ambient and operating temperatures). The instrument throughput is also well within the specifications, with up to 50% margins for some configurations. We did not detect any molecular contaminations (i.e., hydrocarbons) along the scientific optical train, and stray light levels are below specified levels. We have also developed optimized NIRSpec mechanisms and processing software to minimize overheads and maximize ‘science time.’

NIRSpec is a near-IR spectrograph that will be part of NASA's JWST mission. The instrument has a modular design based on silicon carbide. Pre-flight testing has revealed that the instrument's performance is better than its specification. We have now delivered the NIRSpec flight instrument to NASA at GSFC. We will soon be helping to incorporate NIRSpec into the JWST Integrated Science Instrument Module, before the mission's scheduled launch in 2018.