Solar flares are explosive events on the Sun that occur near locations of intense magnetic field, and where sunspots of opposite polarity exist in a complex configuration. Solar flares are often accompanied by other larger volume explosive events called coronal mass ejections, which have dramatic effects.1 These events affect the space weather environment around Earth and can cause interruptions to air traffic control and communication systems. Although the first observation of a solar flare and its associated influence on Earth was made in 1859 by Richard Carrington, the modern dependencies on space platforms mean that it is vitally important to study them in detail and to devise tools that can forecast their occurrence.

Solar flares are caused by the explosion of magnetic structures that are anchored to the Sun through sunspots (see Figure 1). The free energy (equivalent to about 40 billion Hiroshima-sized atomic bombs) stored by the magnetic structures is released during the events. Identifying the location of flare triggers is a key problem in current solar flare research. Observations of the solar plasma are required to determine the mass motion and thermodynamic properties that lead to the triggering of a flare. In the past decade, several space instruments have been used to observe flare plasma in the UV and x-ray wavelengths (e.g., on the Geostationary Operational Environmental Satellite, Yohkoh, Reuven Ramaty High Energy Solar Spectroscopic Imager, Transition Region And Coronal Explorer, and Solar Dynamics Observatory missions). However, the radiation from flares is mostly released in the visible-light range. It is impossible to determine several of the thermodynamic properties of flare plasmas from ground-based imaging instruments that observe the Sun in visible light, and instead spectrographic measurements are required. There have, however, only been two spectroscopic observations of solar flares. These were made using a stellar telescope and the Hamilton Echelle Spectrograph (a high-resolution optical spectrometer) at the Lick Observatory.2 More measurements of this kind have not been made due to technological limitations, which prevent flare spectra from being obtained from multiple flare locations. 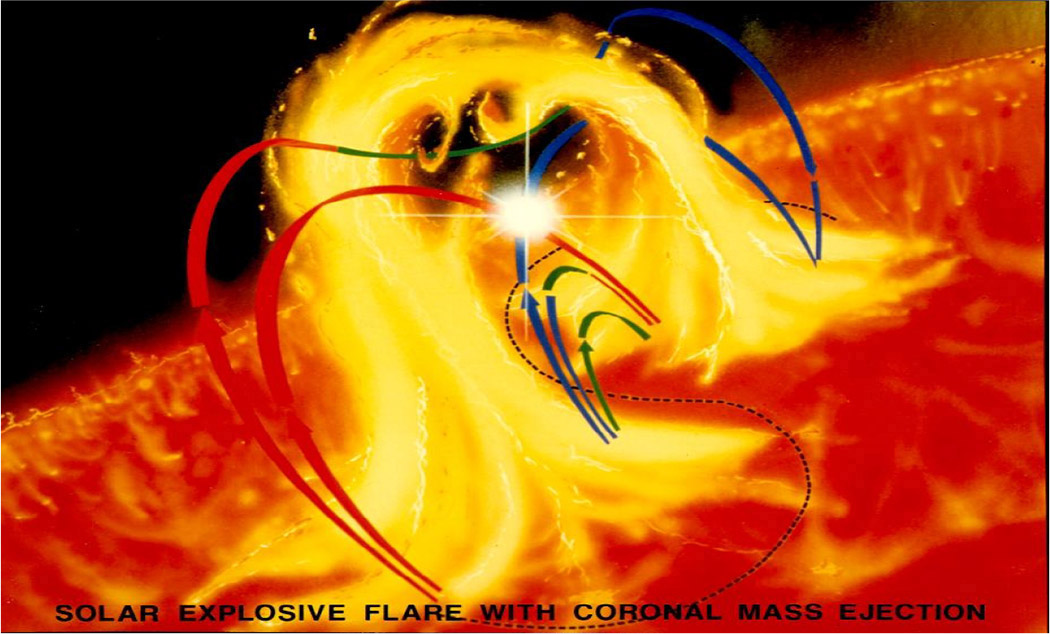 With modern optical-fiber-based imaging slit designs, it is possible to build instruments that can simultaneously measure flare spectra across the entire visible-light wavelength range at multiple flare locations. We have designed and are fabricating a two-channel echelle spectrograph—the Solar Chromospheric Flare Spectrograph (SCFS)—to observe spectra (in visible light) at the locations of flares and explosive events on the Sun.3 The components of our instrument are illustrated schematically in Figure 2. 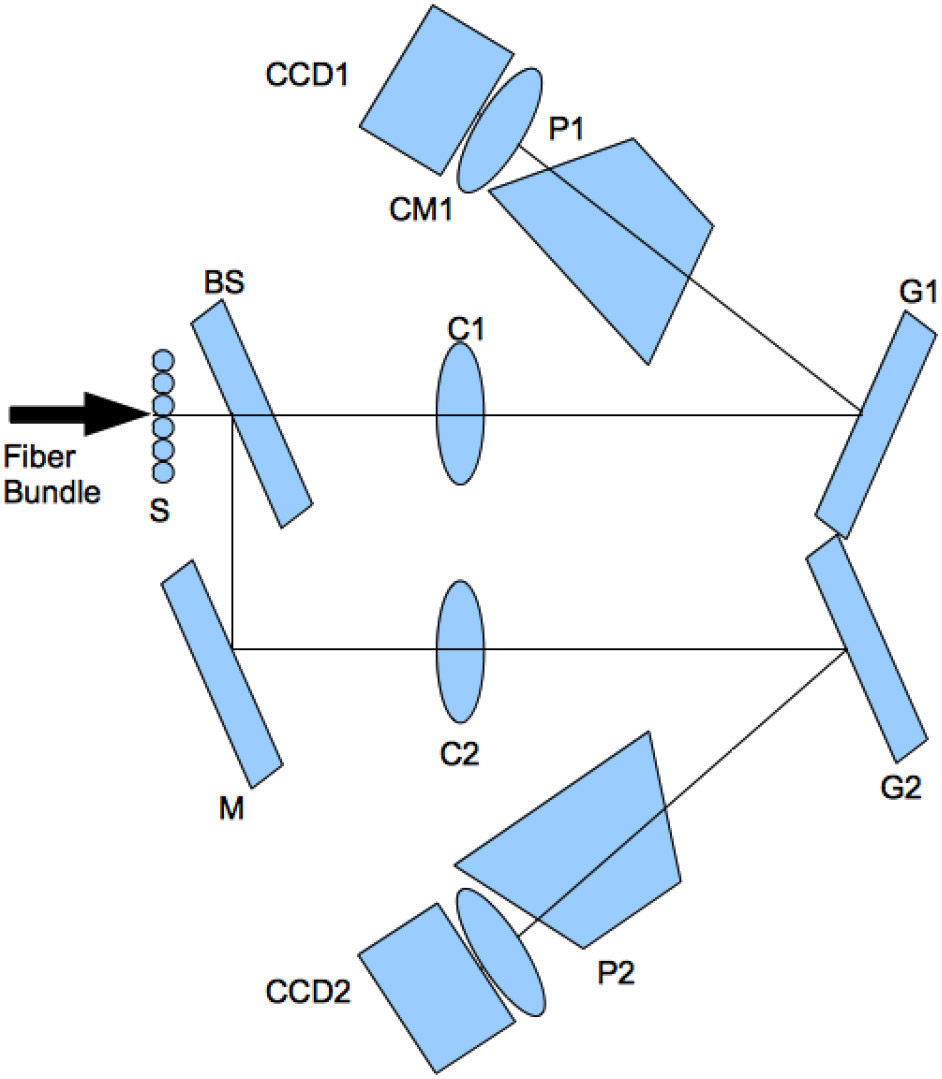 With the SCFS we will measure flare spectra in two channels in the wavelength range of 350–890nm, which includes several chromospheric spectral lines. Our design includes a multi-fiber-based slit that is capable of observing 100 separate locations in an active region of magnetic field polarity inversion. The SCFS has a field of view of 80 × 80arcsec, a spatial resolution of 8arcsec, and a spectral resolving power of 60,000. With these specifications, the instrument will be capable of measuring Doppler velocities of flare plasma of about 5kms−1.

We have designed the SCFS instrument using off-the-shelf optical and mechanical parts, and with additional parts made at our in-house machine shop. The SCFS will be integrated with the Full-Disk Hα Patrol Telescope (FDHA) at the Big Bear Solar Observatory in California,4 which operates throughout the year (except during weather interruptions). Observations made with the SCFS will mainly be used to study the physical characteristics of solar flares, but some of its observation time will be devoted to classroom education activities.

The SCFS measurements of chromospheric and photospheric spectral lines, together with the continuum spectra, will be used to study a variety of processes associated with solar flares (e.g., surges to large X-class flares), which have a range of energies and properties. The SCFS observations, combined with information from the FDHA, will be used to make diagnostic measurements of flare plasma in the solar chromosphere. With the SCFS we hope to bridge the gap that exists between observations of flare locations that are made with vector magnetographs and those that are made spectroscopically in the UV and x-ray wavelengths. The data will also be used to refine solar flare models that will deepen our understanding of explosive magnetic phenomena on the Sun.

We have designed an instrument that is capable of making simultaneous measurements of solar chromosphere flare spectra, over the entire visible-light spectrum. We have begun the final design of the SCFS integrated field unit and we will next be constructing the complete echelle spectrograph. Our instrument will have applications in monitoring space weather. The observations will also be used to compare solar flare spectra to flares on other stars and therefore understand the role of magnetic fields in astrophysical explosions, and to study the physics of super-hot plasmas. Our instrument will also be used in classroom instructions of students, including those that are underrepresented in STEM (science, technology, engineering, and mathematics) disciplines. In the future, we hope to contribute a similar instrument to the four-meter Advanced Technology Solar Telescope that is being built with funding from the National Science Foundation. With such an instrument it will be possible to investigate solar flare causes and the physics of magnetic field reconnection processes.

Debi Prasad Choudhary is an associate professor in the Department of Physics and Astronomy and is the associate director of the San Fernando Observatory. He works in the field of solar physics and optical instrumentation.