By splitting the solar spectrum between several subcells, multijunction (MJ) solar cells give the highest efficiencies of any photovoltaic technology. They are expensive to manufacture, and consequently for terrestrial applications are typically used in concentrator systems that direct sunlight to the cell at intensities of 500–1000 suns. In other words, a 1cm2 cell can use the light collected from 500 to 1000cm2. By allowing smaller cells to be used for the same power output, concentrator systems reduce their contribution to the total system cost. In the absence of additional loss mechanisms, higher concentration also allows a cell to operate at a higher operating voltage and thus higher efficiency. There are several causes of power loss at high concentration, the most important being failure of optically transparent connections between the subcells known as ‘tunnel junctions’ (TJs): see Figure 1. At reverse bias and low forward bias charge carriers can tunnel through the junction, resulting in a low-resistance contact. Because TJ performance is sensitive to growth conditions, variability during manufacturing is of particular concern. 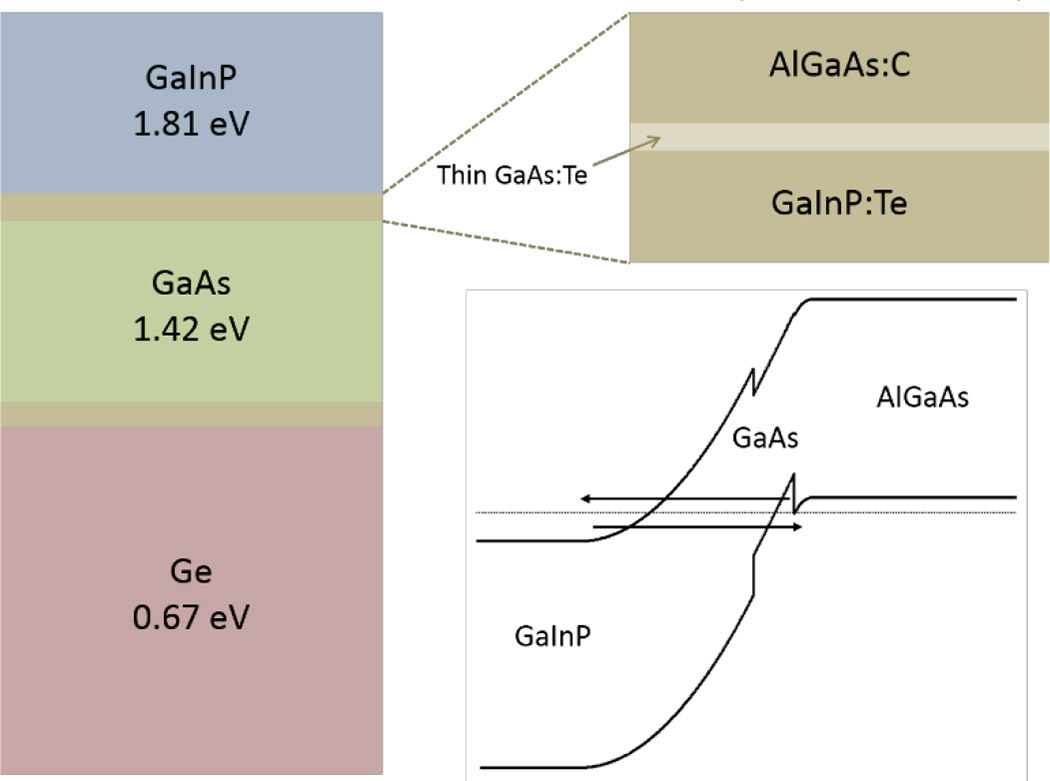 For the triple-junction germanium/gallium arsenide/gallium indium phosphide (Ge/GaAs/GaInP) lattice-matched MJ cell, the junction between the top (GaInP) and middle (GaAs) subcells is a source of difficulty. Ideally, the TJ will be made of materials with a bandgap equal to or larger than that of the subcell above it to avoid losses in efficiency from absorption in the TJ, with an n-doped gallium indium phosphide/p-doped aluminum gallium arsenide (n-GaInP/p-AlGaAs) structure as a typical example (where n and p mean that the principal carrier is negatively charged electrons or positively charged ‘holes,’ respectively). For a significant tunneling current, it is also necessary for both materials to be doped in excess of 1019cm−3. However, high-bandgap materials are often difficult to dope at these levels, leading to low peak tunneling currents (Jpk) and limiting the concentration at which the MJ cell can operate. It is more difficult to achieve high n-type doping than p-type doping. For that reason, an n-GaAs/p-AlGaAs structure has been used, resulting in higher peak tunneling currents but some efficiency loss from absorption.1

We have developed a novel carbon-doped aluminum gallium arsenide/tellurium-doped gallium arsenide/tellurium-doped gallium indium phosphide (AlGaAs:C/GaAs:Te/GaInP:Te) TJ structure grown by metal organic chemical vapor deposition (MOCVD) that combines high peak current and low operating voltage.2 The location of this structure in an MJ cell is shown in Figure 2. By growing a thin layer of GaAs at the GaInP/AlGaAs interface, Jpk as high as 1000A/cm2 was achieved, which is about 100 times higher than devices without this interfacial layer. The voltage drop at 30A/cm2, the current equivalent to 2000 suns, was 2.5mV. In comparison, the highest reported current for a plain GaInP/AlGaAs interface was 637A/cm2 with a voltage drop of 16mV at 2000 suns.3 Figure 2 compares these two TJs. There was also a reduction in the variation in Jpk across the wafer when the GaAs layer was added. One noteworthy feature of the MOCVD growth was the use of tertiarybutylarsine and tertiarybutylphosphine as group V precursors in place of the typical arsine and phosphine. 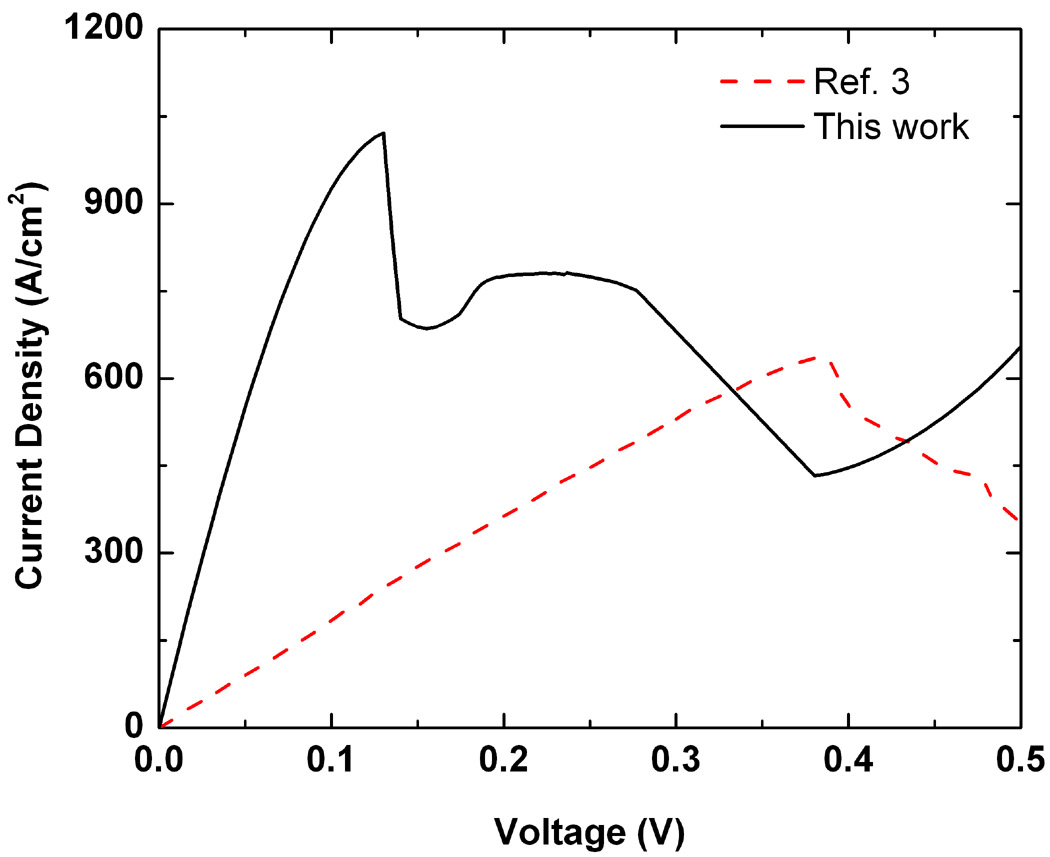 Figure 2. The current density versus voltage for a solar cell with our TJ and the best previous result for a GaInP/AlGaAs structure.3 Improvements in peak current and voltage are observed.

There are two reasons for the observed increase in Jpk. First, the effective mass of electrons in GaAs is about 70% that found in GaInP. Second, GaAs can be doped twice as high as GaInP with Te. A high tunneling probability depends upon having a short tunneling distance and a low tunneling mass, so the doping and compositional profile near the junction are crucially important. The highest Jpk was found for a TJ with a GaAs layer 30Å thick, which is considerably thinner than the GaAs layers in other GaAs/AlGaAs tunnel junctions. For undoped GaAs this would result in a 0.1% drop in absolute efficiency for a 40% efficient MJ cell. However, it is likely that the Burstein-Moss shift, which is a decrease in the absorption wavelength that occurs in highly doped materials, would reduce absorption in an actual device. It is also likely that carryover of phosphorus from GaInP growth will increase the bandgap, a phenomenon that has been previously observed in the growth of InGaAs/GaAsP superlattices.4

In summary, we have developed a high-bandgap TJ with a high peak current and low operating voltage. We are currently investigating the impact of annealing to simulate the growth of the GaInP top cell with the aim of limiting the thermal degradation by adding diffusion barriers to the junction interface. We are also working with Spectrolab to include the structure in an MJ cell for operation at high solar concentration.