X-ray diffraction-limited mirrors, which are capable of concentrating light on a nanometer-sized point, have very specific surface geometries. Fabricating these shapes requires precise polishing to correct subtle distortions in the mirror's surface. Developers commonly use interferometers as an accurate and noncontact tool to measure these aspheric or freeform surface shapes, to create a guide for the polishing process. However, interferometry usually requires specifically designed null optics, which have limited dynamic range. An alternative approach is slope measurement, which has been used to inspect x-ray mirrors since the 1980s. Instruments that use this method include the long trace profiler (LTP)1 and the nanometer optical component measuring machine (NOM).2 These were developed specifically to measure reflective surfaces.

We have developed a new 2D, high-accuracy slope measuring system for use on x-ray mirrors.3 Our approach, the stitching Shack-Hartmann optical head (SSH-OH),4, 5 uses the very high accuracy SH sensor system6 (see Figure 1). The source is a 405nm diode laser collimated and injected into the optical path through a beam splitter cube. A relay beam expander places the lenslet array in line with the test optic. The optical head dynamic range enables characterization of highly curved objects (spherical and elliptical, for example) with radii of up to 1.2m, which is unattainable with interferometry or standard profilometry. 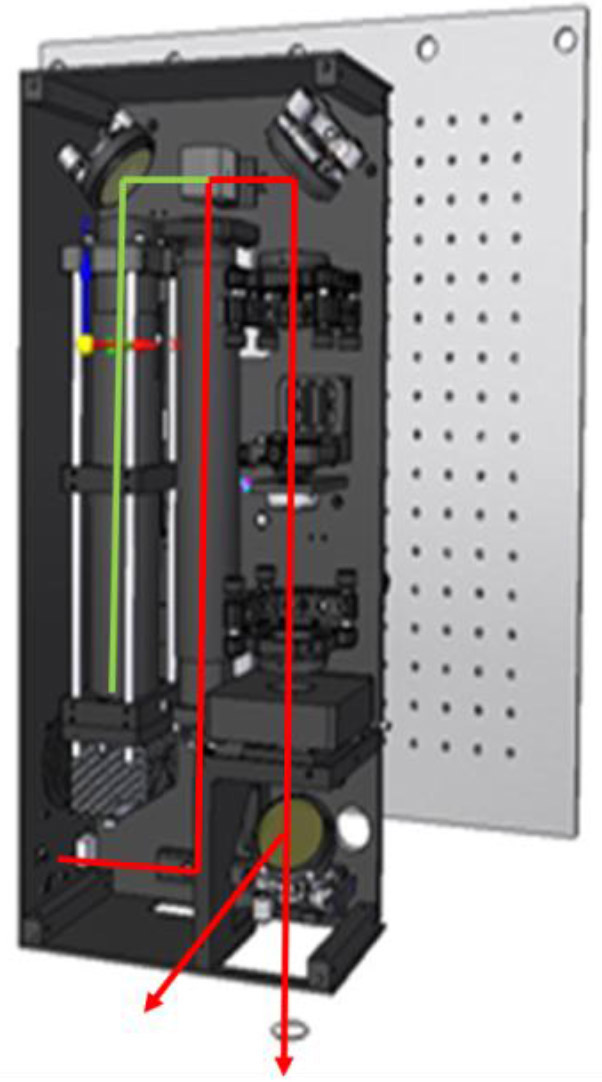 Our system's deflecting mirror (see lower part of Figure 1) allows the SSH-OH to work for horizontal and vertical geometry to test the x-ray mirror under the beamline. We can make the change from horizontal to vertical testing geometry in less than a minute. The measuring area of the SSH-OH covers 1500mm in length and 300mm laterally, thanks to a gantry design (see Figure 2). The guidance accuracy of the scanning carriage system is about ±1μm for a range of motion of 1.5m. The optics platform can carry a 200kg load, and the optical head motion system can accommodate several different heads with a total load of more than 30kg. The profilometric optical head is mounted on the translation stage to perform 2D mappings by stitching together successive images. 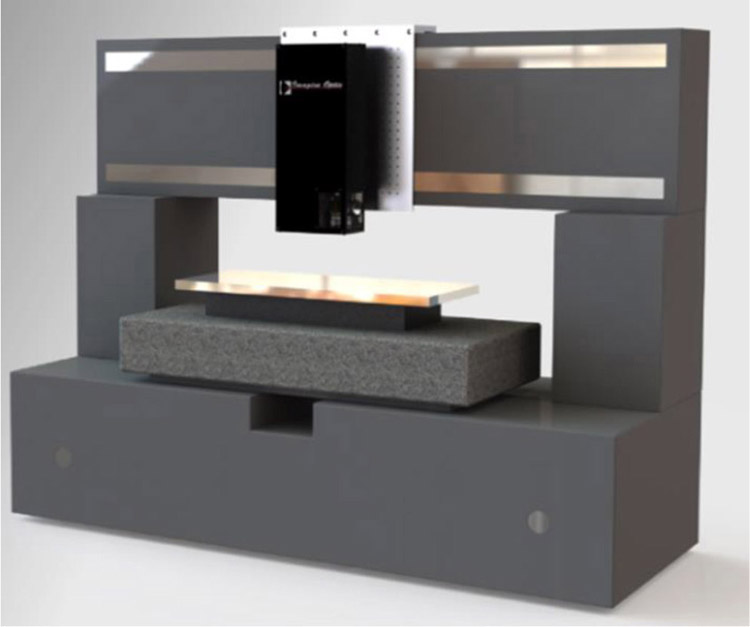 Figure 2. Photograph of the SSS-OH system.

We tested several different mirrors of various shapes, from flat to off-axis ellipses. We measured a 100mm silicon flat mirror in a forward direction (from edge A to edge B) and after 180° rotation and realignment in the reverse direction (see Figure 3). The agreement of both measurements is in the range of 34 nanoradians rms, which is close to the noise level of our instrument. The result indicates the achieved measurement accuracy. Figure 4 shows the 2D slope map of a 250mm spherical mirror measured with the SSH-OH. Having eliminated the best fit (with a radius ∼140m), and after comparing the 10 scans, we achieved a repeatability of 50nrad rms. 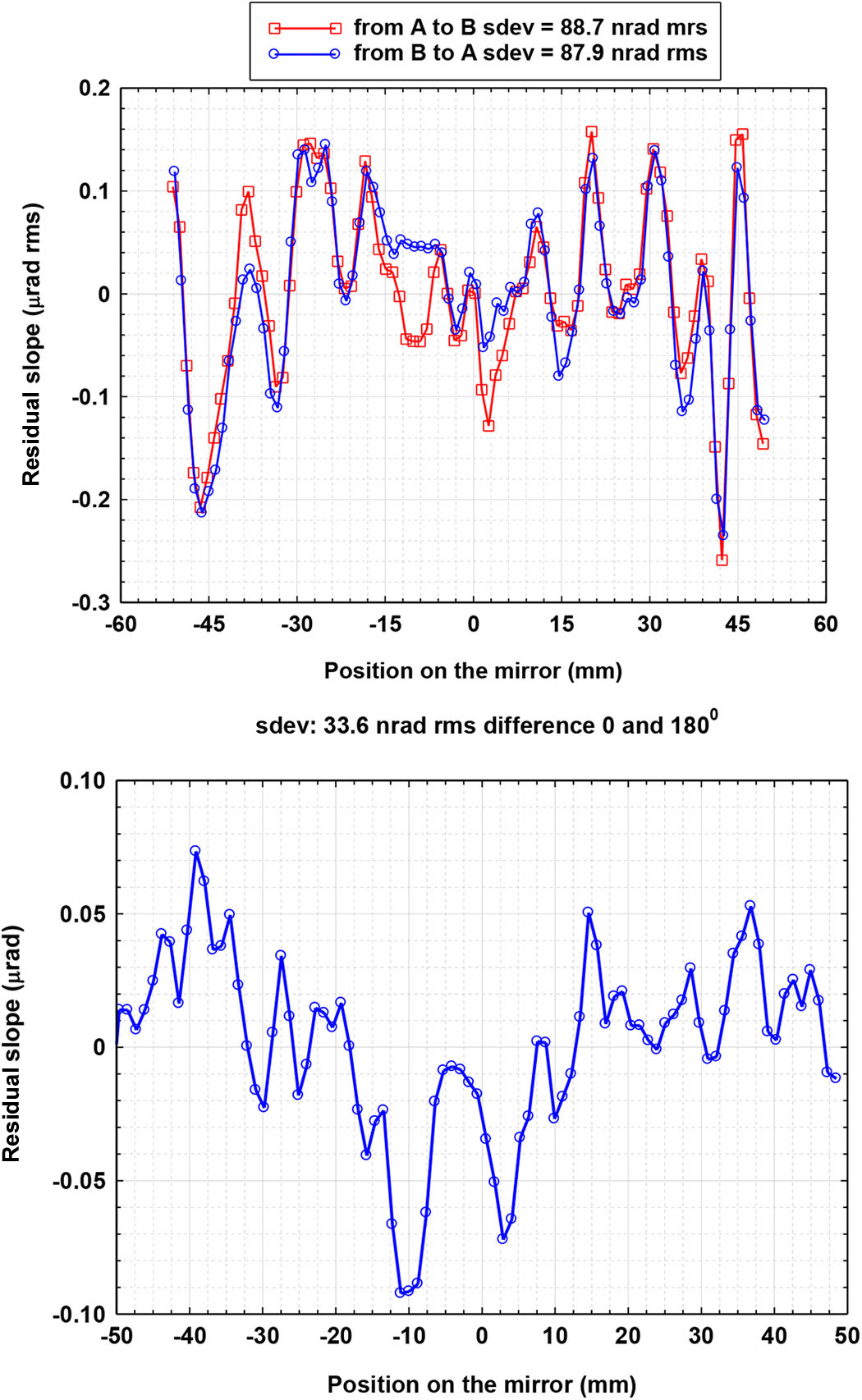 Figure 3. A flat mirror measured with SSS-OH. Top: Slope measurement from A to B (red) and B to A (blue). Bottom: Difference between the A to B and B to A measurements. Sdev: Standard deviation. μrad: Microradian. 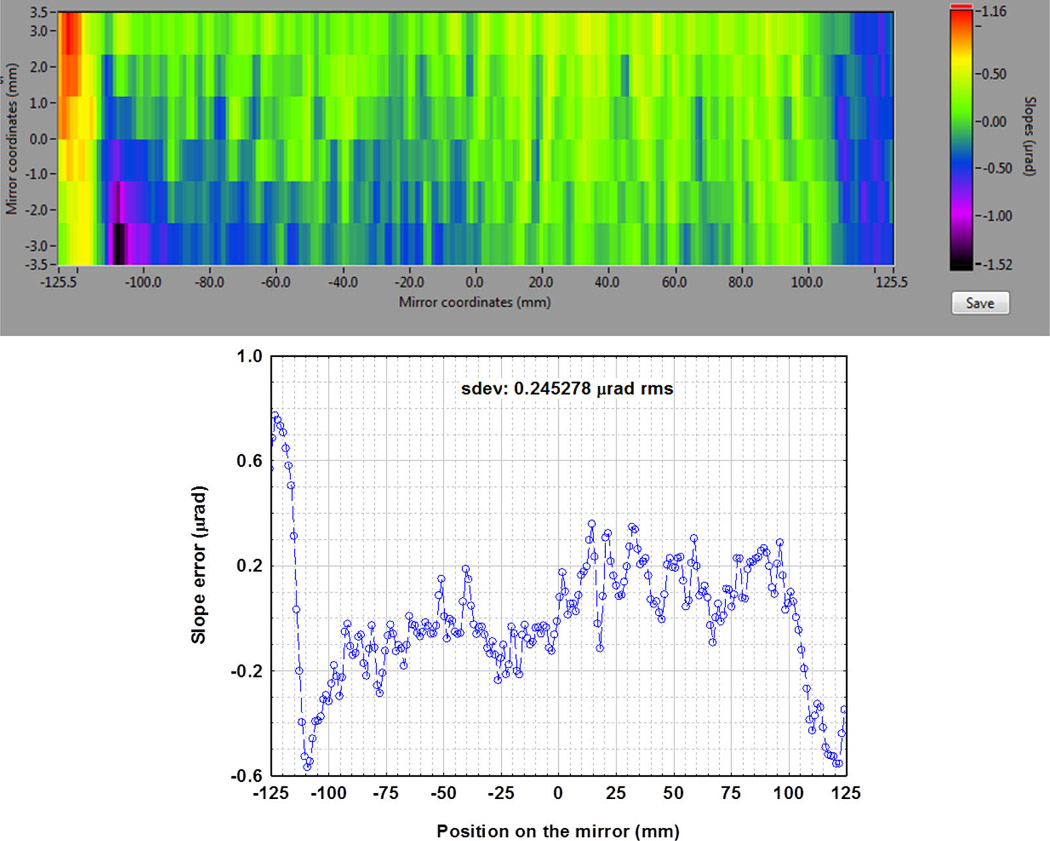 In summary, the SSH-OH offers slope measurement technology with high precision, wide dynamic range, and a full field of view. The system enables noncontact 2D measurement of the surface figure, and has the advantages of accuracy (below 50nrad rms), sensitivity, and repeatability (50nrad). It also offers high spatial resolution and insensitivity to vibrations at a conventional working wavelength (λ=405nm). The instrument can determine radii of curvature down to 1.2m with 0.1% accuracy, and can measure large optics with submicroradian performance because of the stitching approach.

In future, we aim to increase the sensitivity of the instrument by coupling the SSH-OH with other metrology tools—such as the NOM and a stitching interferometry system—using the same mechanical frame. This would enable further measurement of the test mirror's power spectral density.

The authors would like to thank Imagine Optic colleagues for their help in developing the 2D sensors, and Q-SYS for the high-quality mechanical system.

Mourad Idir joined the National Synchrotron Light Source II Project in November 2010, after nearly 10 years at Synchrotron SOLEIL in France. He began working with precision metrology and x-ray optics research and development (R&D) in 1990, and since then has been involved in numerous aspects of synchrotron radiation x-ray optics, x-ray optics R&D, and optical metrology.

Guillaume Dovillaire has more than 12 years' experience in Shack-Hartmann wavefront metrology and adaptive optics. He is a graduate of the Institut d'Optique in France, where he participated in the installation of an adaptive optics system for a military project led by laser-based technology developer CILAS. He later joined Imagine Optic, contributing to conception of the first HASO32 wavefront analyzer, and has been chief technology officer and technical director of the HASO line since 2004.