When pumped with a spatially modulated light beam, random lasers can be tuned to emit into specific, predetermined directions.

Random lasers are exotic light sources that emit coherent light without any of the confining mirrors that are part of a conventional laser.1,2 Instead, the light inside a random laser is trapped by multiple scattering in a disordered medium and can thus be efficiently amplified. The downside is that random lasers emit their light at many different frequencies and in many different directions (see Figure 1).3,4 Scientists have therefore thought about how to ‘domesticate’ random lasers by making both their emission spectrum and directionality externally tunable.5–9 A tunable random laser holds great promise for a range of applications. It could be used as a multipurpose device with a customized functionality that is determined not by its design but rather by external control knobs.

Overcoming the uncontrollable nature of random lasers, however, is difficult. The disordered medium that determines much of the laser's properties consists of a random and typically immobile distribution of scatterers (see Figure 1). Engineering this medium to produce a specific output is possible, in principle, but laborious.5, 6 Rather than trying to control the lasing medium, it seems more promising to modify the spatial profile of the pump beam that provides the external energy (see Figure 2).7–9 Digital spatial light modulators—devices that allow a user to control 2D light patterns—make imprinting any arbitrary pattern on a pump beam relatively straightforward. The difficulty, however, lies in determining which pump pattern leads to the desired lasing frequency or mode. 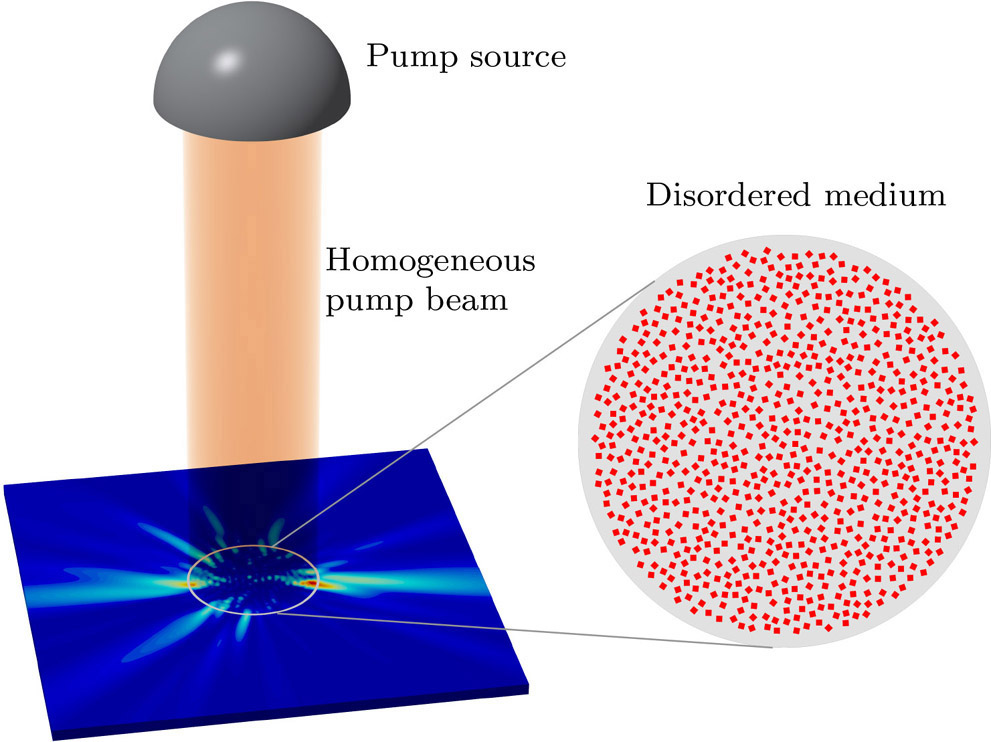 Figure 1. A random laser typically consists of a disordered medium (right) and is optically pumped using a beam of light (left). In the case of a homogeneous pump pattern, the laser will typically emit into arbitrary directions (bottom left).

Solving this problem is similar to finding the optimal pump grating in a distributed feedback laser, only we are dealing with a random laser that does not have well-behaved periodic laser modes. In a random laser, the mode patterns are highly irregular and unique to each medium.3, 4 Every laser, therefore, requires a specially designed ‘pump grating’ to achieve the desired output. However, once the pump grating is known, it always produces the same output for that specific laser. 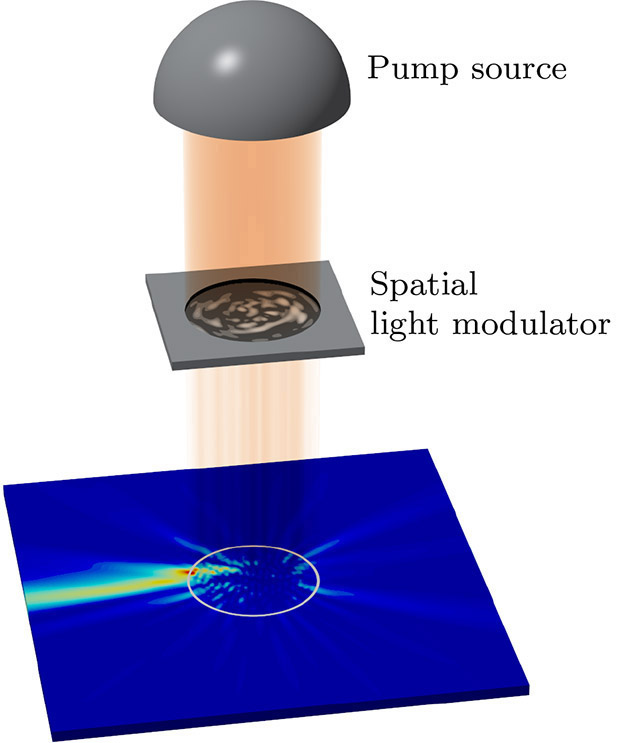 Figure 2. By optimizing the spatial profile of the pump beam with a spatial light modulator, it is possible to enhance the emission of the random laser into a single direction while reducing the emission in all other directions. The disordered medium used here features the same distribution of scatterers as in Figure 1.

Fortunately, it is possible to find the right pump grating without knowing how the scatterers in a random laser are distributed. The trick is to set up an optimization procedure based on a feedback loop between the pump grating profile and the laser output. The profile can be iteratively improved to produce an output that is closer to the desired specifications. We have recently demonstrated how this approach can be used to trick a random laser into emitting in a single predetermined direction.9

In our theoretical study we look at two conceptually different cases. In the first case, the random medium is strongly scattering, such that the laser modes are strongly trapped inside the medium with low lasing thresholds as a result. Since all lasing modes are already well-defined by the structure of the medium itself, the pump profile can only select one mode at the expense of all the others. To achieve unidirectional emission, we can therefore choose a pump profile that simply selects the mode with the smallest deviation from the desired far-field emission pattern to be the first lasing mode.

In the second case, where the scattering in the medium is weak, the laser modes are only weakly trapped by the medium with, correspondingly, a higher lasing threshold. In this limit, the pump profile has a much stronger influence on the lasing modes and has the potential to shape, rather than just select, them. It is here that the full potential of our optimization technique can be brought to bear.

Starting with a randomly chosen initial configuration and using a gradient-based optimization technique, we iteratively adjust the pump profile to shape the first laser mode according to a predetermined narrow angular distribution of emission. We typically require fewer than 20 initial guesses in our optimization procedure to reach a result that matches the target function to better than 95% (see Figure 2). This level of agreement, which we find based on ‘pump-shaping’ the modes, is much better than what can be achieved by simply ‘pump-selecting’ laser modes in the limit of strongly scattering media. Based on this encouraging result, we also managed to push our optimization procedure even further by making a random laser emit in two predetermined directions simultaneously.9

In all the cases we studied, the pump profiles we obtained through the optimization procedure are highly irregular. It is not evident why a specific profile leads to a given emission pattern when applied to a random medium. Clarifying this open question certainly constitutes an interesting theoretical challenge for the future. From the experimental point of view, the obvious next step would be to implement our envisioned setup with a random laser that is pumped through a spatially modulated light beam (see Figure 2). Given the exciting recent progress on the experimental side,10 we believe that our ideas can be realized with presently available setups. Such an experimental realization would not only be interesting from the fundamental physics point of view, but would also enlarge the scope of random laser applications.

Stefan Rotter is a professor for theoretical physics with a research focus on nonlinear dynamics and complex scattering. With a background in the theory of mesoscopic systems, he started working on lasers during a postdoctoral fellowship at Yale University. He now leads a multigroup research effort dedicated to this topic.