Launching satellites is expensive because the hardware involved is heavy. Typically, remote-sensing orbital systems are more than 100kg in mass, but the heaviest Earth observation mission, the Envisat, was 8000kg. With launch costs of several hundred million dollars, it has been reasonable to use only technology that is carefully designed and thoroughly tested. This has led to projects with very long lead times, and the use of technologies that are not the newest in their class. Envisat, for example, was planned in the early 1980s, but was only launched in 2002.1

In the past decade, smaller, lower-cost satellites have started to emerge. Nanosatellites, with a mass of 1–10kg, or even smaller picosatellites can be developed quickly and are able to make more frequent missions. Smaller units require scaled-down instrument technology, and therefore we have developed a novel miniaturized spectral imager, which we will launch in a prototype satellite, Aalto-1, in 2014. The imager can analyze spectral features more precisely than standard cameras that rely on red, green, and blue light.1,2 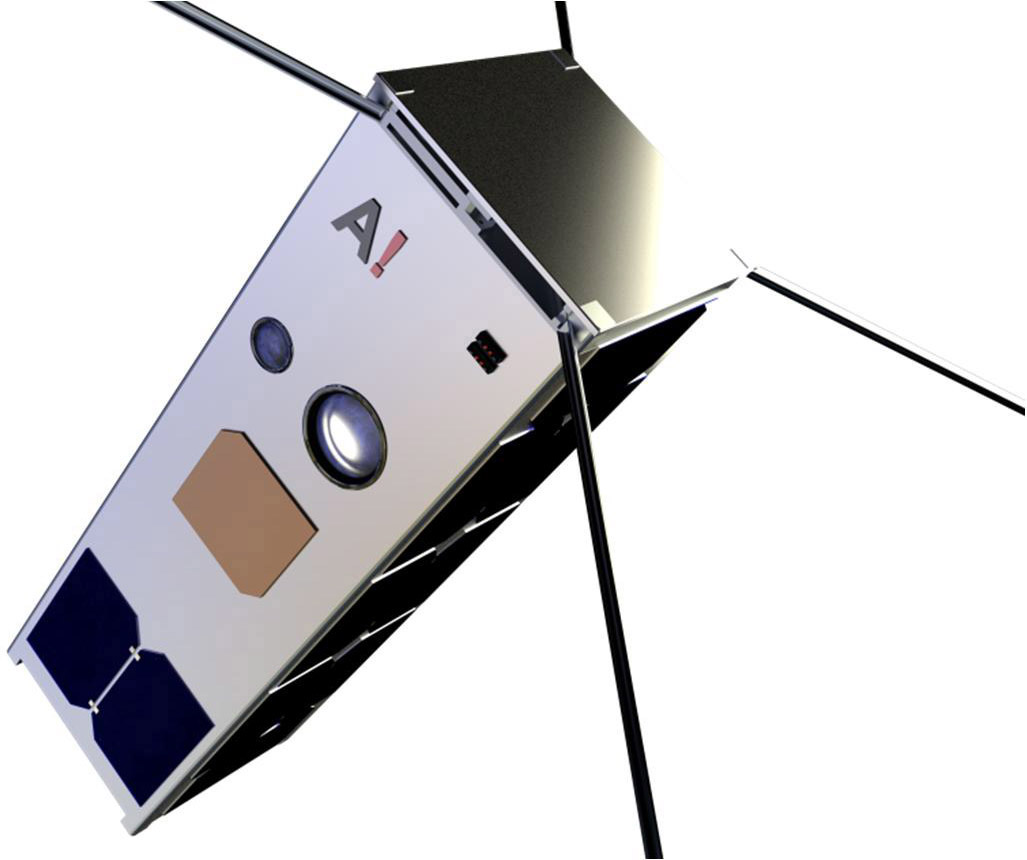 The Aalto-1 is a three-unit CubeSat, a design developed by California Polytechnic State University in 1999, and which is now the most common form of nanosatellite.3, 4 Aalto-1's dimensions are 100×100×340mm, and its mass is 4kg (see Figure 1). Its main payload is the spectral imager, but it also holds a compact radiation monitor and an electrostatic plasma brake (a deorbiting device).2 The imager is based on a piezo-actuated Fabry-Perot interferometer (FPI), a tunable optical filter capable of imaging dozens of spectral bands. Fabry-Perot technology has been demonstrated in unmanned aerial vehicles with high levels of success.5, 6

The interferometer consists of two highly reflective parallel surfaces separated by a tunable air gap. Manipulating this gap changes the transmitted spectral band, so the FPI acts as a tunable bandpass filter. The assembled system is bonded to a printed circuit board (see Figure 2). Using a larger air gap it is possible to image three spectral channels simultaneously. At wider gaps, the FPI passbands are closer to each other, and thus it is possible to obtain three passbands within the operational wavelength range (see Figure 3). Typical color sensors have separate channels for red, green, and blue light, and by combining these with the FPI's three passbands we can, in one instant, image the three spectral channels. By increasing the air gap, the three transmission peaks shift to longer wavelengths, enabling measurement of the continuous spectrum.6 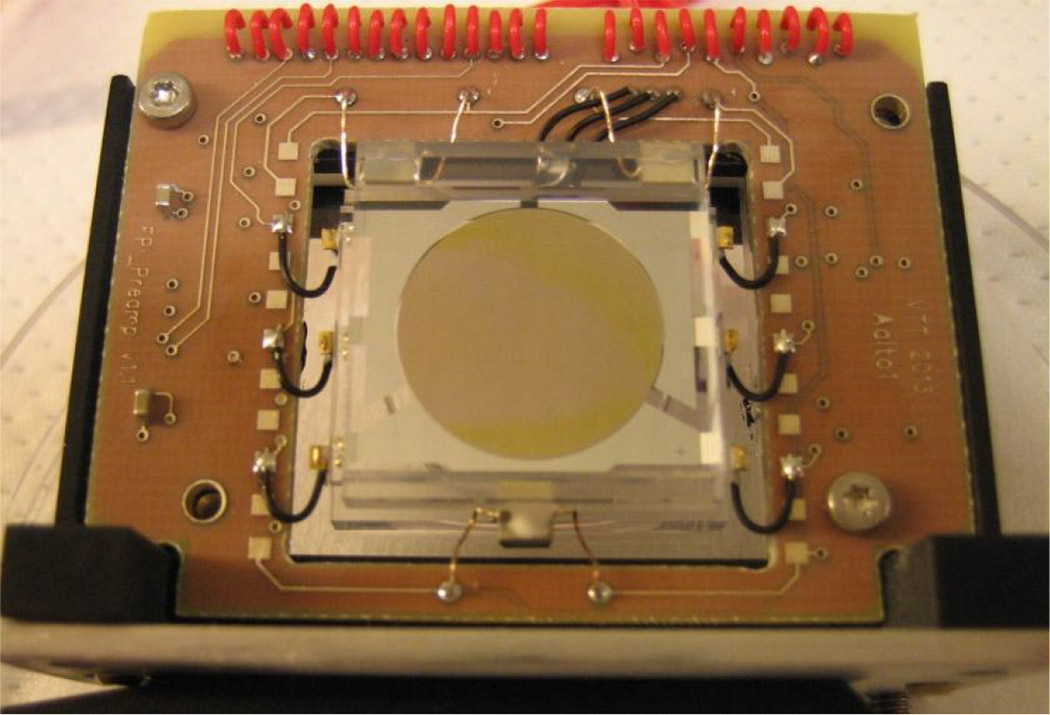 Figure 2. The piezo-actuated Fabry-Perot interferometer (FPI) integrated in a printed circuit board. The tunable interferometer is the circular area (diameter 15mm) in the center of the glass substrate. 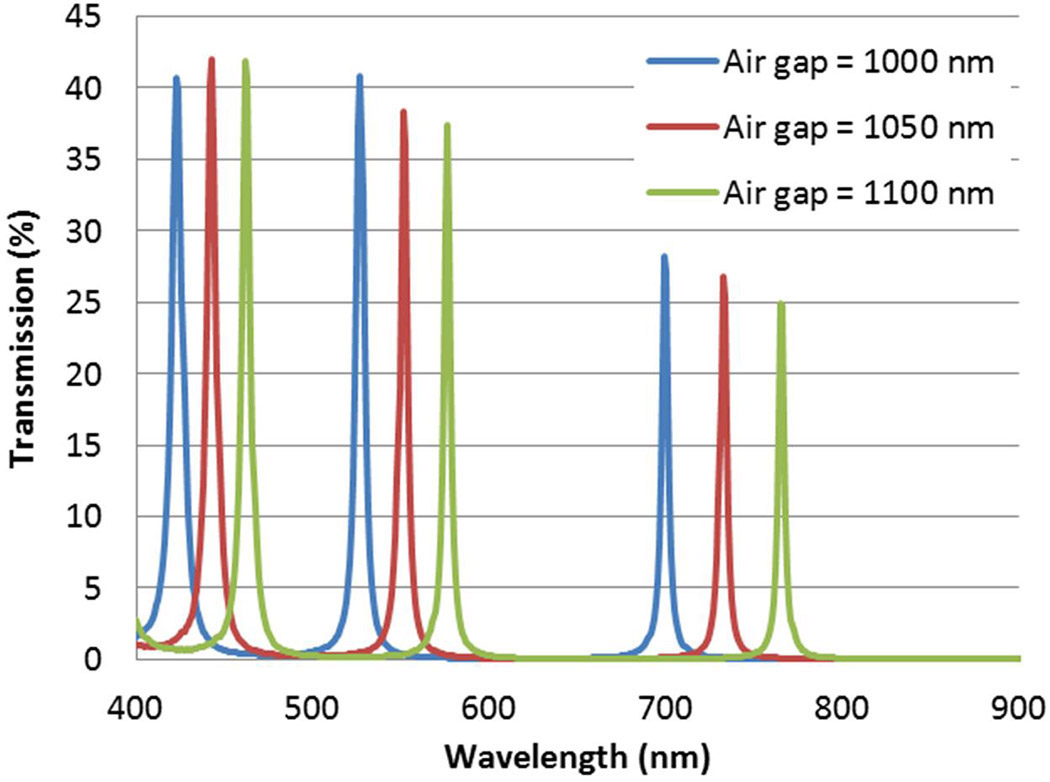 Figure 3. Spectral transmittance of the FPI with different air gap values. By combining the FPI and a typical three-color image sensor it is possible to image three spectral channels simultaneously. 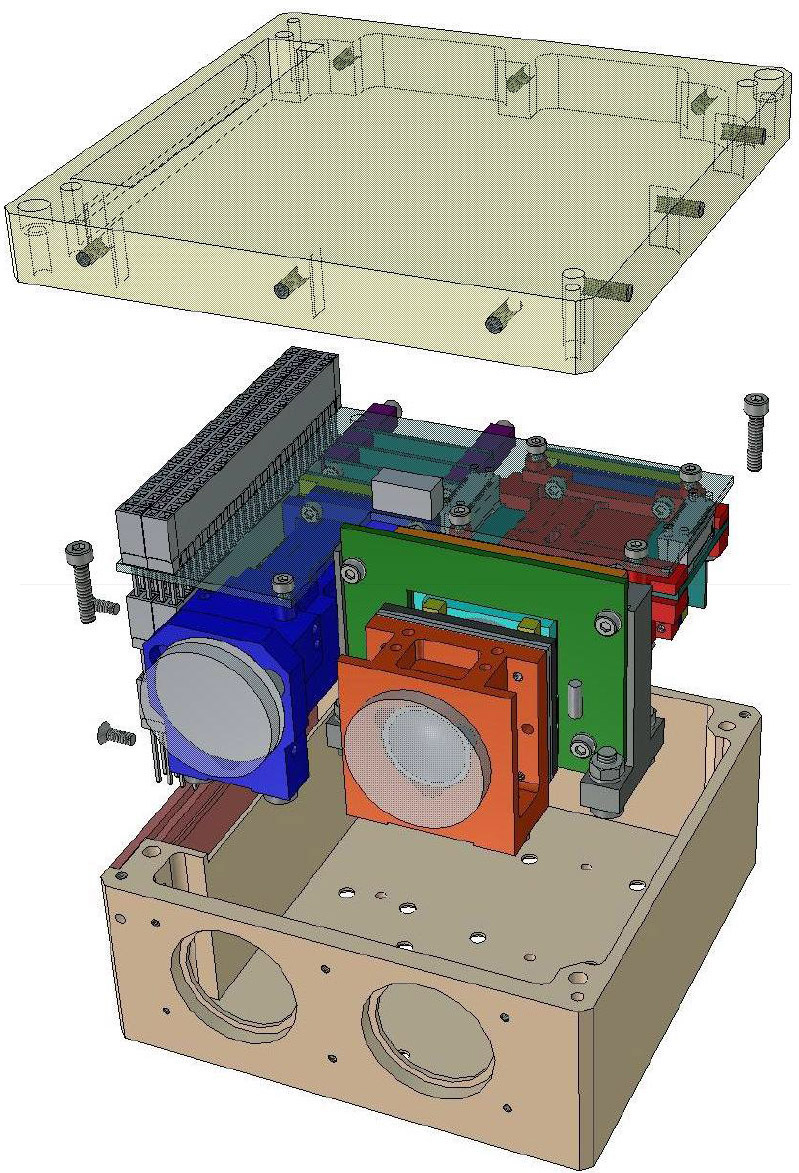 Figure 4. Interior of the spectral imager unit (dimensions 97×97×48mm), which includes the imager and a visible-range red-green-blue light camera. 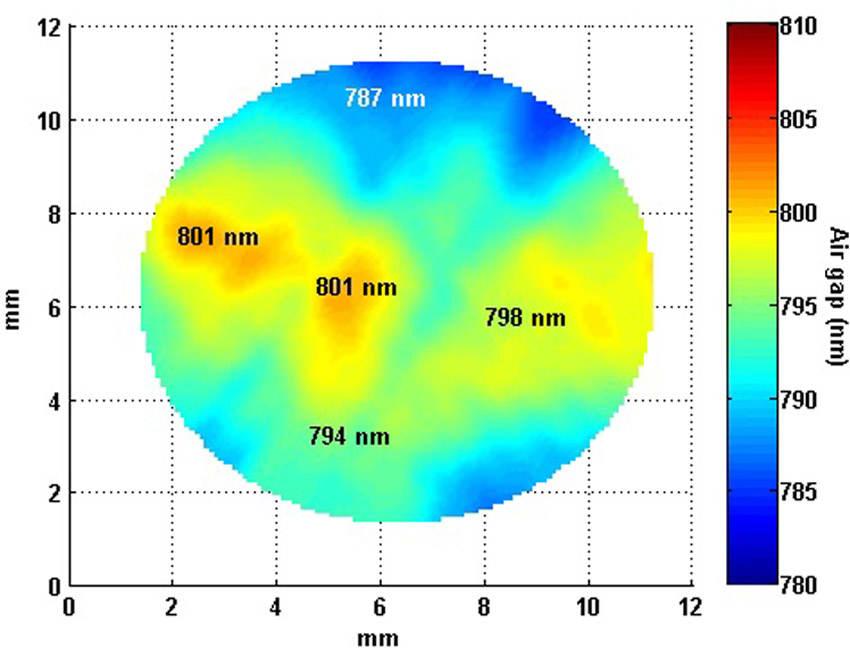 Figure 5. Measured air gap distribution of the FPI. In this example, the variation in the air gap is about 14nm, as the gap starts to curve near the edges. A smaller variation means increased mirror flatness. The aperture shown here is about 10mm in diameter.

By blocking blue light with a long-pass filter, it is possible to use the blue channel for near-IR measurements.6 This is the basis for the design of the Aalto-1 imager. Its spectral range is 500–900nm and its resolution is 8–15nm. The narrow spectral width requires the mirrors to be parallel, and we achieved this using three piezoelectric actuators, controlling them in a closed capacitive feedback loop.6

The imager's field of view is 10° × 10° with a ground pixel size of 120–150m (altitude 700–900km). The orbital height has not been confirmed. Imaging resolution is 1024×1024 pixels, but the downlinked spectral image size is 512×512, which means that pixels will be binned on board the satellite, or that only part of the image will be downlinked. The focal length of the optics is 32mm and F-number (a measure of lens speed) is 3.4. The spectral imager size, including electronics, is 97×97×48mm and its mass is 600g (see Figure 4). One measure of FPI quality is the parallelism of the air gap. If the gap is deformed, it will also cause changes in the transmission peaks. Currently, we can achieve air gaps that have less than 15nm variation over the FPI aperture (see Figure 5).

In summary, we have designed a miniaturized spectral imager that enables remote sensing with nanosatellites. The instrument will be assembled in late 2013. The next step will be its launch on a satellite, which is planned for 2014.

Rami Mannila is a senior scientist and received his masters and licentiate degrees in physics from Helsinki University in 1999 and 2009. He has worked on spectrometers and imaging instruments, including remote sensing, gas measurement, and diagnostic applications.

Antti Näsilä is a research scientist and received his master of science degree in technology from Aalto University School of Electrical Engineering in 2013. He has worked on the Aalto-1 satellite project at Aalto University and VTT. He has also conducted characterization and testing for unmanned aerial vehicle spectral imagers.

Heikki Saari received an MSc in technical physics from Helsinki University of Technology in 1980, and then a doctorate in technology in 1996. He has led several space and airborne remote-sensing instrument development projects. These include the Ozone Monitoring Instrument CCD detector modules for the Earth Observing System satellite Aura, the Global Ozone Monitoring by Occultation of Stars (GOMOS) instrument on Envisat, and micro-opto-electro-mechanical systems (MOEMS) for the European Space Agency. His interests include scientific CCD and CMOS sensors and their electronics, digital aerial cameras and hyperspectral imagers, and MOEMS applications.