A new pulse-modulated phase-shifting instrument eliminates variations in the intensity of interference signals.

Wavelength tunability—altering the operational wavelength of laser diodes (LDs)—is a useful parameter for configuring compact interferometers.1 LD wavelengths can be modulated directly using stepwise,2, 3 triangular,4,5 or sinusoidal6, 7 signals. Several types of interferometers that use LDs have been proposed and are used in practical applications, such as testing and inspection of optical components. However, interference signal intensity varies with the injection current of LDs, and therefore direct modulation can degrade the measurement accuracy of the system.

Figure 1(a) shows an example of conventional LD direct modulation achieved using a triangular signal. Both the wavelength and optical power vary with the injection current. Consequently, the amplitude of the interference signal changes with the injection current. A pulse modulation, with short current pulses, originally used in a phase-shifting interferometer is illustrated in Figure 1(b).8 This type of modulation can be used as an accurate measurement because the optical power is constant during the current injection.

We have designed a modified pulse-driven LD interferometer that uses two coaxial interferometers and an undersampling technique. These two aspects of the design improve the robustness of the optical system and allow it to be used in conjunction with a standard low-frame-rate camera to capture interferograms, respectively. 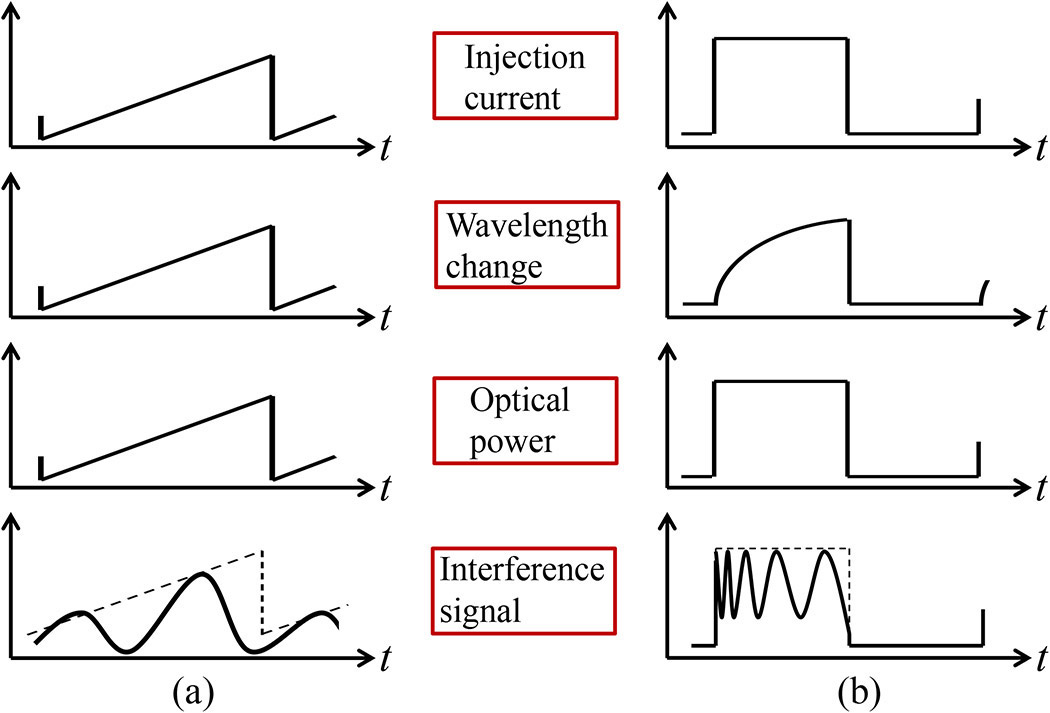 Our system (see Figure 2) features an oscillator that injects a modulating current into an LD that emits light at a wavelength of 685nm. A collimated (i.e., with parallel rays) laser beam passes through a beam splitter and is fed into a pair of interferometers (INT1 and INT2). The two interferometers are aligned coaxially, with optical path differences (OPDs) that can be adjusted, which means that the system is simple and robust to external disturbances. The interferogram generated in the first interferometer (S1) is captured using a CCD camera and passed to a connected computer. A second interferogram (S2) and the injection current are detected by a photodiode and transmitted to the computer via an analog-to-digital converter. S2 is simultaneously transferred into a trigger circuit that generates an image-capture pulse for the CCD camera.

Figure 3. Illustration of the undersampling technique. When a series of current pulses (a) is periodically injected, interference signals, S1(t , x0, y0) (b) and S2(t) (c), are obtained. The TRG generates a series of trigger pulses (d) at each instance of the 2nπ(n = 1, 2, 3, 4) phase change in S2(t), for every current injection. T: Period. 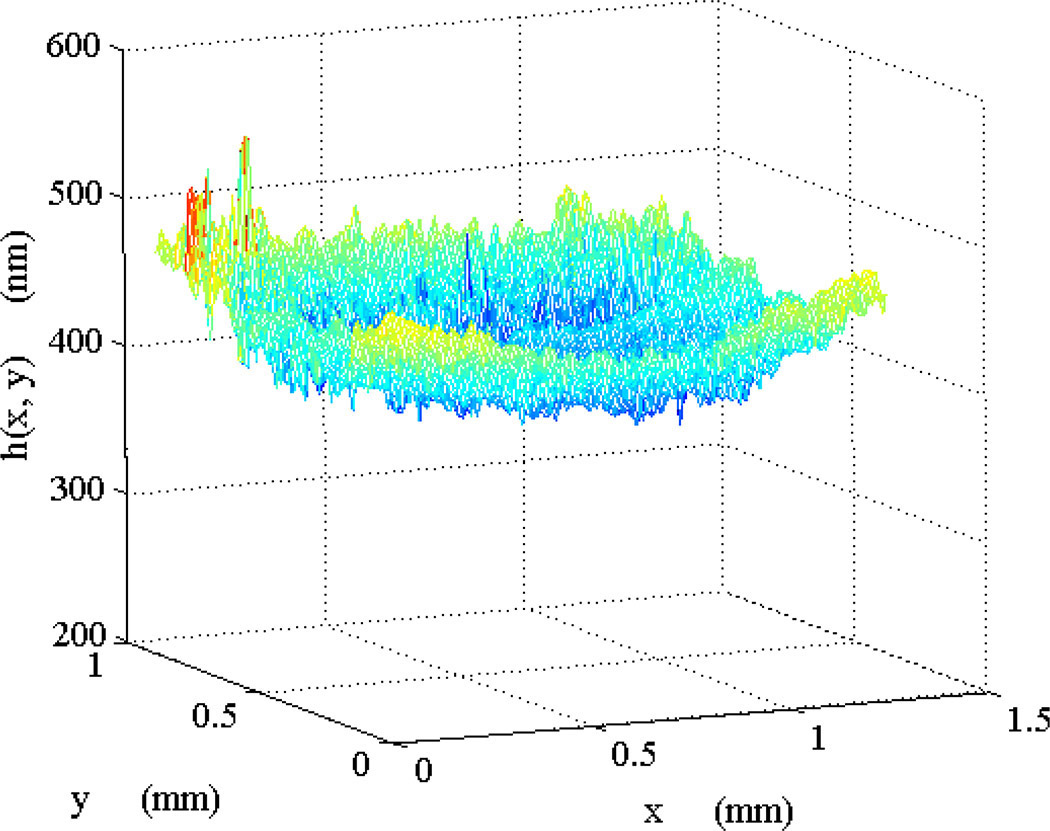 Figure 4. The measured surface profile of a concave mirror, with a 5m radius of curvature.

The interference signal phase change in our LD interferometer is proportional to the OPD of the system.6 We can therefore obtain a series of phase-shifted interferograms and calculate a surface profile using a phase-shifting algorithm.9 It is difficult, however, to capture the interferograms because the variation in the interference signal is fast and the time intervals between the phase changes are very short. To overcome this problem we employ an undersampling technique, where periodic interference signals are obtained for every injection (see Figure 3). A circuit generates a trigger pulse at each instance of whole number multiples in the phase-shifted interferogram (S2). We capture interferograms at the rising edge of the trigger pulse using a standard CCD camera. The time intervals of the trigger pulse can be arbitrarily selected by adjusting the period of the injection current.

We used our experimental setup to measure the surface profile (see Figure 4) of a concave mirror with a 5m radius of curvature. The pulse height and duration of the injection current we used were 80mA and 1.2ms, respectively. The OPDs of the two interferometers were adjusted to 40 and 160mm to obtain quadrature interferograms. The difference between the sectional profile we traced at x=0.74mm and the theoretical curve (calculated from the radius of curvature) was 18.4nm (root mean square).

In summary, we have designed and built a pulse-modulated phase-shifting interferometer that uses two coaxial interferometers and an undersampling technique. In our system, the modulation intensity we use directly affects the accuracy of the technique. We are currently working on the design and configuration of a compact and mobile version of our system that will have further industrial applications.

Takamasa Suzuki is a professor of electrical and electronic engineering. His research interests include optical metrology and optical information processing.