Materials play a crucial role in shaping technology, and carbon-based nanomaterials possess some remarkable properties that have enabled their use in a wide variety of devices. These include miniaturized physical sensors made from single-walled carbon nanotubes (SWCNTs), specifically, pressure sensors that exhibit an ultra-wide dynamic range and operate at ultra-low power.1–4The high elastic modulus and electrical properties of SWCNTs also make them an attractive candidate for nanoelectromechanical systems (NEMS) for high-frequency and low-actuation-voltage devices.5Vertically oriented carbon nanofibers, where the graphene layers are inclined to the central axis, also possess interesting mechanical and electrical properties6 that can be applied to the development of miniaturized NEMS switches and resonators in a 3D architecture.7–9In addition, ensembles of vertically oriented multi-walled carbon nanotubes exhibit remarkable light-trapping capabilities that are effective optical absorbers in the IR for radiometry and energy-harnessing applications.10, 11 Such carbon-based absorbers are also remarkably resilient to high temperatures and are a robust and rugged class of absorbers compared to diffuse metal blacks, which can be mechanically fragile.

The 2D form of carbon, graphene, has also received significant attention since 2004 when it was mechanically isolated into single atomic layers.12The carbon atoms in graphene are arranged in a 2D-planar hexagonal honeycomb crystal lattice structure: see Figure 1. Graphene exhibits a ballistic room-temperature electron mobility of 2.5×105cm2/V·s,13 carries ultra-high current densities ∼ 109A/cm2,14 exhibits a huge Young's modulus of 1TPa with a breaking strength of ∼ 40N/m,15 and has an excellent elasticity for accommodating strains of up to 20% without breaking. Graphene also has a very high conductivity of ∼ 5000W/m·K16, 17 and optical absorption of 2.3%.18 These properties—flexibility, strength, high conductivity, and transparency—have led to graphene being proposed as a replacement for indium tin oxide (ITO) in organic LEDs, displays, touch screens and solar cells, ultra-capacitors, and chemical sensors. Coupled with its remarkable electronic properties, it is a strong contender for next-generation electronic devices in nanoelectronics, particularly in the RF regime. 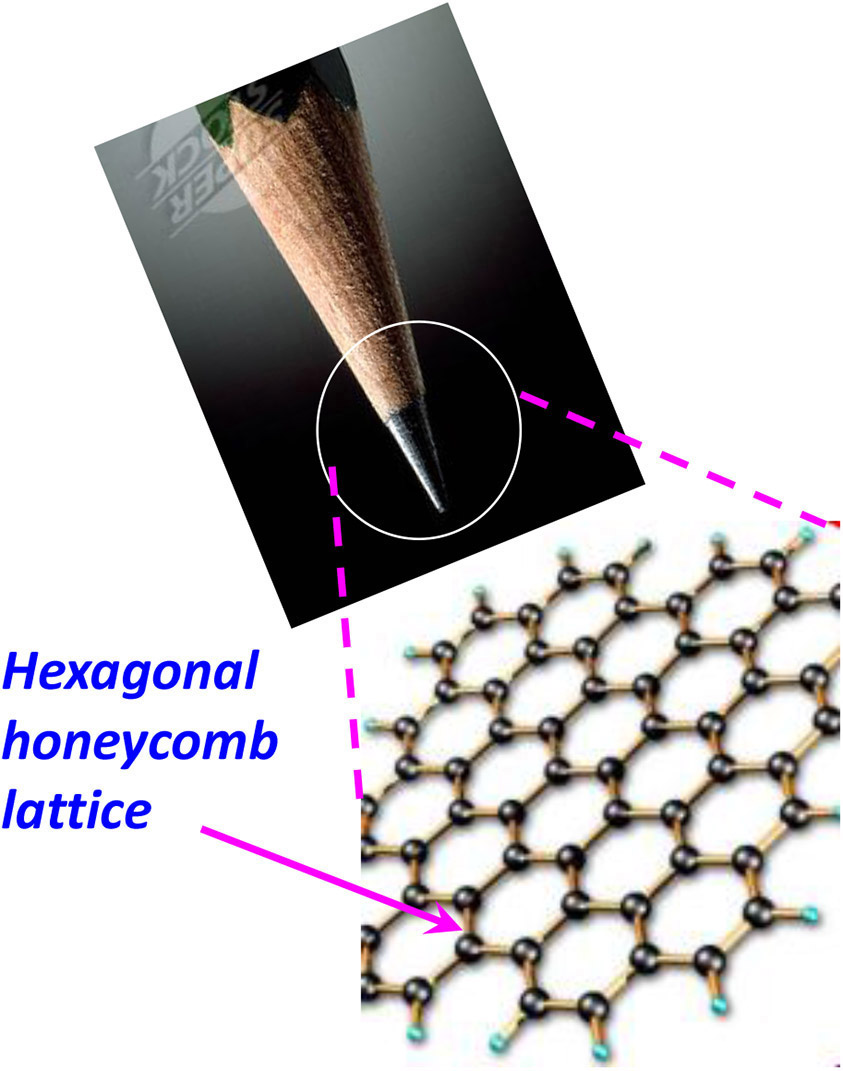 Figure 1. Crystal structures of 2D graphene, which is a single layer of hexagonally arranged carbon atoms. It is derived from graphite, which has been used in lead pencils for centuries.

Although great strides have been made recently for applications of graphene that have stemmed from its unique electrical, mechanical, and optical properties, the absence of an intrinsic bandgap in pristine graphene restricts its usefulness in some applications, specifically digital electronics, where high on/off ratios are desired. Interestingly, recently realized layered 2D crystals of other materials similar to graphene include the transition metal dichalcogenides, transition metal oxides, and other 2D compounds such as insulating hexagonal boron nitride (BN), bismuth telluride (Bi2Te3), and bismuth selenide (Bi2Se3).

The field of 2D materials beyond graphene is likely to grow at a rapid pace in the near future.20 And while the many device applications that have emerged recently have been reported for mechanically exfoliated layers, progress in the synthesis of these materials will prove to be a key factor for propelling this field forward in the coming years.

Any opinion, findings, and conclusions or recommendations expressed in this material are those of the author and do not necessarily reflect the views of the National Science Foundation.

Anupama B. Kaul is a program director at the National Science Foundation where she is currently on assignment from JPL-Caltech.