Digital holography—the technology involved in acquiring, processing, and creating 3D images—is a useful tool for optical inspection and biomedical imaging. The main advantage of this technique is the ability to refocus a scene after a measurement has been made. However, a major drawback of this method is the inherent requirement of a reference wave. In many cases, the reference wave has to be guided separately from the light that passes through (or is scattered by) the object under investigation. The measurements are therefore sensitive to environmental disturbances (e.g., mechanical vibrations), which means that a highly coherent light source (often a laser) is required.

In the past, quantitative shear interferometry has mainly been used to measure smooth wave fronts of light that has either been transmitted through, or reflected by, objects under inspection.1, 2 Its applications include optical inspection of adaptive optics and stellar interferometry.3–6 An alternative method—computational shear interferometry (CoSI)—uses measurements obtained with a shear interferometer and previous knowledge to determine the full complex amplitude (wave function) of a wave field.7

With CoSI we do not use a reference wave to record the wave field scattered by an object. Instead, the object wave is superposed with a shifted representation of itself. After a measurement is made, we use a numerical optimization procedure to recover the full complex amplitude of the object wave from the recorded shear interferograms. Our technique offers all the features of phase-shifting digital holography, such as numerical refocusing and quantitative phase imaging in a remote plane. In addition, it works with partially coherent light (e.g., from an LED) and is therefore a good alternative to conventional interferometry. 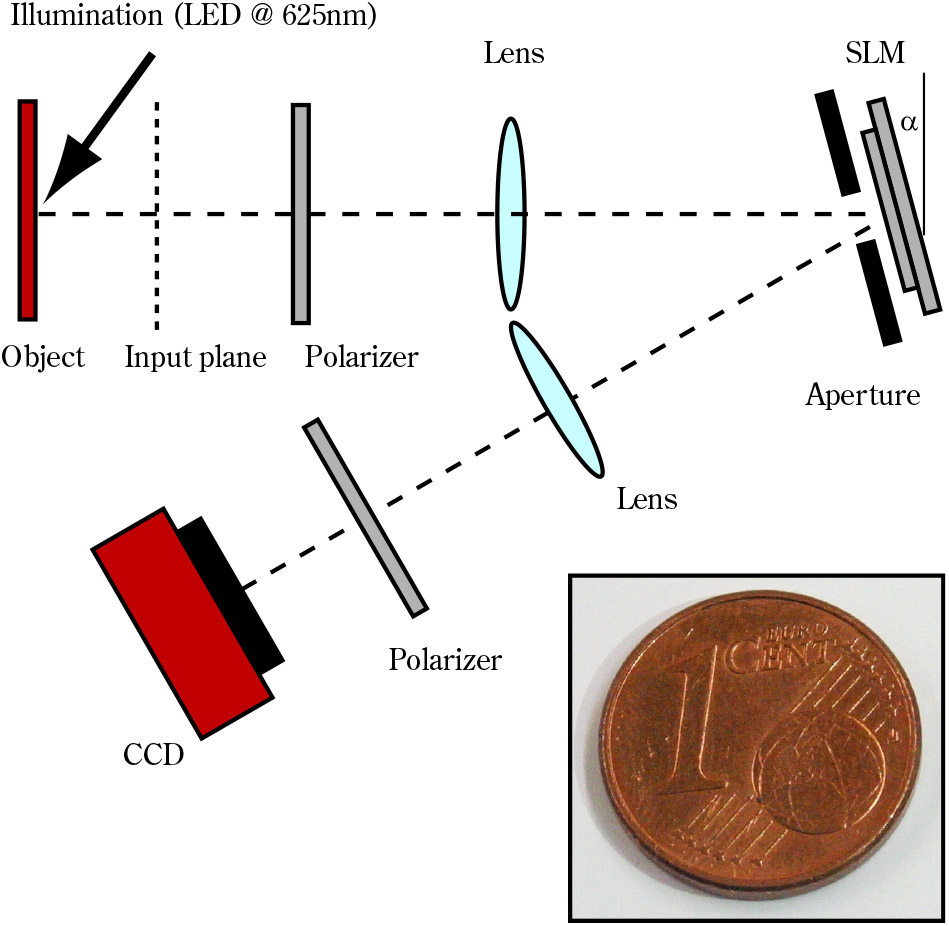 Figure 1. Set up of the computational shear interferometer. Photograph shows a Euro-cent coin that was used in validation measurements for the technique.

Our CoSI experimental setup is shown in Figure 1. We use a shear interferometer, based on the birefringent properties of a liquid crystal spatial light modulator (SLM), in the Fourier plane of a 4f-arrangement (two lenses with a common focal plane).8 The SLM electronically generates a blazed grating, which diffracts light polarized along its slow axis in the first diffraction order. Light polarized along the corresponding fast axis is reflected from the silicon back panel of the device. Two mutually shifted copies of the wave field are created when the incident light has a polarization angle of 45° with respect to the slow axis.9We use the period and the magnitude of the blazed grating to select the specific phase shift. The polarizer in front of the camera is required to produce the interference of the two copies. We can also use the SLM for temporal phase shifting.

Figure 2. Measured amplitude (a) and phase (b) of the wave field across the input plane of the shear interferometer.10These results are interpreted as phase-shifted digital holograms. Both images have dimensions of 700 ×700 pixels. a.u.: Arbitrary units. rad: Radians.

To demonstrate the potential of CoSI we investigated the wave field scattered by a Euro-cent coin (see Figure 1). The coin was placed at a distance of 5.3mm from the input plane of the interferometer. We used a fiber-coupled LED, which emits light at a wavelength of 625nm, as the light source. The fiber has a diameter of 200μm and a coherence length of 10μm. In one set of measurements, we recorded a sequence of four shear interferograms with the phase shifted by π/2 between frames to obtain the interference cross term, which is expressed as:

is a vector in the sensor plane, s is the shear and u refers to the complex amplitude of the wave field. We measured four sets of recordings where the shear value was 3–5 pixels in both the horizontal and vertical directions to determine the underlying wave field. Subsequent to making the measurements, we were able to solve the inverse problem by using an iterative steepest descent gradient approach and a Kronecker delta function as an initial guess.10

The resulting complex amplitude after 1200 iterations is shown in Figure 2. The amplitude is clearly a blurred representation of the coin, whereas the phase distribution shows numerous phase vortices. This illustration shows that our technique provides results which are fully comparable to phase-shifted digital holograms. We used plane wave decomposition (a common technique in digital holography) to propagate the wave field by 5.3mm and focus on the object's surface. The resulting image has the object clearly in focus (see Figure 3). We have, therefore, been able to prove that our CoSI technique can determine the correct wave-field in the input plane of a shear interferometer. 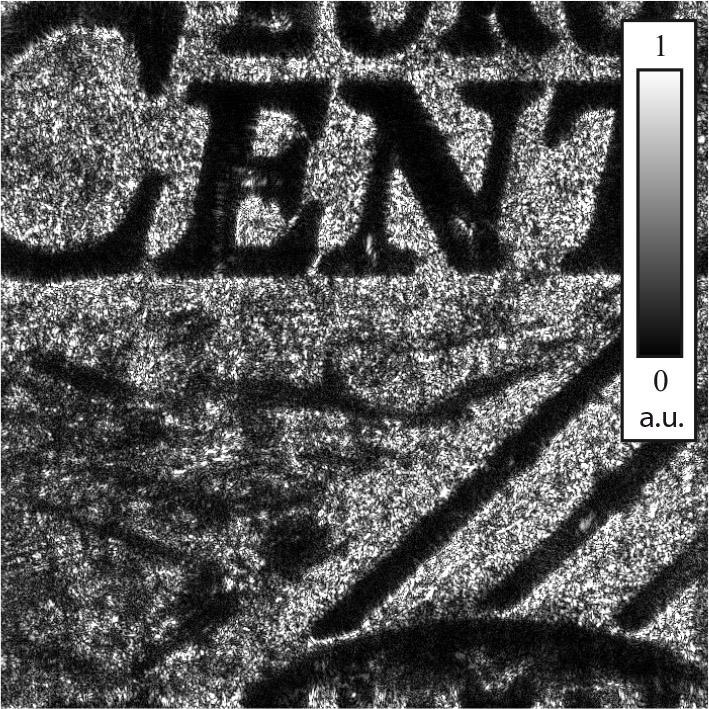 CoSI is a good alternative to interferometric techniques that use a reference wave and to digital holography in particular. With CoSI, the amplitude and phase of arbitrary wave fields can be recorded with few requirements on the stability of the experimental set up and the coherency of the light that is used. In the future, we plan to focus on improving the computational efficiency of our methods and developing a single-shot arrangement. CoSI is not limited to the visible spectrum, and it could also be applied at hard X-ray wavelengths or in electron microscopy to achieve high-resolution wave field sensing when only low-brilliance sources are available.

The authors are grateful to the German Research Foundation (DFG) for funding this work under the grant KO 2894/6-2 (WeSer II).

Claas Falldorf was awarded his PhD in physics from the University of Bremen in 2009 where he is now the head of the coherent optics group. His recent work focuses on sensing of wave fields using phase retrieval and shear interferometry.