Light-emitting diodes have become increasingly common in recent times, and users are continuously finding new applications for LED light, which provides unique features such as color-tunable illumination. The color of illumination is easily tuned because LED sources may be integrated with small color LED chips, and their color output may be manipulated without inefficient filters. The color controllability of LEDs is very attractive in applications such as downlighting, spot lighting, and entertainment, architectural, floodlight, and show lighting, where a narrow beam is projected at a distance. It is not surprising that almost every entertainment stage, building, and monument is now brightly lit with colored LED light.

However, multicolor-chip LEDs are non-homogeneous color sources. When projection optics are added, undesirable patterns such as spatial and angular inhomogeneities or strong color separation usually appear. Simultaneous light projection and color mixing is challenging because most collimators separate colors, and most color mixers spread the light beam. Recently, we proposed and demonstrated novel optics for multicolor LED spotlights that used a short, straight, highly reflective lightpipe, a thin volume scattering diffuser, and a compact total internal reflection (TIR) collimating lens.1 Another newly developed optics system uses minilenses arranged on both the outer and the inner surfaces of a hollow dome that covers the LED chips.2,3 This dome mixes colored light, which can then be collimated using additional optics. Although these optics mix and project colored light at a distance, they are secondary optical elements that are added to the encapsulating package.1–3 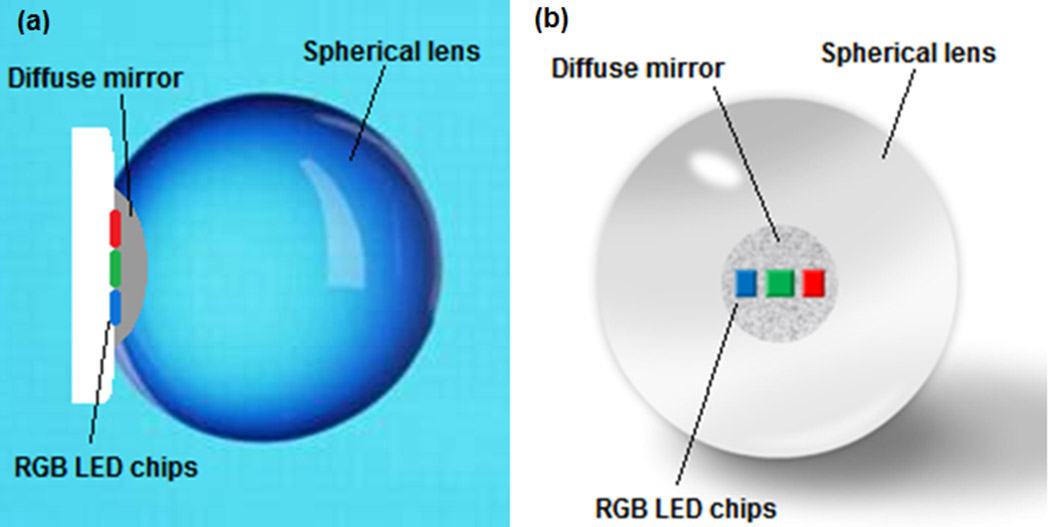 Figure 1. (a) Side view and (b) front view of the multifunctional encapsulating lens with red, green, and blue (RGB) LED chips that are surrounded by a diffuse mirror.

The multifunctional encapsulating lens is a transparent sphere with a small diffuse mirror (see Figure 1). Colored LED chips are embedded within a spherical lens, and a section of the sphere that surrounds the chips is mirrored with a scattering reflector.5 LED chips may be embedded in the dielectric sphere or attached by an index-matched material. The diffuse mirror may be added by roughening and then reflective-coating a section of the sphere. Of the light emitted by the LED chips, only that emitted in a narrow cone escapes the sphere,5 and the remainder is trapped inside it by TIR, almost without loss of energy (see Figure 2). These trapped rays may be scattered in all directions by a diffuse mirror, giving that light another chance to escape, but only in the forward direction. Ideally, repeated TIR will continue until all the light emitted by the LEDs is projected outside of the encapsulating lens. Colored light is mixed by light circling continuously inside the sphere, like mixing a drink in a cocktail shaker, until the scattering mirror enables light to escape in a narrow beam in the forward direction. 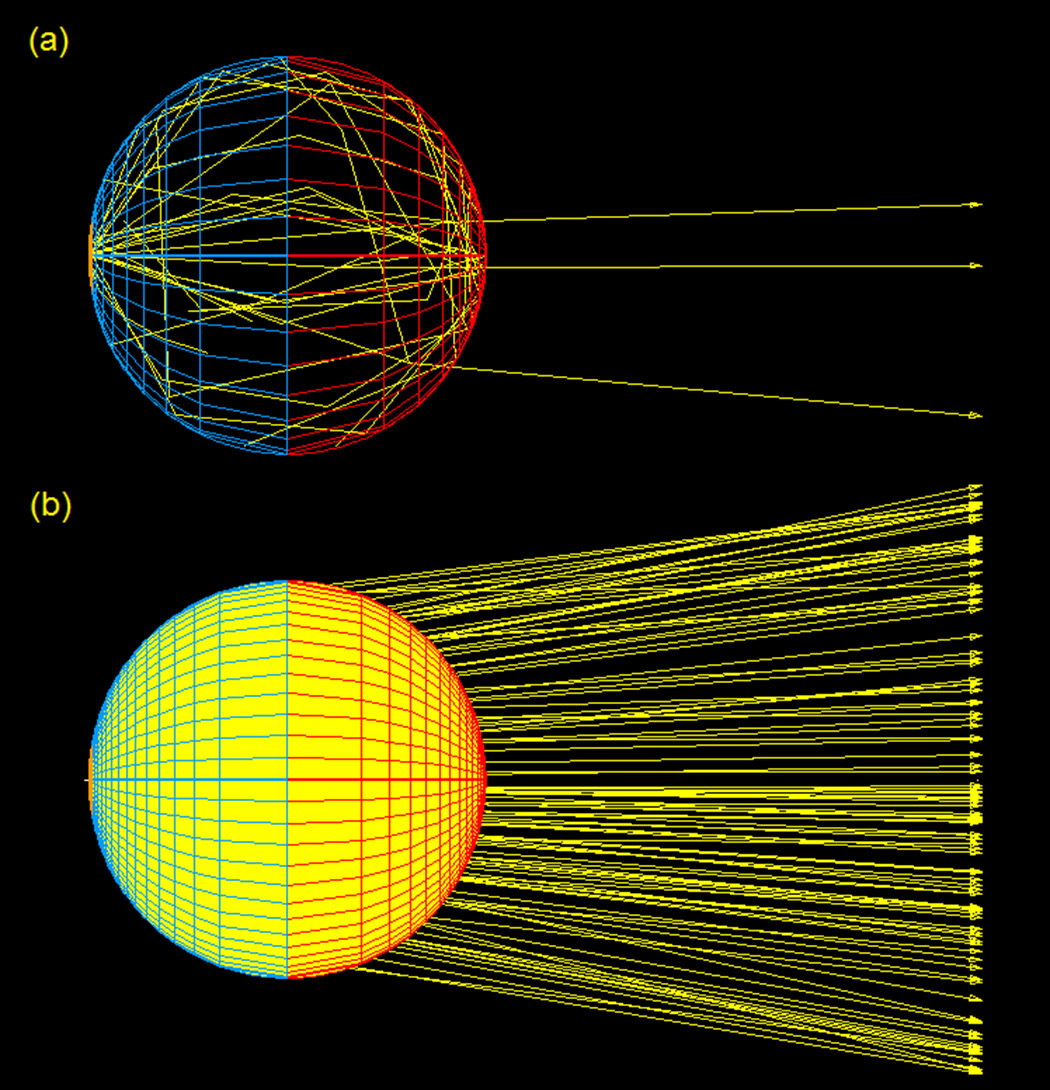 Figure 2. Side view of the multifunctional LED package, which shows light projections in the forward direction and light mixing by multiple total internal reflection. For illustration (a) shows only a few rays and (b) many rays.

Figure 3 shows both the beam pattern collimation, and the color-mixing capabilities of our approach. These graphs are computed by Monte Carlo ray-tracing simulations. The sphere material is PMMA (polymethyl methacrylate), the LEDs' peak wavelengths are 436, 525, and 625nm, and PMMA's refractive index for these wavelengths is 1.5025, 1.4951, and 1.4894. The chips measure 1mm2. Optical performance is good: the optical efficiency is ∼80%, color uniformity is good, and the beam directionality is high.

Figure 3. Light pattern produced by an RGB LED with multifunctional package. (a) Radiation pattern as a function of view angle. (b) Projected light distribution 1000mm from the lens.

The advantage of the new concept—a multifunctional LED package with three optical functions: light extraction, beam projection, and color mixing—is that the optical setup of color-tunable spotlights may be simplified. The optical design of spotlights may also be more versatile because application requirements could be fulfilled just by placing the optimal number and configuration of LEDs. The multifunctional package is primary optics, does not require secondary optics, and thus can be space saving and cost-effective. The disadvantage of the method we have described is color uniformity, which we are working to improve. We are also working to optimize chip configuration and location, sphere size, and mirror shape and size.4

Ivan Moreno received his PhD from the Centro de Investigaciones en Optica, and a BS in physical engineering from the Monterrey Institute of Technology, both in Mexico. His research focuses on geometric optics, illumination with LEDs, radiometry, optical instrumentation, color, and human vision.

Nayeli Rodriguez received her BS in physics from UAZ in 2012 and is now a research assistant at the Max Planck Institute of Quantum Optics, Germany. She has been collaborating with Ivan Moreno at UAZ since 2012, working on multifunctional LED packages and optics for efficient focusing of LED light.