Global energy demands are still predominantly being met by combustion of fossil fuels, contributing to a greenhouse effect that leads to global warming. In spite of being identified as clean, ecofriendly, and renewable, the potential of solar power as a commercially feasible and efficient alternative source of energy is yet to be fully realized. Current commercially-available solar cells are mainly based on crystalline silicon and multi-junction thin films, which have modest efficiencies of between 12–15%. The technology is, in many ways, still rudimentary, with solar power having little impact on global energy production. This is mainly due to expensive fabrication and longer payback time compared with other energy sources. It is therefore crucial to design efficient, cost-effective, and commercially viable photovoltaics that make optimal use of the solar spectrum.

Attempting to meet this challenge, recent research in the field has focused on the development of dye-sensitized solar cells, organic photovoltaics (OPV) based on conjugated polymers, and quantum dot solar cells. Among these approaches, OPV cells have drawn the attention of the research community by virtue of their inherent characteristics, such as low cost of production, capability of undergoing process throughput with room temperature processes (such as inkjet printing), and compatibility for roll-to-roll productions on flexible substrates. Notwithstanding the apparent advantages of OPVs, there are technical challenges that need to be addressed prior to their successful commercialization. Those challenges are to develop polymers with appropriate band gaps, broad optical absorption spectra, and balanced charge-carrier mobility.

To attempt to meet these challenges, our group works on the design and synthesis of conjugated polymers for OPVs. Our ultimate aim is to understand structure-property relationships, so we can subsequently design more efficient all-polymer organic solar cells.

The most efficient OPVs so far have been made using fullerenes as an electron acceptor. [6,6]-phenyl-C61-butyric acid methyl ester (PC61BM) is the most commonly used electron-accepting material due to its high electron affinity. In spite of their suitability for OPVs, one of the drawbacks of fullerenes is their relatively low light absorption in the visible region of the spectrum. To overcome this limitation, we developed a family of new n-type low band-gap conjugated polymers based on diketopyrrolopyrrole (DPP): see Figure 1. These materials exhibit high n-type mobility in organic field-effect transistors (OFETs),1 but they are also extremely useful in providing a tunable absorption spectrum to optimize use of the solar spectrum (see Figure 2). 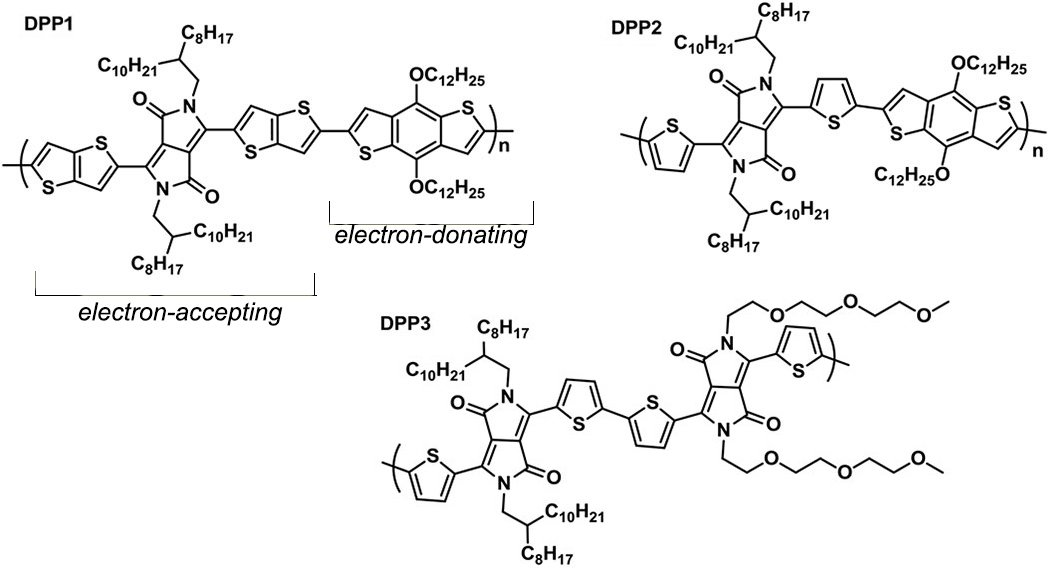 Figure 1. Chemical structures of diketopyrrolopyrrole (DPP)-based conjugated polymers. In each case the electron-accepting DPP component is to the left of the structure as drawn, while the electron-donating comonomers are to the right. 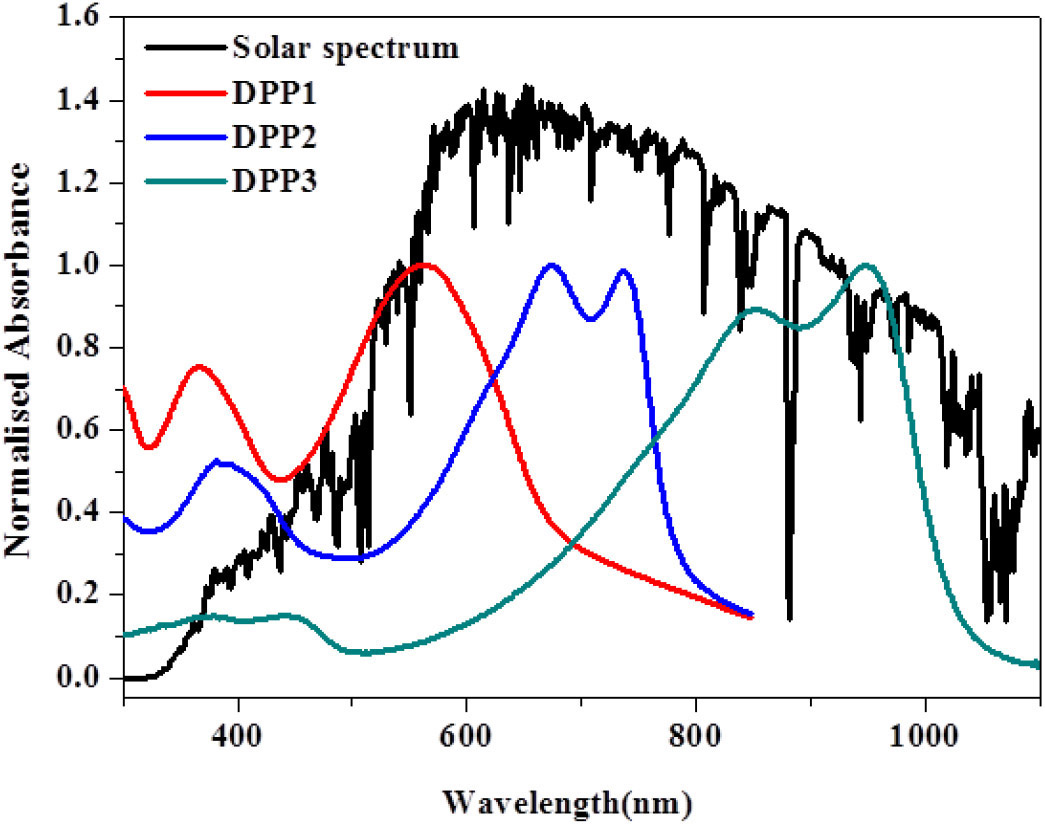 Figure 2. Absorption spectra of DPP-based polymers against the solar spectrum. By tuning the molecular structure of the copolymer, a significant spectral range can be covered.

Our DPP-based polymers have a unique architecture of electron withdrawing and donating molecular substructures, making them suitable for light absorption in the near-IR region of the solar spectrum. Exploring combinations of electron donors and acceptors, we also systematically varied the links between them to tune the band-gap and subsequently facilitate absorption of the entire solar spectrum.2

We made DPP copolymer variants DPP1–3 in Figure 1 by Suzuki and Stille coupling reactions of distannylated/diboronic esters of DPP variants with dihalogenated comonomers. For DPP1, we reacted DPP containing brominated thienothiophene substituents with a stannylated benzodithiophene (BDT) comonomer. For DPP2, we reacted DPP flanked by brominated thiophene substituents with the same BDT comonomer used for DPP1. Finally, we made DPP3 reacting the diboronic ester of the thiophene-substituted DPP with a brominated thiophene-substituted DPP variant containing oligo(ethylene glycol) substituents. We carried out these reactions in toluene with tris(dibenzylideneacetone) dipalladium (0) and tri-(o-tolyl)phosphine as the catalyst and ligand, respectively.

Once the variants were made, we recorded the UV-visible spectra of DPP1–3 using a Varian Cary 5000 spectrometer at a concentration of 2×10−3mg/mL in chloroform solution. Figure 2 shows the results: each copolymer covers a different region of the solar spectrum, indicating that polymer solar cells comprised of the three copolymers would cover it nearly entirely.

In summary, our findings show that we can design and synthesize low band-gap conjugated polymers that possess high extinction coefficients, significant near-IR absorption, and high n-type mobility. The novel n-type material-based acceptors developed in our investigation offer a competitive substitute for the current high-cost alternatives (e.g. PC61BM), in addition to also offering enhanced efficiency and stability. We next plan to fabricate an all-polymer solar cell using our DPP-based polymers as n-type materials.

The contributions of the co-authors on the original publications are gratefully acknowledged. Satish Patil thanks the Department of Science and Technology, New Delhi for financial support.

Satish Patil is a professor of polymer science. He obtained his PhD from University of Wuppertal, Germany in 2004. He has previously worked in Fred Wudl's research group as a post-doctoral fellow at the Nanosystems Institute at the University of California, Los Angeles.

Catherine Kanimozhi is a graduate student and PhD candidate in Satish Pati's group. She obtained her Master's degree in chemistry from the American College, Madurai, in 2007.