Light twists a material on the nanoscale

‘Chiral’ or ‘handed’ structures are non-superimposable mirror images of each other, in the same way that a left hand differs from a right hand. Chiral molecules may be identical in their chemical behavior but differ in their optical and biological activity. Chiral nanostructures could enable us to distinguish and select between such molecules and chemical composites on the nanoscale. They may also enable nanoscale imaging systems (e.g., atomic force microscopes and scanning tunneling microscopes) and permit chemical reactions on plasmonic nanostructures and planar metamaterials to be chirally selective. One of our goals is to fabricate artificial devices with such unique optical properties. 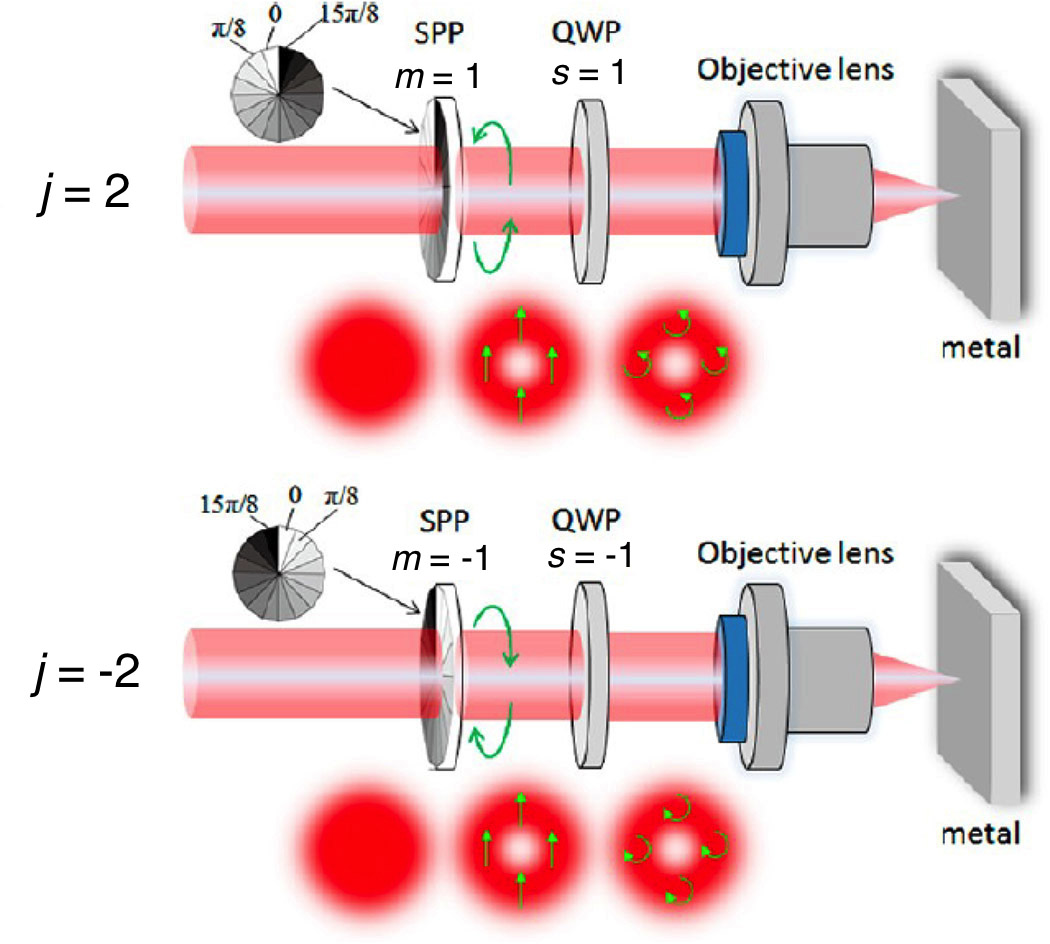 A schematic diagram of our experimental setup is shown in Figure 1. We used a conventional flash-lamp-pumped Q-switched neodymium-doped yttrium aluminum garnet laser (with 1064nm wavelength, 30ns pulse duration, and 10Hz pulse repetition frequency). The light beam acquires orbital angular momentum by traveling through a spiral phase plate (SPP), a quartz disk divided by electron beam etching into 16 azimuthal regions of varying thickness for an nπ/8 phase shift (where n is an integer between 0 and 15). This shaped the beam output as a first-order optical vortex with m=1.

A second-order optical vortex with m=2 was also produced by two overlaid SPPs. A quarter-wave plate (QWP), placed in the optical path between the SPPs and a focusing lens, increased the spin angular momentum of the optical vortex by retarding light polarized in one direction by π/4 compared to light polarized in the perpendicular direction. We reversed the sign of the optical vortex helicity by inverting the SPPs and the QWP. The target in the present study was a 2mm-thick polished plate of tantalum, which has a relatively low ablation threshold compared to other metals.

An objective lens focused the optical vortex onto the target to a spot 65μm in diameter. The pulse energy was in the range 0.2–0.8mJ. To maximize the nanoneedle height, we fired four vortex pulses at the same place on the target. All experiments were performed at atmospheric pressure and room temperature. We used a JSM-6010LA scanning electron microscope to observe the ablated surface of the tantalum plate with a spatial resolution of 8nm at 3kV. 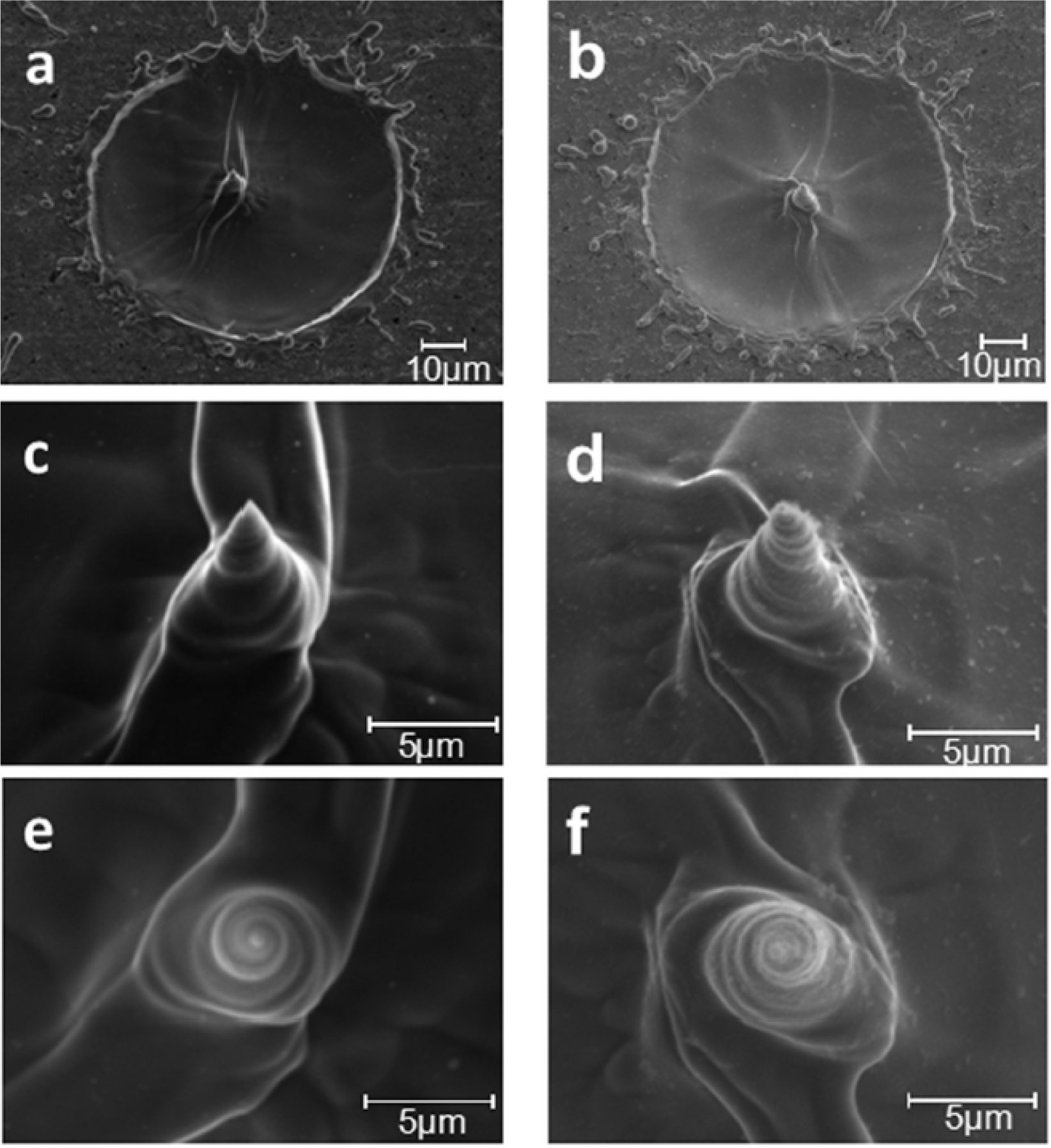 We also used energy-dispersive x-ray (EDX) spectroscopy to estimate the relative amounts of the chemical components of the fabricated nanoneedle. The EDX spectrum is almost identical to that of the substrate surface, indicating that the needle is perfectly metallic.

In summary, a chiral nanoneedle, formed by transfer of angular momenta from helical light to a material surface, could be used in novel devices, such as planar chiral metamaterials,8 and plasmonic nanostructures, that will also help us in our research to selectively identify chiral chemical composites. For instance, we are investigating how to use a 2D chiral nanoneedle array as an optical polarization rotator in the mid-IR or terahertz region, for which optical devices are limited. We are also working to use the transfer of angular momenta from light to physical objects to biomicroelectromechanical devices to activate a living cell, and also to screw nanoelements to a metal substrate.