Evidence for microbial life on Mars?

Although the Labeled Release (LR) experiment1 on NASA's Viking missions satisfied the pre-mission criteria for the detection of microbial life on Mars in 1976, the claim that extant life was found has since been disputed by several alternative hypotheses. This resistance has focused primarily on the failure of the Viking chromatograph-mass spectrometer to find any organic matter,2 and the supposed absence of liquid water on the surface of Mars. To this day, the results of the LR experiment are inconclusive and the issue remains unresolved.

One of the main scientific goals of NASA's Curiosity rover—part of the Mars Science Laboratory mission—is to help determine whether Mars once supported life. We believe that several of the Curiosity payload instruments have the capacity to confirm the existence of life on Mars. These include the Chemistry and Camera complex (ChemCam), Sample analysis at Mars (SAM), and Mars Hand Lens Imager (MAHLI) high-resolution camera instruments.

We propose that results from the SAM instrument support the original claims that the Viking LR experiment results were evidence of microbial life on Mars.3, 4 SAM is made up of three main instruments: a quadrupole mass spectrometer, a gas chromatograph, and a tunable laser spectrometer. Together, these instruments make precision measurements of oxygen and carbon isotopes in atmospheric carbon dioxide and methane, and should be able to distinguish between their geochemical and biological origins.

The Rover Environmental Monitory Station (REMS) instrument on Curiosity uses a UV sensor to measure several meteorological parameters. During the first 200 Martian days (sol) of the mission, the REMS data shows that atmospheric pressure did not fall below 610Pa (i.e., the triple point pressure of water); water exists only as a solid or vapor below this pressure (see Figure 1). When atmospheric pressure is >610Pa, liquid water can exist on the surface of Mars if the ground temperature is 0–13.5°C. The REMS results also indicate that atmospheric and ground temperatures frequently peak above 0°C (see Figure 2). In addition, a direct measurement of liquid water has been made by SAM (see Figure 3). Water vapor is released from samples as they are heated and this has been interpreted as evidence of hydrated minerals and ancient habitable conditions. We highlight that the large amount of water vapor released from the sample when its temperature is between 0°C and 13.5°C can only be evidence of liquid water. 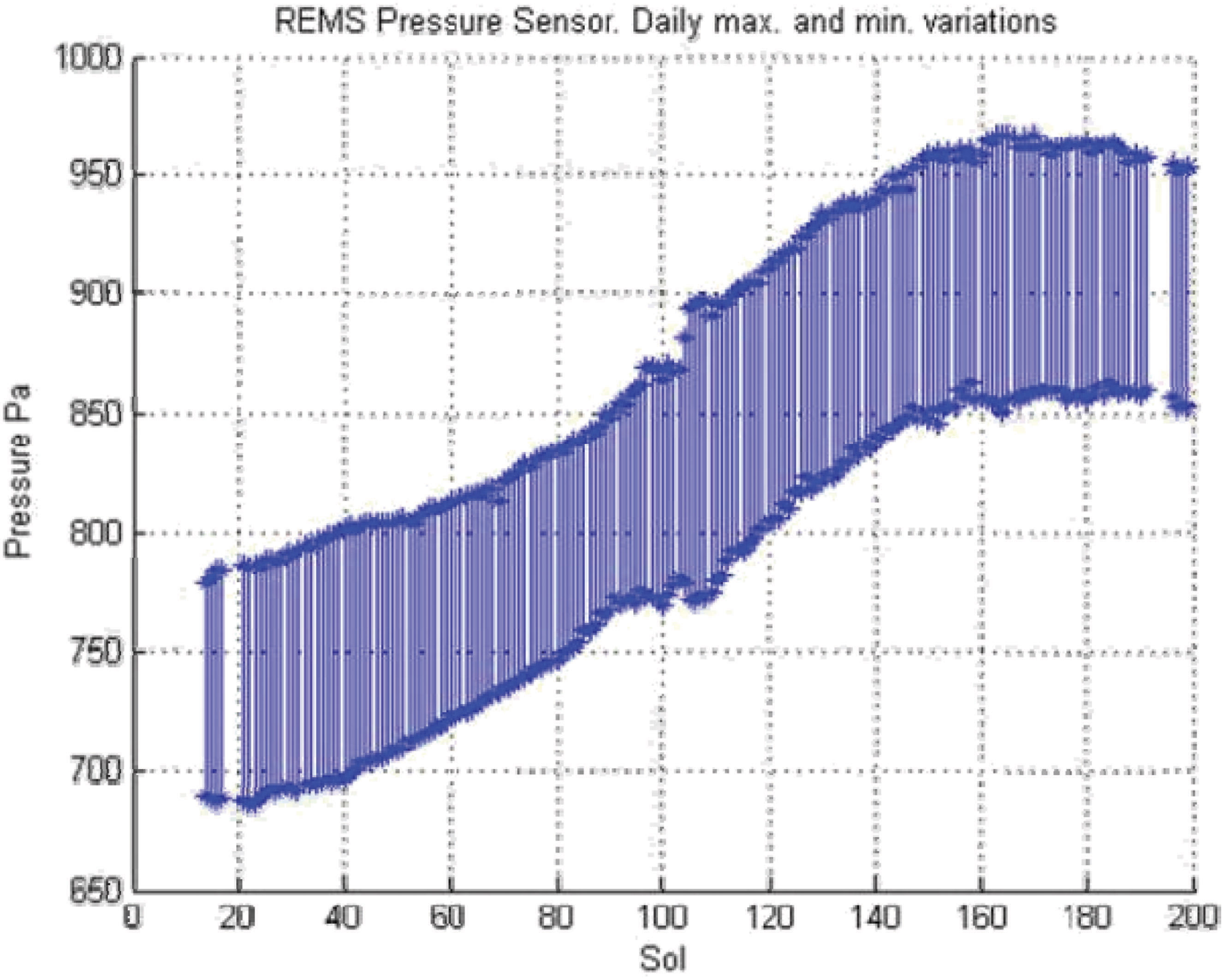 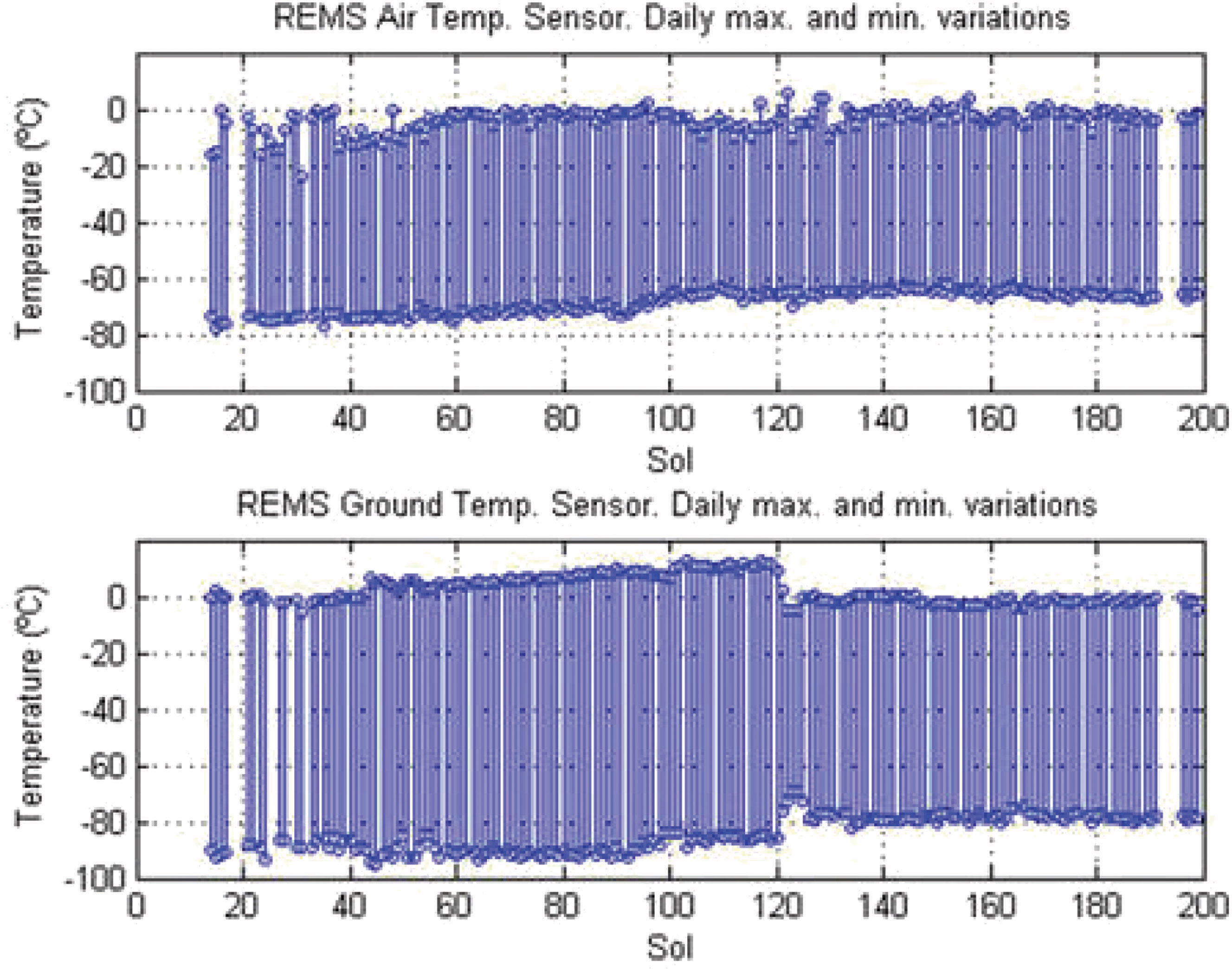 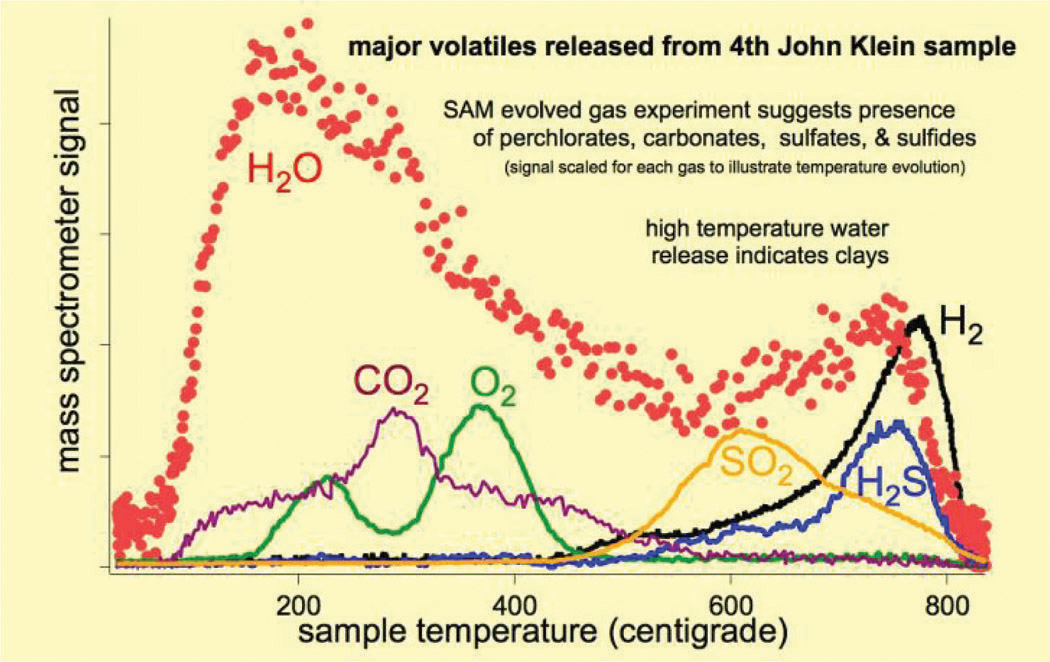 The organic compounds chloromethane, dichloromethane, and trichloromethane have been detected by SAM; however, their presence can be attributed to terrestrial contamination.5 An alternative process has also been proposed whereby the organic compounds are produced on Mars by the heating of a sample containing indigenous methane, chlorine, and perchlorate by the instruments. However, ‘blanks’ analyzed prior to the Martian sample contained much lower amounts of these organic compounds, making it difficult to attribute the results wholly to terrestrial contamination. Furthermore, the chemical reaction that has been invoked to produce the organic materials should also produce carbon tetrachloride, which has not been detected from this sample. For Curiosity results to support the Viking LR life hypothesis, the organic chemicals detected must be more complex than the ones that have been detected so far. Such results from SAM have not yet been reported.

A SAM chemical analysis has revealed compounds with different oxidation states and indicates that the past environment on Mars was not highly oxidizing.6 This evidence contradicts the hypothesis that a strong oxidant in the Martian soil destroyed life and organic matter. This hypothesis has been used to explain why the Martian atmosphere consists of 95% carbon dioxide and why this gas has not been completely altered by UV light from the Sun. A coating of the strong oxidant at the surface of Mars is thought to have oxidized the UV-produced carbon monoxide back to carbon dioxide. Living organisms might maintain the atmospheric disequilibrium and such an imbalance has been proposed as a method for detecting extraterrestrial life.7

All the findings of the Curiosity rover that have been reported so far support, or are consistent with, claims that the Viking LR experiments detected living organisms in the topsoil of Mars. However, the mission is still in its early stages and compelling evidence for extant life—biologically complex organic compounds—has yet to be detected. We await the future activities and results of Curiosity with great interest and hope to solve this long-standing mystery soon.