Recent discoveries on the interaction of light with standing nanowires reveal their strong potential as building blocks for solar cells.
10 July 2013
Martin Heiss, Anna Dalmau-Mallorqui and Anna Fontcuberta i Morral

Solar cells transform luminous energy from the sun into DC electrical energy. Since the first realization of a functional solar cell in 1954 at Bell Laboratories by Calvin Fuller and Daryl Chapin, semiconductor technology for producing efficient devices has progressed significantly. Improvements have involved engineering materials to reduce the charge recombination losses and work toward maximizing light absorption. To obtain the highest energy conversion efficiency, semiconductors that absorb different parts of the solar spectrum are stacked in multijunction solar cells. Such a cell composed of a stack of InAlAs/InGaAsP/InGaAs (indium aluminum arsenide/indium gallium arsenide phosphide/indium gallium arsenide), which should achieve 51% efficiency, was recently proposed.1

Solar cells composed of one semiconductor have also achieved impressively high efficiencies with minimal engineering and manufacturing effort. Last year, Alta Devices demonstrated a conversion efficiency of 28.8% for a thin film GaAs solar cell, the highest ever obtained with a single junction and quite close to the theoretical Shockley-Queisser limit.2–4 The result is outstanding not only because it is a single junction but also because the device was realized with a thin film, which one commonly expects to absorb incident light much less efficiently than a thick wafer. This exploit resulted from the rational design of light absorption in semiconductors. Thin layers of semiconductors can absorb as much thicker layers would, thanks to optimal light trapping. Rational light trapping thus increases the photoconversion efficiency and reduces the amount of material used.5, 6 This is also where semiconductor nanowires can play an important role in the future development of solar cells. 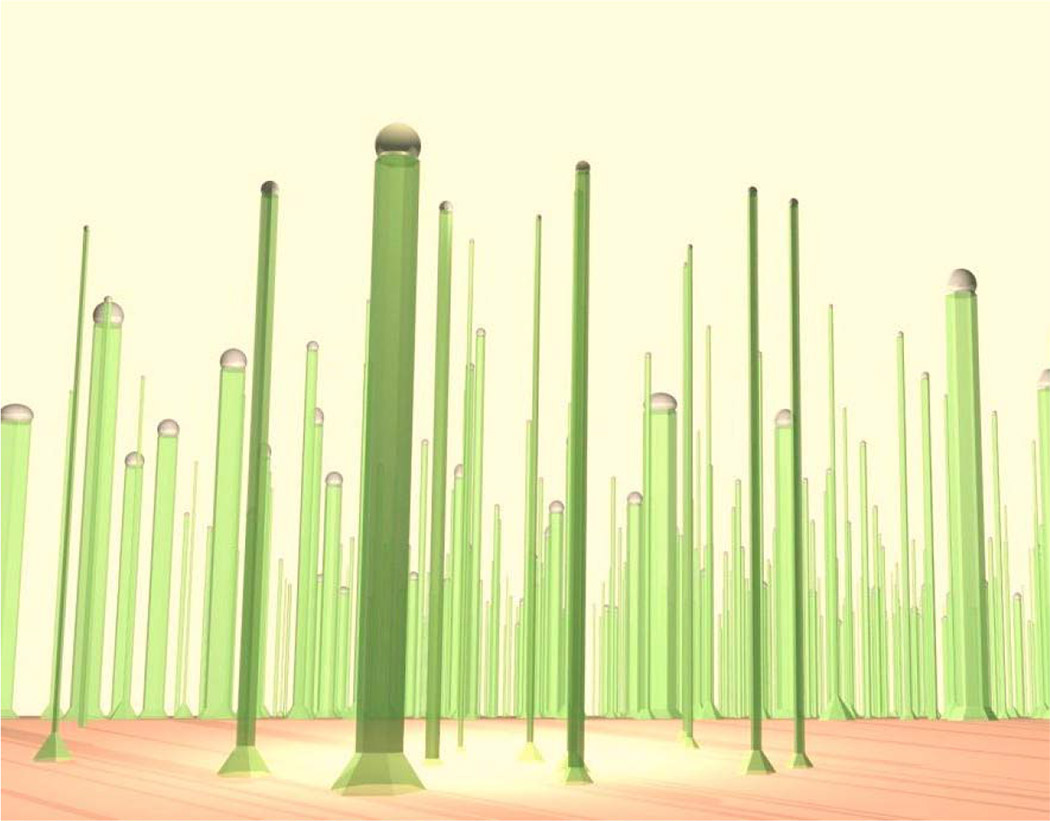 Figure 1. Drawing showing an ensemble of nanowires obtained on a substrate.

Semiconductor nanowires are filamentary crystals with a sub-micron tailored diameter. Because their diameter is smaller than typical light wavelengths absorbed in a solar cell, their interaction with light obeys the laws not of classical ray optics but of wave optics. Consequently, unexpected phenomena arise. For nanowires lying on a substrate, light is absorbed preferentially in certain wavelengths, known as leaky-mode resonances.7 However, we found that light absorption is strongly reduced overall.8 In contrast, as shown here, light absorption can be significantly enhanced for nanowires standing on a substrate.9 Figure 1 depicts an ensemble of such nanowires as an ideal configuration for light harvesting.

The light absorption in nanowires was calculated by the finite-difference time-domain method, as described elsewhere.10 The absorption rate can be translated into an absorption cross section by scaling it to the incident light flux. In Figure 2, we plot the diameter of the absorption cross section as a function of the nanowire diameter. We find that the absorption cross section exhibits two maxima at diameters close to 150 and 380nm, respectively. The diameter increases by close to a factor of three, which enhances the light collection by a factor of nine. Therefore, nanowires act intrinsically as built-in light concentrators. Because solar cells work more efficiently with more concentrated light, nanowire arrays open the path toward higher-efficiency solar cells (beyond the Shockley-Queisser limit) under one-sun illumination. Last but not least, because light is collected from a larger area than the nanowire footprint, the nanowires in an array can be spaced significantly apart from one another. This reduces by about a factor of 1000 the amount of material used for a solar cell, thereby contributing to the sustainability of this technology. 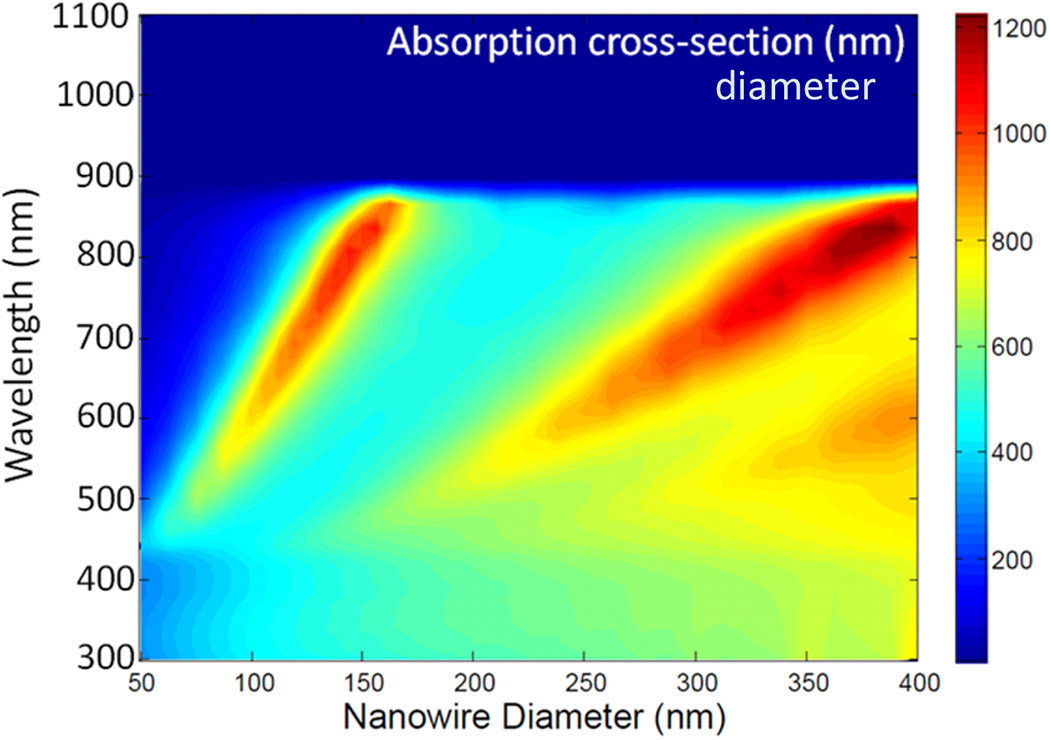 Figure 2. Diameter of the absorption cross section of nanowires over the relevant spectrum as a function of the nanowire diameter. Two resonances around 150 and 380nm are observed with a strong enhancement in light absorption close to the bandgap.

In summary, we have examined the light absorption in standing nanowires on a substrate for possible use in solar cells. We found that the nanowires concentrate light, which will enhance solar cell efficiency. They are also expected to reduce the amount of material needed to make solar cells. The next steps involve the fabrication of dual-junction solar cells composed of GaAs nanowire p-n junctions on top of a silicon cell and exploration of surface passivation techniques for further improvement of nanowire efficiency.

We are are grateful for funding through a European Research Council starting grant (UpCon) and from the Swiss National Science Foundation (projects 137648, 143908) and the National Centre of Competence in Research, Quantum Science, and Technology project.

Anna Fontcuberta i Morral graduated in physics in Barcelona and performed her PhD work with Pere Roca i Cabarrocas at the École Polytechnique in France. She worked as a postdoctoral fellow in the group of Harry A. Atwater at the California Institute of Technology and co-founded the startup company Aonex Technologies. She is currently an assistant professor at EPFL.