The advent of the first cellphones in the 1980s marked the beginning of commercial mobile communications. Now, only 30 years later, wireless connectivity has become a fundamental part of our everyday lives and is increasingly being regarded as an essential commodity like electricity, gas, and water. The technology's huge success means we are now facing an imminent shortage of radiofrequency (RF) spectrum. The amount of data sent through wireless networks is expected to increase 10-fold during the next four years.1 At the same time, there isn't enough new RF spectrum available to allocate. In addition, the spectral efficiency (the number of bits successfully transmitted per Hertz bandwidth) of wireless networks has become saturated, despite tremendous technological advancements in the last 10 years. The US Federal Communications Commission has therefore warned of a potential spectrum crisis.

Light fidelity (Li-Fi),2 the high-speed communication and networking variant of visible light communication (VLC),3 aims to unlock a vast amount of unused electromagnetic spectrum in the visible light region (see Figure 1). Li-Fi works as a signal transmitter with the off-the-shelf white LEDs typically used for solid-state lighting and as a signal receiver with a p-i-n photodiode or avalanche photodiode. This means that Li-Fi systems can illuminate a room and at the same time provide wireless data connectivity. Unlike laser diodes, the LEDs my colleagues and I studied produce incoherent light, which means the signal phase cannot be used for data communications. Therefore, the only way to encode data is to use intensity modulation and direct detection. This poses severe restrictions on the data rates we can achieve.

Figure 1. The electromagnetic spectrum and the vast potential of unused, unregulated, safe green spectrum in the visible light part. The visible light spectrum is 10,000 times larger than the entire radiofrequency spectrum.

However, it has been shown in a hardware proof-of-concept demonstration that the high peak-to-average ratio of the signal in orthogonal frequency division multiplexing (OFDM), typically a disadvantage in RF communications, can be turned into an advantage for Li-Fi.4 The applicability of multi-carrier modulation techniques such as OFDM has now been proven widely on the link level, which is a single point-to-point transmission from one transmitter to one receiver, and data rates beyond 500Mbps have been reported from a single white LED using off-line processing.5 Indeed, real-time video streaming from a white LED has been demonstrated at data rates up to 130Mbps.2 Communication networks typically have multiple links that can be point-to-multipoint as well as multipoint-to-point.

While link-level demonstrations are important steps to prove that Li-Fi is a viable technique to help mitigate RF communications spectrum bottlenecks, it is important to show that fully-fledged optical wireless networks can be developed using existing lighting infrastructures. Therefore, we investigated the networking aspects of Li-Fi.6 This includes multi-user access techniques and interference coordination.

If we equip a room with multiple light fixtures that each function as a very small radio base station, the result is a network of very small cells that we call ‘optical attocells.’ They are analogous to femtocells in RF communications, which cover a small area and are, therefore, classed as ‘small cells.’ Small cells have been the major contributors to the improvements of three orders of magnitude reported in spectral efficiency gains in wireless communications during the past 50 years. It is, therefore, a logical step to consider even smaller cells such as optical attocells, which have the added advantage of not interfering with RF-based wireless networks.

A single room can be served by multiple optical attocells, with each covering an area of 1–10m2 and distances of about 3m. The main limiting factor is interference. Therefore, colleagues and I studied the area spectral efficiency (ASE) in bits/s/Hz/m2 of an indoor office environment, assuming a network of RF femtocells within the office block. We compared the attained ASE with that of a network of optical attocells where the light fixtures served two purposes: optical access points and illumination units ensuring a minimum of 400lx (as required for reading).7 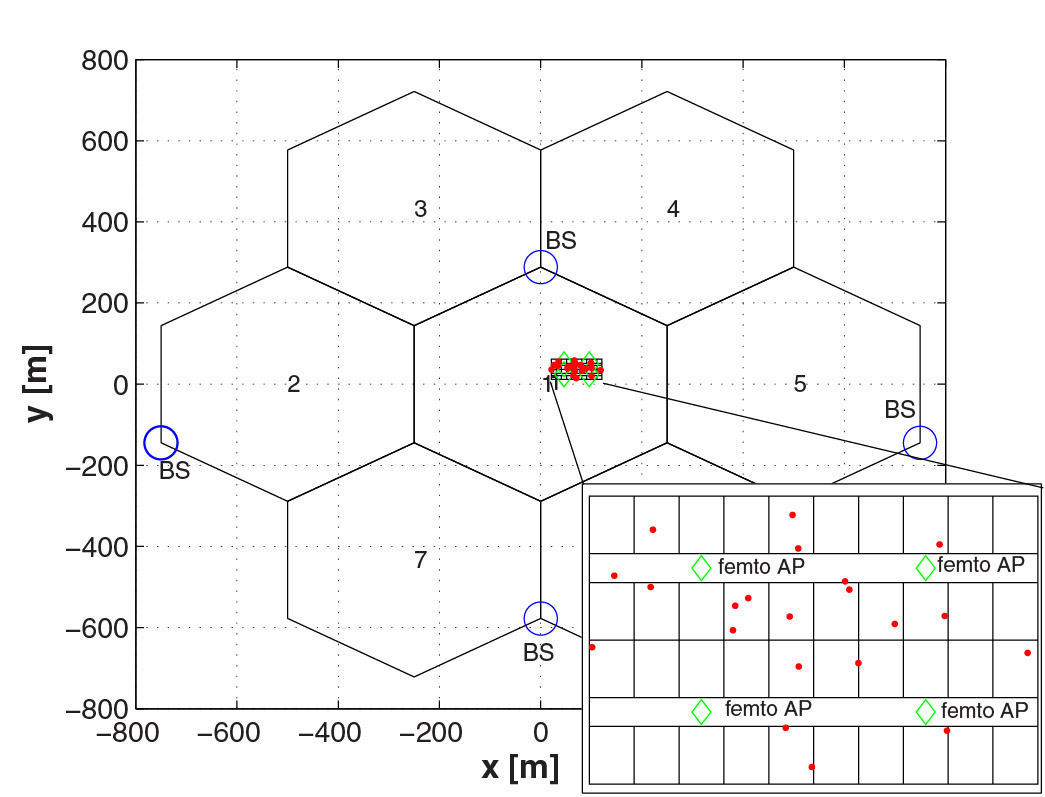 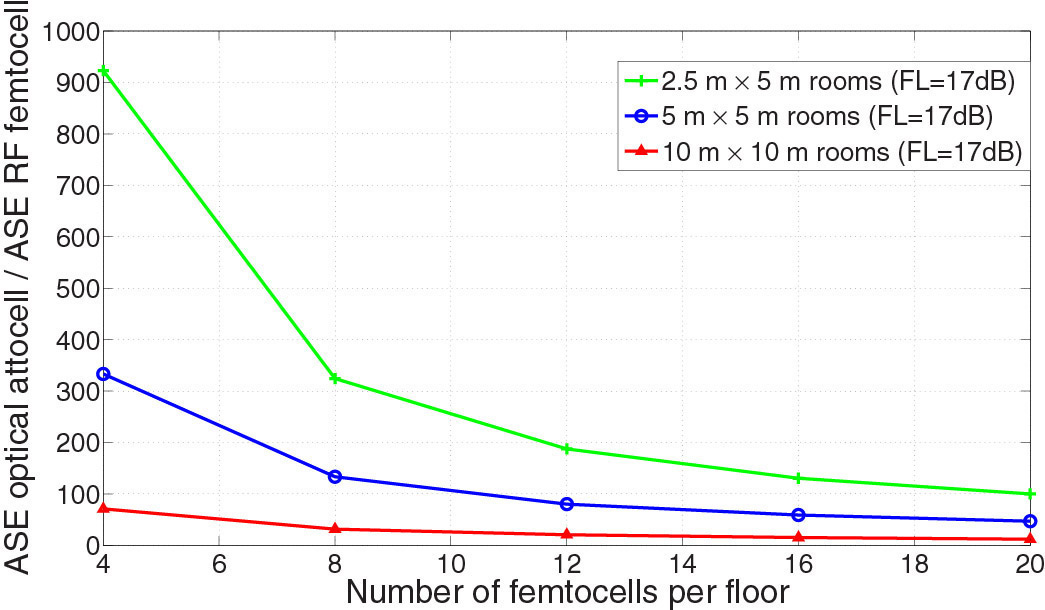 Figure 3. The area spectral efficiency (ASE) of the attocell network is divided by the ASE of the femtocell network. Results from different room sizes are shown.

An optical attocell network with an ASE of 1.2 bit/s/Hz/m2 and a 10MHz bandwidth in a 12.5m2 room would allow users to share on average a total of 150Mbps from our attocell network. If we assume 20 femtocells per floor, the attainable capacity for the same room (2.5M x 5m) is about 1.5Mbps. While we used the same bandwidth for both systems, the optical attocell network requires more power, determined by the minimum illumination requirement. Piggy-backing the communication functionality on energy-efficient room lighting makes this a very energy-efficient method of wireless communication.

We are grateful for support from the UK's Engineering and Physical Sciences Research Council (EP/K008757/1).

Harald Haas was an invited speaker at TED Global 2011, where he first introduced Li-Fi. In 2012 he was awarded the prestigious Established Career Fellowship from the UK Engineering and Physical Sciences Research Council. He is cofounder and chief technology officer of pureVLC Ltd.