Toward street detection of amphetamines

Customs and law enforcement units are engaged in a daily fight against the trafficking and street distribution of illicit drugs. At present, suspected amphetamine-type stimulants (ATS) and their precursors must be analyzed in a forensic lab. However, it would be beneficial (from a cost perspective) to identify them on the street. Such a system would require sensors that combine hand-portability, high sensitivity, fast response, low false alarm rates, and robustness. The system would also need the ability to analyze substances with a range of different chemo-physical characteristics, and to establish chemical similarities between an unknown substance—potentially a new ATS molecule—and a known set of drugs that are banned or controlled by law.

Gas chromatography (GC) and IR absorption spectroscopy (IRAS) used in combination take advantage of the chemical separation power of GC and the chemical identification ability associated with the analysis of molecular roto-vibrational transitions. GC-IRAS represents one of the most powerful techniques for the identification of amphetamines.1 So far, however, GC-IRAS has been implemented essentially as bench-top instrumentation for forensic applications2 and ‘bulk’ analysis.

With ‘DIRAC’ funding from the European Commission,3 we are developing a fast, portable GC-IRAS sensor that can analyze both bulk and trace samples with nanogram-level sensitivity.4 Sensitivity is greatly improved by matching the high radiation and spectral resolving power of a tunable external cavity quantum cascade laser (EC-QCL),5 with the very small interrogation volume (∼70μl) of an IR hollow fiber (HF).6 The HF-IRAS module is efficiently coupled to a silicon-micro-machined (SMM) device that pre-concentrates the vapors of interest, and separates vapor mixtures via a short, fast GC column with elution times of only a few minutes. 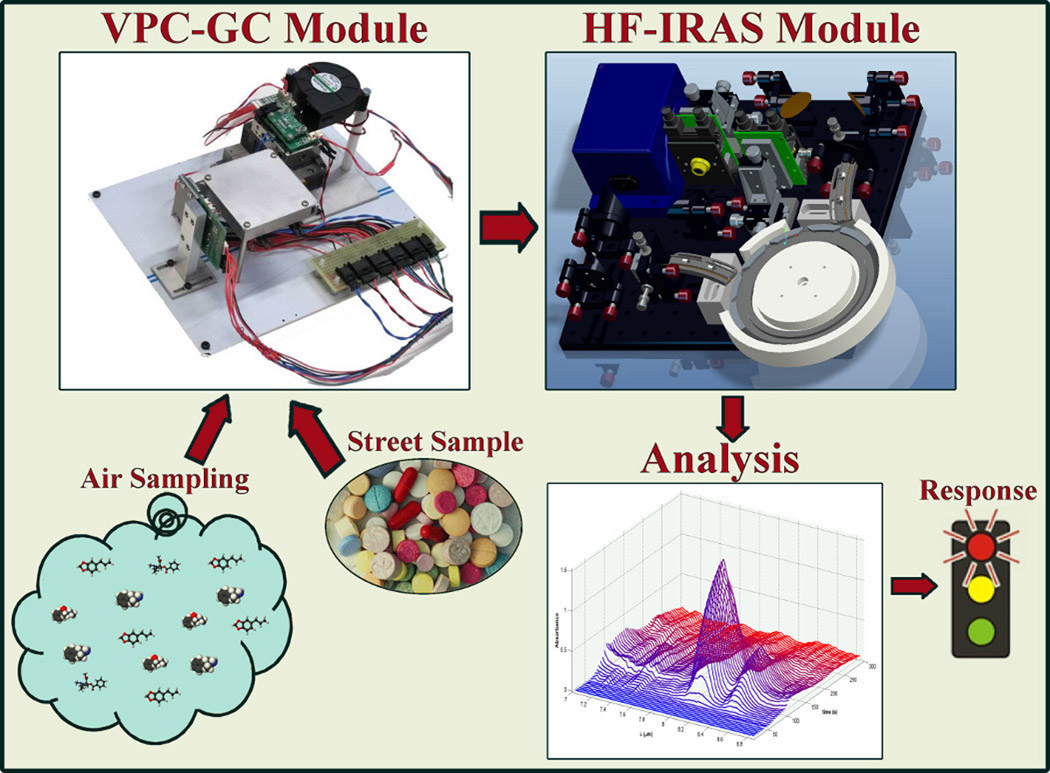 The sensor treats and analyzes an unknown sample according to the general scheme shown in Figure 1. First, vapors are conveyed into an SMM vapor phase pre-concentrator (VPC) by direct air sampling or by an external sampling unit that collects solid particles/liquids and releases thermally desorbed vapors into the VPC. The pre-concentration cartridge is filled with an innovative selective receptor that retains our chemical targets.7 Next, we heat the pre-concentration cartridge, which releases vapors into an SMM injection chip and fast GC column. The column separates the vapour mixture into single-component chromatographic peaks that are fed into the HF-IRAS module. The IR radiation is guided through the hollow core of the fiber. Vapors entering the HF cause IR signal attenuation at wavelengths matching their roto-vibrational transitions. As vapors flow through the fiber, the laser scans its spectral tuning range, enabling the acquisition of an absorption spectrum. 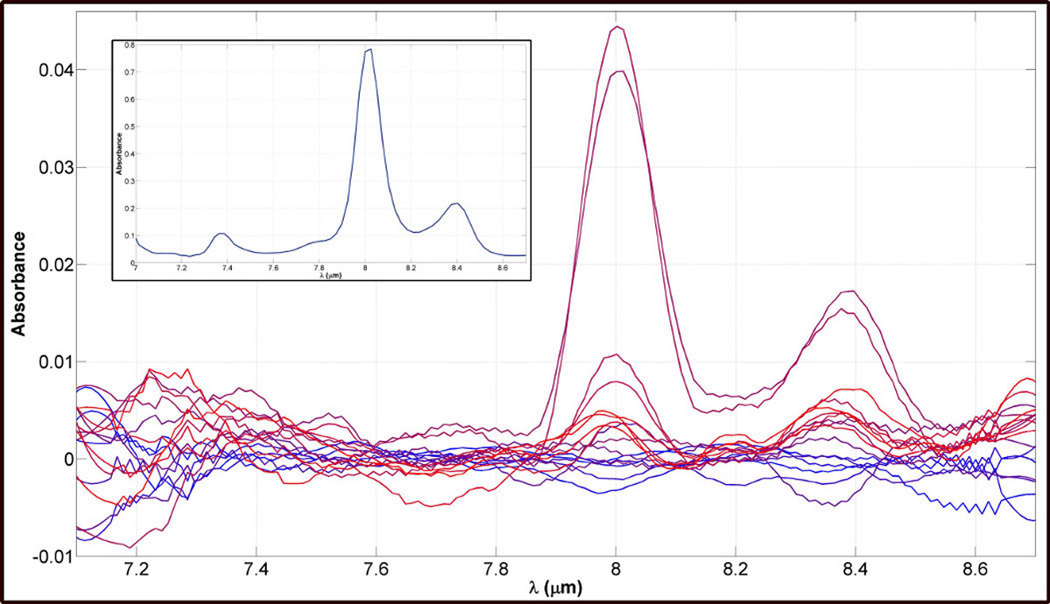 Figure 2. IR absorption spectra after the injection of 100ng safrole in methanol. Inset: A reference spectrum from the National Institute of Standards and Technology public database.8

We tested the system with ATS precursors, amphetamines, and mixtures of compounds. Safrole and piperonal (amphetamine precursors that lack an amino group) can be easily vaporized and handled. Figure 2 shows the IR spectra measured for a 100ng sample of safrole. We estimate the limit of detection (LoD) as ∼10ng or less. Chemical targets with an amino group—such as ephedrines and amphetamines—are more difficult to analyze for two reasons. First, their absorption spectra lack the sharp peaks of safrole in the spectral range of our QCL. Second, they tend to stick (reconvenes) to ‘cold spots’ along the sensing chain, which translates into a broadening and attenuation of the chromatographic peaks. In the case of ephedrine, we estimated the LoD as ∼130ng, one order of magnitude higher than for safrole.

In a real application, the sample might contain chemical targets mixed with other substances. Furthermore, the analysis of ATS salts—the usual form in which ATS are trafficked—might require some chemical treatment to deprotonate the ammonium salt to enable vaporization as a free amine. To test the performance of our system, we started with mixtures of different precursors. In fact, as the precursors are chemically similar, their separation is already a challenging and meaningful objective. We evaporated a mixture of precursors—safrole, piperonal, and ephedrine—and injected them directly into the system (see Figure 3). The results show that the substances are easily visible and well resolved. 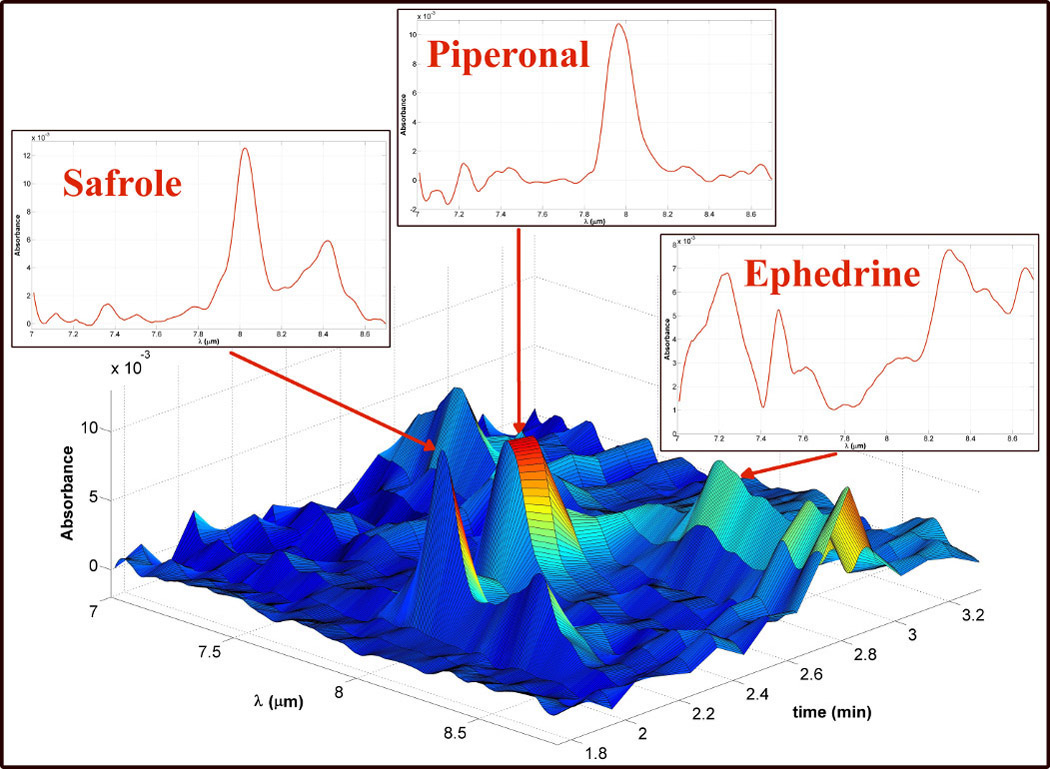 Figure 3. IR absorption spectra after the injection of a mixture of safrole (∼600ng), piperonal (∼600ng), and ephedrine (∼3μg). Inset: 2D sections corresponding to the transit of the specified substances.

In summary, our sensor is capable of analyzing ATS and precursors—as pure compounds and mixtures—by sampling the air or by thermally desorbing liquids, solids, and solutions. LoDs are ∼10ng for many precursors, and ten times larger for targets containing an amino group. As lower sensitivity to amines is partly due to recondensation at fluidic joints, LoDs will improve once cold spots are eliminated. Although these results are exciting, the work ahead is still important. We need to assemble the hardware inside a suitable portable case, and conditions and procedures must be optimized. In addition, we need to implement an expert system to identify chemical targets and classify designer drugs. Last but not least, the system must be tested in the field.