We'd all love to have solar panels on our roofs, quietly generating sustainable electricity from sunlight without contributing to climate change. The reasons we don't yet have them are cost and efficiency. Light trapping—helping light stay longer in active solar cell layers—can lead to both cheaper solar cells and higher efficiencies by increasing absorption and generating more current. To decrease costs further, the next generation of solar cells will have active layer thicknesses of tens to hundreds of nanometers, that is, less than the wavelength of light. At these length scales, light behaves like a wave, not a ray, and traditional light-trapping techniques become ineffective.

Trapping light in thin layers requires nanophotonics, the interaction of light with nanostructured materials. The two main ingredients of nanophotonic light trapping for solar cells are plasmons,1 which are coupled oscillations of light with free electrons in noble metals, and high-refractive-index dielectrics, which have strong scattering and impedance matching capabilities. For instance, a nano-imprinted dielectric grating on a glass slide traps light within the glass so that it can only escape at the edges (see Figure 1).2 Figure 1. A glass slide with an imprinted light-trapping pattern on the surface. The pattern traps the light inside the glass, and it is directed to the edges of the slide. (Photo by Sudha Mokkapati.2)

Our research group has recently combined dielectric and plasmonic structures to produce even greater enhancements of efficiency than either can achieve on their own. Previously, we showed a doubling of photocurrent in thin polycrystalline silicon solar cells with a highly scattering back reflector. The reflector is made of silver nanoparticles and titanium dioxide (TiO2) and fabricated by a novel ‘snow globe coating’ technique (see Figure 2).3,4 This simple wet chemistry technique deposits a thick, uniform coating of TiO2 particles via dispersion and settling by gravity, in a similar way to the settling of ‘snow’ in a child's snow globe. Similar wet chemistry techniques have also been explored with colleagues from the University of Cambridge, UK, to fabricate cuboidal copper oxide (Cu2O) nanoparticles with Mie scattering resonances that can be tuned across the visible spectrum by controlling the pH and duration of deposition.5 The use of simple, cheap techniques is very important for solar cells, since any commercialized technology will need to produce square kilometers of material. Figure 2. Light-trapping structures in solar cells, showing scattering by (a) snow globe coating, (b) metallic nanoparticles, and (c) a combination of metal nanoparticles and a titania (i.e., TiO2) coating, e.g., snow globe coating.3 (d) Scanning electron micrographs of the silver particles (the scale bar is 100nm) and (e) titania particles used in this study. The scale bar here is 1μm. 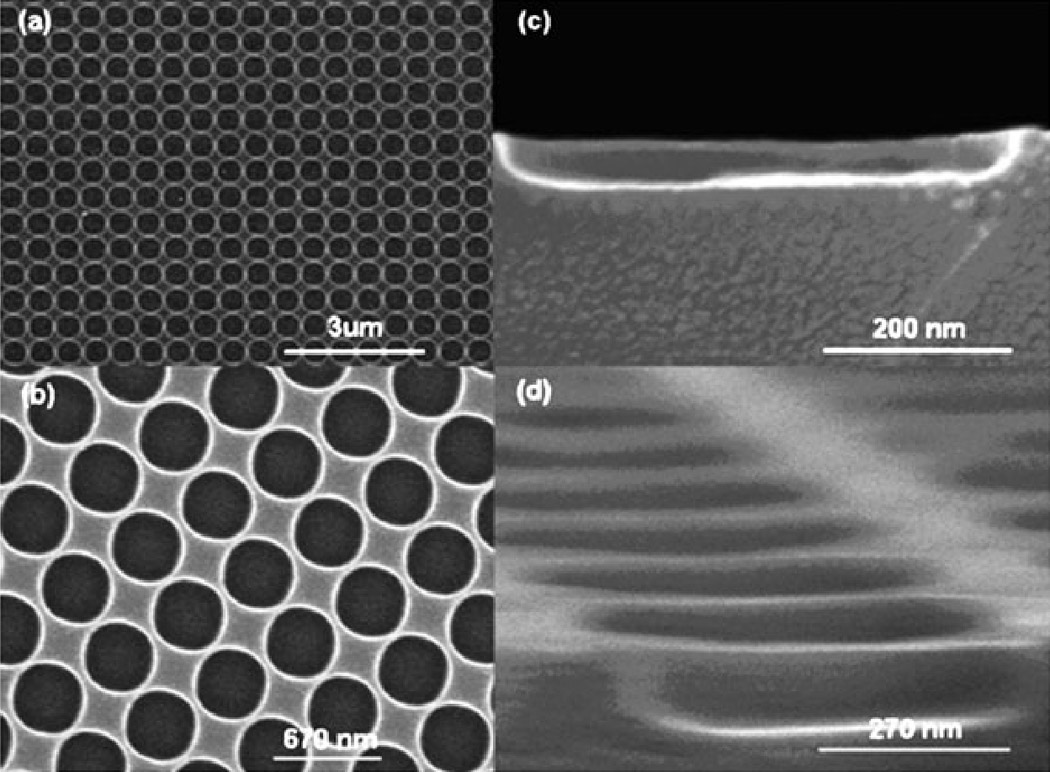 In parallel with the group's experimental research, we numerically simulated wavelength-scale diffraction gratings for light trapping in solar cells.8 We found that 91% of the ideal light-trapping limit (the Lambertian limit) could be obtained from a skewed silicon pyramid grating placed on the front of a thin silicon solar cell. This research on symmetric and asymmetric structures provides concrete design recommendations for dielectric light trapping with TiO2 and silicon. We reviewed the emerging field of plasmon-enhanced internal emission for photovoltaics and found that even with perfect optical absorption of the plasmonic nanostructures, maximum efficiencies are limited to less than 8% using currently available materials.9 While it is not promising for standard solar cell materials, we found that the limit increases to over 20% if the electron densities of states of the absorber are modified to be narrowly distributed around the electron Fermi level. In a study of dielectric spacer layers in plasmonic solar cells, we found that the sensitive dependence of plasmon enhancement on the spacer can be understood by a simple analytical expression of the absorption ratio at a plasmonic interface. This shows values that vary strongly for silicon, gallium arsenide, cadmium telluride, copper indium gallium selenide, and organic polymers (see Figure 4).10 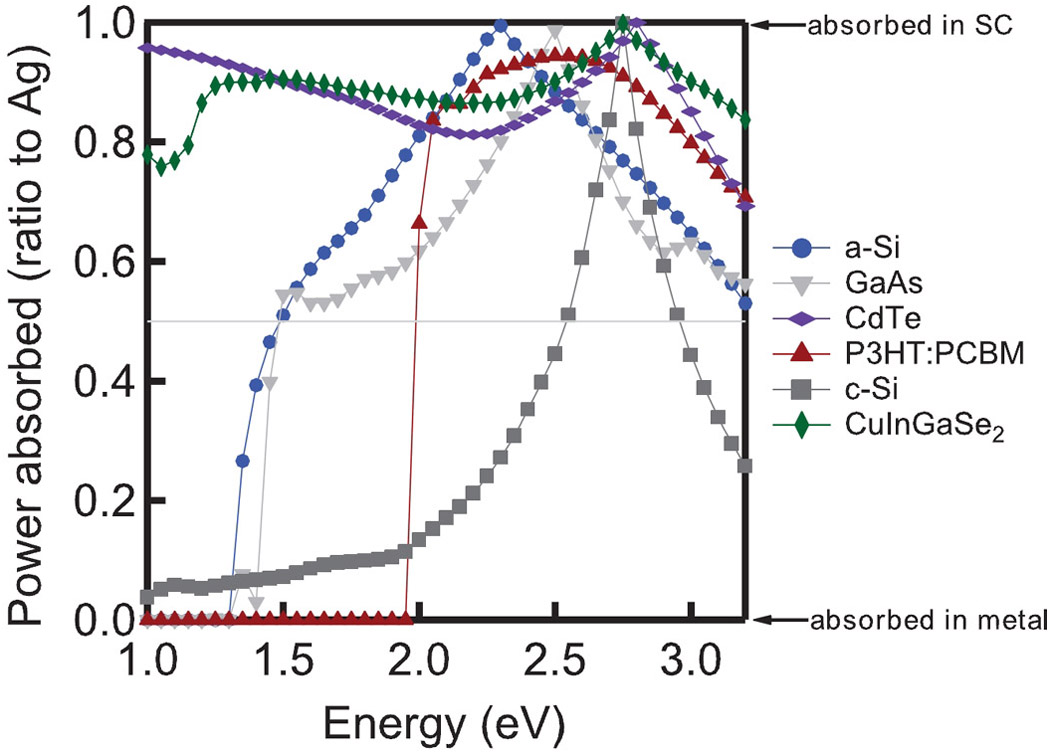 There have been many theoretical and experimental developments in this field over recent years, for example, in plasmonic and dielectric structures, randomly scattering surfaces, nanowires, and asymmetric gratings, and understanding of their theoretical limits.2Nanophotonics can both improve existing solar cells and enable the use of new, previously unsuitable, materials for solar cells. This promises many exciting possibilities for the next generation of high-efficiency, low-cost solar cells. Our group is now building on our theoretical and experimental advances of the past year to increase the efficiencies of next-generation solar cells. We are both extending our knowledge of current technologies and looking forward toward novel materials and new light-trapping systems.

Niraj Lal is an Australian Solar Institute postdoctoral research fellow. He graduated in 2012 with a PhD in physics from the University of Cambridge, UK, as a Gates scholar. His interests include nanophotonics for solar cells and science communication.

Kylie Catchpole is an associate professor. Her research focuses on using nanotechnology to increase light absorption in solar cells. Her research has featured in Science, The Economist,and was named as one of the top 10 emerging technologies in 2010 by MIT Technology Review.