The dominant solar cell technology in the photovoltaics market is based on crystalline silicon wafers. The search to lower production costs and reduce materials usage has led to the invention of thin-film solar modules that use very thin semiconductor layers to absorb and convert sunlight. Cadmium telluride (CdTe) is one of the thin-film technologies currently in use by the photovoltaics industry, but it works in only a limited range of solar frequencies (see Figure 1). We aim to improve the efficiency of conventional CdTe by converting unusable parts of the solar spectrum into usable frequencies.

Conventional CdTe solar cells cannot use IR light because these frequencies are less energetic than the bandgap of 1.45eV (855nm).1 On the other side of the spectrum, CdTe is limited because the UV and blue spectral ranges (that is, frequencies larger than 2.42eV, or 512nm) are absorbed in the cadmium sulfide buffer layer.2 The maximum short circuit current density of a CdTe solar cell, i.e. the total number of photons that lead to electron-hole pairs, is shown as the area under the blue curve in Figure 1. Our approach to improve the efficiency does not modify the solar cell itself. Instead, it alters the light-harvesting system. We replace the cover glass with a spectral converter made of fluorescent borate glass that takes photons of unusable frequencies and uses them to generate photons that CdTe can absorb.

Highly transparent, durable and inexpensive fluorescent borate glasses, such as samarium-doped barium borate (see Figure 2), convert the UV and blue part of the solar spectrum to yellow and red light, which can be more efficiently absorbed by the solar cell.3 This process, where a high-energy photon is absorbed and a photon with lower energy is subsequently emitted, is called frequency down-conversion. Borate glasses, which are additionally doped with fluorescent rare-earth ions such as trivalent samarium, have optical properties that complement the limitations in quantum efficiency of the CdTe solar cell. The chemical composition of borate glasses consists of boron oxide to form the network and metal oxides as network modifiers. 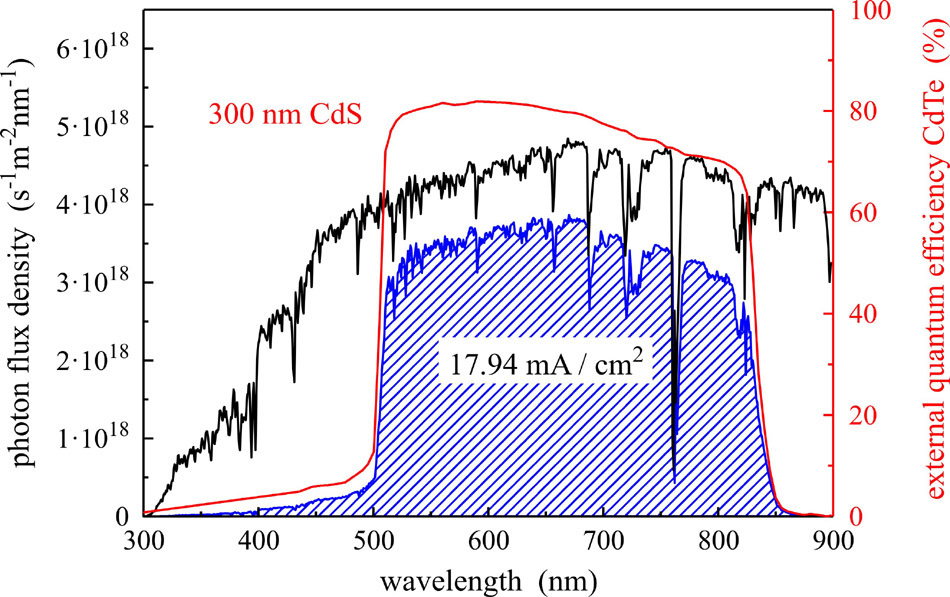 To investigate the potential of fluorescent glasses, we estimated the influence of a 3.2mm thick borate glass down-converter on the short-circuit current density. First we made cover plates for CdTe solar cells by cutting 3.2mm thick borate glass doped with samarium oxide (Sm2O3) into 20mm squares. The relative change in the short-circuit current density depends on two factors: the number of absorbed photons, which is given by the Sm2O3 doping concentration, and the number of converted photons, which depends on the Sm3+ conversion efficiency. 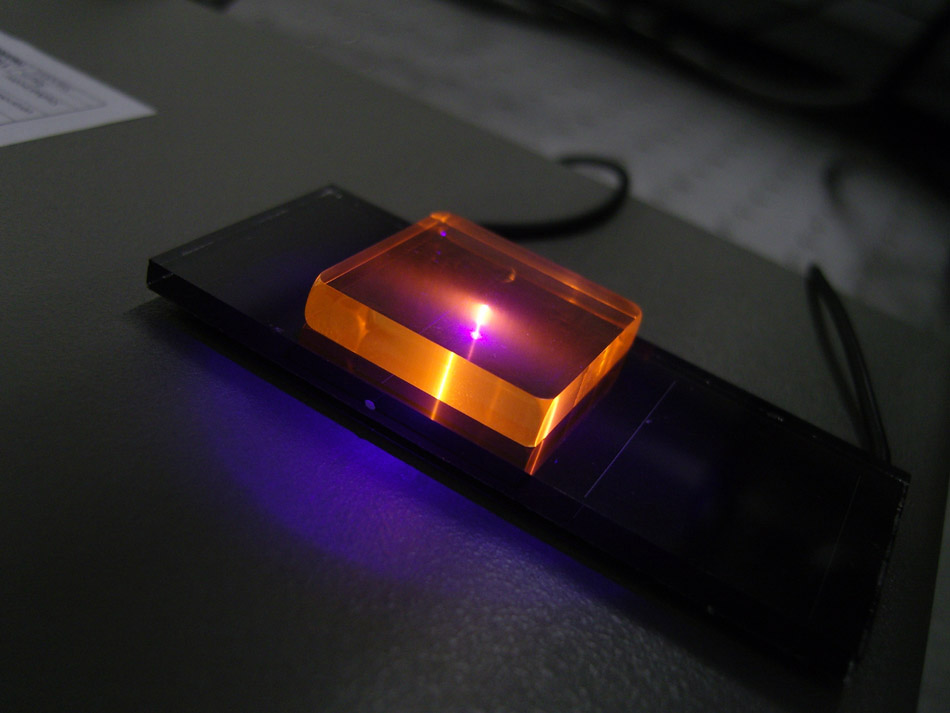 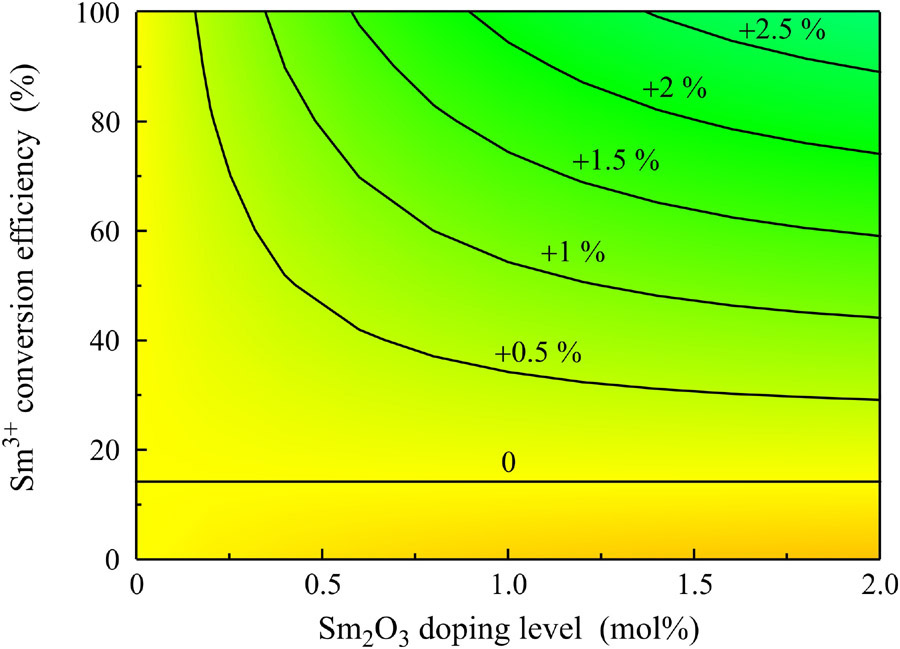 In summary, upon excitation in the UV and blue spectral region, Sm3+-doped borate glasses show an intense fluorescence in the yellow and red spectral range. First estimates for barium borate glasses with different samarium doping concentrations reveal that relative increases of almost 3% in short-circuit current density of a CdTe solar cell can theoretically be achieved. The next step will be to determine how the Sm3+ conversion efficiency varies depending on the Sm2O3 doping concentration.