Seedlessness is a desirable property in fruit production, including mandarin farming, and is exploited by marketers as a factor in making a product competitive. When seeds occur, it affects the price of the mandarins, causing economic losses for the producers and lowering the prestige of their fruit. The first mandarins harvested in each season are cultivars of ‘Clementines’ and ‘Satsumas’, which are excellent in quality and, in theory, do not produce seeds. However, to prolong the harvest season, growers in Spain and other countries have introduced late mandarin varieties, such as ‘Fortune’, which can extend the season until April. Unfortunately, these plants can cross-pollinate with other cultivars, such as ‘Clementines’, producing seeds in both varieties. This outcome is a serious problem for Spanish exporters who sell to markets such as the USA.

Currently, seeds can be detected only by destructive methods, based on examining representative fruit samples from each batch. However, these methods slow the selection process and do not ensure the quality of all the fruit. Computer vision techniques are commonly used to automate the inspection of the external quality of agricultural products.1, 2 In a similar fashion, noninvasive imaging techniques traditionally used in medicine can be used to inspect the internal quality of agricultural products.3, 4 We are pursuing this approach by developing new, nondestructive techniques to inspect the internal quality of fruit. In particular, we have recently assessed x-ray radiography, computed tomography (CT), and magnetic resonance imaging (MRI) for inspecting mandarins. 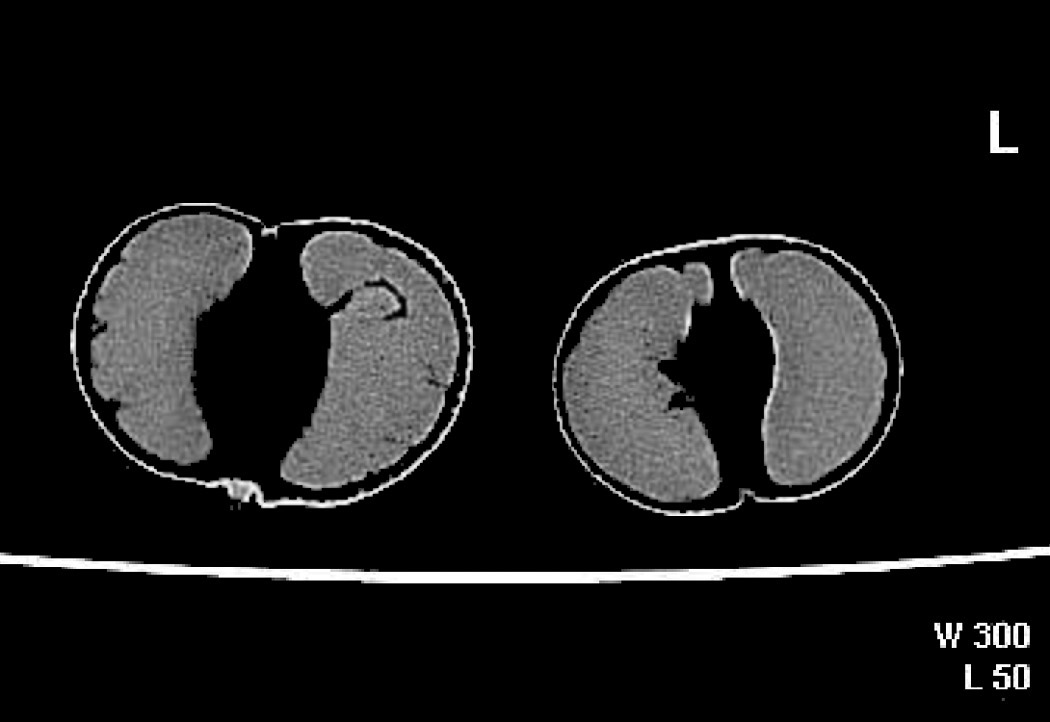 Figure 1. Computed tomography image of two mandarins. A seed is visible in the left mandarin. Seeds are difficult to detect using x-ray techniques because seeds and pulp have similar densities.

First, we studied the two x-ray techniques, namely radiography and CT. We acquired images of the fruit using medical equipment belonging to the Quirón Hospital (Valencia, Spain). The mandarins were placed in sets of five. Following the recommendations of the operator, the CT images were acquired using settings of 140kV and 20mA (see Figure 1). For each set of fruit, we acquired 50 transversal slices: each slice was 2mm thick and there were no gaps between contiguous slices. Thus, the entire volume of each mandarin was imaged. In addition, two radiographic images showing a coronal projection of the mandarins were obtained with the equipment tuned to 49kV and 42mA as well as 49kV and 32mA.

The densities of the seeds and pulp are close enough that they are represented by similar grey levels in the images. For this reason, the algorithm we developed to detect the seeds in the images was based on edge extraction and codification. However, using this technique with the CT and radiography images detected only 10% of the seeds (a seed was considered detected if it was found in any of the images). There were no false detections. 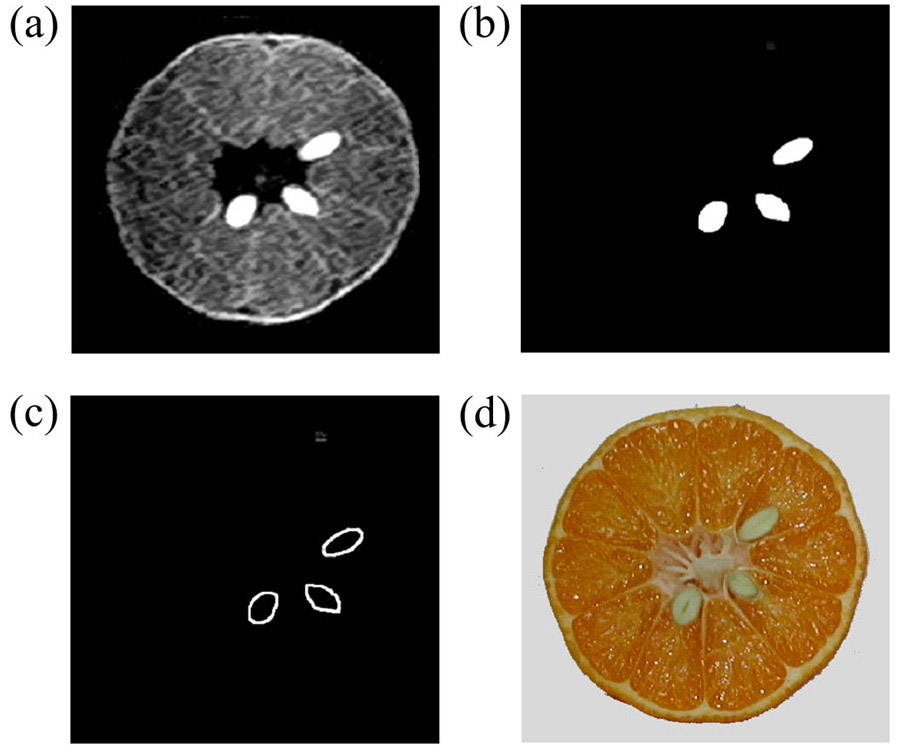 Figure 2. Seed detection using magnetic resonance imaging. (a) The mandarin. (b) The seeds separated from the background by a thresholding segmentation algorithm. (c) Extracted contours of the seeds. Areas >4mm2are identified as seeds. (d) Photograph of the mandarin after being cut open.

For the MRI part of the study, we acquired images of mandarins using a scanner that has a permanent magnet of 0.2T capable of exploring objects with a maximum diameter of 160mm. One of our major efforts was to study which pulse sequences produce the greatest contrast in the images between seeds and pulp. By correctly tuning parameters such as the echo time (TE) and repetition time (TR), we obtained an image acquisition sequence that enhanced this contrast (see Figure 2). Another important limiting factor was the acquisition time, which could take from a few seconds to several minutes depending on the pulse sequence employed.

As the images had good contrast between seed and pulp, we could use a thresholding segmentation method to separate the seeds from the background. Then the contour of each object was analyzed and its area calculated. We identified an object as a seed if it had an area >4mm2. This system detected 100% of the seeds with no false detections. The images were obtained in 7s using a spin-echo sequence with TE=18ms and TR=50ms.

In summary, MRI proved superior to CT scanning and x-ray radiography for detecting seeds in mandarins. The MRI system detected all of the seeds correctly with no false detections. It was not possible to discriminate between seeds and pulp consistently using CT or x-ray images because of their similar densities. Thus, MRI is a suitable technique to separate seeded and seedless mandarins noninvasively and nondestructively. The method is safe and potentially could be applied in-line. The next step in this work is to reduce the cost of the equipment and the time needed to acquire and process the images. The experiments reported here used expensive medical equipment configured to obtain high-quality images of the human body. To convert this laboratory demonstration into a practical, cost-effective system, MRI technology needs to be developed that is optimized for in-line inspection of fruits and vegetables in agricultural factories.

José Blasco was a system analyst at IBM, Spain, before joining IVIA in 1996 and receiving his PhD in computer science from the Polytechnic University of Valencia in 2001. He focuses on computer vision for agricultural applications, publishing more than 20 papers in international journals and contributing to several patents.