Health is an important issue not only for human beings, but also for civil infrastructures. Bridge collapses often result in a large number of casualties, as well as negative social and economic consequences, as was seen in the I-35W bridge collapse in Minneapolis, MN, in 2007.1 Structural health monitoring (SHM) of civil infrastructures can mitigate problems in the same manner as routine medical screening can ward off illness. 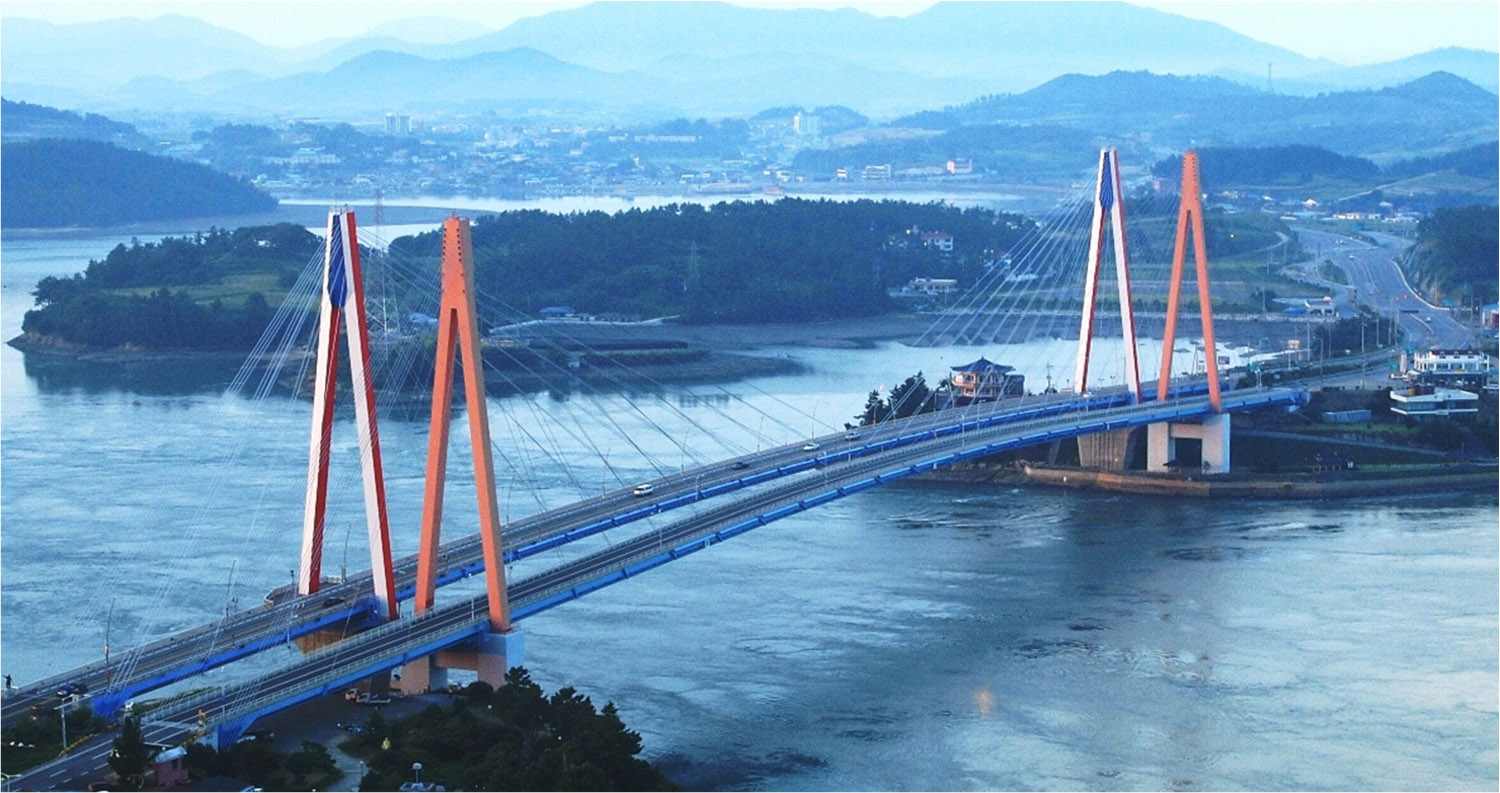 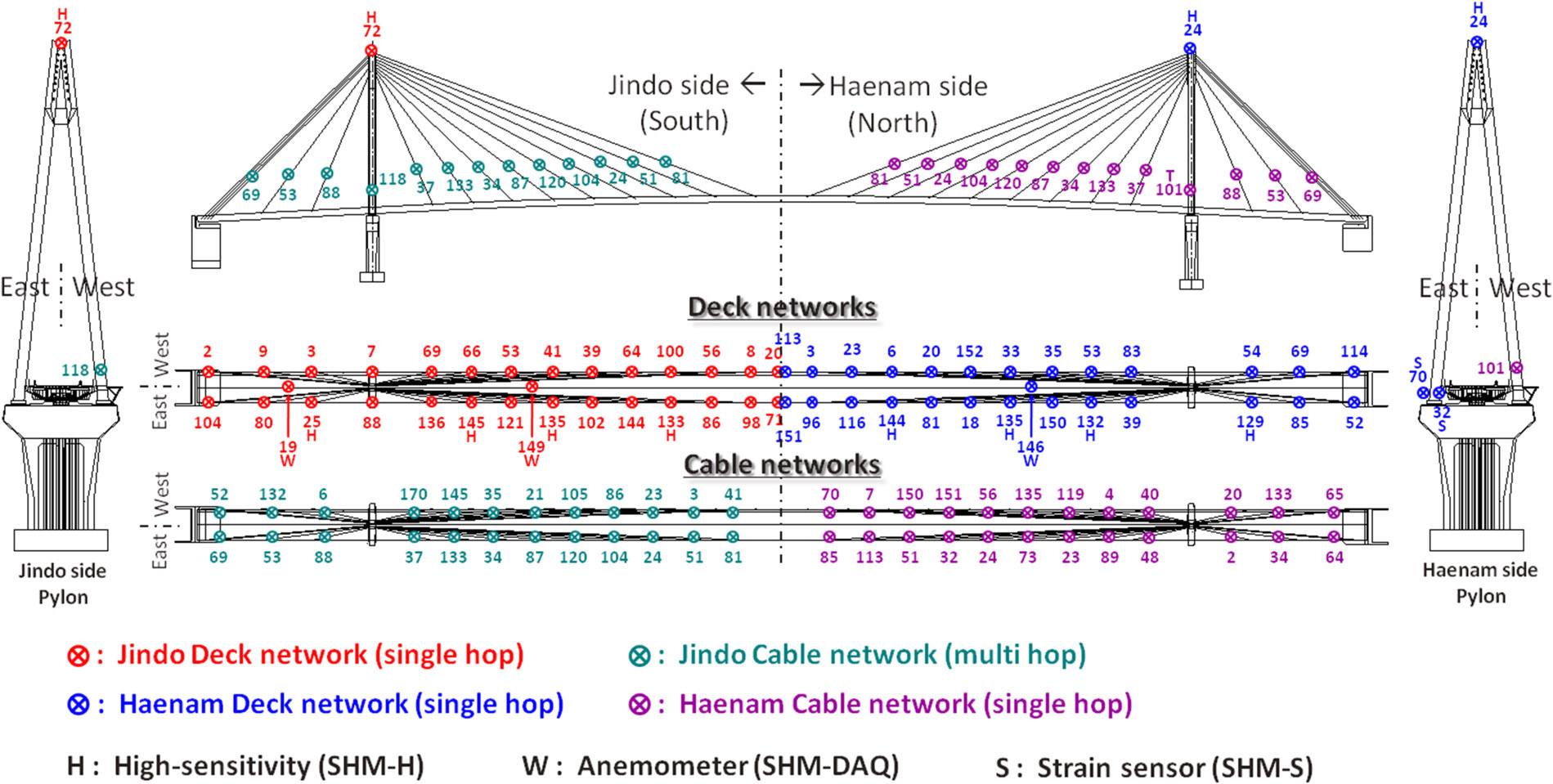 Figure 3. Sensor layout on the second Jindo Bridge with a total of 661 data channels.

Figure 4. The five lower vertical modal properties. At top is experimental data and at bottom is a numerical model.

Many recently constructed bridges have extensive, yet costly, monitoring systems. For example, the total cost of the monitoring system on the Bill Emerson Memorial Bridge in Missouri is approximately $1.3 million for 86 accelerometer channels (=$15, 000/channel).2 This cost is not atypical of today's wired monitoring systems. In response to these high costs, we have developed low-cost wireless smart sensors (WSS) for continuous, reliable SHM. Using MEMSIC Inc.'s Imote2 sensor product,3 we established a flexible WSS framework by integrating hardware and software elements. The hardware delivers high-fidelity data, and the software allows engineers to more readily realize the potential of WSS technology (see Figure 1).

The first autonomous, full-scale wireless bridge monitoring system was initially installed on the second Jindo Bridge in South Korea in 2009 through a joint effort among the University of Illinois at Urbana-Champaign (UIUC), the Korea Advanced Institute of Science and Technology (KAIST), and the University of Tokyo (see Figure 2).4,5 Seventy-one WSS nodes with a total of 427 sensing channels were installed on the girder, pylons, and cables. Each node was composed of the Imote2 (including on-board CPU, radio, and power management integrated circuit), a sensor board, and a battery. We used two types of sensor boards, 70 ISM400 sensor boards (measuring 3-axis acceleration, temperature, humidity, and light) and one SHM-data acquisition device (SHM-DAQ) sensor board measuring wind speed and direction by interfacing with a 3D ultrasonic anemometer. Combined with the Illinois Structural Health Monitoring Project's Services Toolsuite,6 the nodes allow for synchronized data collection, aggregation, synthesis, and decision-making in real time. Based on the success of the 2009 deployment, we extended the monitoring system in 2010 to include 113 WSS nodes measuring a total of 661 channels of data (see Figure 3), resulting in the world's largest wireless smart sensor network for SHM to date.7 The ISM400 sensor board is used on 98 nodes. We used a high-sensitivity accelerometer board (SHM-H board) for 10 nodes for more accurate monitoring. The remaining three nodes were connected to 3D ultrasonic anemometers through SHM-DAQ boards to wirelessly measure and collect the wind speed and direction on the bridge. We used a strain sensor board in two nodes. All 113 nodes are self–powered using solar or wind energy harvesting. The WSS nodes can communicate in either single-hop or multi-hop ways with two base-station computers that are remotely accessible via the Internet. Should any anomalies in the measured data or monitoring system components be detected during the autonomous monitoring, the base-station computers can email the research team to take appropriate action.

The monitoring system can estimate the bridge's various physical states. For example, the modal properties such as natural frequencies, mode shapes, and modal damping ratios can be extracted from the measured accelerations (see Figure 4 top) and used to refine the numerical model (see Figure 4 bottom) to determine structural performance and find possible damage locations. Cable tension force, one of the most important integrity measures for cable-stayed bridges, is estimated automatically using a vibration-based method. We also could assess deck-cable interaction, which may cause dynamic instability of the bridge. Aerodynamic and aeroelastic properties of bridges are estimated based on synchronized wind and acceleration data. The measured data from the wireless monitoring system enables comprehensive assessment of the bridge's health.

The Jindo Bridge deployment demonstrates how combining civil engineering knowledge with advancements in recent sensor technology can provide a robust and significantly lower-cost (∼$100/channel) alternative to traditional wired monitoring systems. Besides the bridge monitoring system, WSS technology provides a new tool to help engineers address the many challenges of managing our civil infrastructure. A joint effort between MEMSIC and the University of Illinois is underway to develop a new WSS prototype with higher performance and greater robustness for monitoring civil infrastructures.

Soojin Cho, postdoctoral research associate, received his PhD and MS in civil and environmental engineering from Korea Advanced Institute of Science and Technology in 2011 and 2005, respectively. In 2011, he has been working at the smart structures technology laboratory directed by Professor Billie F. Spencer Jr.