Stimulating nerves with light creates an opportunity for a new route to artificial vision that will enable the specific targeting of single nerves for high-resolution visual prostheses.
12 October 2011
Sally McArthur and Paul Stoddart

According to data released by the World Health Organization in 2011, over 284 million people are visually impaired worldwide.1 While not all of these people are blind, the vast majority are severely handicapped by a restricted field of vision that causes ‘functional’ blindness. Diseases such as retinitis pigmentosa and macular degeneration are major contributors to these numbers. There is currently no known medical or surgical therapy to restore this type of vision loss, and no existing treatment can slow or stop the progression of retinitis pigmentosa. This has led an increasing number of groups around the world to focus on developing bionic vision systems to assist these people.

Conventional visual prostheses use an electrode array implanted onto the retina or the visual cortex to artificially stimulate the nerves. One of the most advanced of these systems contains 1500 electrodes and is currently undergoing clinical trials. At this stage, the recipients can discriminate visually between a banana and an apple.2 While this is a significant achievement, it is a considerable way from being able to read or to quickly distinguish one person from another. The basic problem with electrical stimulation is that current spreading limits the resolution for electrode densities greater than 40 electrodes/mm2. In contrast, the density of retinal ganglion cells in the high acuity region of the retina is roughly 40,000 cells/mm2. A higher density of electrodes would also lead to extra heat dissipation in an already fragile retina. Moreover, with implantable electrodes, there are issues associated with biocompatibility and biostability of the materials over long-term implantation in the eye. Achieving a stimulation density comparable to the healthy eye will require new approaches.

Several groups have shown that pulsed IR laser radiation can also be used to stimulate nerves.3, 4 In this case stimulation appears to be driven by the transient temperature rise associated with absorption of the laser light.4 The temperature rise is proportional to the laser power per unit area for a specific wavelength and pulse length. Although the detailed physiological mechanism is not yet understood at the level of the cell membrane, the process appears to be generally applicable, and has been used in systems ranging from the sciatic nerves of rats4 to the cochlear nerve of rats and humans.3 The great advantage of a laser-based technique is that the collimated beam can be focused on the retinal nerve fibers, resulting in the simultaneous stimulation of a small bundle of axons in a microscopic region. 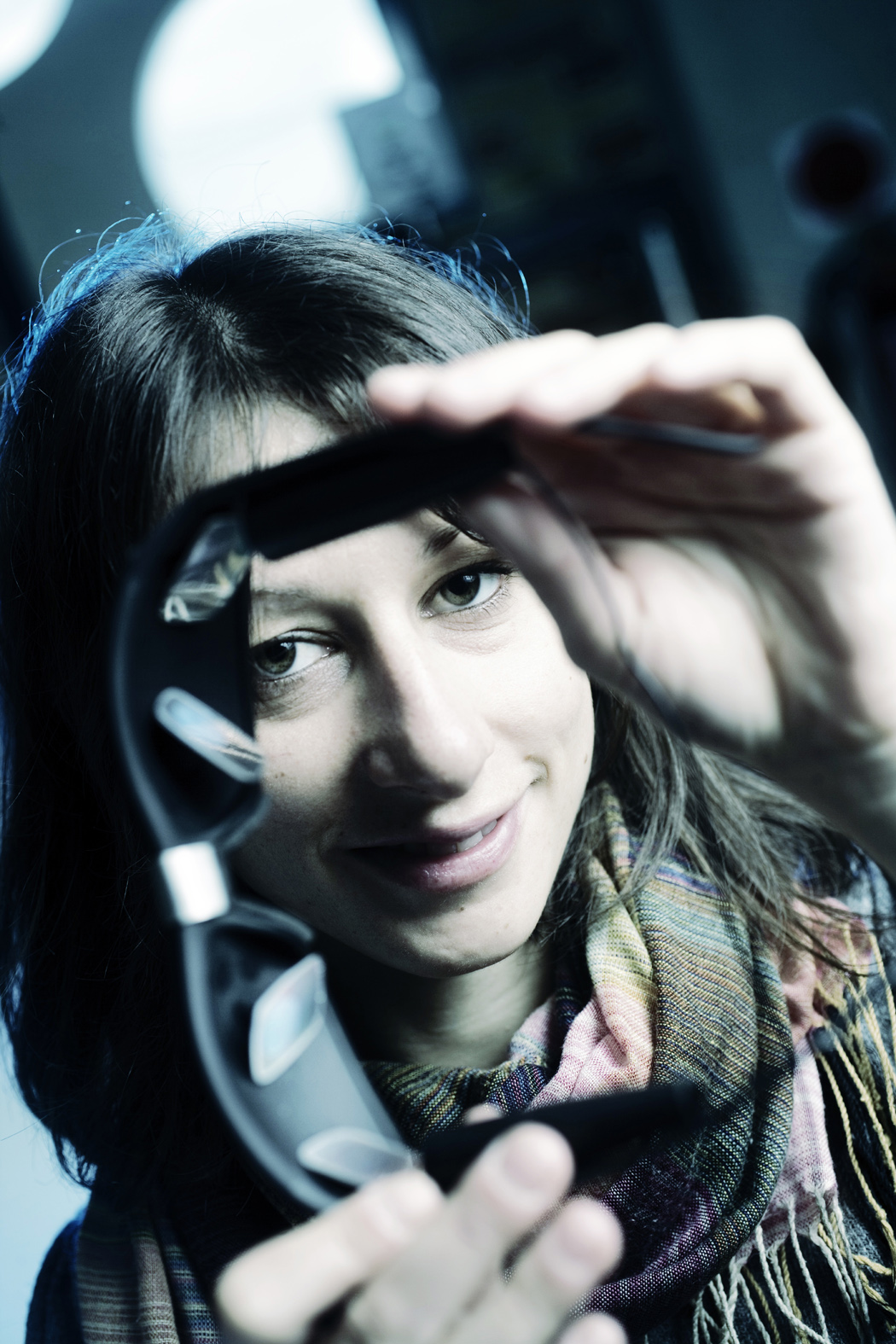 IR radiation has not previously attracted widespread interest for direct stimulation of visual neurons because of the difficulty of achieving sufficient transmission through the media of the eye. It has been shown that optical wavelengths matching the water absorption bands are most effective in generating a response. Unfortunately, IR wavelengths that are strongly absorbed by water (i.e., longer than ∼1350nm) will also be absorbed by the cornea, aqueous humor, lens, and vitreous humor. As a result, excessive localized heating of the tissue due to high input powers becomes a concern. Studying these effects and gaining a better understanding of the underlying stimulation mechanism calls for high-resolution thermal-mapping techniques.

Recent, not-yet-published studies by our group have focused on developing a fluorescent thermal sensor to detect changes in local temperature when tissues are exposed to laser stimulation. In these studies we compared the fluorescence intensity and lifetime of Rhodamine B in biological tissue. We used fluorescence lifetime imaging microscopy (FLIM, Lambert Instruments, Netherlands) to evaluate fluorescence lifetime, and an inVia Raman and photoluminescence microscope (Renishaw, UK) to perform intensity measurements. The results clearly showed that while FLIM was not effective in organic tissue, the intensity-based method achieved a temperature resolution lower than 0.4°C with good spatial resolution (within the volume of a single cell).

But is there a way to avoid the waste heat associated with IR nerve stimulation? The cross-fertilization of nanotechnology and photonics offers an exciting potential solution. Some plasmonic materials, such as gold nanoparticles, can absorb light more efficiently and transfer heat much more rapidly than biological tissue. Gold nanoparticles have a high absorption cross section associated with the so-called plasmon resonance effect. The absorption peak can also be tuned over a wide range in the visible and near-IR where the eye is highly transmissive, thereby reducing the laser-power requirements. The plasmon excitation relaxes by efficiently transferring energy to the metal as heat, which is then dissipated into the surrounding environment. We have shown in modeling studies that the thermal diffusion time is reduced by the highly localized nature of the heating, which may help to increase the stimulation rate compared to direct IR stimulation.

Conceptually, hundreds of thousands of axons could be tagged with nanoparticles and stimulated by the scanning laser. The challenge then is to modify the gold nanoparticles to be biologically stable and sit on the surface of the axons. Our current studies focus on the synthesis and modification of these particles with tests under way in cell culture and engineered-tissue models to explore methods for distributing and externally stimulating the particles.

Using a laser-based system, the hardware of a ‘photonic eye’ system could be positioned external to the human body, with only a targeted dose of stabilized gold nanoparticles having to be implanted (see Figure 1). This reduces any concerns about biocompatibility and biostability because the majority of the components are external to the eye. The system can also be easily upgraded as the technology is improved in future.