In the last decade, x-ray free-electron lasers (FELs) have become an important tool in several fields of science, and the number of user facilities based on these kinds of sources is rapidly increasing. In contrast to the light produced in synchrotron radiation facilities, which have been operating for decades, FEL light is characterized by very short pulses. The peak intensity is several orders of magnitude larger, enabling new experimental conditions for investigating matter. To make the capability offered by this source available to users, Sincrotrone Trieste has built FERMI@Elettra (FERMI).1FERMI is a single-pass FEL based on a 200m-long linear accelerator (see Figure 1) that produces high-quality electron beams with energy that varies between 0.9 and 1.5GeV. In the final project configuration, the electrons will be sent into two FEL lines (FEL1 and FEL2) that will cover the entire spectral range from 100nm down to 4nm. 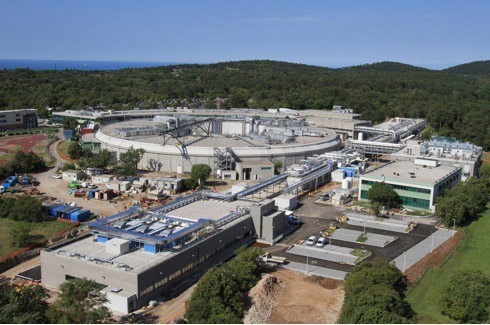 Figure 1. In this picture of the Sincrotrone Trieste area both the Elettra storage ring and the FERMI x-ray free-electron laser (FEL) are visible. In the lower left corner of the figure, one can see the new FERMI experimental hall, where the first coherent photons were recently detected. 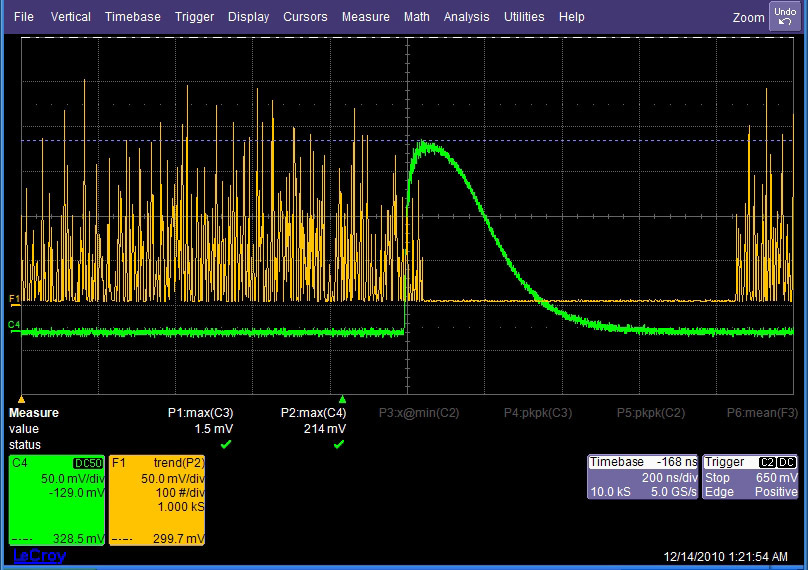 Figure 2. Intensity of the coherent emission from the seeded FEL1, measured by means of a fast photodiode located in the FERMI@Elettra experimental hall. The undulators were tuned at 43nm. The green trace shows the time profile of a single pulse with the photodiode in saturation. The yellow trace shows a sequence of seeded FEL pulses being turned on (left) and off (center right) by changing the superposition between externally seeded laser pulses and electron pulses. 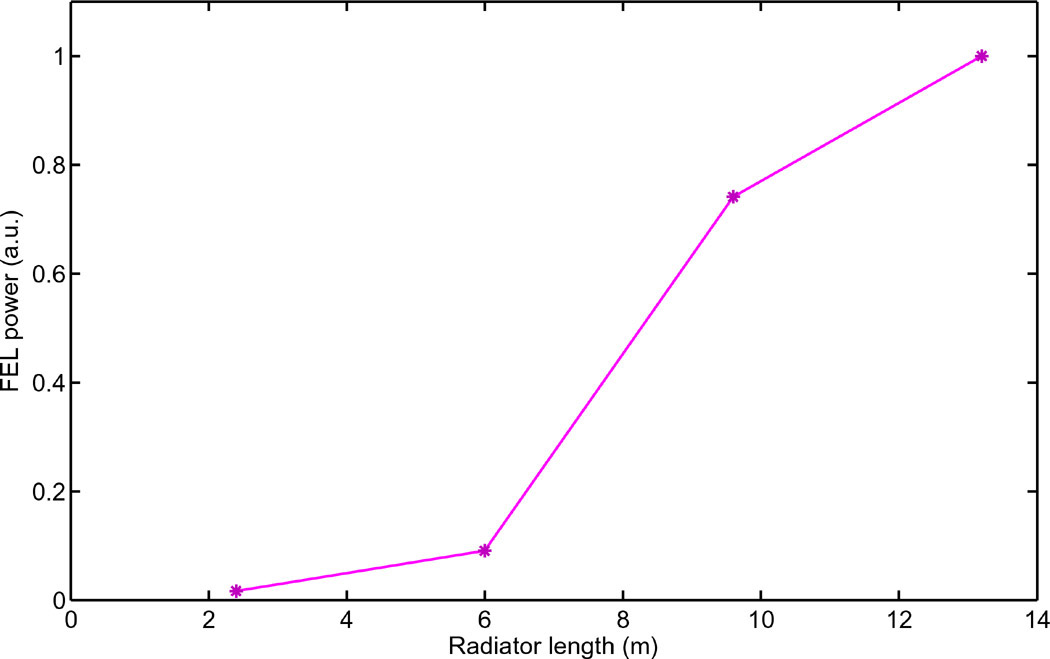 Figure 3. Experimental data on the power of the FEL as a function of the undulator length at FERMI@Elettra operating in seeding mode at the fourth harmonic (65nm) of the seed wavelength (260nm).

Using a high-gain harmonic-generation scheme based on a tunable laser in the UV, FERMI's FEL pulses will be high quality in terms both of spectral purity and temporal reproducibility.2 Indeed, the scheme allows FERMI to produce light that not only has transverse coherence—which can be also achieved with simpler schemes such as self-amplified spontaneous emission used in other FEL facilities—but also very high temporal coherence (i.e., high resolving power). This feature will also make it easier to perform pump-probe experiments when the FEL light is combined with that of an additional external laser. Both FERMI FELs will use specially designed APPLE-II (advanced planar polarized light emitter-II) undulators that allow control of the FEL's polarization. Linear (horizontal and vertical) as well as circular polarizations are possible.

Table 1 details the photon-beam parameters of the FERMI FELs. Roughly two years after the commissioning of the linear accelerator, FERMI entered its final commissioning phase in December 2010, when the first evidence of a coherent signal, characterized by very bright and intense pulses, was obtained in the range of 60–20nm (see Figure 2). After a short period of installation, a second phase of commissioning started in January 2011 with the goal of producing the first FEL light to be sent into the experimental chambers. In the last commissioning run, the quality of the electron beam produced by the linear accelerator was improved by carefully setting the working point of the machine, and the FEL system was optimized through the use of new dedicated diagnostics. Consequently, the coherent emission from the various undulators strongly indicates above-linear growth of the laser's intensity (see Figure 3).

Further optimization of the system, necessary to reach the expected FEL performance to allow the FERMI users to start performing their experiments, is ongoing at Sincrotrone Trieste. A detailed report on the progress of the commissioning of the FERMI FEL will be provided elsewhere.3

The authors are indebted to all the people involved in the design, the construction, and more recently in the operations of FERMI.