Quantum-key distribution is an application of quantum-information science that provides a way to establish identical and secret random bit sequences (or keys) between remote parties over an authenticated but untrusted communication link. Its security is guaranteed by the laws of quantum mechanics. Combined with one-time pad encryption, information-theoretic secure communication is possible.

The first quantum-key distribution protocol (referred to as BB84) was presented by Bennett and Brassard in 1984. It showed how to use polarized photons as quantum bits (qubits) to establish secret keys.1 Over subsequent decades, a lot of effort in academia and industry focused on demonstrating the technique with single photons or entangled photon pairs over optical fibers or through free space, and over distances exceeding 100km.2 Our research focuses on developing a fully integrated, robust quantum-key distribution system suitable for quantum networks and capable of delivering secret keys at speeds of up to megabits per second.3 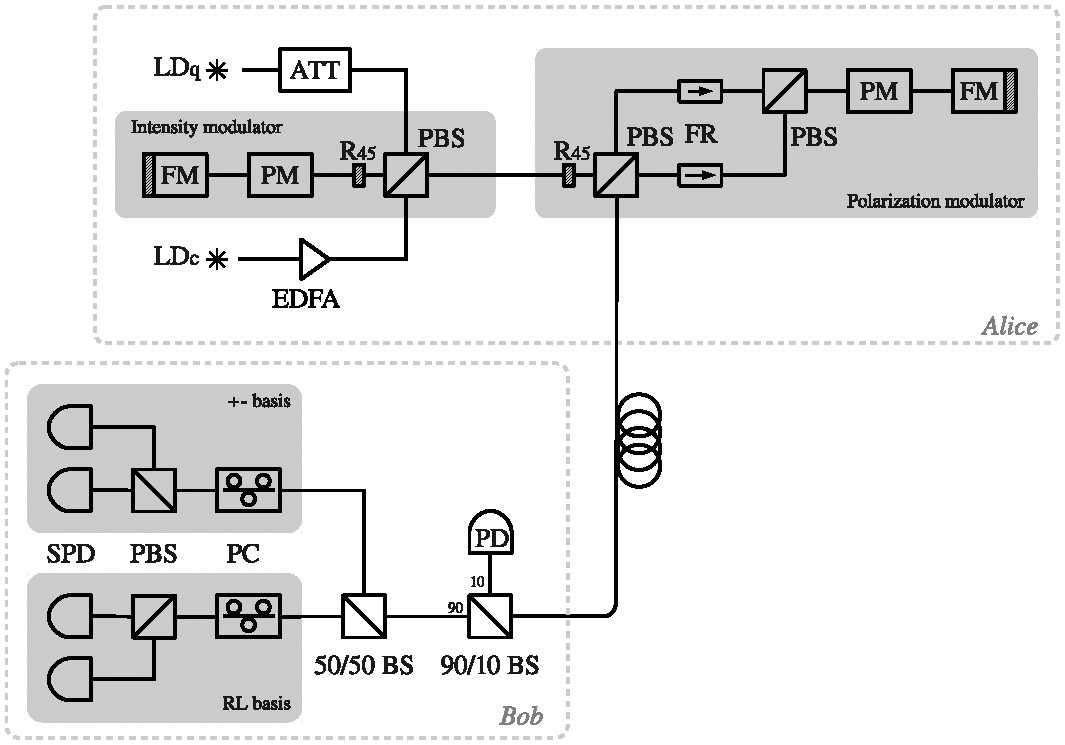 Figure 1 illustrates our system, where Alice and Bob denote sender and receiver, respectively. Laser pulses generated by laser diode LDq are attenuated to the single-photon level using an optical attenuator. The attenuated pulses pass through intensity and polarization modulators, where the former randomly modulates the average photon number of each pulse to implement a decoy-state protocol against photon-number-splitting attacks,4–6 and the latter randomly modulates the polarization of each qubit to one of ±45° linear or right-/left-hand circular polarizations to form qubits and implement the BB84 protocol. On Bob's side, incoming photons are randomly split by a 50/50 beam splitter and measured either in the linear or the right-/left-hand circular polarization basis. If Bob detects a photon with the same basis used by Alice, they generate a key bit. 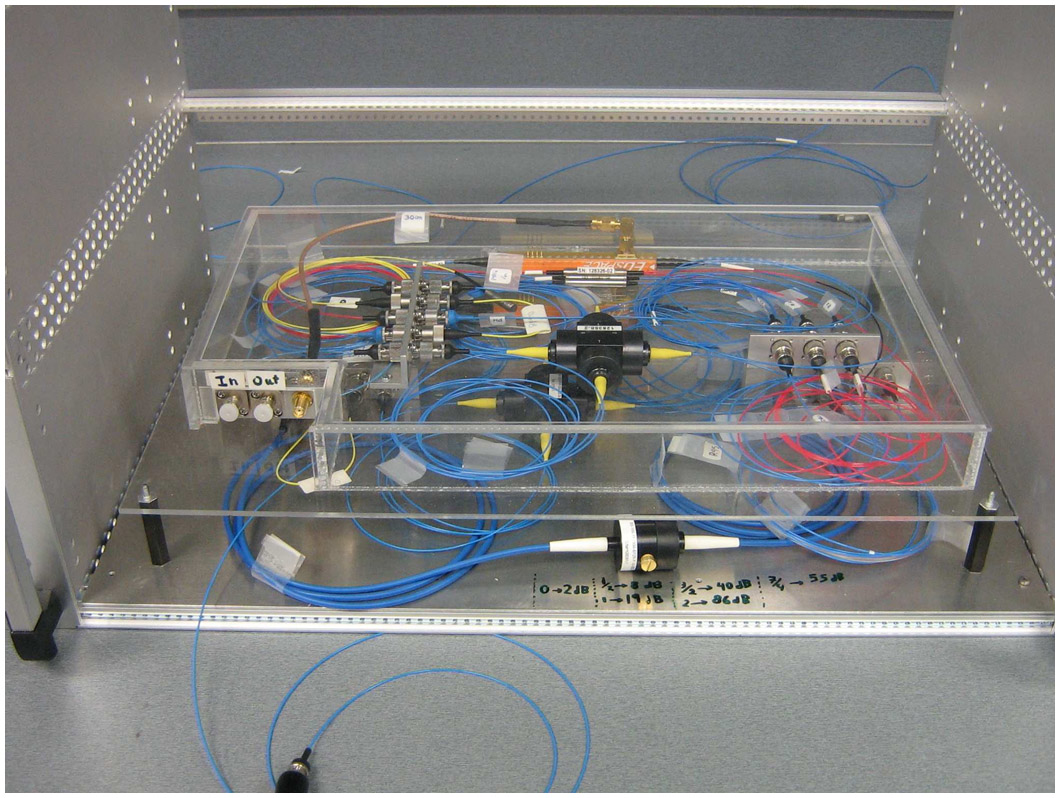 The key-generation procedure is controlled by two separate field-programmable gate arrays, which control home-made circuits to drive the laser diodes and phase modulators on Alice's side and acquire signals from the detectors on Bob's side. Detection events are transferred to Bob's computer and error correction is performed based on low-density parity-check codes.

Quantum framing refers to time-division multiplexing of sequences of strong laser pulses (data header) and qubits (quantum data), which are generated alternately. A data header and the subsequent quantum data form a quantum frame. Alice can encode information in the data header, allowing, for instance, compensation of quantum-state transformations during transmission to Bob, routing of qubits in a network environment, clock synchronization, and time tagging of detection events.

Moreover, quantum frames provide a framework to integrate quantum-key-distribution systems from different vendors in an open quantum network, e.g., by adding information specific to the protocol used. In our system, Alice generates data headers in suitably chosen polarization states with laser diode LDc. On Bob's side, the data header is detected by polarization controllers, which allow compensating of the polarization transformation during transmission.

Figure 3 shows the results of a 37hr test over a 12km dark fiber link between laboratories at the University of Calgary and SAIT Polytechnic. Clearly, quantum-key distribution with quantum-frame-based polarization stabilization is possible.

In summary, we proposed and have tested a fiber-based polarization-encoding quantum-key-distribution system employing quantum frames for channel stabilization. In the future, we intend to use quantum frames for clock synchronization and routing of qubits in a network environment, and improve the secret-key rate through development of high-speed single-photon detectors.7

Xiaofan Mo received his BS in physics and computer science and a PhD in physics from the University of Science and Technology of China in 2001 and 2006, respectively. He is a postdoctoral fellow at the Institute for Quantum Information Science.

Wolfgang Tittel studied physics at the University of Frankfurt am Main (Germany) and received his PhD from the University of Geneva (Switzerland). After research positions in Geneva and Århus (Denmark), he joined the University of Calgary in 2006, where he holds the Natural Sciences and Engineering Research Council of Canada/General Dynamics Canada/Alberta Informatics Circle of Research Excellence (iCORE) Industrial Research Chair in Quantum Cryptography and Communication.