Designing and building the next generation of extremely large telescopes (ELTs) is arguably the greatest challenge ever undertaken by astronomers. ELTs will address the major science issues of the next two decades, enabled by huge gains in sensitivity resulting from collecting areas that are more than 25 times larger than those of the largest telescopes today. Using current technologies, the size, complexity, and cost of instrumentation increases with the square of a telescope's diameter.1 Building scaled-up versions of the current generation of instruments seems beyond reasonable limits of feasibility for the planned 42m (diameter) European ELT (E-ELT: see Figure 1). New and innovative approaches in instrument layout, system engineering, and manufacturing strategies are required. 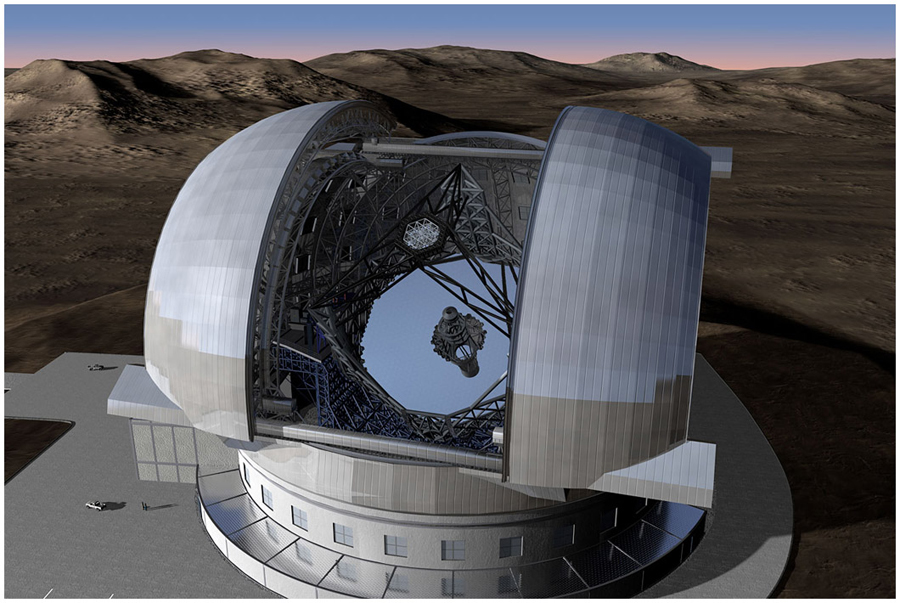 In the European astronomical community, the highest priority for ground-based optical and near-IR instrumentation has been identified as high-multiplex, multi-object spectroscopy (MOS).2 For the E-ELT, the European Southern Observatory (ESO) has awarded support for several concept studies,3 some of which address MOS approaches. In addition, as members of an international consortium, we are investigating an alternative that offers various advantages, including significant science gains because of a high multiplex factor and flexible deployment, low cost associated with small sizes of individual units, easy scaling because of a modular approach, and minimum risk using proven technologies.

Our proposed MOS instrument concept, ERASMUS-F,4 builds on the consortium's combined expertise. Technologically, it is based on optical-fiber systems and the spectrograph subsystems of the Multi-Unit Spectroscopic Explorer (MUSE: see Figure 2),5 an optical integral-field spectrograph for ESO's 8m (diameter) Very Large Telescope (VLT). The instrument is scheduled for commissioning in 2012. 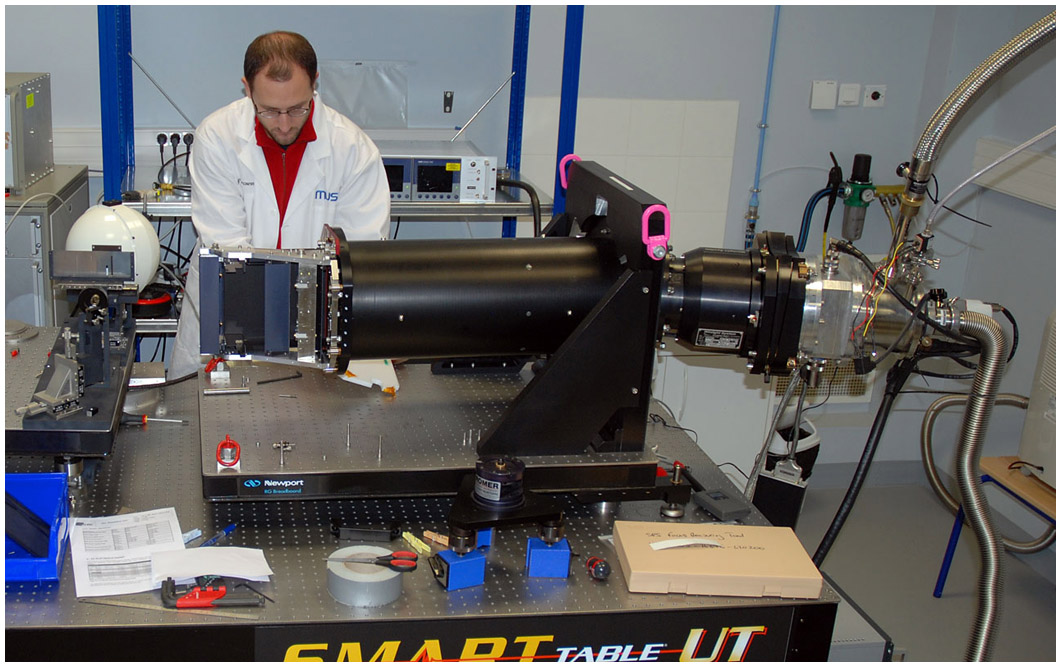 Encouraged by the superb image quality and high throughput of the spectrograph optics, we propose a scalable configuration of such modules that can be manufactured in a small industrial series and modified for use with fiber-optical mini-integral-field units (IFUs) instead of image slicers. The fiber-based IFUs can be deployed over the telescope's full field of view and feature innovative photonics devices, so-called hexabundles.6 These fused fiber bundles (see Figure 3) offer large filling factors compared to classical bundles and a much simpler and more compact package than microlens-array-fed fiber approaches. The system design profits from the Anglo-Australian Observatory's experience in developing robotic fiber positioners, such as the successful OzPoz facility at the VLT. 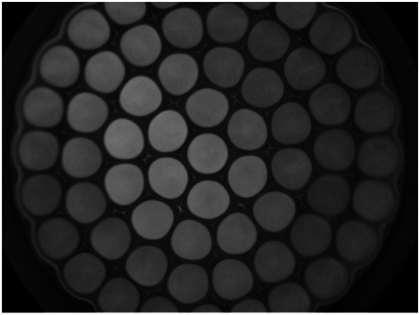 An appealing feature of ERASMUS-F is the idea to deploy a proof-of-concept E-ELT pathfinder instrument at the VLT, which—at the same time—is fully justified as a highly competitive common-user facility. The primary goal is to extend the science remit from integrated to resolved properties of a large sample of ~100,000 galaxies. We presented a summary of the science case for the proposed MOS instrument, dubbed ‘FIREBALL,’ to the ESO community in 2009.7

On behalf of the German Verbundforschung (‘collaborative research’), the participating institutes in Potsdam and Göttingen have taken the lead, including the optomechanical design of the pathfinder instrument and the manufacturing of a laboratory demonstrator. The Centre de Recherche Astronomique de Lyon designed and tested8 the MUSE spectrograph module, whose overall performance and excellent image quality were recently validated.9 The hexabundles were developed and tested at the University of Sydney (Australia) and will soon demonstrate their scientific feasibility at the Anglo-Australian Telescope.

In addition, our concept using deployable fiber IFUs and replicable spectrographs allows combining proven technologies with novel developments in astrophotonics10 into a highly modular instrument layout that can be scaled from current telescopes to the new generation of ELTs with minimum technological and financial risks. By 2011, we will present our ERASMUS-F study, which addresses the priority identified to develop a high-multiplex MOS for the E-ELT. In parallel, new photonics devices, such as fiber-Bragg and arrayed-waveguide gratings, are subjects of research and development11 for possible implementation in ERASMUS-F.

Andreas Kelz heads the 3D spectroscopy program. He works on the development and use of the IFU instrumentation projects MUSE (for ESO's VLT), the Visible Integral-field Replicable Unit Spectrograph, VIRUS (for McDonald Observatory, Texas), and the Potsdam Multi-Aperture Spectrophotometer, PMAS (for Calar Alto Observatory, Spain).

Martin Roth is director of the Innovative Fiber-Spectroscopy and Sensing (innoFSPEC) center at AIP. He is the principal investigator of both PMAS and the German ERASMUS-F study, and local MUSE project manager and science team member.

Joss Bland-Hawthorn holds a Federation Fellow Professorship. He was previously head of instrument science at the Anglo-Australian Observatory. He is interested in near- and far-field cosmology and astrophotonics.

Roland Bacon is the principal investigator of the MUSE and Spectroscopic Areal Unit for Research on Optical Nebulae (SAURON) instrument projects. He is interested in galaxy dynamics and evolution.

Harald Nicklas is the IAG manager involved in the optomechanical design and integration of ESO's focal reducer and low-dispersion spectrograph (FORS), OmegaCAM, and MUSE.

Roger Haynes moved from head of instrumentation and instrument science at the Anglo-Australian Observatory (Australia) to become head of the multichannel-spectroscopy group. He is an expert on optical fibers and fiber-based instrumentation.