Scientists at the California Institute of Technology (Caltech) developing a ground-breaking adaptive optics (AO) instrument have recently taken delivery of a 4356-actuator deformable mirror (see Figure 1). With 1.8mm interactuator pitch and more than 1.1μm of surface stroke, it has now been confirmed fully operable following acceptance testing at Caltech's Cahill Center for Astronomy and Astrophysics.

The new mirror forms the heart of PALM-3000, the first of a new generation of astronomical AO systems under development for large ground-based telescopes. When commissioned on the 5.1m telescope at Palomar Mountain in southern California (early 2011), this system will enable direct photodetection and spectroscopic characterization of self-luminous Jovian-type planets in orbit around nearby young stars. This challenging goal requires exquisite sensing and correction of atmospheric and instrumental aberrations to achieve a measured brightness contrast of better than 1 part in 10 million (10−7). 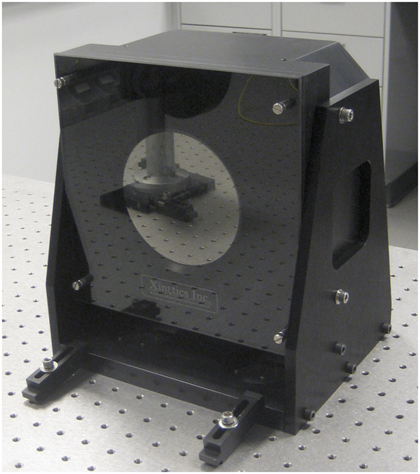 PALM-3000 is a major upgrade to the trail-blazing PALM-241 AO system, which has been in routine use with natural guide stars1 since 1999. The latter was used to perform original tomographic multiple-guide-star testing2 in 2003, and has also been operating (since 2007) with a University of Chicago sodium-laser guide star.3 Optimization of the system for direct exoplanet study requires new optical technologies, imposing both finer sampling and correction of the atmospheric wavefront and precise calibration of quasi-static aberrations.4 At a contrast of 10−7, just a few nanometers of uncontrolled, slowly varying wavefront-calibration errors can allow formation of stellar halo speckles that could overwhelm faint exoplanets.

By actively correcting dynamic wavefront aberrations using 3388 actuators, or 64 actuators across the telescope's pupil (see Figure 2), PALM-3000 will provide unprecedented spatial-frequency-bandwidth correction of atmospheric aberrations. With a projected entrance-pupil actuator pitch of ~8cm, the system will be able to compensate for seeing (image blurring caused by atmospheric turbulence) at the 1800m-altitude Palomar site and for residual optical-figure errors in the Hale Telescope primary mirror, which was manufactured at Caltech in the 1940s using 4in-diameter glass polishing tools.5 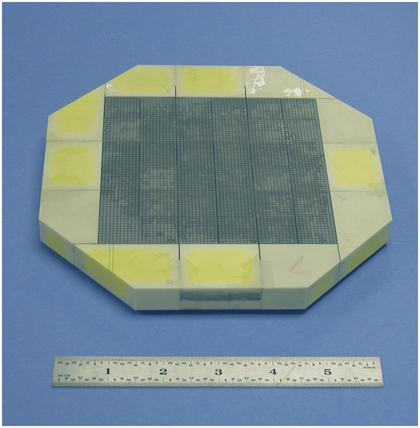 PALM-3000 will maintain the 2kHz sensing and mirror-update rate supported by PALM-241, despite the ~250× greater computational load, by employing innovative real-time computing architecture based on an array of graphical processing units. Although PALM-241 currently corrects atmospheric-wavefront errors from a median input of 2100nm rms to a residual ∼180nm rms, the PALM-3000 upgrade will halve the residual wavefront roughness to ~80nm rms, enabling both ultraprecision near-IR observations of exoplanets (Strehl ratio ~94% at 2.2μm; the Strehl ratio relates the AO-corrected peak intensity of a point source to that expected when operating at the telescope's diffraction limit) and general visible-light observing (Strehl ratio ~35% at 0.55μm). Although initially optimized for bright natural-guide-star work, PALM-3000 can operate with a sodium-laser-beacon reference, with proportionally increased photoreturn.

To suppress the intense direct stellar light that would otherwise overwhelm the exoplanet signal, we will take advantage of a new coronagraphic low-spectral-resolution integral-field spectrograph6 (IFS), known as Project 1640, built by the American Museum of Natural History (New York). In use at Palomar since summer 2008, Project 1640 uses an apodized-pupil Lyot coronagraph to reject direct starlight to instantaneous levels better than 10−6 at 0.5 arcsecond angular radius, while enabling 10 times better contrast through temporal averaging of the stellar point-spread function (PSF).

Project 1640 has already proved scientifically exciting during early testing with PALM-241, discovering7 a previously unknown faint stellar M-dwarf companion to the star Alcor (easily identifiable in the handle of the Big Dipper, near the quadruple-star Mizar system: see Figure 3). 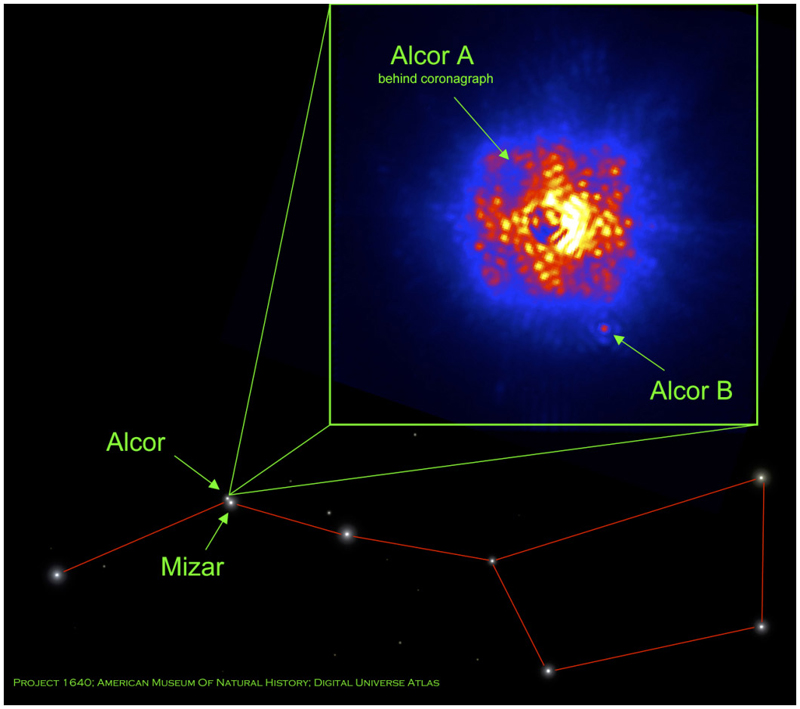 Figure 3. Discovery image of an M-dwarf companion to the bright nearby star Alcor, using the Project 1640 coronagraphic spectrograph and the Palomar PALM-241 AO system. (Courtesy of the American Museum of Natural History.)

Quasi-static residual stellar speckles in the PSF are the current limitation to PALM-241 science. They will need to be carefully controlled for successful operation of PALM-3000. The IFS capability of Project 1640 provides one avenue for improving contrast. Using spectral discrimination between residual stellar speckles (which are to first approximation scaled radially as a function of wavelength) and the desired exoplanet signal (which appears stationary when stepping through the hyperspectral IFS data cube), stellar speckles can be suppressed effectively.

More directly, the minute temporal evolution of quasi-static aberrations4 arising from thermal and gravity changes in the telescope optics, AO instrument, and spectrograph will be actively monitored and controlled. NASA's Jet Propulsion Laboratory is building a Mach-Zender interferometric reference-wavefront sensor to control slowly changing PALM-3000 calibration errors. This sensor will maintain noncommon-path wavefront-calibration accuracy of 1nm rms within the spatial-frequency bandpass of the deformable mirror. By clearing the stellar halo of residual speckles between angular radii of 0.3 and 1.6 arcseconds, PALM-3000 will very efficiently probe a parameter space complementary to the highly successful radial-velocity and photometric-transit exoplanet surveys of the past decade.

The deformable mirror was manufactured by Xinetics Inc. (Devens, MA) with Small Business Innovation Research funding, administered by the Jet Propulsion Laboratory. The PALM-300 graphical processing units were obtained with support from the Air Force Office of Sponsored Research through the Defense University Research Instrumentation Program.

Richard Dekany is associate director for instrumentation development at the Caltech Optical Observatory and principal investigator for the PALM-3000 adaptive optics system. He previously was a member of the technical staff at the Jet Propulsion Laboratory and is a graduate of the University of Arizona Optical Sciences Center. He has co-authored 55 SPIE conference papers on astronomical instrumentation, and is a charter member of the SPIE working groups on lens design and adaptive optics.