Fighting wars is complicated, as witnessed in Iraq and Afghanistan. Warfare relies on effective, accurate, and timely intelligence, which are especially critical when conducting a counterinsurgency operation or intelligence war.1 Both the insurgents (terrorists) and counterinsurgents (host nation and their allies) need effective intelligence capabilities to achieve success. It thus is an advantage to target or create opportunities to track and map an insurgency network, its movement, and, if possible, identify its assets, such as spies and operatives, within a host government's infrastructure, which includes the national police force and military units.

Since most wars involve the use of automatic small arms, such as lower caliber rifles and handguns, the ability to track these weapons is of great interest. As firearms are supplied to the host nation, it is not uncommon for some of them to be skimmed and find their way into insurgent hands. Tracking those weapons is important for understanding how the insurgency operates, infiltrates, and corrupts the host government.

Our Intentional Firearm Microstamping (IFM) procedure is a proactive means to tag firearms during their manufacture. Even more effective in theaters of conflict, in situ implementation as firearms are captured and retasked to the host nation's security forces or citizenry can add to intelligence. IFM is a method of placing intentional codes linked to a firearm's serial number using an optimized UV laser micromachining process. These codes are laser-formed as microembossing structures onto internal components of the firearms, such as the firing pin, that come into contact with a bullet cartridge, which is cycled through the firearm and ejected when fired3 (see Figure 1). The IFM improves the trace or physical evidence for forensic investigators to identify and track a firearm without having to obtain it, because most firearms are not recovered at the scene of a firefight.

The IFM code on the cartridge provides critical information to intelligence officers who can then trace the firearm's origin or history if it has been used in other areas or conflicts across the host nation. IFM creates a new opportunity to evolve traditional firearm and tool mark analysis used by forensic investigators and intelligence analysts.

Over the last 14 Years, various automatic firearms (handguns and rifles) with caliber ranges from .22 to .50 and covering diverse military-style rifles, such as the AK-47 and AR-15 (M16), have been tested through 1000s of rounds and have demonstrated the technology's ability to provide trace evidence. Tests show that accurate tracking codes can be extracted 99.9% of the time, as long as four or more cartridges are found (see Figure 2).3,4 (Most firefights involve hundreds of rounds from each firearm.) However, even partial codes provide key intelligence in a battle environment. They can provide critical data to squad-level forces about insurgent force strength by the number of different firearms identified at that location. If the cartridge locations are mapped in existing intelligence geospatial information systems (see Figure 3), insurgent tactical maneuvering data can be analyzed and determined. 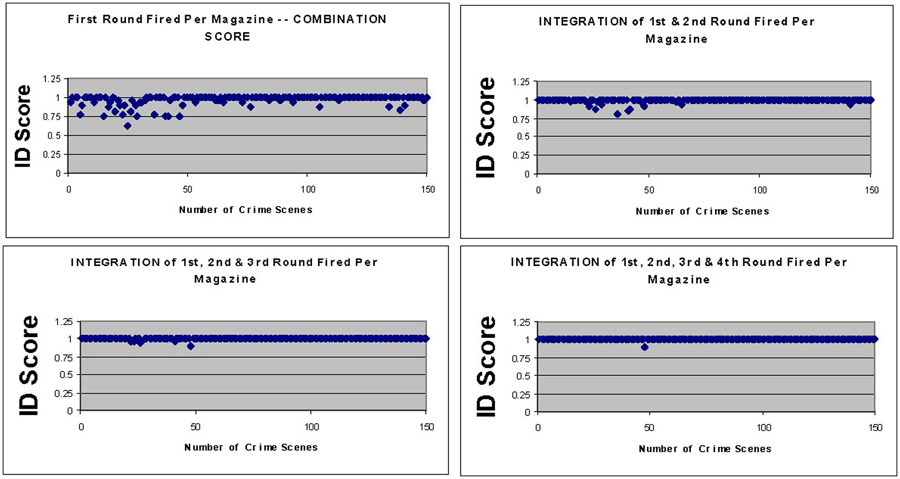 Figure 2. Microstamping can identify a firearm from evidence at the scene of a firefight. With multiple redundant embossing codes in the firearm, the process can overcome the multivariate nature of automatic firearm operation and adverse marking conditions that exist in combat environments. The figure shows a sample of four cartridges per magazine fired from a .45 Colt 1911 over 150 simulated firefight incidents (1500 total rounds) giving almost 100% tracking code extraction. 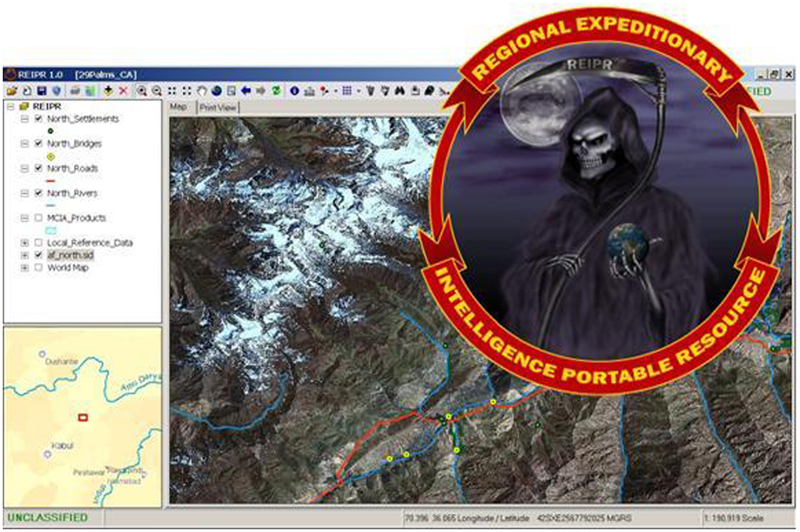 IFM has both military and civilian capabilities. In light of the National Academy of Sciences' report that outlines the deficiencies with traditional firearm forensics,5 IFM is being considered the next evolutionary step in firearms identification for traditional civilian forensics. We are currently evaluating implementation of the technology as a standard requirement for military firearms procurement, especially when such weapons are exported to support ongoing military operations or supplied as armaments for self defense.

Ohar is a cofounder and chief engineer focused on firearm dynamics and multivariate analysis. He coinvented Intentional Firearm Microstamping.