A new type of liquid-crystal device has been fabricated to generate a tunable, graded refractive index across the depth of each pixel.
26 October 2009
Tim Wilkinson

Liquid crystals offer exciting potential for creating real-time high-resolution 3D display systems. A number of attempts have already been made using lenticular flat-panel displays, autostereoscopy, and volumetric systems. However, none of these devices have been able to achieve a satisfactory image, either in depth or resolution. For the reproduction of a true 3D image, a fully complex hologram is the ultimate solution but is very difficult to display using current technology, requiring pixel resolutions beyond what current systems are capable of. Ferroelectric liquid-crystal-over-silicon (LCOS) microdisplays have been used to project simple 3D images (see Figure 1). But both the quality and viewing angle of the image are limited by the binary phase modulation of the LCOS technology. There has also been some success at generating full-color 3D projections using amplitude holograms.1 However, the system was bulky, expensive, and ultimately limited by difficulties inherent in modulating only the amplitude. 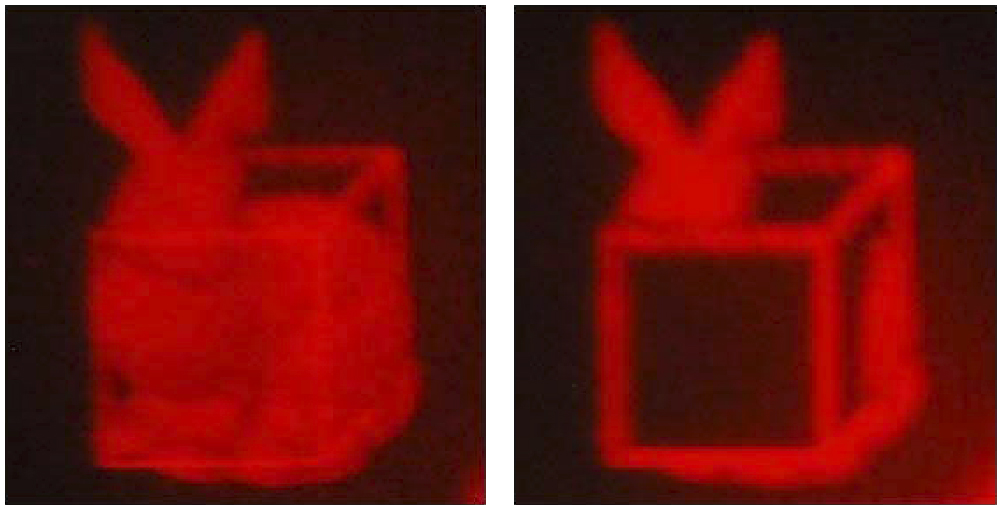 A purely phase-only hologram (or kinoform) offers the best solution for building 3D displays. But again, there are limits to our ability to produce true holographic images using current technologies. One of the main limitations is actually the pixel geometry of LCD devices. Most use a traditional rectangular 2D shape with a uniform electric field applied between top and bottom electrodes. Our solution to the problem, rather than constructing elaborate architectures, is to address this rudimentary electric field. As a result, we have developed a new liquid-crystal pixel structure using a vertically grown multiwall carbon nanotube (MWCNT) as conducting element within the pixel.

Conducting MWCNTs can be used to build 3D electrode structures in optically anisotropic media such as liquid crystals, making novel new micro-optical components possible: see Figure 2(a).2 The electric field generated within the pixel when it contains the MWCNT is no longer uniform but rather is now almost Gaussian in shape: see Figure 2(b). The appearance of the electrodes as large structures (with respect to the size of the liquid-crystal molecules) within the device indicates a strong interaction between the nanotubes and the pixel material. We can reinterpret the field as an optical interaction by looking at the anisotropy (birefringence) of the liquid crystal. The variation in refractive index across the depth of the pixel then maps as a graded index which ultimately forms a phase profile for that pixel. By changing the electric field, it is possible to tune the properties of this graded-index structure and hence modulate the light into an ideal kinoform.

Figure 2.(a) Nanotube electrodes grown on a silicon substrate. (b) Electric-field profile generated by having the 5μm nanotube grown within a 10μm pixel. 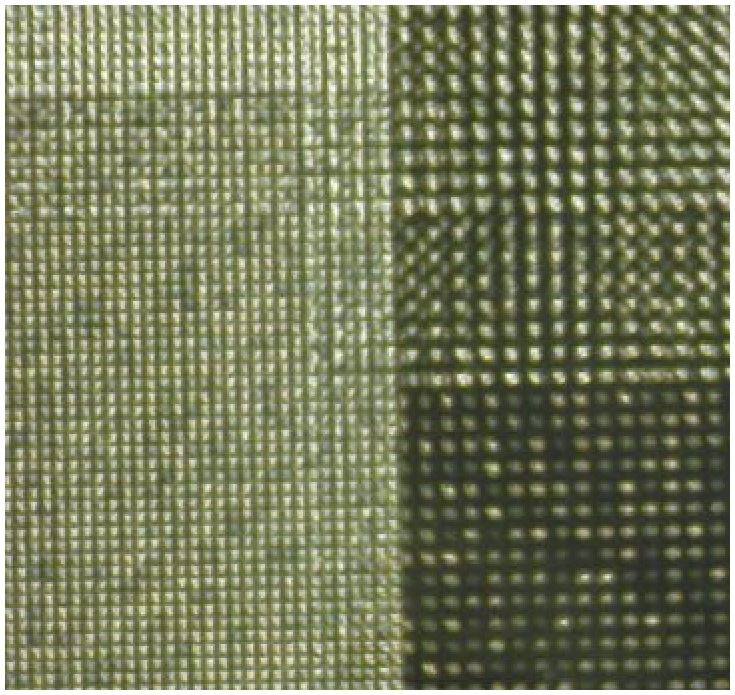 Figure 3.Nanotube electrode (lenslet) array with varying pitch. The lenslets at bottom right are at a pitch of 5μm.

Using this new technology, the next generation of LCOS devices can be fabricated to include a vertically grown MWCNT electrode at each pixel. The underlying circuitry will then allow each nanotube to be switched individually with a different voltage. This creates an even more complex electric-field profile than that of a single pixel and hence a much more complex refractive-index profile within the liquid-crystal device. The result is in fact very close to a kinoform as might be recorded in photographic film, allowing near-perfect holograms to be displayed.

A very exciting development in our recent work is the production of an array of lenslets formed by the phase profiles shown in Figure 2(b). The pitch of the lenslets in this array can be clearly seen down to 1μm (see Figure 3).3 Hence a hologram with an equivalent pixel pitch will be possible in the very near future. This opens up reconfigurable holography to a new realm of applications which use partially coherent light sources such as LEDs. We hope to expand on our recent success to build a viable display system for true 3D holographic images.