The information technology revolution and the unrivaled rise in the use of microelectronics has resulted in an increased demand for information input (sensor) and output (display and actuator) systems. Microsystems technology—the inevitable and logical development of microelectronics beyond systems for sensing and actuation purposes—provides such an interface to the physical world.

The ongoing drive from miniaturization in microelectronics toward nanoelectronics translates into a journey from micro electromechanical systems (MEMS) toward nano electromechanical systems (NEMS).1, 2 However, the success of straight miniaturization appears to have an end point, where state-of-the-art device concepts, power levels, and performance suffer dramatically.3 This is mainly due to a discontinuity in process technology and a crossover from classical to quantum physics at nano dimensions (10−9m), which leads to mesoscopic phenomena (between the macro and the nanoscales) dominating the functionality of nanosystems.

But NEMS are not just downscaled microsystems. They provide completely new functionalities since they offer interfaces to the physical world and promising applications in chemistry, microbiology, medicine, and nanotechnology. At the nanometer scale, a paradigm shift is likely to take place, and new materials, such as carbon nanotubes and graphene (see Figure  1), which possess novel physical properties, promise to play a significant role in overcoming the classic downscaling problems.4 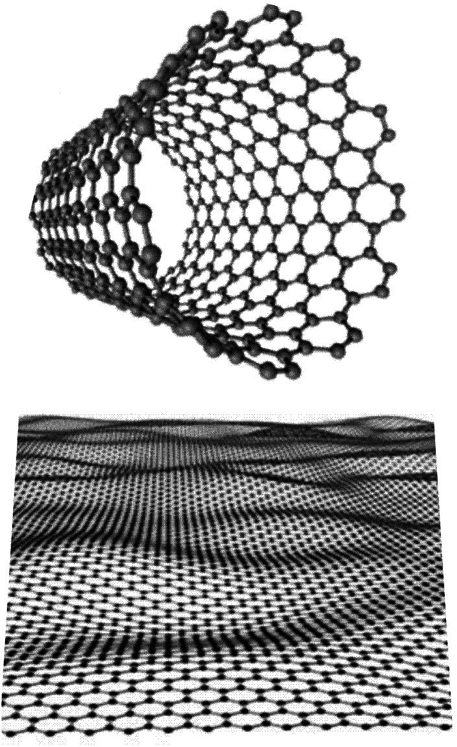 Figure 2a shows an example of a carbon nanotube-based nano electromechanical system that can be used to illustrate this paradigm shift. Here, a single-walled carbon nanotube uses the piezoresistive effect (the changing electrical resistance of a material due to an applied mechanical force) to detect the deflection of a sub-micron size atomic force microscope (AFM) cantilever. The suspended nanotube transducer allows displacement detection of sub-micron sized AFM cantilevers in contrast to conventional optical or silicon-based piezoresistive techniques. This clears the way for ultra-small AFM cantilevers that feature high mechanical sensitivity while simultaneously attaining low force constants.4

Figure 2.(a) Schematic illustration of a nano electromechanical transducer based on single-walled carbon nanotube (SWNT) for nanoscale AFM cantilevers. The double-clamped suspended SWNT is electrically connected to two electrodes and is mechanically connected to the nanoscale AFM cantilever bridging the suspended nanotube. (b) Scanning electron microscope image of a cantilever-SWNT based sensing device. The white arrows indicate the location of the suspended SWNT.

As a consequence, the proposed concept allows ultra-fast AFM scanning with a number of applications ranging from time-resolved force spectroscopy to large-scale AFM imaging and video capture. Although such devices have not yet been fabricated and tested, the basic nanotube transducer has been demonstrated.5,6 In Figure 2b, we show a scanning electron microscope image of a double-clamped suspended nanotube that is electrically connected to two electrodes and mechanically bound to a nanoscale cantilever that bridges the suspended nanotube. If the cantilever undergoes a mechanical deflection, then the nanotube is mechanically deformed (axially stretched) leading to a significant change in the conductance of the single-walled carbon nanotube. This piezoresistive conductance change can be detected and used as the feedback signal for AFM scanning.

In Figure 3 we summarize the electromechanical properties of carbon nanotubes and their piezoconductance (which have been partially measured on the structures shown in Figure 2b) which is of central importance for the proposed nanotube-NEMS concept. Figure 3a plots experimentally observed piezoresistive gauge factors, βGF=(ΔR(ε)/R0)ε−1, as function of strain, ε, measured on a number of individual suspended and non-suspended single-walled carbon nanotubes. For completeness, we included results reported by groups at Stanford University7–9 and Cornell University.10

Experimental findings are qualitatively well understood by a theoretical model based on thermal activated transport and strain-dependent band gap tuning11,12. This model includes both the opening and closing of the nanotube band gap as a function of strain, as shown in Figure 3b, for different nanotubes labeled by their chiral indices (n,m). However, a direct comparison between Figure 3a and Figure 3b is not yet possible since too many internal parameters of the systems remain unexplored. 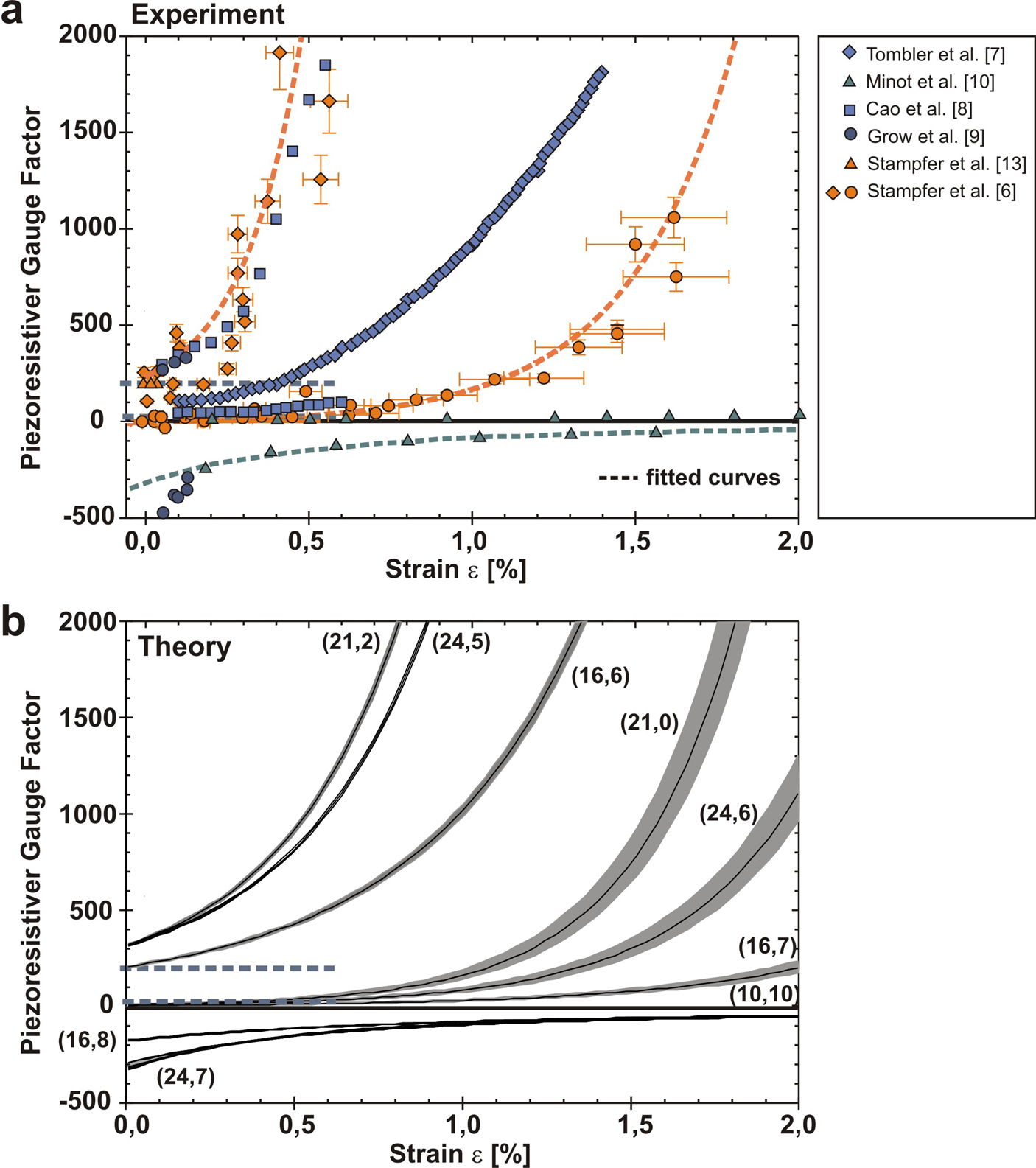 Figure 3. Piezoresistive gauge factors of single-walled carbon nanotubes. (a) Set of experimental data from electromechanical measurements on individual nanotubes.6–10, 13 Note that the experimental setups used to measure the piezoresistive gauge factor are not the same for all data. (b) Theoretical curves for different nanotubes labeled by their chiral indices (n, m). The dashed lines represent metal strain gauges (1-5) and state-of-the-art silicon strain gauges (≈200). Figure adapted from reference4.

Future research may make use of new materials with unexplored properties that have tremendous potential for nanotechnological applications. We expect that carbon-based NEMS and molecular-electronic devices in general will open new opportunities to study novel sensing mechanisms and high quality nano-resonators. Investigation of the interaction between mechanical and electronic degrees at the single-molecule level may ultimately lead to the detection of quantized mechanical motion.

Christoph Stampfer is a postdoctoral fellow in the group of nanophysics at the Swiss Federal Institute of Technology (ETH), Zurich, where he completed his PhD on carbon nanotube-based transducers as a member of the micro and nanosystems group.

Christofer Hierold has been a professor of micro and nanosystems at ETH, Zurich, since April 2002. After 11 years in industry, his major research is now focused on nanotransducers, the evaluation of new materials for MEMS, and advanced microsystems.