The UK's Engineering and Physical Sciences Research Council's recent consultation exercise1 reinforced the belief that future silicon technology will be advanced by new and evolving characterization techniques. Among the grand challenges identified are the development and implementation of nanometer-scale features, 3D structures, and manufacturing quality. The developing market for microelectromechanical systems (MEMS)—which integrate mechanical elements, sensors, actuators, and electronics on a common silicon substrate—provides a proof statement. Driven by the demand for smaller, cheaper, more versatile, and more reliable integrated devices, the MEMS-fabrication industry suffers from a lack of rapid nondestructive high-resolution instruments to measure the layer thickness of MEMS wafers in situ immediately after fabrication. This is especially important as the MEMS packaging process can account for around 90% of the cost,2 and early detection of irregularities would eliminate substantial expense.

To date, scanning-electron microscopy (SEM) and contact probes have been the primary tools used for MEMS quality control and quality assurance. However, although SEM provides sufficient imaging resolution of wafer surfaces, preparation is slow and destructive, while examination of subsurface layers and hidden volumes is restricted. In addition, using contact probes is limited to the surface layer.

A report from the UK's National Physical Laboratory3 (NPL) summarized the requirements for an ideal instrument to measure wafer thickness. It suggested such devices should use a single-sided approach, have a vertical resolution of <1μm and a lateral resolution of approximately 10μm, a depth range >200μm, a scan speed suitable for industrial application, and be silicon compatible. In addition, the report identified that other measurement challenges—such as defect detection and high-aspect-ratio structures (HARS)—must be addressed.

We have identified optical-coherence tomography (OCT) as meeting many key requirements for MEMS characterization. As an interferometric optical-signal acquisition and processing method it can deliver noninvasive subsurface images of translucent or opaque materials at a resolution equivalent to that of an optical microscope. This is done by projecting a laser into the sample and collecting reflected light. Although most of the light is scattered on its way back to the surface, enough is detected by an optical interferometer. The latter uses depth and intensity information to generate an image.

Figure 1. Montage of optical-coherence-tomography (OCT) images of a silicon-MEMS pressure sensor at different depths, revealing aspects of the device-layer structure. (Images captured with a Michelson Diagnostics EX1301 OCT microscope with the support of Andy Robinson and Peter Woolliams of the National Physical Laboratory.)

OCT has thus far attracted interest from the medical community where—operating as an ‘optical ultrasound’—it provides tissue-morphology visualization at a much higher resolution (approximately 20μm) than medical-resonance imaging or ultrasound. However, the key benefits of OCT are applicable to both organic tissue samples and inorganic materials such as silicon. These include real-time subsurface image acquisition to a depth of 1–2mm at near-microscopic resolution, as well as noninvasive, nondestructive operation with no need for specimen preparation, instant and direct imaging of specimen morphology, and the requirement for only one-sided specimen access. These match the NPL-identified requirements very closely. The principal difference is resolution, both vertical and lateral. 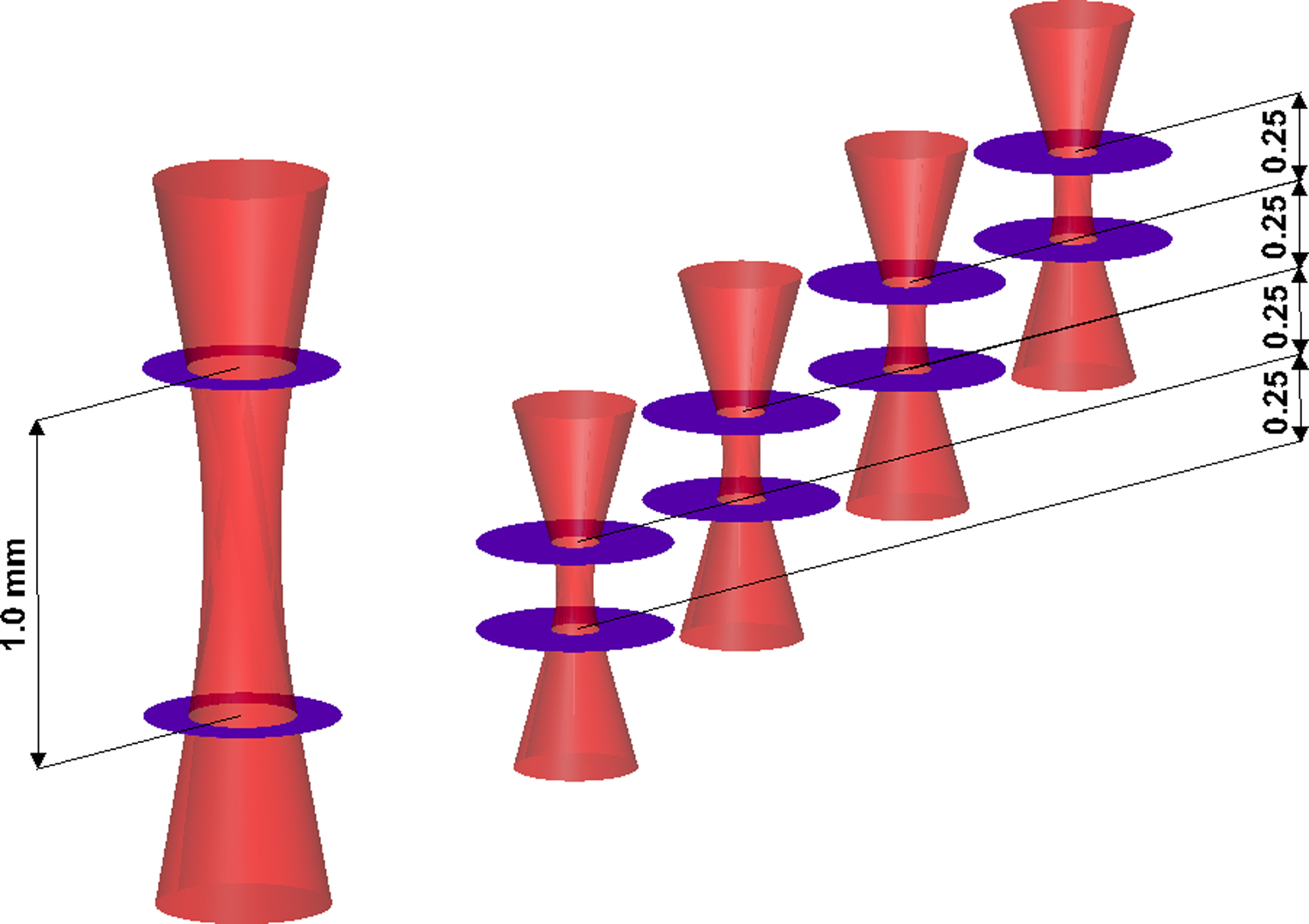 Figure 2. Four laser beams focused at different depths are brought to a lateral focus of < 10μm over a depth of focus of 0.25mm each, providing a total focal range of 1mm and double the lateral resolution of competing solutions for clearer images with more clinical detail.

There are several ways to improve resolution to better than 1μm. First, the refractive index of silicon is about 3. Because OCT is an interferometric technique, it measures optical-path length. Therefore, resolution is inversely proportional to refractive index, an important advantage. Second, OCT is fast. Many measurements can be taken, and a number of numerical approaches might be used to achieve subpixel resolution. For example, Richard Leach (principal scientist at NPL) believes that “using nonlinear inversion techniques shows strong promise in the quest for submicron resolution and should allow the capture of surface features such as HARS, not currently measurable due to the numerical apertures of OCT instruments.” These approaches are under investigation and show considerable promise. OCT imaging could also be highly useful to the precision-plastic-parts industry. Like silicon, OCT can penetrate poly(methyl methacrylate) (PMMA) and other plastics to provide subsurface high-precision measurements.

Jon Holmes brought several successful imaging products to market as business director of the biomedical group at the instrumentation research and development company Sira. He was also director of the Smart Optics Faraday Partnership, the predecessor of the Photonics Knowledge Transfer Network. Having identified the opportunity for multibeam OCT, he recruited a high-caliber team and developed a vision and strategy for Michelson Diagnostics.