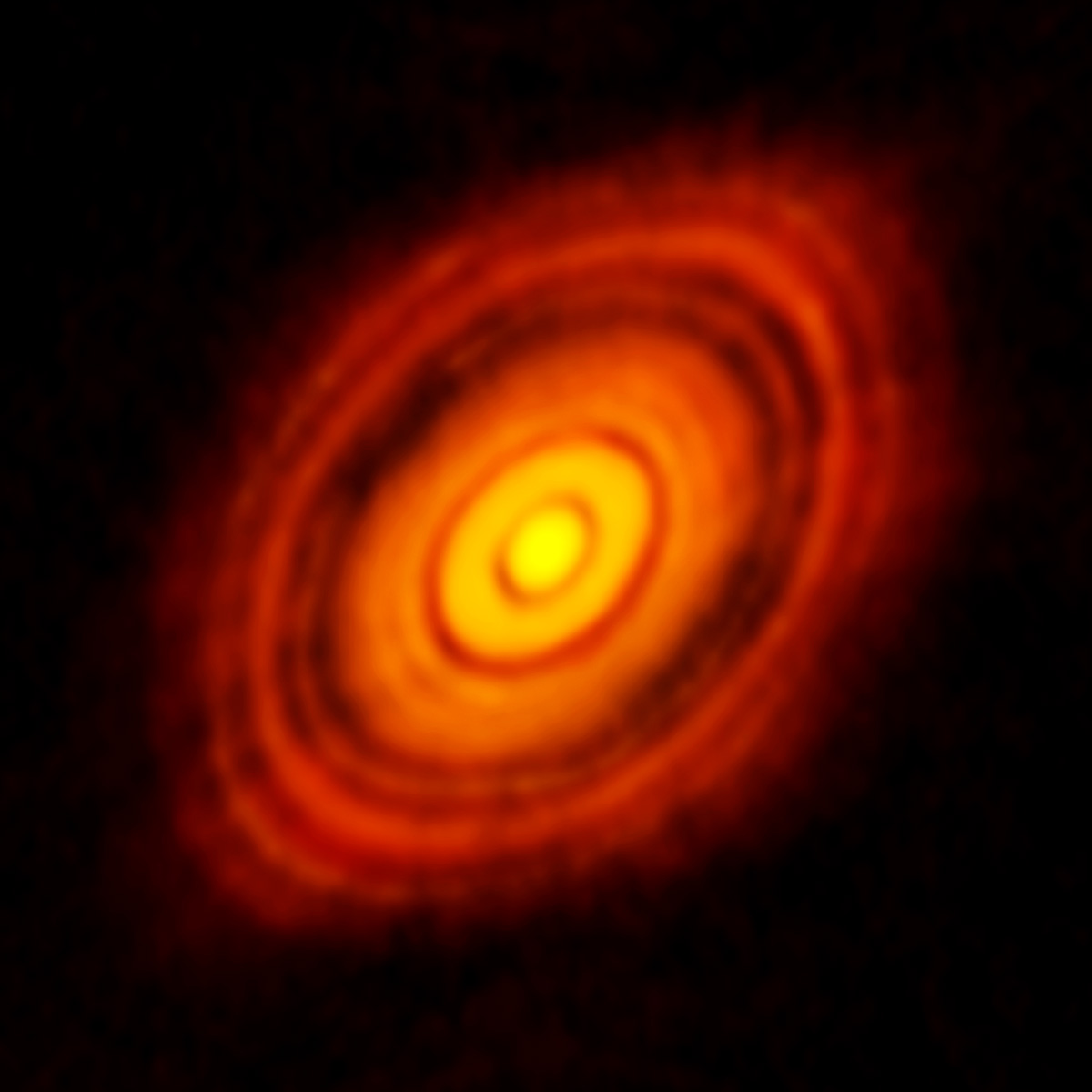 The sharpest image ever taken by ALMA -- sharper than is routinely achieved in visible light with the Hubble Space Telescope. It shows the protoplanetary disc surrounding the young star HL Tauri. These new ALMA observations reveal substructures within the disc that have never been seen before and even show the possible positions of planets forming in the dark patches within the system. Credit: ALMA (ESO/NAOJ/NRAO)

This new image from ALMA, the Atacama Large Millimeter/submillimeter Array, reveals extraordinarily fine detail that has never been seen before in the planet-forming disc around a young star. These are the first observations that have used ALMA in its near-final configuration and the sharpest pictures ever made at submillimetre wavelengths. The new results are an enormous step forward in the observation of how protoplanetary discs develop and how planets form.

"When we first saw this image we were astounded at the spectacular level of detail," said Catherine Vlahakis, ALMA Deputy Program Scientist and Lead Program Scientist for the ALMA Long Baseline Campaign. "HL Tauri is no more than a million years old, yet already its disc appears to be full of forming planets. This one image alone will revolutionize theories of planet formation."

ALMA (the Atacama Large Millimeter/submillimeter Array) is one of the largest ground-based astronomy projects of the next decade and will be the major new facility for observations in the millimeter/submillimeter regime. It will enable transformational research into the physics of the cold Universe, probe the first stars and galaxies, and directly image the formation of planets.

Since September 2014 ALMA has been observing the Universe using its longest ever baselines, with antennas separated by up to 15 kilometres. This Long Baseline Campaign will continue until 1 December 2014. The baseline is the distance between two of the antennas in the array. As a comparison, other facilities operating at millimetre wavelengths provide antennas separated by no more than two kilometres. The maximum possible ALMA baseline is 16 kilometres. Future observations at shorter wavelengths will achieve even higher image sharpness.

Numerous technical papers related to ALMA were presented at the 2014 SPIE symposium on Astronomical Telescopes and Instrumentation. A plenary talk by ALMA director Pierre Cox, consisting of an update on construction and science observations, is available online.