Currency counterfeiting victimizes governments, individuals, and corporations. In recent years, technological advances in printing have allowed counterfeiters to improve their product while making the identification of forged currency more challenging. The situation is particularly acute in high-tech countries like Japan. The Bank of Japan has four kinds of banknotes in circulation: the 10,000, 5,000, 2,000 and 1,000 yen notes. In November 2007, the amount in circulation of the highest value denomination notes was estimated at 69 trillion. 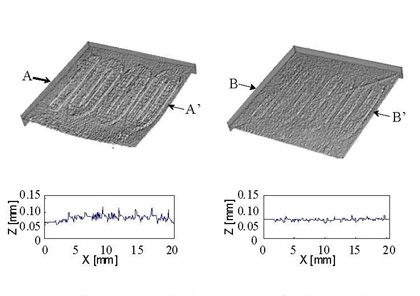 To stem counterfeiters, the Bank of Japan issued three new bank notes (10,000, 5,000, and 1,000 yen) in November 2004 with enhanced counterfeiting detection features that were explained to the public.1 The security features of the former 10,000 yen notes were the watermark, the use of ultrafine line printing, and luminescent ink. The new notes incorporated additional features, such as holograms that change color when the note is tilted, and vertical watermark bars that become visible when the note is held into light. These bars are quite difficult to reproduce with a personal computer or color-copying machine because their pattern is incorporated when the paper is manufactured. Other anti-counterfeiting features include the use of latent images, pearl ink, and intaglio (raised) printing.

Their purpose is to prevent forgery using personal computers and peripheral equipment such as scanners and printers, to facilitate the detection of counterfeit notes, and to improve automatic inspection in cash distributing machines. Finally, they also assist the visual inspection of notes and help maintain confidence in the currency.

The introduction of these new security features seems to have reduced the number of forged new notes in circulation. Most of the counterfeit notes now seized are of the old type that are still in circulation. However, forging techniques are also becoming more advanced, and measures are still required to address the issue of automatic discrimination between legitimate and forged banknotes in vending machines, since most counterfeit notes are distributed in machine transactions. (Japan has more than 5.5 million vending machines, note validators and game-playing machines.)

Last December, the team reported the successful development of sensors for checking banknote holographic patterns, ink fluorescence, microprinting features, and watermarks. For example, the new 10,000 yen note bears the words “NIPPON GINKO” (“Bank of Japan”) printed in microletters, with additional microletters of different sizes included in the background design. One group focused its efforts on a microprinting sensor to analyze these microletter qualities. When a reference pattern is overlaid on a legitimate banknote, a distinct moiré pattern is produced. If however, the note is forged, a blurred, poorly contrasted pattern appears.

Another group used the 3D information provided by intaglio printing, which raises the ink of letters or features much higher than occurs with conventional anastatic printing. This feature is impossible to duplicate or produce using a letter press, an office printer, or a copying machine (see Figure 1). To detect authentic intaglio, the team applied a novel optical 3D profilometry method2,3 previously used in automotive and semiconductor industrial applications for measuring the 3D profiles of structures, die, bumps, etc. A prototype device incorporating this technology is presently undergoing testing, and a note validator equipped with the new sensors is expected to be commercialized by the end of the year.

Toru Yoshizawa is a professor in the Department of Biomedical Engineering at Saitama Medical University and a professor emeritus in the Department of Mechanical Systems Engineering at the Tokyo University of Agriculture & Technology. His major research interests are focused on optical metrology with emphasis on 3D profilometry, interferometry, and their applications to mechanical engineering. He also works for Opton Corp. as a technical adviser for the development of optical 3D measuring systems.