Silicon technology may provide a solution to examining far-distant planets for biological evidence.

A proposed NASA endeavor will use an occulter (a device that blocks the light of an astronomical object from an observer) to suppress starlight and allow both direct imaging of planets orbiting other stars1 and characterization of those planets to detect conditions indicative of life. The biggest problem in directly imaging exo-planets is distinguishing them from the superbright glow of the parent star, comparable to trying to distinguish a firefly adjacent to an automobile headlamp. To observe relatively dim planets clearly with a telescope, we need to suppress the star's light by roughly a billion times or more.

A number of recently studied elaborate, multi-billion-dollar missions for planet finding have been found to be nearly impossible because they require large optics with surface accuracies well beyond the state of the art, optical coatings so uniform they cannot be verified, extremely tight formation flying, and too many years to get off the ground. Meanwhile, our New Worlds Observer (NWO) team has proposed a much less expensive exo-planet imaging mission that is feasible using existing technology. Most exciting is that NWO will examine the spectra of planets in the habitable zone around stars to see whether they contain the biomarkers water and oxygen.

NWO relies on a specially shaped, deployable occulter, or starshade, roughly 50m across flying in formation with meter-class accuracy and a Hubble-class telescope at a separation of several tens of megameters.2 The arrangement of the flower-shaped starshade and the telescope in its geometric shadow will allow planets as close as about 50milliarcsec from the star to be imaged in relatively short exposures with little interference from the star's light. The petal profiles derived by Webster Cash at the University of Colorado are mathematically described as hyper-Gaussians.

To prove the correctness of the design shapes of starshade petals, we fabricated several miniature starshades (see Figure 1) with profile accuracies proportionate to full-size flight starshades. We then tested how well they suppress incident broadband light in a special test setup designed for long optical path lengths and very low stray light.3 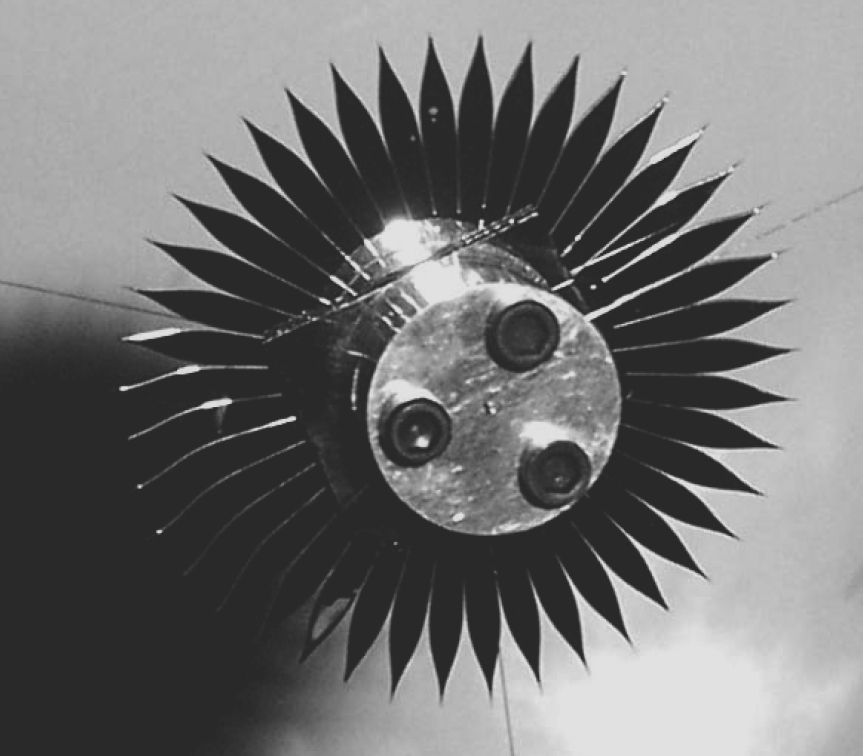 Measuring light suppression with ten decades of dynamic range requires a very intense white light source and a very sensitive detector. The Sun is a nearly ideal light source for several reasons. A photon-counting, bi-alkali photomultiplier tube is well matched to the solar spectrum. A beam of sunlight passing through a 1mm pinhole grows naturally at a rate of only 9cm of diameter for every 10m traveled, remaining confined so that it illuminates essentially nothing but the starshade being tested.

Even a few stray photons can spoil an irradiance suppression measurement at the 1ppb level. To prevent external light from spoiling the measurement, a dark tunnel ∼42m long and 2m in height and width was created by erecting a frame of polyvinyl chloride pipe covered with two layers of thick black sheet polyethylene. The distance from the source pinhole to the mini-starshades varied from 23 to 34m, where the starshades cover the same number of Fresnel zones as flight starshades will. An affordable heliostat, made by adapting a flat mirror to the motorized fork of an inexpensive off-the-shelf telescope, tracks the Sun.

The photometer—designed for strict rejection of stray or re-entrant light—raster-scanned in an observation plane from 8 to 19m behind the starshade and mapped out the diffraction field it created. Third-generation, reactively ion-etched silicon starshades performed best, with a raw suppression ratio of ∼8× 10−7. Irradiance maps for both a 16-petal starshade and a high-precision circular disc are shown in Figure 2. For the starshade, after accounting for glows from observed defects like dust particles on support wires and petal edges as well as occasional broken petal tips (quantified using CCD imagery from the null), we demonstrated a white light suppression of ∼10ppb in air. The peak in the center of the disc's map is the well-known spot of Arago, essentially a diffraction-limited image of the source. 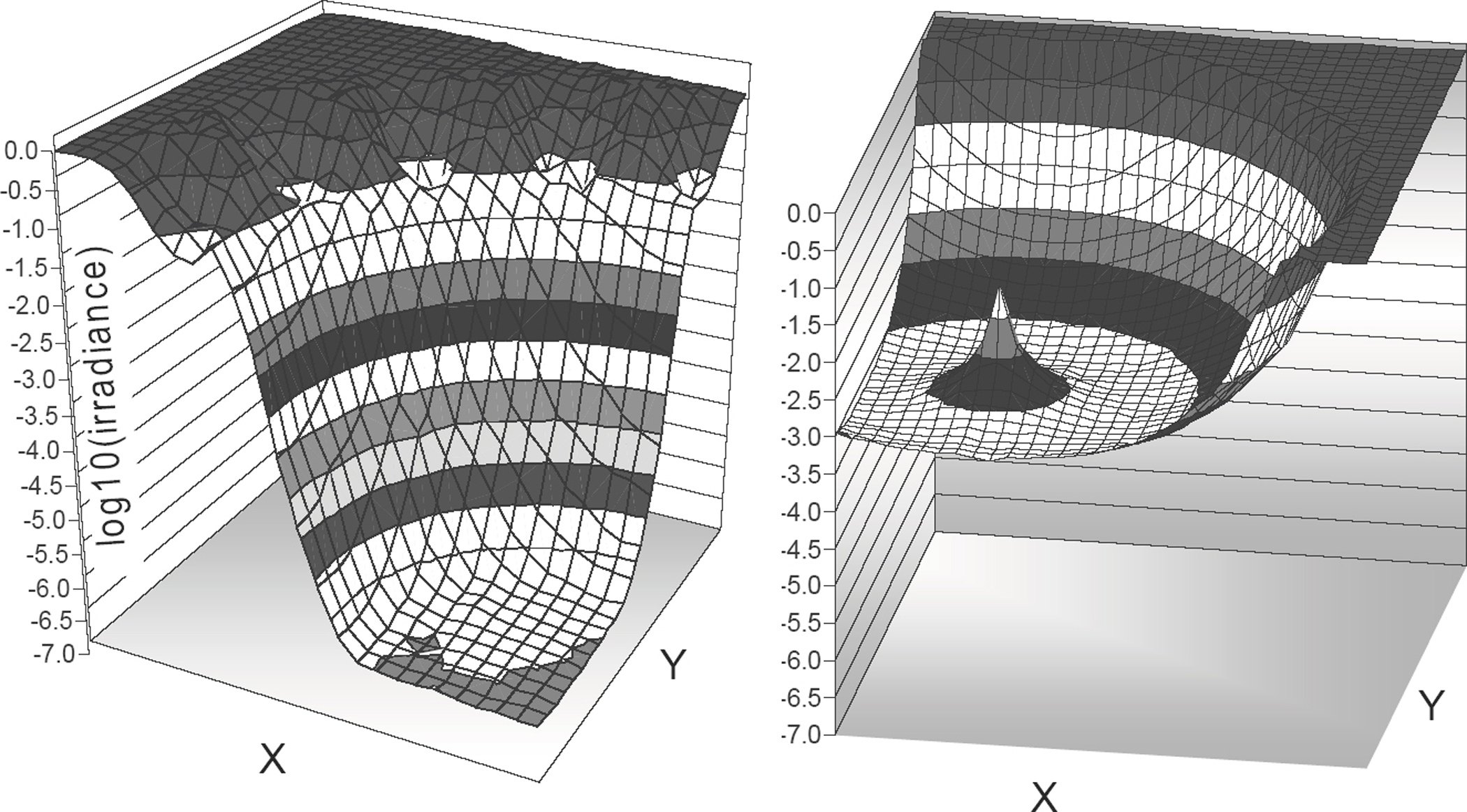 Figure 2. (left) A quadrant of a log10 irradiance map for a 16-petal silicon starshade shows a suppression ratio of 8×10−7. (right) A similarly scaled map for a circular disc occulter illustrates the spot of Arago, which the petal-shaped starshades do not allow to form.

Laboratory measurements demonstrate that NWO's concept starshade sufficiently suppresses starlight so that surrounding planets can be directly imaged. One limitation of the lab setup is the visibly glowing air column illuminated by the sunbeam. We have now transferred the experiment to a newly available 30m-long vacuum tunnel at the National Center for Atmospheric Research in Boulder, CO. Vacuum measurements of more accurate, defect-free starshades will commence once funding resumes.