In industrialized countries, every eighth woman is vulnerable to breast cancer.1 Due to the high mortality caused by this disease, early detection is of pivotal importance for its management. Common medical imaging techniques, such as x-ray radiography, magnetic resonance imaging, and ultrasound can detect tumors. However, they have a major limitation: low contrast leads to insufficient sensitivity, especially for the detection of small tumors with diameters less than 5mm. In addition to these medical imaging methods, optoacoustic imaging (OA), or its homologue photoacoustics (PA), is believed to be a promising tool for breast cancer detection.

Photoacoustics is a hybrid technology based on two disciplines: optics and acoustics. The photoacoustic effect describes how nanosecond pulses of visible or near-infrared (NIR) laser light can induce acoustic waves in biological tissue.2 The absorption of optical energy by a targeted chromophore leads to localized heating and consequently to expansion, causing a high-frequency acoustic pressure pulse that can be detected with conventional ultrasound equipment. By knowing the acoustic velocity of the tissue and measuring the time delay between the generation and detection of the acoustic pressure pulse, we can trace back the origin of the pressure wave. Furthermore, the amplitude of the generated pressure wave is proportional to the absorbance of the tissue.3

Photoacoustics is a promising addition to sonography because optical contrast is typically superior to acoustical contrast in tissue. In addition, detection of an ultrasonic wave instead of light overcomes the scattering that typically limits the application of purely optical imaging methods. Photoacoustics also permits us to obtain physiological information about the constituents of tissues by means of differential spectral absorbance characteristics. We are developing an optoacoustic imaging system (Optoacoustic Plus UltraSound, or OPUS) that seamlessly integrates optics with an conventional ultrasound system for the detection of breast cancer.

The OPUS system consists mainly of a conventional ultrasound scanner and a laser system, as presented schematically in Figure  1. The ultrasound system is a Logiq 9 scanner with a M12L transducer (both GE Healthcare, München, Germany) that takes images at a frame rate of 83 Hz with a modified beamforming algorithm. To achieve an optoacoustic image within a clinically acceptable scan time of about one second, a laser with a high repetition rate is required. The laser system that was developed for this project is a frequency-doubled (λ = 532nm) neodymium:yttrium aluminum garnet (Nd:YAG, modified SpitLight 600, InnoLas, Krailling, Germany) with a pulse length of 7ns and a repetition rate of 100Hz coupled to a tunable near-infrared optical parametric oscillator (GWU, Erfstadt, Germany) to enable measurements at different wavelengths. For image generation, the laser pulses must be synchronized to the frame rate of the ultrasound system, which is achieved by a trigger interface. With this synchronization, the scanner records one or two photoacoustic signals in each frame. By knowing the correlation between the laser trigger rate and the A-line recording rate, we can identify the A-line that contains the PA signal and thus assemble the optoacoustical raw data set. 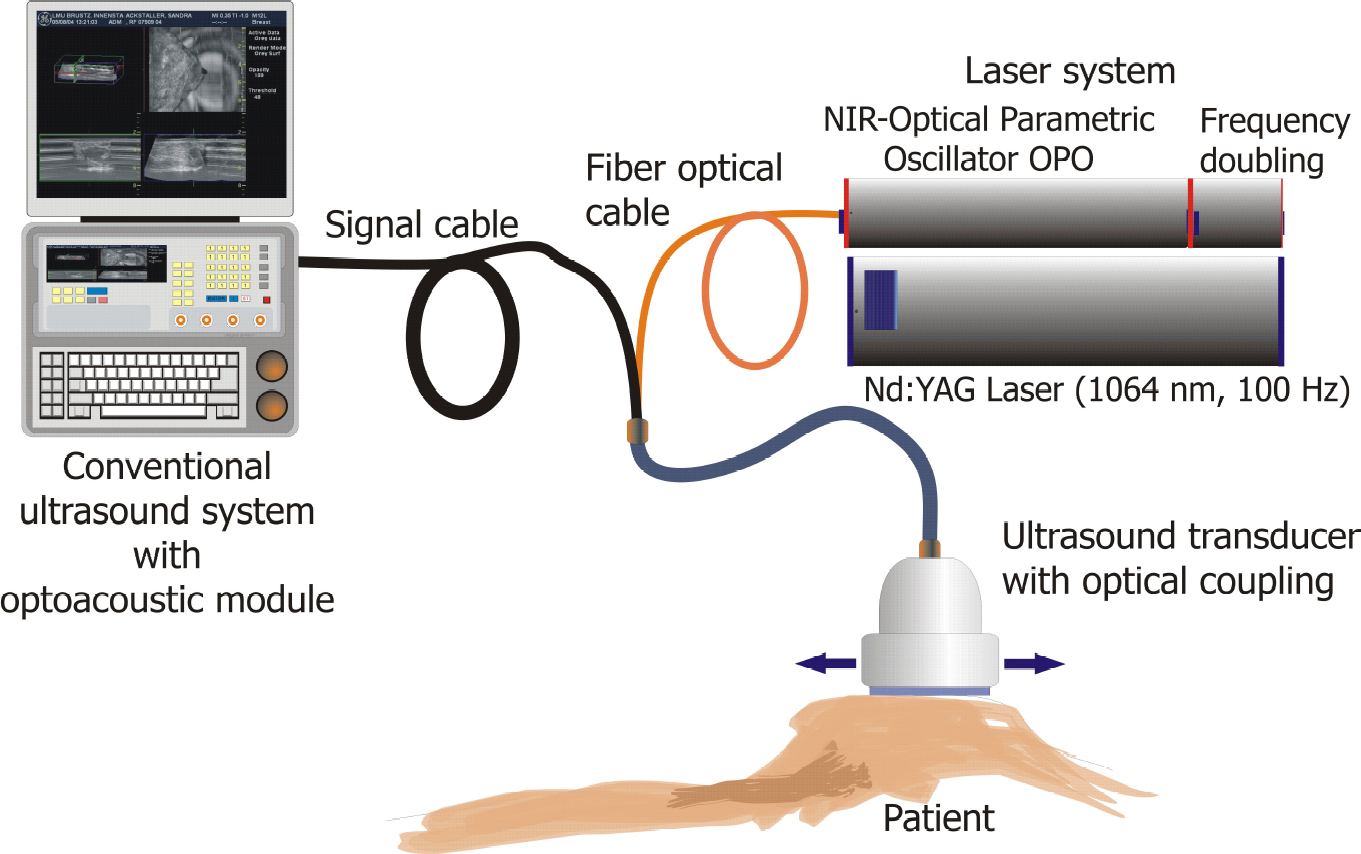 The system was developed as a pure add-on to a conventional ultrasound system, meaning that no changes are made to the ultrasound transducer. Therefore, the optical coupling is built to clip onto the ultrasound transducer, a feature commonly used for other external devices such as biopsy needle guidance or external sensor positioning. To maintain the quality of the ultrasound images, we avoided placing additional optical components between the transducer and tissue for light coupling. The designed fiber-optical unit includes a fiber connector that can be moved along a curved bar to adjust the laser beam to a specific angle between 20° and 80°. In this case, small angles mean a nearly orthogonal incidence of light relative to the tissue surface. Image reconstruction is carried out by a Fourier transformation-based algorithm.9

We tested the system with a tissue-mimicking agar phantom (2%) with 2.5mm-diameter pierced channels at a depth of 15mm. This channels were filled with black inks with well-defined absorption coefficients in the range μa = 3cm−1 to μa = 8 cm−1 at a wavelength of 760nm. The inks were diluted with distilled water. The transducer was placed perpendicular to the channels with a chosen light incidence angle of 40°, which was found to offer the highest sensitivity for this depth. Figure 2 presents a schematic of this setup. For statistical purposes, all channels were measured five times under the same conditions, and a non−pierced agar block was used as a control. 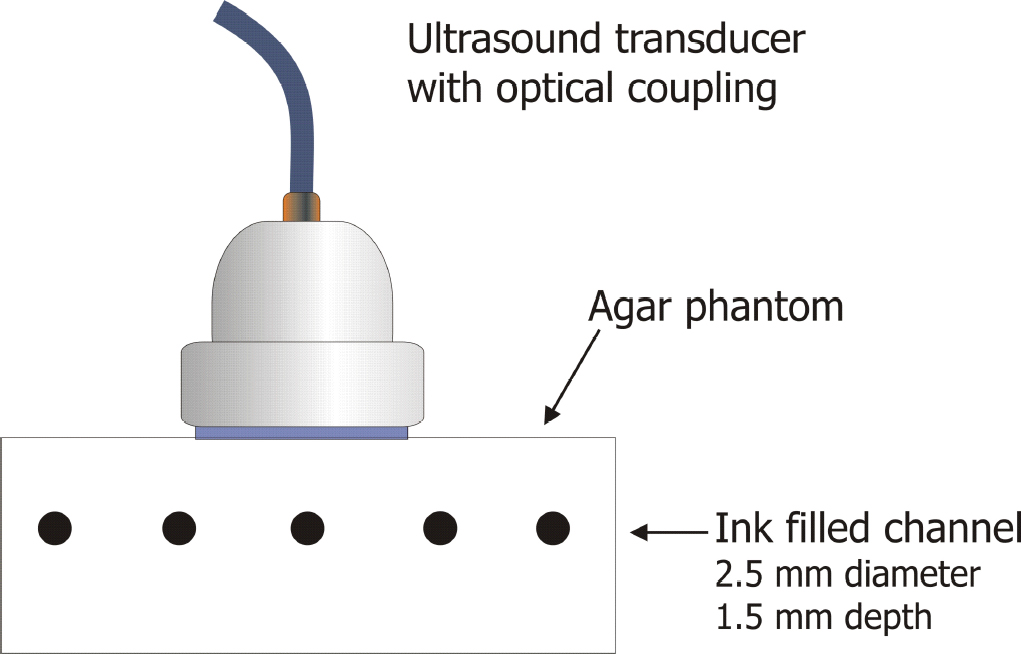 Figure 2. Schematic of a tissue−mimicking agar phantom pierced with channels at a depth of 15mm. These are filled with black ink of defined absorption to investigate the correlation between the photoacoustic signal and the sample absorption.

To evaluate the dependency of the photoacoustic signal on the absorption strength of the fluid in the channels, we chose the five most intense center pixels of each structure in the reconstructed image. Figure 3 presents the results of these measurements. The range corresponding to physiological blood absorption is marked on the graph. Outliers like that at μa = 23.4cm−1 may be caused by incorrect filling, such as by air bubbles enclosed in the ink channels. When measuring blood oxygen saturation, the precision of the measurement, which means a low standard deviation, is more important than low limits of detection. Fluctuations in laser energy were identified as the origin of the relatively high standard deviations in these measurements. Current efforts concentrate on reducing this problem. 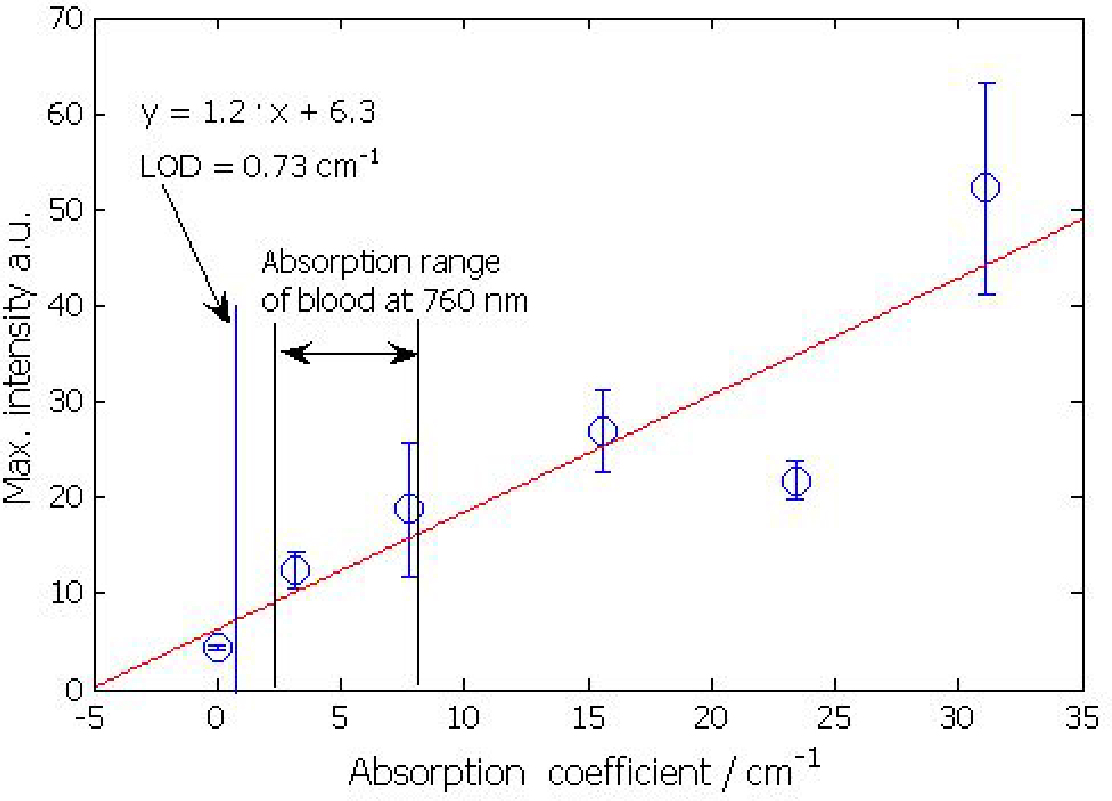 Figure 3. The photoacoustic signal depends on the absorption coefficients of the ink−filled channels measured at 760nm with a 40° light incidence angle. LOD: Limit of detection.

In the first real-life medical application, a photoacoustic image was taken of a human vein in the forearm of the author (see Figure  4). The transducer was positioned perpendicular to the vein at a light incidence angle of 30°. An 8mm-thick piece of agar was used as an interface between the transducer and forearm to enable the imaging of a vein so close to the skin. The structure of the vein is recognizable but slightly blurred due to motion artifacts. Since the primary application of the system is breast cancer detection, the optical coupling is optimized primarily for the detection of objects deeper than 5mm. 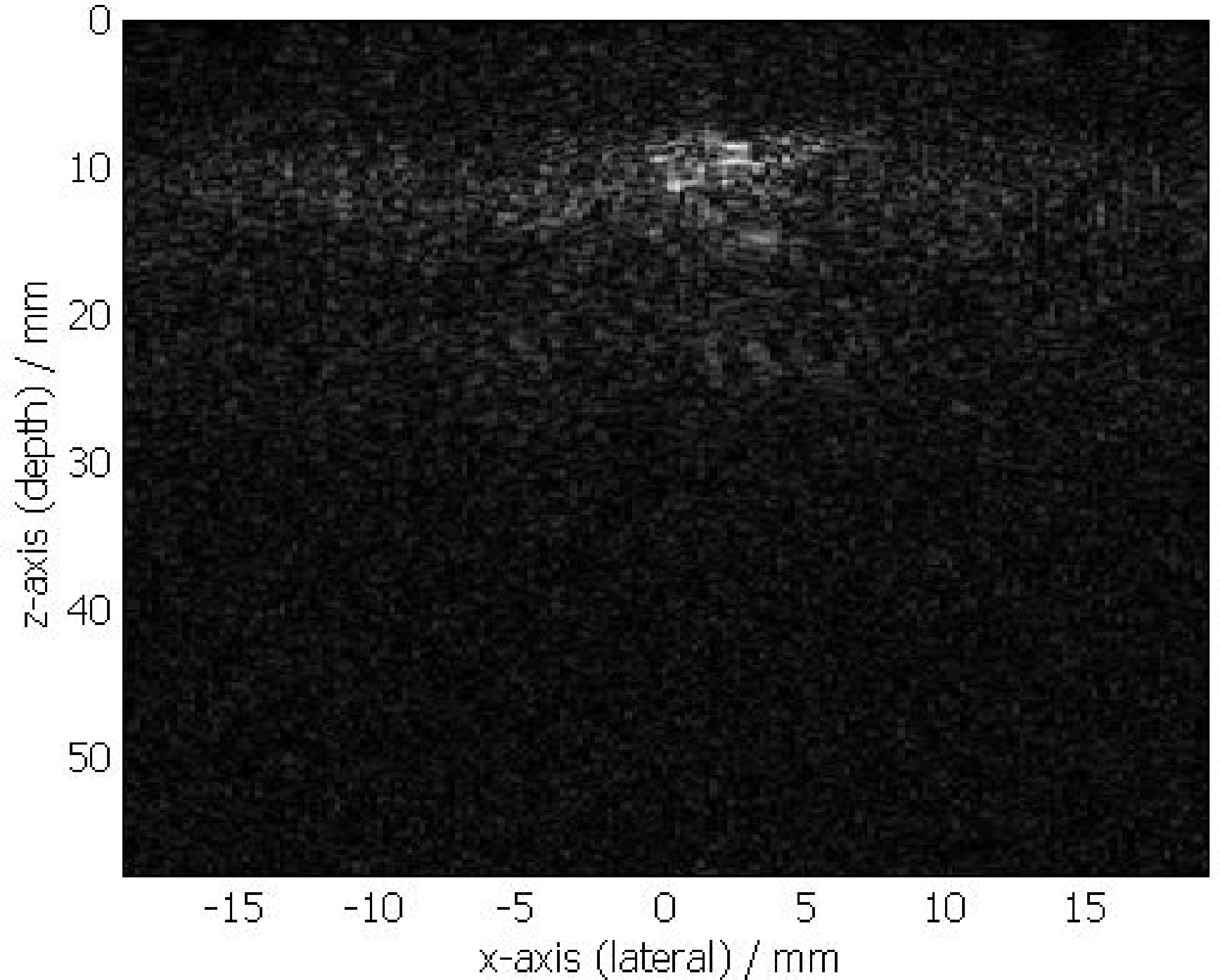 Figure 4. A photoacoustic image of a human forearm recorded under a 30° light incidence angle at 760nm. An 8mm agar block was placed between the ultrasound transducer and the skin.
Conclusion

The OPUS system presents a new approach to combining photoacoustic spectroscopy with a conventional ultrasound system. In this configuration we believe that photoacoustic imaging can become a routine technique. Our results show that spatially resolved, quantitative measurements of absorbing structures are possible with this system. For the detection of breast tumors, which are usually located at a minimum depth of 5mm, the applied light coupling is suitable.

In a next step, optical coupling by an interface between the ultrasound transducer and tissue will be tested with light perpendicular into the tissue so that areas close to the skin will also be in the field of view. The superposition of the photoacoustic and the ultrasound images on one screen is one of the final goals.

This work was supported by the Bavarian State Ministry for the Economy, Infrastructure, Transportation and Technology within the framework of the BayMed program.

Christoph Haisch has headed the Laboratory of Applied Laser Spectroscopy since 2001. After studying general physics at Technische Universität München, he earned a PhD in analytical chemistry and laser spectroscopy. After a postdoctoral fellowship at the Laboratory for Laser Analytics / Commissariat à l'Energie Atomique Saclay and a year in Berlin as research scientist, he returned to TU München in his present position. In recent years, he has published several papers and presented the OPUS photoacoustic/ultrasound system at SPIE conferences in San Jose, CA, USA and Munich, Germany.