A polyhedral model for carbon nanotubes

Carbon nanotubes hold considerable research interest due to their high thermal and electrical conductance and tensile strength. The conventional nanotube model1 is based on rolling a sheet of graphene — a single layer of graphite with a hexagonal lattice — into a cylinder. However, this model neglects the effect of rolling, which introduces an asymmetry not present in the graphene sheet, on the bond lengths and bond angles. As a result, the conventional model incorrectly predicts geometric parameters such as unit length and tube radius.

The smaller the radius of the carbon nanotube, the larger the effect of curvature. Small nanotubes have been investigated by several authors, both with theoretical, ab initio calculations2 as well as experimental growth of carbon nanotubes in zeolite channels.3 We have proposed a new model4 that accounts for curvature and agrees very well with ab initio results2 without intensive computation.

As illustrated in Figure 1, carbon nanotubes are classified by the chiral vector numbers (n,m) that characterise the orientation of the hexagons in a corresponding graphene sheet. Atoms in the graphene that are separated by the chiral vector C=na+mb (where a and b form a non-orthogonal basis for the sheet) represent to the same atom in the nanotube.

In the conventional model, the length of the chiral vector, |C|, is the circumference of the cylinder, and its direction relative to the first basis vector a, is the chiral angle θ0. The translation vector, T, whose length defines the nanotube unit cell length, is perpendicular to C. 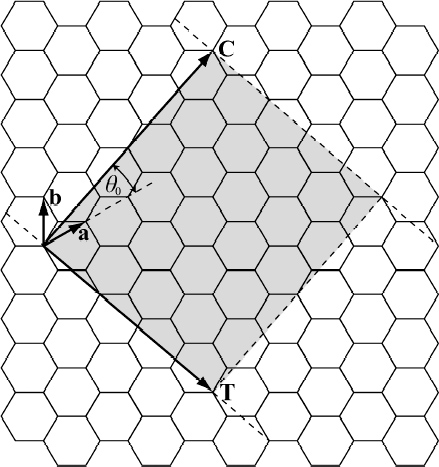 Figure 1. The conventional model describes a carbon nanotube as a graphene sheet, rolled into a cylinder described by basis vectors a and b, chiral angle θ0, chiral vector C and translation vector T. The figure is drawn for a (4,2) nanotube, and the shaded section is one unit cell.

This model tacitly assumes that all bond lengths are equal and all bond angles remain 120°. However, the rolling-up process modifies both the lengths and angles. We postulated that, in the cylindrical state, all bond lengths and all bond angles are equal in the cylindrical state, but may differ from their values in graphene. These postulates lead to a ‘polyhedral’ model, in which atoms are arranged in a tessellation of right triangular pyramids, as shown in Figure 2. We deduced how the angles and lengths depend on the chirality of the nanotube of interest, and derived precise expressions for the chiral angle, bond angle, radius and unit cell length. 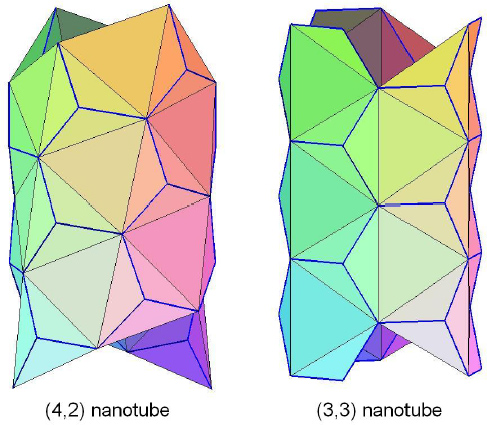 Figure 2. The new model represents carbon nanotubes as polyhedra, with an atom at every vertex. 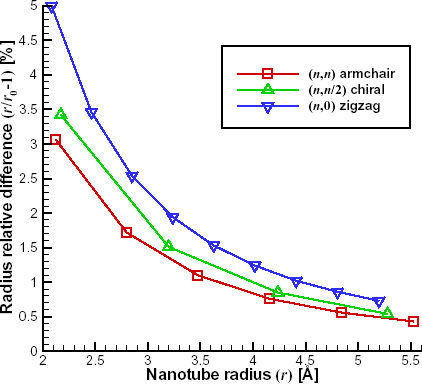 Figures 3 and 4 show the relative difference in radius and unit length between the conventional and new model for nanotubes of different chirality, corresponding to different values of θo. Zigzag nanotubes—those with m=0—are the most sensitive to curvature. 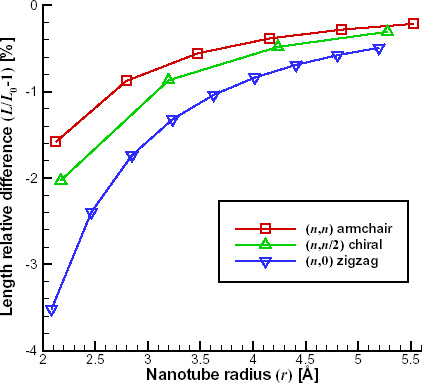 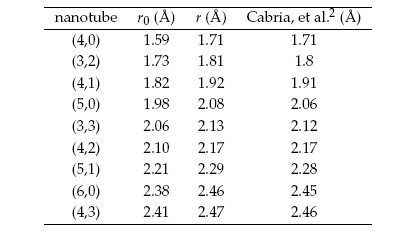 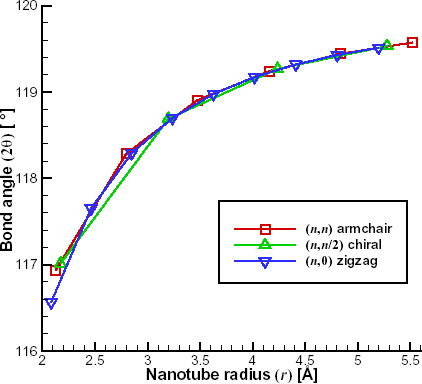 Figure 5. Bond angles for the same nanotubes as in Figures 3 and 4. In the conventional model the angle is always 120°.

Table 1 shows the conventional radius, r0, the radius predicted by the `polyhedral’ model, r, and that determined by Cabria, et al.2. The new model agrees very well with the ab initio results, and is a considerable improvement over the conventional formula for small radius nanotubes.

We have proposed a new “polyhedral” model for carbon nanotube geometry, whose predictions agree well with ab initio studies. In contrast to the ab initio approach, the analytical calculations can be performed in seconds, and the model provides an understanding of the detailed structure of carbon nanotubes that cannot be gained from a purely numerical study. We have used this model to investigate ring-like cage molecules of carbon5 and we are presently applying it to carbon-nanotube junctions.

Barry Cox is a PhD candidate who has been studying nanomechanics under Professor James Hill and Dr. Ngamta Thamwattana at the University of Wollongong since 2004. He has research interests in applied mathematics in nanotechnology. He currently has ten peer-reviewed papers accepted in various physics, chemistry, applied mathematics and cross-disciplinary journals.

James Hill is the Professor of Theoretical Mechanics at the University of Wollongong and head of the Nanomechanics Group. He holds an Australian Professorial Fellowship from the Australian Research Council. He has published over two hundred research papers, five books, and he is on the editorial board of four international journals.