Ahmed Zewail, professor at California Institute of Technology and recipient of the 1999 Nobel Prize in Chemistry, died on 2 August.

Zewail was the sole recipient of the prize for his pioneering developments in femtoscience, making possible observations of atoms in motion on the femtosecond time scale. These developments led to the establishment of the discipline of femtochemistry. More recently, he and his group developed "4D" electron microscopy for the direct visualization in the four dimensions of space and time of materials and biological behaviors.

An enthusiastic advocate and participant in the 2015 International Year of Light, Zewail spoke about light not only in scientific terms. Light, he said in an interview with SPIE, "removes darkness that exists in the world today. All these wars, and what's going on around the world, is because we're not seeing well what's going on with humanity." To that end, he worked to establish the Zewail City of Science and Technology, a science and research university and research center near Cairo.

Zewail was an outspoken advocate for education and government support of science and technology. He wrote numerous articles and delivered speeches urging governments to invest in education rather than weaponry.

He joined Caltech in 1976 as an assistant professor and at the time of his death was the Linus Pauling Professor of Chemistry, professor of physics, and director of the Physical Biology Center for Ultrafast Science and Technology 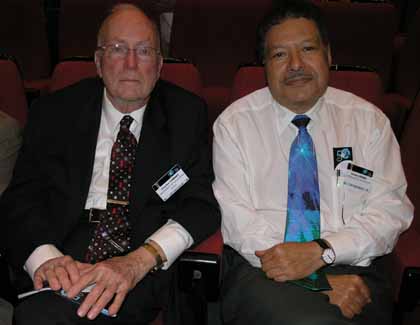