The changing global climate will likely have long-term effects on much of the world's inhabitants regardless of whether the underlying causes are man-made or natural. Among the various effects, the rising sea level will directly affect many millions of people living in low-lying coastal regions. While the ocean's thermal expansion has been the dominant contributor to the recent sea level increase, the potential contribution of discharges from the polar ice sheets in Greenland and Antarctica may present a more significant threat due to their unpredictable response to the changing climate. Accelerated glacier flow rates and surges fuel such concerns.

To understand and predict the role of polar ice sheets in sea-level change is the vision of the Center for Remote Sensing of Ice Sheets (CReSIS),1 a Science and Technology Center established by the US National Science Foundation in 2005 at the University of Kansas. Our mission is “to develop technologies; conduct field investigations; compile and analyze data to characterize ongoing rapid changes in polar ice sheets and to develop models that explain and predict ice-sheet interactions with climate and sea level.” Toward this end, ice-sheet modelers require full characterization of ice sheets and their boundary conditions in rapidly changing polar regions.

While surface features (elevation, temperature, flow rates, etc.) are readily observable, details on the hidden part of the ice sheets have been largely elusive until the advent of radio echo sounding in the early 1960s.2 These nadir-looking radars, operating in the high frequency (HF), very high frequency (VHF), or ultra-high frequency (UHF) bands, have enabled glaciologists to map ice thickness as well as the internal ice layers (isocrones) over vast areas from both the surface and the air. In addition to subglacial terrain elevation, these radar data also reveal terrain roughness and, in some cases, the presence of liquid water at the base through bottom echo analysis.

Figure 2. Sequence 6 of the f-k migrated data from 22 July 2005 demonstrates depth-sounder mode operation. The bed echo is distinct at around 3km depth. The isocrones are smooth and parallel to depths of 2700m, below which more complex structures are seen.

To provide data required by ice-sheet modelers, a multi-channel, surface-based, pulsed linear-FM (chirping from 120 to 300MHz) radar3 was developed and deployed to Summit Camp, Greenland (72.5667°N, 38.4833°W). The sled-mounted antennas were towed behind a tracked vehicle, as shown in Figure 1. Signals from eight linearly arrayed, low-gain receive antennas were recorded separately, enabling digital beam steering so that data for conventional depth sounding and left- and right-looking SAR imaging could be collected simultaneously. Figure 2 shows the lower 100m from a sample of the processed nadir-looking depth sounder data where both the strong bed echo and the isocrones are clearly discernable.

Figure 4. This cross-section of the SAR mosaic shows the groups of three images that should have the fewest discontinuities because of the smallest change in incidence angle.

SAR processing of the bed echo data produced eight complex SAR images that were combined to alternatively form image swaths extending 500 to 1500m to the left and right of the nadir track (see Figure 3). Degraded cross-range resolution at near-nadir angles precludes SAR imaging from 0 to 500m beneath the radar. Contiguous bed imaging required a series of parallel traverses as shown in Figure 4. The resulting 120 to 200MHz SAR image mosaic of the bed terrain beneath the 3km ice sheet (Figure 5) is the first ever produced through a thick ice sheet. A 210 to 290MHz image was also produced.

Subglacial terrain imaging is a powerful glaciological tool. Future enhancements to be explored include migration to airborne data collection for increased spatial coverage and interferometric processing to produce elevation maps of subglacial terrain. Combined with innovations in seismic, polarimetric, and bistatic radar that are being developed, CReSIS will provide the data needed by the models capable of predicting the ice sheet's response to the changing climate.

The results reported here are a product of work supported by the National Science Foundation (ANT-0424589 & OPP0122520), NASA (NAG5-12659), the Kansas Technology Enterprise Corporation (KTEC), and the University of Kansas.

Chris Allen is an electrical engineering professor at the University of Kansas and Associate Director for Technology in the Center for Remote Sensing of Ice Sheets. He was previously with Allied-Signal in Kansas City and Sandia National Laboratory in Albuquerque. Dr. Allen is a senior member of the IEEE.

John Paden is a software development engineer with Vexcel Corporation in Boulder, Colorado. In 2006 he completed his PhD in electrical engineering at the University of Kansas with his research focusing on radar remote sensing of ice sheets. 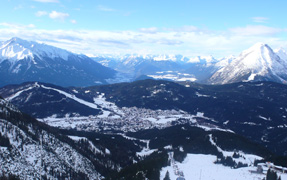 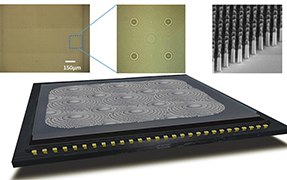