Outstanding achievements in optics and photonics honored at ZEISS Symposium 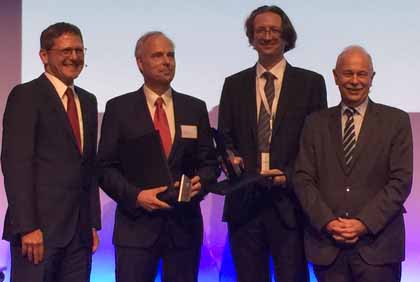 At the award ceremony in Oberkochen, Germany: ZEISS president and CEO Michael Kaschke, award winners Jörg Wrachtrup and Fedor Jelezko, and Jürgen Mlynek, member of the Supervisory Board at Carl Zeiss AG.

Fedor Jelezko and Jörg Wrachtrup are the 2016 winners of the ZEISS Research Award for their outstanding work on quantum technology with optically addressable spins in diamond.

The award was presented at the ZEISS Symposium on 23 June in Oberkochen, Germany. During this event international experts will conduct discussions and identify trends and requirements in the fields of optics and photonics that are being strongly influenced and changed by the increasing level digitization in the modern world. These include, for example, computational imaging, computer vision and machine learning, large data in optics, and virtual and augmented reality.

The ZEISS Research Award will be presented every two years and has been allocated prize money totaling 40,000 euros.

Also at the symposium, the Ernst Abbe Fund in the Donors' Association for the Promotion of Sciences and Humanities in Germany presented a new research award: the Carl Zeiss Award for Young Researchers. The winners in 2016 are: 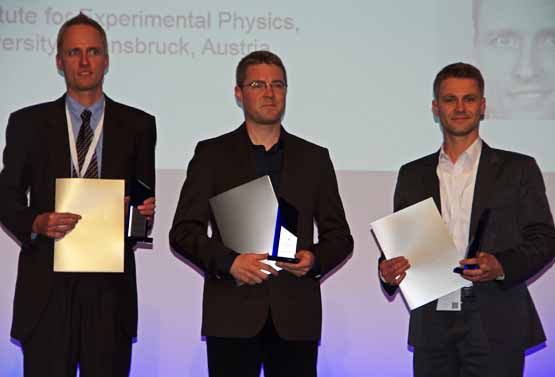 ZEISS founder Carl Zeiss was born in the German city of Weimar on 11 September 1816. The ZEISS company is celebrating his 200th birthday with many different activities and events. Zeiss opened a small workshop for precision mechanics and optics in Jena in 1846, laying the foundation for the reputation of Jena as an international center for optics and photonics and home to numerous companies and prestigious research institutes.