A source consisting of different-wavelength light-emitting diodes and tunable acousto-optic filters provides fast switching between arbitrary wavelengths from 360nm to 720nm.
04 May 2007
Alexei Kamshilin, Boris S. Gurevich, Andrey V. Belyaev and Serguei V. Andreev
Spectral analysis is a basic technique used to characterize, classify, and identify materials. The new challenge is to develop methods and tools that can be used to collect the required spectra within a period short enough to allow the study of spectrum dynamics. An instrument this fast would be particularly useful for researchers who study living biological objects. Usually, the approach to taking this kind of fast spectral measurement involves illumination with a white-band light source (like a xenon lamp) and the measurement of the spectrally decomposed components using a charge-coupled-device (CCD) camera. Unfortunately, however, this approach cannot be used to measure the two-dimensional distribution of reflection spectra because it does not provide high enough spatial resolution and requires mechanical scanning of the object to be studied.
It is also desirable to design a system that is smaller in size, weight, and energy consumption than currently available spectral devices. To achieve this, we have been developing a novel light source that is completely controlled by a computer and which allows wavelength scanning over the entire visible spectrum within 2ms. Recent progress makes light-emitting diodes (LEDs) very attractive for use as light sources for this type of spectral measuring system: they are cheap and robust and have high efficiency and brightness. In addition, it is straightforward to bring together a set of LEDs that generate light at different wavelengths and covering the whole visible range. The challenge is to design an optical scheme that efficiently combines the light from these LEDs.

Figure 1. Schematic view of the computer-controlled light source including a set of light-emitting diodes, a beam combiner, and a tunable acousto-optic filter (TAOF).
To control the parameters of the output light we use a tunable acousto-optic filter (TAOF). As is well known,1 by changing the frequency of the acoustic wave excited in the TAOF, we can readily vary the wavelength of the filtered light: and do it faster than is possible with other tunable spectral filters. It is worth noting that its efficient performance requires that the light from the different LEDs is incident on the filter at the same angle. This combining function was performed using conventional diffraction grating. Figure 1 shows the principal layout of the optical part of the light source (but not correct scaling or angular positioning of the elements).
We have developed a first prototype of the light source. It consists of 18 commercially available light-emitting diodes and two tunable acousto-optic filters: there are no mechanically moving parts. The spectral bandwidth of each individual LED varies from 20-50nm. The TAOF reduces the bandwidth of the output spectral line down to 3-8nm. At any given moment, the device generates quasi-monochromatic light. The typical spectral shape of the light generated by our device at different wavelengths is shown in the Figure 2. The switching time between two arbitrarily chosen wavelengths is 30µs. Therefore, any sequence of 70 wavelength intervals can be scanned as fast as within 2ms. 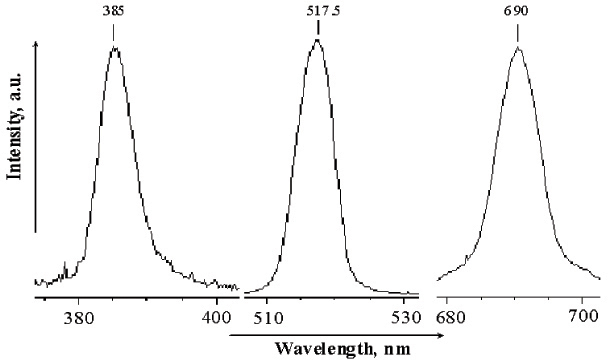 Figure 2. The spectral shape of the emitted light.
The electronics unit was designed to control the injection current of the LEDs and both the frequency and the amplitude of the acoustic wave. It also includes a microprocessor that performs data exchange with a personal computer. Specially designed software allows an operator to create any required sequence of wavelengths, each with the required output power and exposure time. The maximal output power of the emitted light as a function of the wavelength is shown in Figure 3. The peak wavelength of any spectral line is very stable because it is defined by the frequency of the acoustic wave, which is readily stabilized by an appropriately designed electronic circuit. 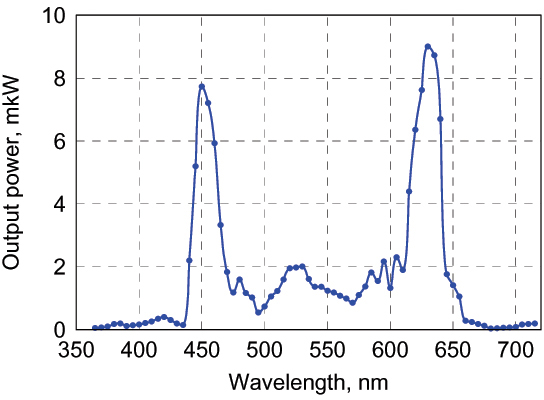 Figure 3. The spectral dependence of the maximal output power.
The device performance is fully controlled by the personal computer so that the wavelength, duration, output power of each emission can be set by the operator based on the required application. In total, 70 distinguishable spectral lines can be generated covering the spectrum from 360nm to 720nm. As can be seen in Figure 3, there is no spectral hole. However, the output power is only few microwatts and suffers a significant drop in the ultraviolet and infrared.
It is certainly desirable to increase the output power. In the first prototype we have used conventional lenses to combine the light from different LEDs. However, we have found that this architecture leads to rather high optical losses. Significant improvement of the light source performance can be achieved by using LEDs coupled with multimode optical fibers. Our preliminary experiments show that the output power can be increased by an order of magnitude.
To speed up measurement of two-dimensional distribution of reflection spectra, we have designed a novel light source that provides fast wavelength scanning over an arbitrary sequence. So far our results have shown that the whole visual spectrum can be covered, though not with high output power. Our next step will be to increase the output power by using more-advanced LEDs and improved optical design.
Financial support of the Academy of Finland (the project 107554) is acknowledged.
Alexei Kamshilin
Department of Physics, University of Kuopio
Kuopio, Finland
Boris S. Gurevich, Andrey V. Belyaev, Serguei V. Andreev
Scientific Instruments Ltd.
St. Petersburg, Russia
1. Adrian Korpel,
Acousto-optics,
Marcel Dekker, New York, 1988.
Recent News
Smart glass has a bright future
Publications
SPIE Digital Library extends institutional subscription price reduction for 2022
Press Releases
Nonlinear wave mixing facilitates subwavelength imaging
Publications