Emil Wolf, a pioneer in optical physics, died on 2 June. He was 95.

Wolf, the Wilson Professor of Optical Physics at the University of Rochester, where he had taught and worked for nearly 60 years, co-wrote with Nobel laureate Max Born the most cited textbook in physics, Principles of Optics (1958). His book Optical Coherence and Quantum Optics (1995), written with Len Mandel, is also considered a modern classic.

Born 30 July, 1922, Wolf fled his native city of Prague, Czechoslovakia, and the occupying Nazis, ultimately landing in England where he gained his doctorate in mathematics in 1948 at Bristol University. He then worked with Born at the University of Edinburgh, did his post-graduate work at the University of Manchester, and joined Rochester in 1959.

"Emil had a big involvement in my life," says Brian J. Thompson, provost emeritus at the University of Rochester and an SPIE past president. "I was doing my graduate work at Manchester University, at the Institute of Science and Technology, and I read a paper of his. I didn't know where he was, but the paper was about the idea of partial coherence in light and I was interested in that because I was doing work in optical processing: my department's main thrust was in x-ray diffraction, and I was working on an optical analogue. Then, just by chance, I found out he was just down the road, on the university's main campus. He was working on Principles of Optics, his magnum opus and a first-class work and he called my department: Charles Taylor and Henry Lipson, my mentors, were doing optical diffraction. Emil wanted to make sure his book wasn't just theory, he wanted lots of experimentation, so he called Henry Lipson, the chair of my department, who said to Emil, 'I don't want to do it, but I know of someone here who would love to do it.' That was me! We got along extremely well from that point onwards. Emil was always willing to help, not by challenging you, but by treating you as a colleague. He was a very interesting guy to work with and we became very good friends." 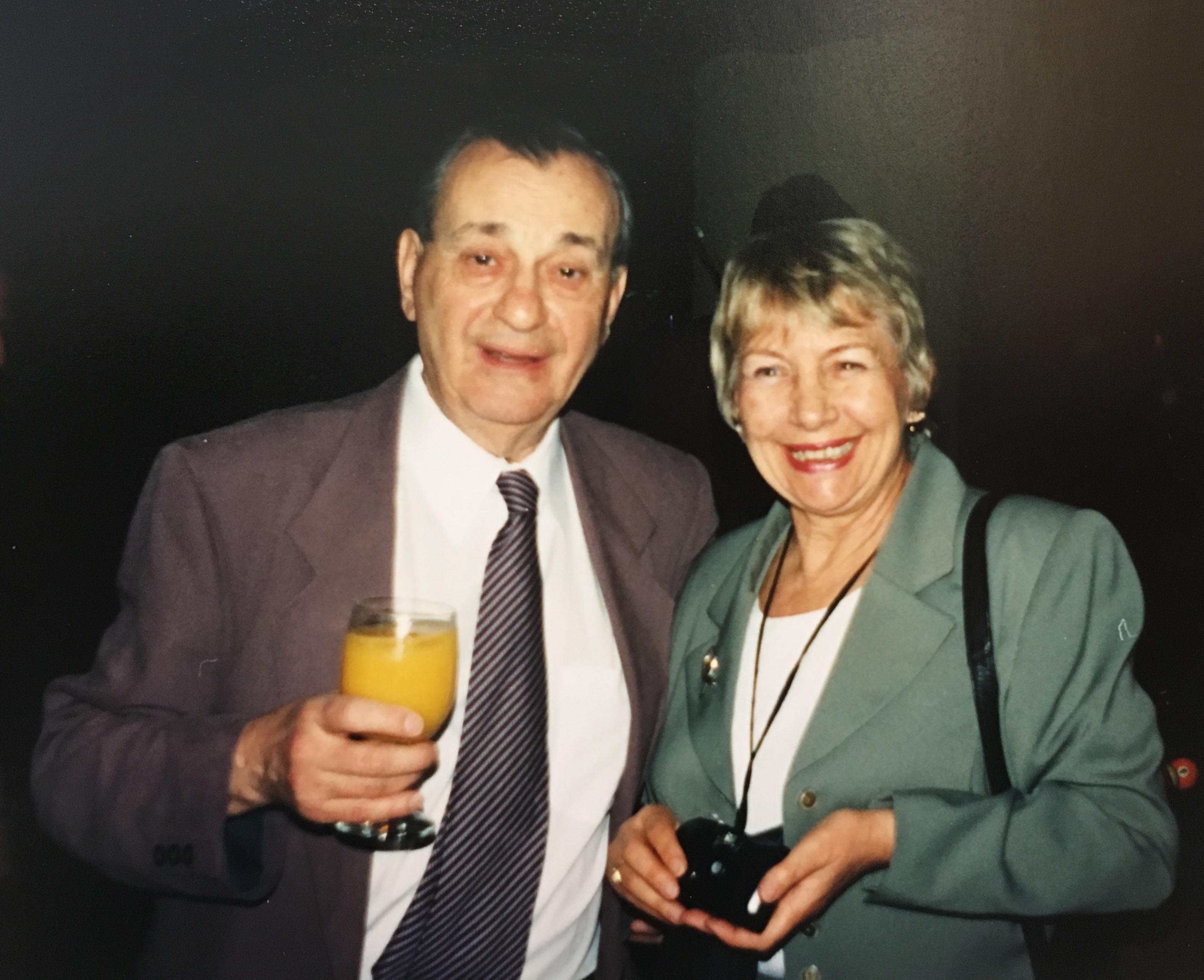 Emil Wolf and his wife, Marlies, in 2001. Courtesy of Greg Gbur.

"Emil had a wonderful enthusiasm not only for science, which he excelled at, but for his friendships, and for life in general," notes SPIE member Greg Gbur, a professor of physics and optical science at the University of North Carolina at Charlotte who wrote a tremendous tribute to Wolf. "His enthusiasm and good nature was infectious to those who worked with him, and being with Emil always inspired me to challenge myself more both in my optics research and in being a better human being. I feel confident in saying that I would not have made it through my own PhD, and onward to my professorship, without his support, patience, and guidance."

In 2004, SPIE published Tribute to Emil Wolf: Science and Engineering Legacy of Physical Optics, ed. Tomasz P. Jannson, with contributions from Thompson, Jannson, Christian Brosseau, Girish Agarwal, Ari Friberg, and many others. The book also includes a tribute to Born by Wolf, who recalled: "It so happened that within about two years after the publication of our book...the laser was invented and optical physicists and engineers then became greatly interested in questions of coherence. Our book was the first that dealt in depth with this subject, and Born was then as pleased as I was that the chapter was included. Our book was also one of the first textbooks containing an account of holography. [Dennis] Gabor was very happy about it. As I approach the end of my reminiscences about Max Born, I would like to say that I hope my talk conveyed to you the warmth and the affection with which he remains in my memory, not only as a great scientist, but also as a kind and remarkable human being. My feelings about our collaboration are well described by exactly the same words that Born used when he spoke about his association with David Hilbert, quoted earlier, namely that my appointment with him was precious to me beyond description, because it enabled me to see and to talk to him every day."

In a wonderful re-affirmation of partnership, professionalism, and friendship, similar tributes to Wolf are being shared by his colleagues and friends today.
Wolf won many recognitions and awards during his lifetime including the Frederic Ives Medal of the Optical Society of America (1977), the Albert A. Michelson Medal of the Franklin Institute (1980), the Gold Medal of Palacky University of Olomouc, Czechoslovakia (1991), and the SPIE G.G. Stokes Award (2010).

He is survived by his wife, Marlies, his daughter, Paula, and his son, Bruno.