After showing that the radiation pressure from focused laser light was capable of manipulating small neutral particles,1 Ashkin invented the optical tweezer, now widely used in the biological sciences to manipulate objects.2 The most basic type of optical tweezer uses a high-precision microscope to focus a laser beam to a spot within a sample, creating an optical trap capable of holding a small particle in its center. The technique is particularly useful because one can drive and control the motion of objects in a non-contact mode. Its application, however, is limited to small objects, typically 100μm or smaller, because the technique can only apply forces in the pN range. It is estimated that only about 10−10% of the light energy is used for driving the object.3 Hence, if the efficiency of converting light into mechanical energy could be improved, a new range of applications could emerge. The light energy is actually high enough to manipulate much larger objects. For instance, a laser output of 10W corresponds to power capable of accelerating a 1kg-object from rest to a speed of 5m/s in one second, or moving it upward at a constant speed of 1m/s.

Various types of light-driven actuators have been proposed.3–5 In most designs, laser irradiation induces heat, electricity, or phase transition and the subsequent volume change produces mechanical motion. Their energy conversion efficiency is generally higher than that of the optical tweezer itself (10−5–10−1 %). However, walk-like cycles consisting of several strokes are required to convert the motion of the actuator element (usually bending) into a useful form of translational or rotary motion. This not only degrades the overall conversion efficiency but, worse, also slows down the operation speed, leading to a significant reduction in actuator power.

Based on the above considerations, I designed the light-driven actuators shown in Figure 1, called laser motors3 by analogy with conventional motors. The schemes are based on light pulses from two pulsed lasers that generate a traveling elastic wave in a solid. This can be achieved using various methods including heat deposition, ablation, or the photovoltaic effect. Typically, a Rayleigh wave is generated, although a bulk wave will also work.6 A Rayleigh wave is a surface wave such that each portion exhibits circular motion along the surface of the object (see Figure 2). Hence, if another object is pressed against the first, relative motion is induced as the second object is driven in the direction opposite to that of wave propagation. Rotary or translational motion can thus be generated without any cycle requirement. 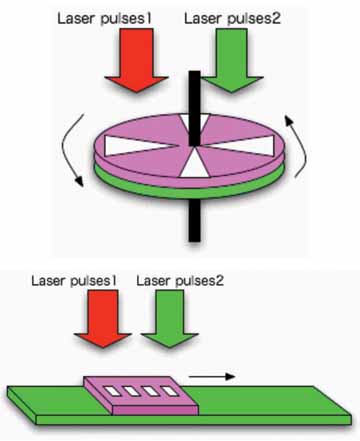 Figure 2. Generation of relative motion between two objects induced by a Rayleigh wave.

To demonstrate elastic wave generation, we performed an experiment using a Q-switched Nd:YAG laser (wavelength=1064nm) and a copper ring as target. A clearly-defined elastic wave of a single frequency was observed by tuning the repetition rate to the resonant frequency of the target (see Figure 3).7 The amplitude of the vibration was of the order of 10nm, which could be increased by using a higher Q-factor material, or by resorting to excitation methods more efficient than heat deposition. One of the advantages of light-driven actuators is that the driving light doubles as the control signal, which eliminates the need for other control channels.

Figure 3. Induction of an elastic wave of single frequency: oscilloscope trace of the voltage signal from the transducer attached on the surface of the copper ring target (green trace). The bottom trace is the photodetector signal showing the irradiation timing. The horizontal scale is 200μs/division.

The laser motor can also easily be reversed, simply by changing the irradiation timing. If two elastic waves,

, are excited by two sets of laser pulse trains, their superposition,

, yields a traveling wave in the +z direction. If we shift the irradiation timing of A2(z,t) and use

instead, the superposition becomes 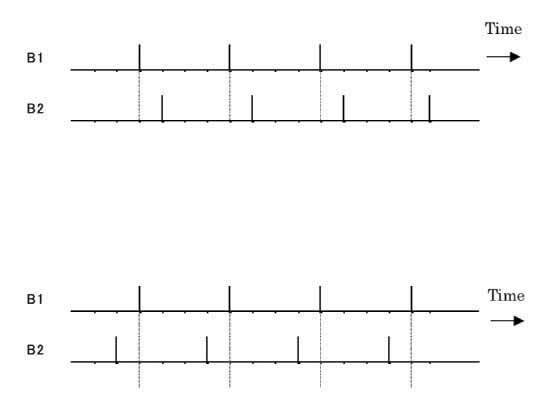 Figure 4. Irradiation timing of two laser pulse trains, B1 and B2. The to and bottom schemes rotate the motor in opposite directions.

Light-driven actuators have attractive properties. First, energy is delivered in a non-contact mode and an object can be remotely driven. Moreover, these devices can be controlled by light, so other control methods are unnecessary. Since there is no need for batteries or other energy sources, they can also be very small and light. Another advantage is their high tolerance for electro-magnetic noise. These properties make them promising candidates for new applications seeking to replace conventional motors, while allowing them to be used in environments in which conventional actuators cannot be used.

In summary, I have designed a potentially efficient light-to-mechanical-energy converter, a new laser motor that works by irradiation from two sets of pulsed lasers, controlled by their irradiation timing. It operates continuously and is potentially fast and efficient. Its unique properties may enable the development of various novel applications such as micro-robots, ultra-light climbers, and remotely operated screws.

Hideki Okamura is currently assistant professor of physics at International Christian University. He received his PhD from the University of Tokyo in 1994. His research interests include light-driven actuators, trapping of neutral molecules by laser, laser isotope separation, high-resolution spectroscopy of atoms and molecules, laser-assisted time-of-flight spectroscopy, and non-linear optics.